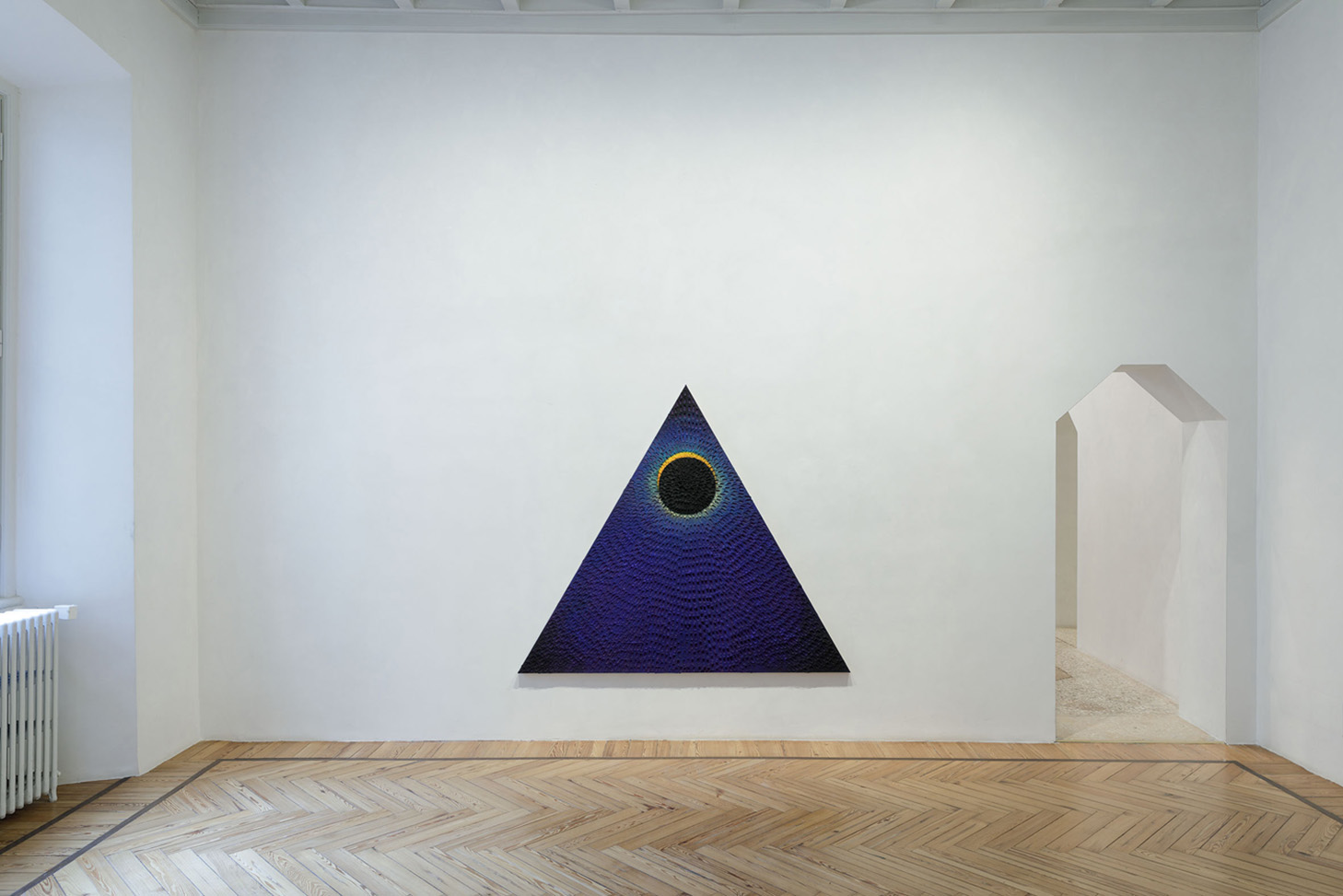 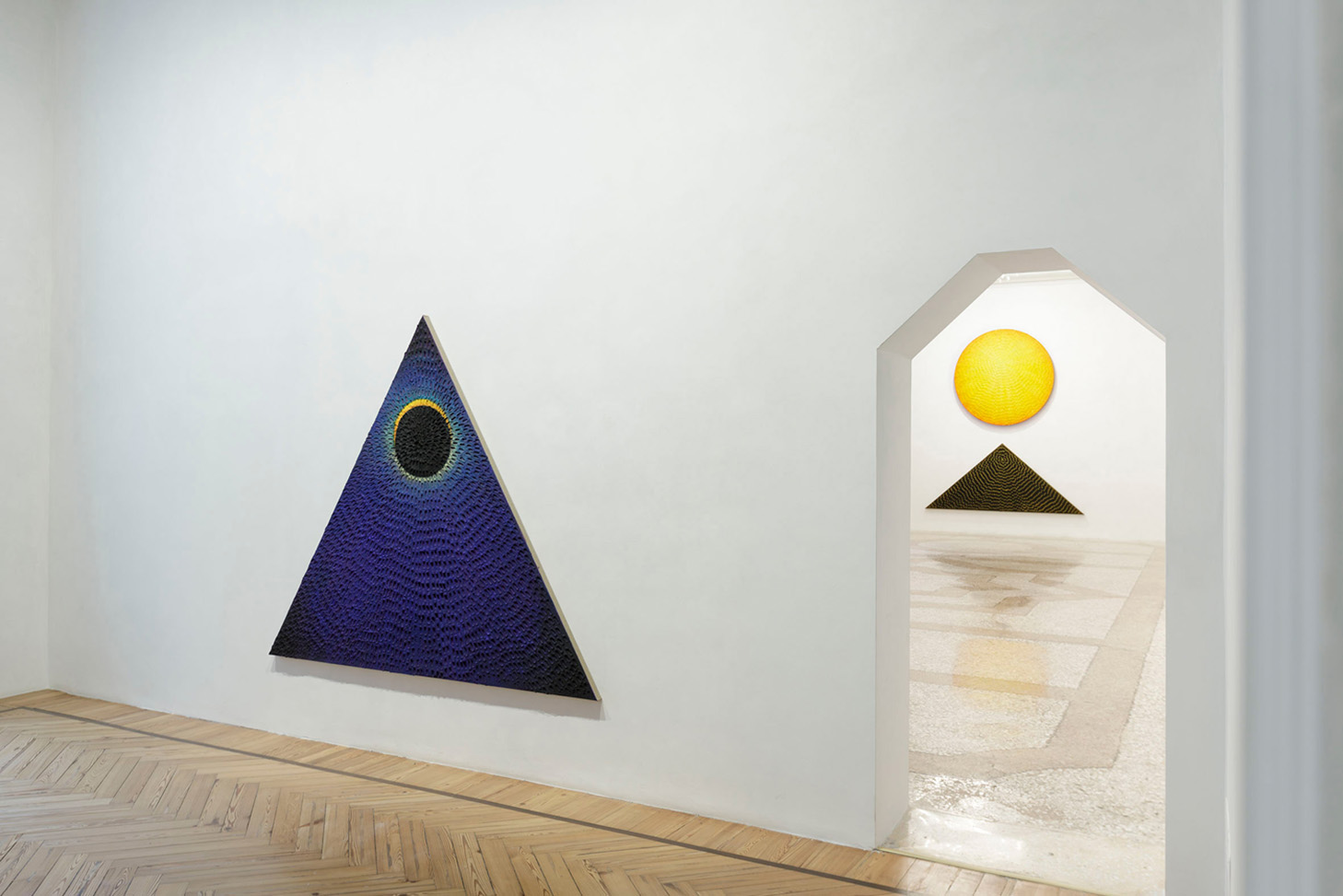 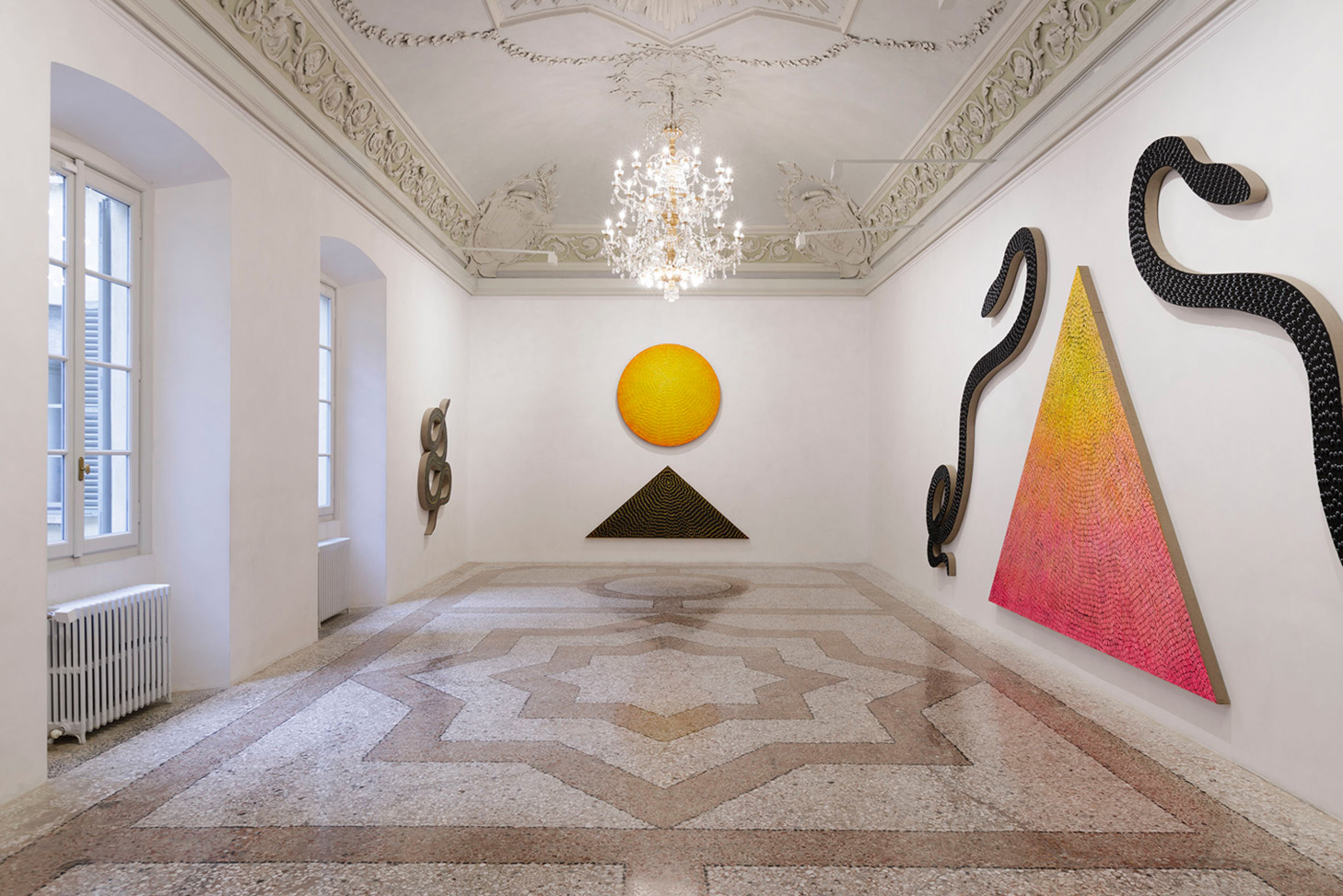 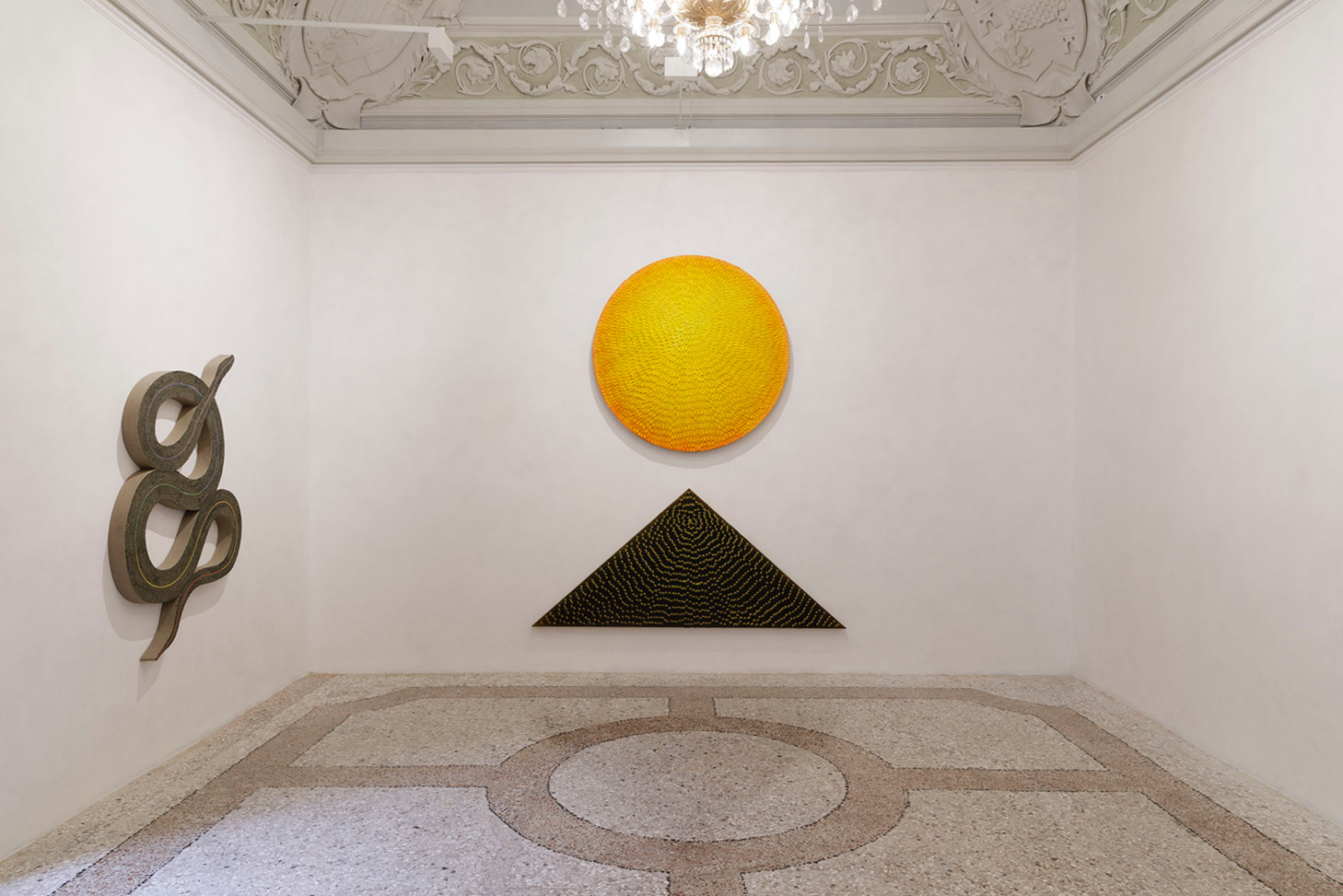 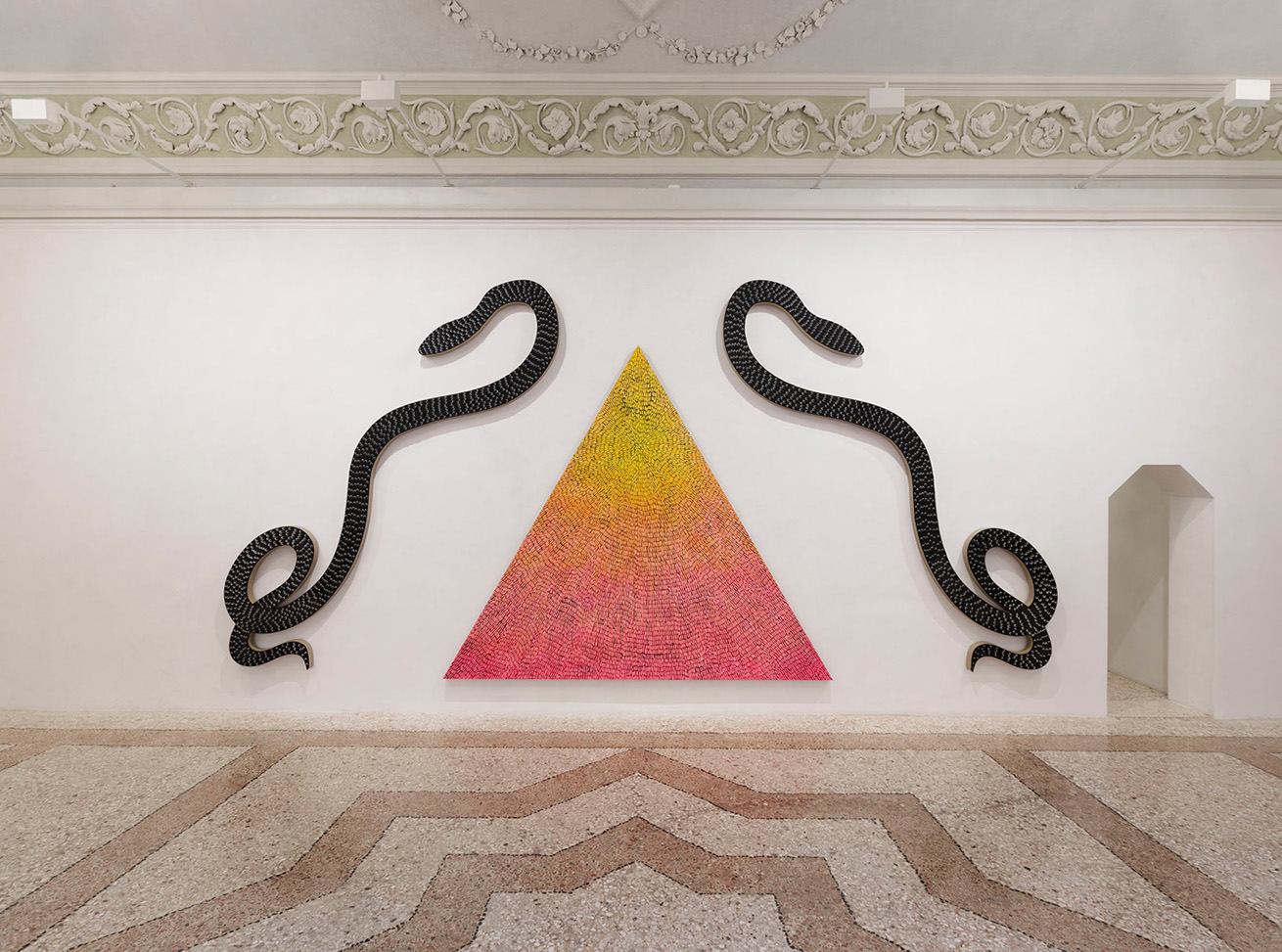 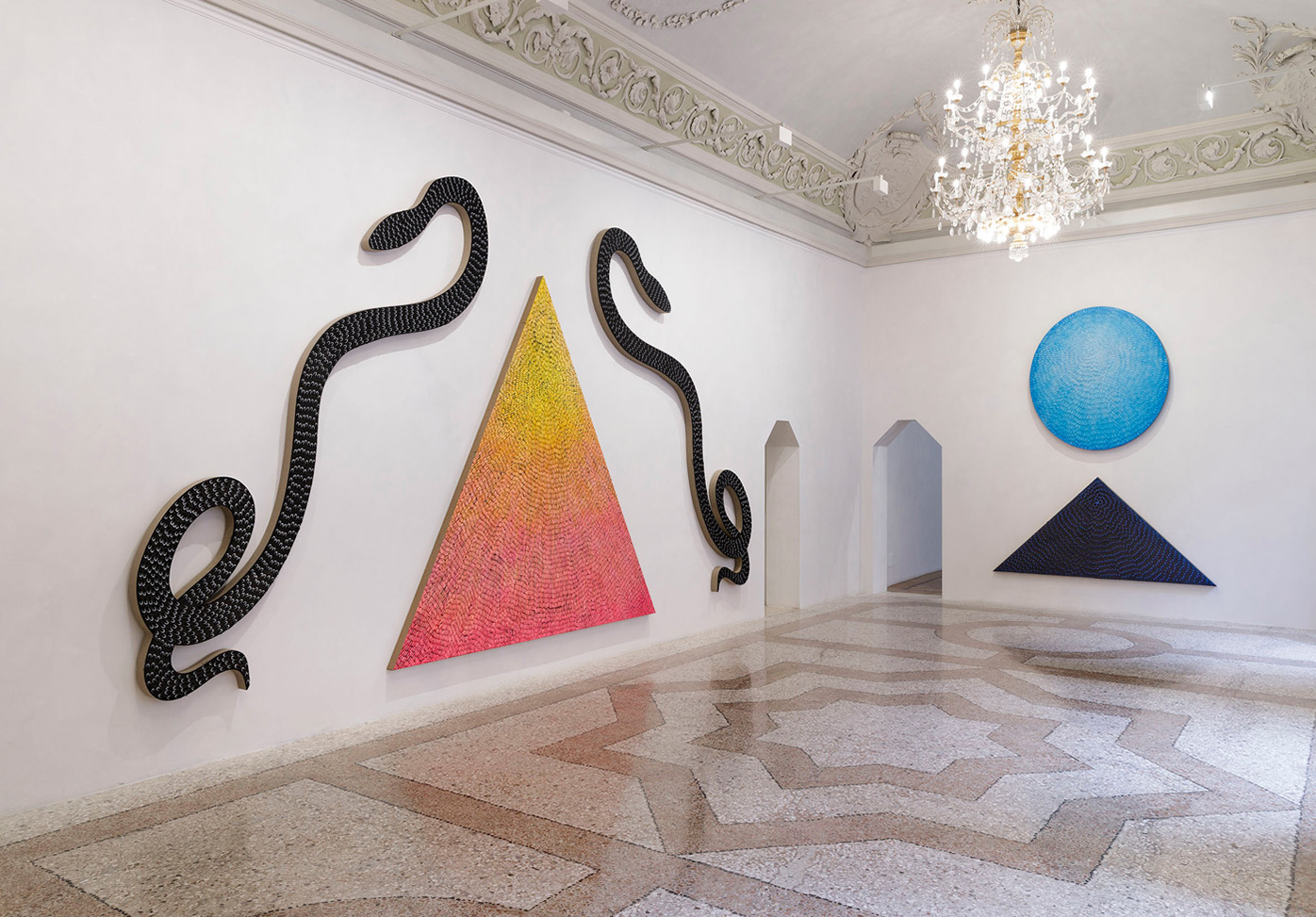 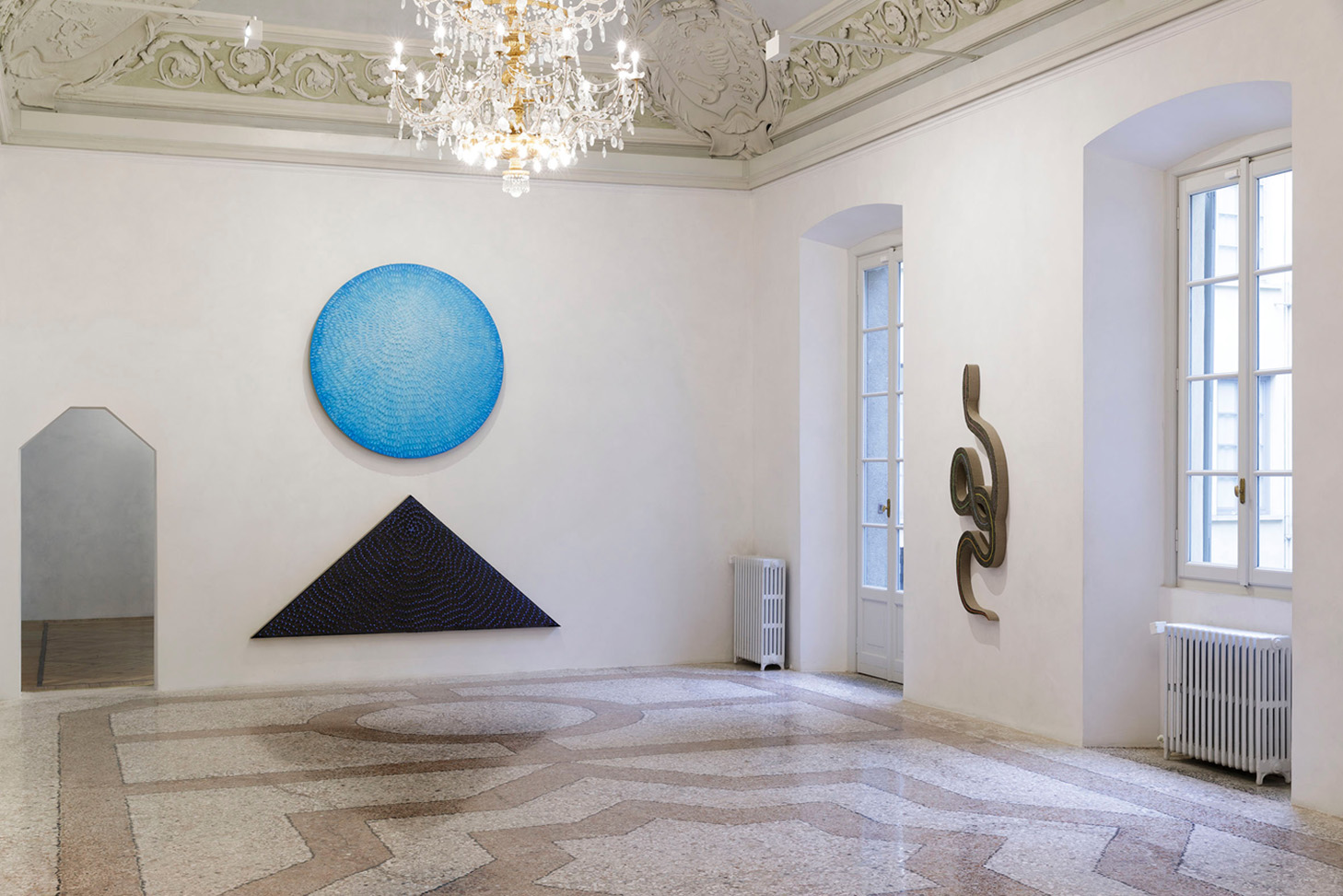 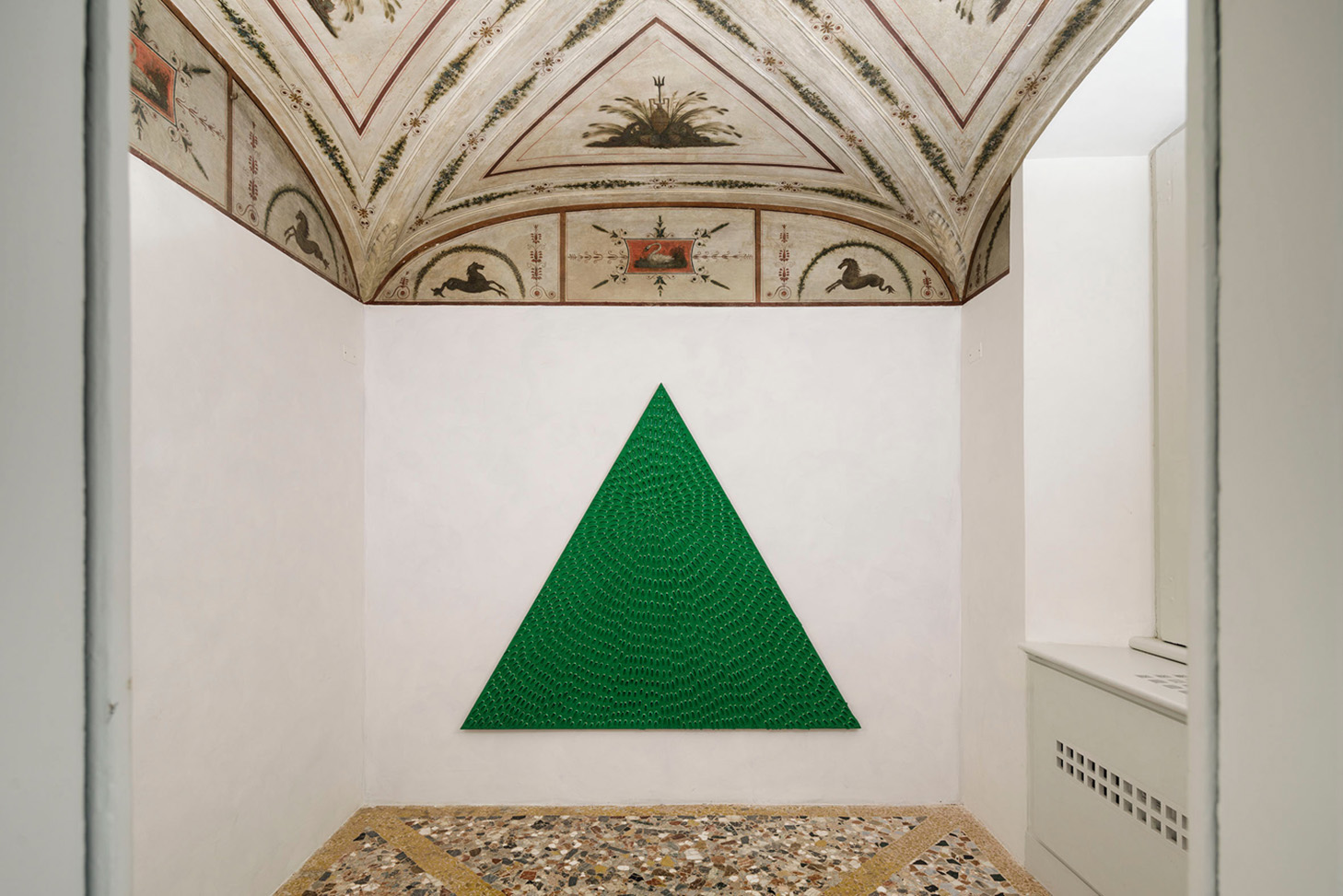 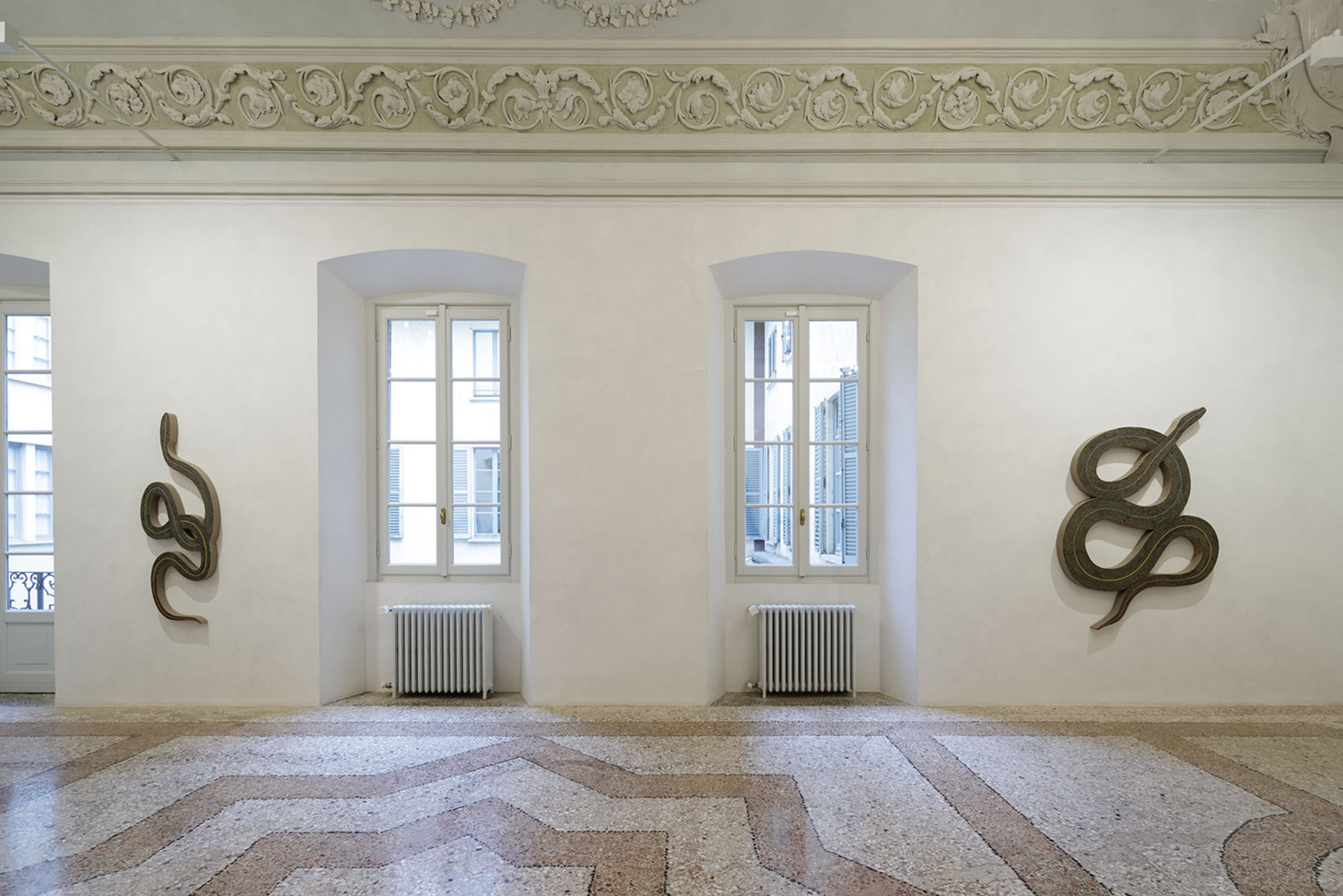 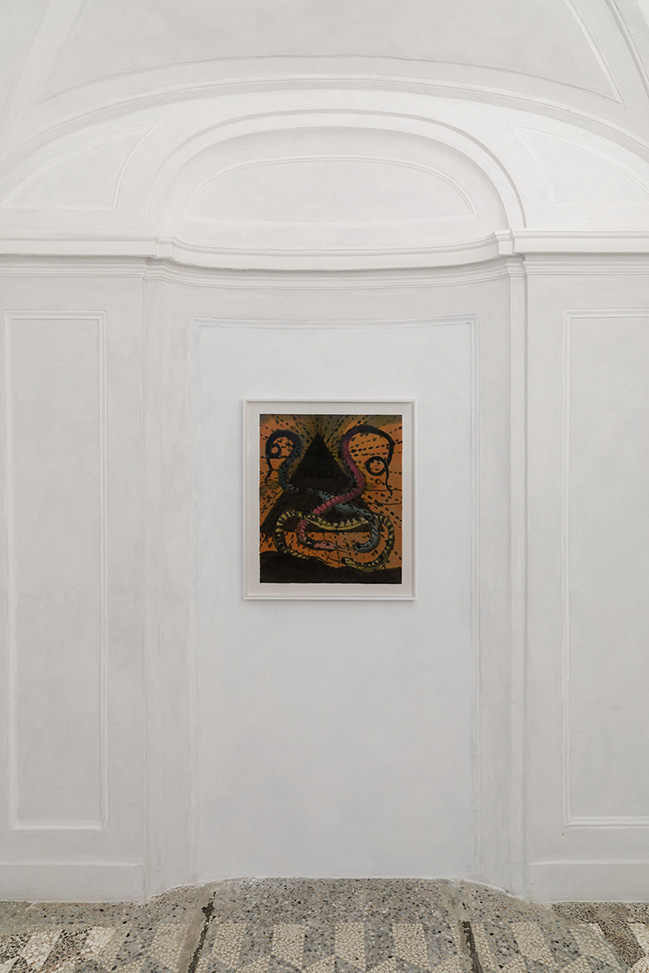 Contrast—that necessary component in dualism and its paradoxical opposite, nondualism—is thematically central to this exhibition. Drawing on Palazzo Belgioioso’s Neoclassical architecture that locates harmony between grandiose, decadent scale and simplified geometric forms after Vitruvius’ principles of symmetry (proportion idealized through firmitas (strength), utilitas (functionality), and venustas (beauty)), Guidi’s paintings symbolically riff on emblems in the building’s details. For example, the ceiling’s plaster applique bust of Venus, goddess of love, and the terrazzo floor’s 8- point star, denoting a mandalic compass linking heaven to earth, inspired Guidi to step up her compositional calibrations of chance, intuitive growth, and engineering with esoteric investigations of archetypes like serpent and pyramid. Her rainbow-spined snake paintings are visual manifestations of raw kundalini energy moving through chakras, uncoiling into third eye enlightenment through the serpent’s forehead. In her exhibition’s cosmogony, snake represent rebirth, transformation, and eternal renewal—apt for a Spring opening date—while pyramids might spark reference to the Ancient Egyptian architectural practice of erecting triangular bridges between living and dead to aid in afterlife navigation, or, Neoplatonic visions of a pyramidal world order. Phases must close to invite new openings: lunar eclipses symbolize obscurity and our unconscious self, while solar eclipses connote an unfastening of pristine eras through quintessential consciousness.

Through usage of sacred motifs, the installation’s relative arrangement connotes our rotating planet and corresponding celestial bodies, celebrating sunrise and moonrise, light and shadow. Astronomy is as primary as geology in this body of work, as in the next room, Guidi’s pair of solar and lunar eclipse paintings evoke the simultaneity of time’s apparent passing and illusory transfixedness. With her triangular canvases, an increased sense of transcendentalism is at play, as if conjuring such powerful symbolic combinations might alchemically morph the artworks into precious metals. Further considerations of color, as well, invite one to wonder if Guidi has contemporized an alchemical Magnum Opus: a summoning of some philosopher’s stone through use of color. Guidi’s sweeping project, paralleling the building’s architectural details, in other words, is in keeping with the 18th century’s last blast of Post Renaissance alchemical romance, during which hermetic and platonic philosophies were re-stylized. While during this era, there was still a mystical respect for embedding coded insignia into cultured surroundings, by 1787 alchemy and its newer sibling discipline, chemistry, had been divorced, thus establishing false and destructive dichotomies between science & spirit, mind & body. Transmutation as a goal in Western scientific experimentation—that one should seek the infinite reform and reincarnation of valuable material—was effectively killed.

These speculative axioms, however, are merely possible filters for representation or narrative overlay. The work’s abstraction ultimately remains as open to interpretation as Guidi’s opaque, matte-pigmented surfaces. Slivers of color poke through broad monochromes, hinting at layered visions that, if x-rayed, would reveal clandestine visual conversations that the artist has with herself. Experienced either way, Guidi’s exhibition, like the Palazzo’s masonic language, reminds the viewer that reunification of the ethereal and corporeal is beauty’s golden key. 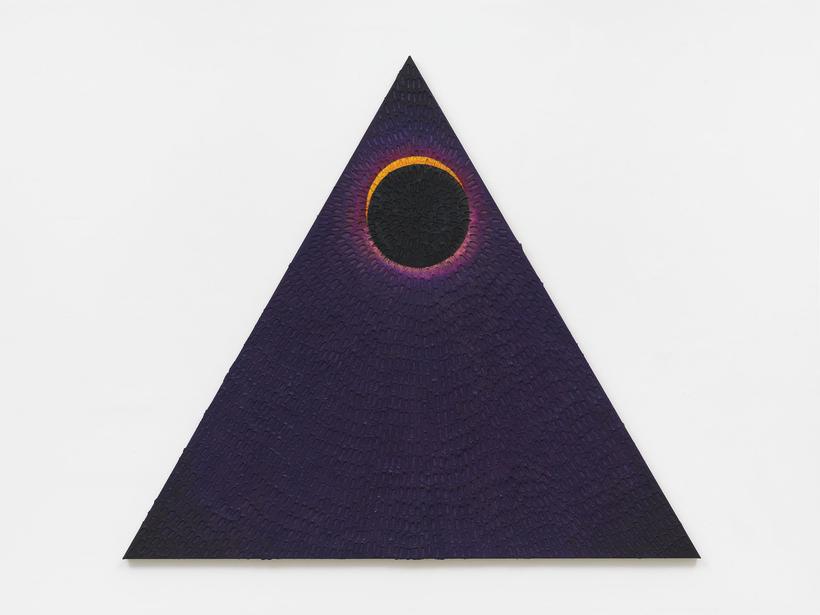 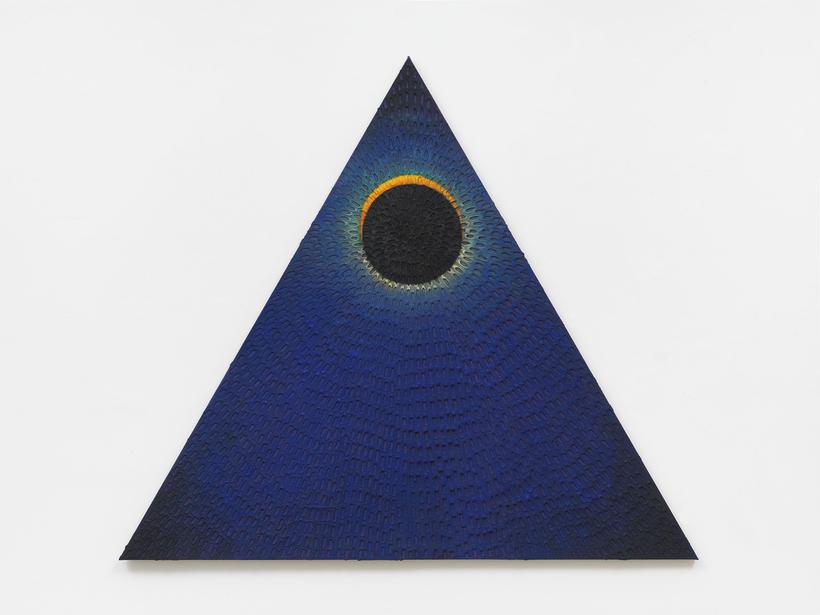 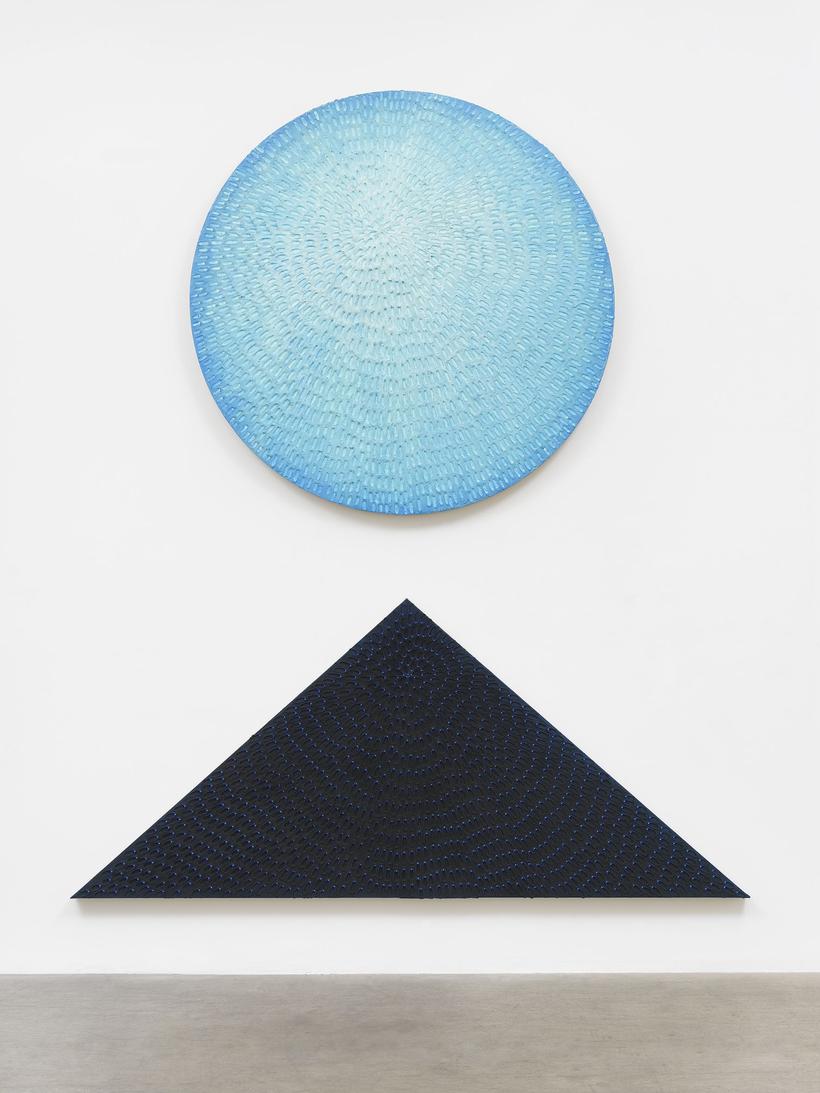 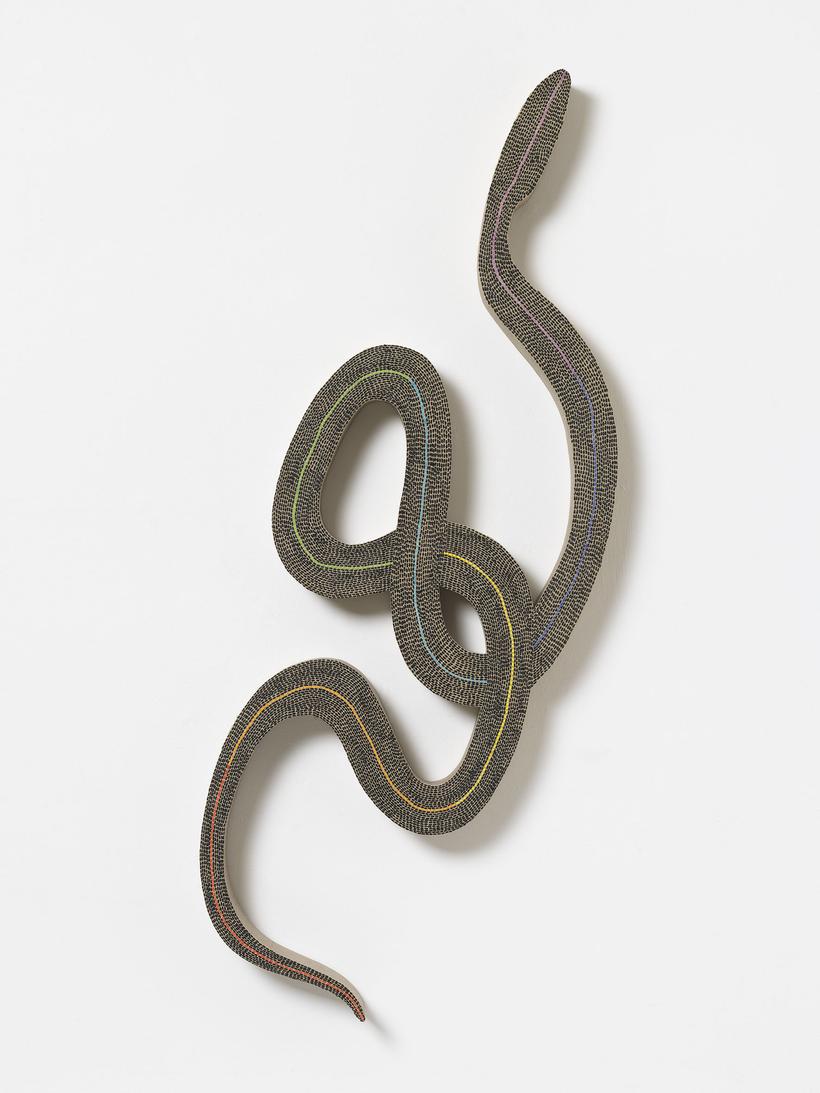 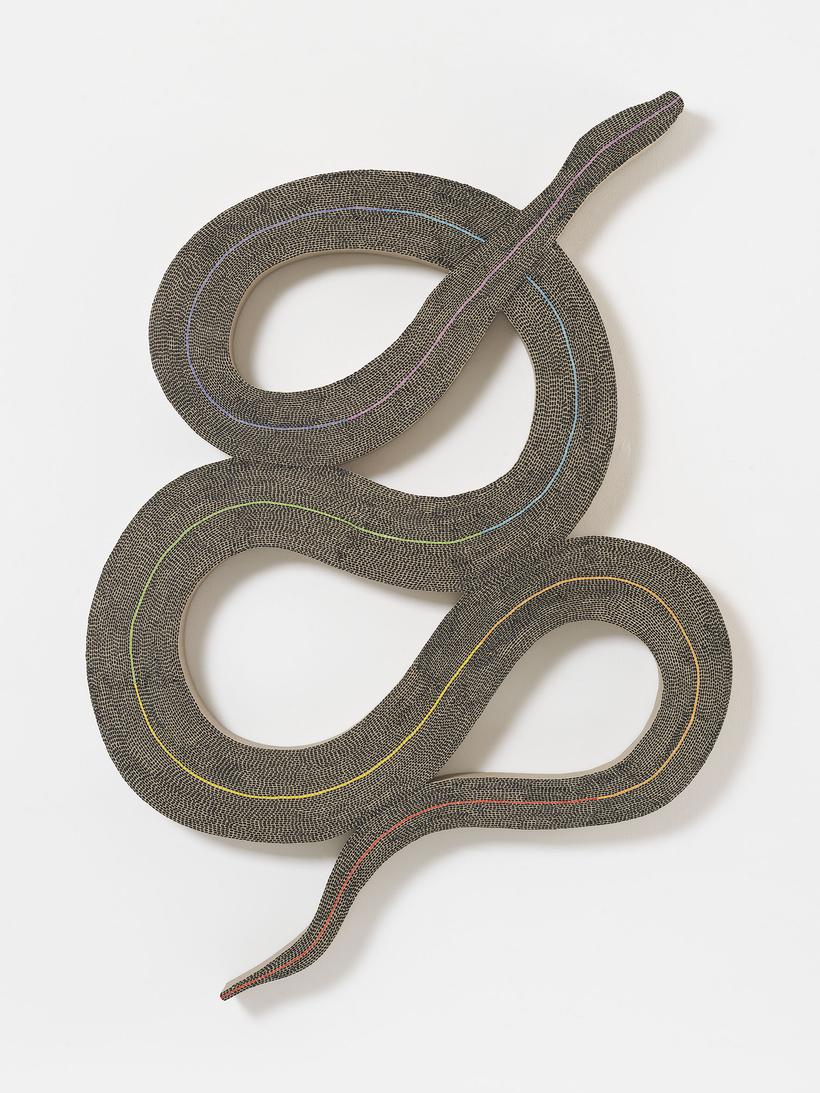 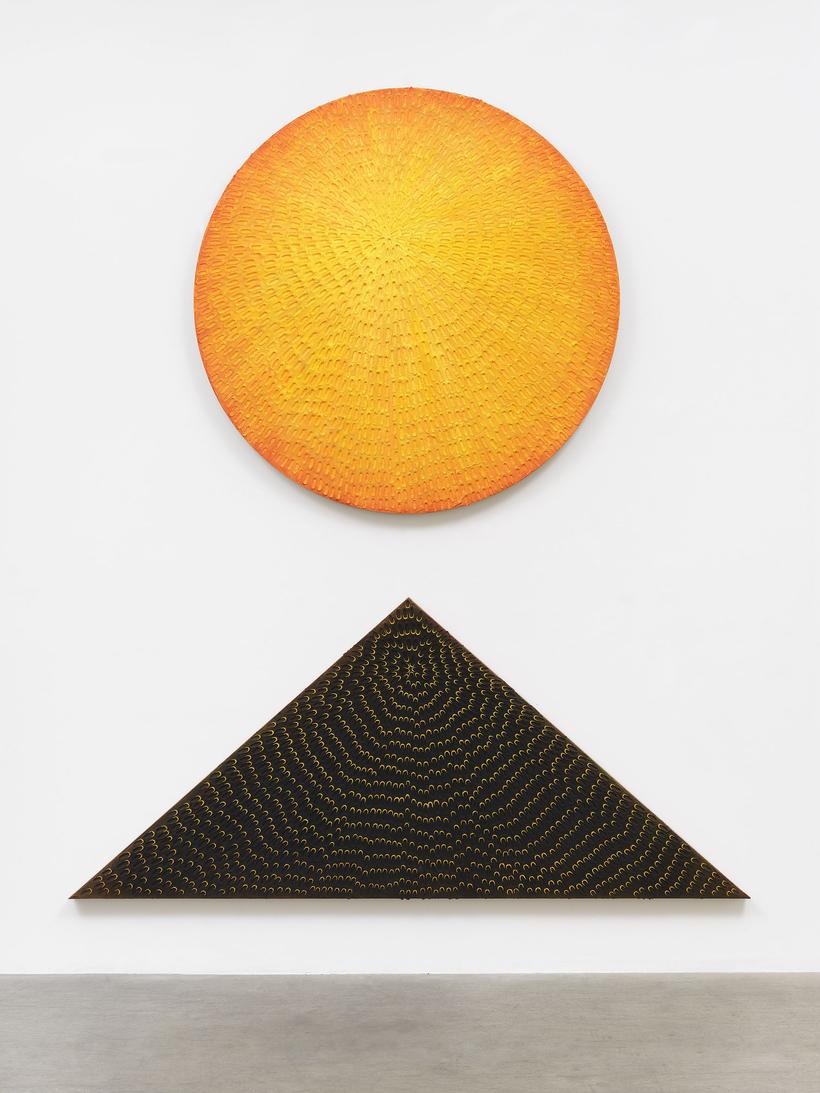 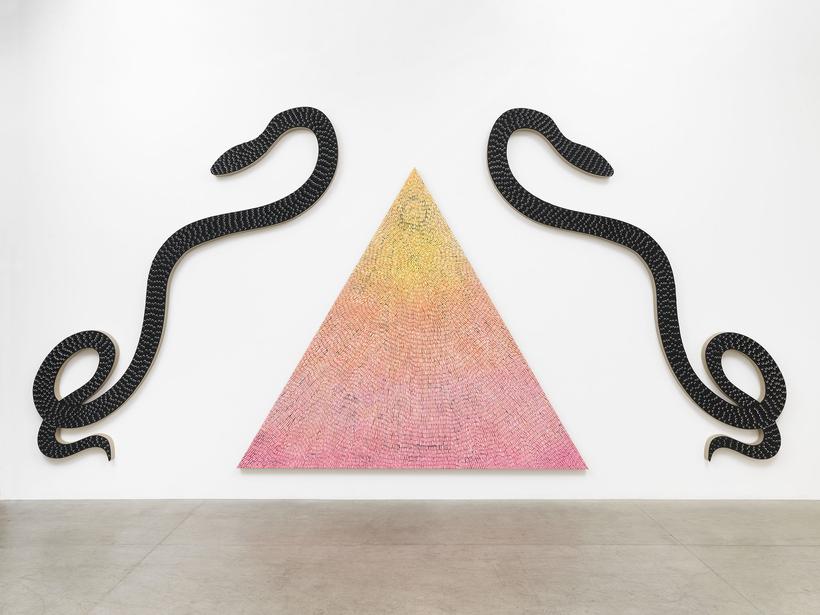 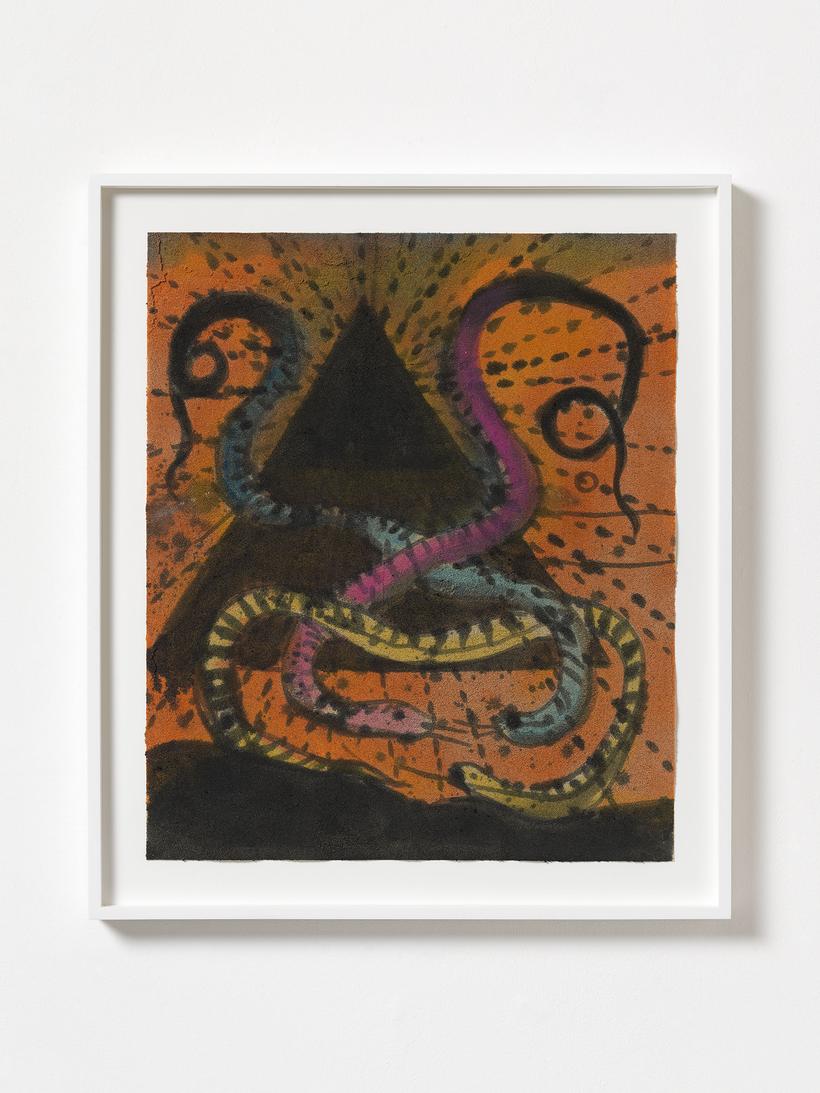 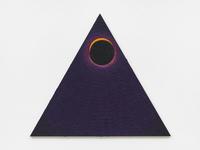 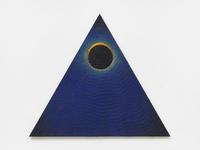 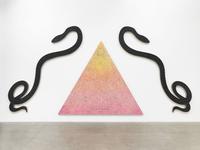