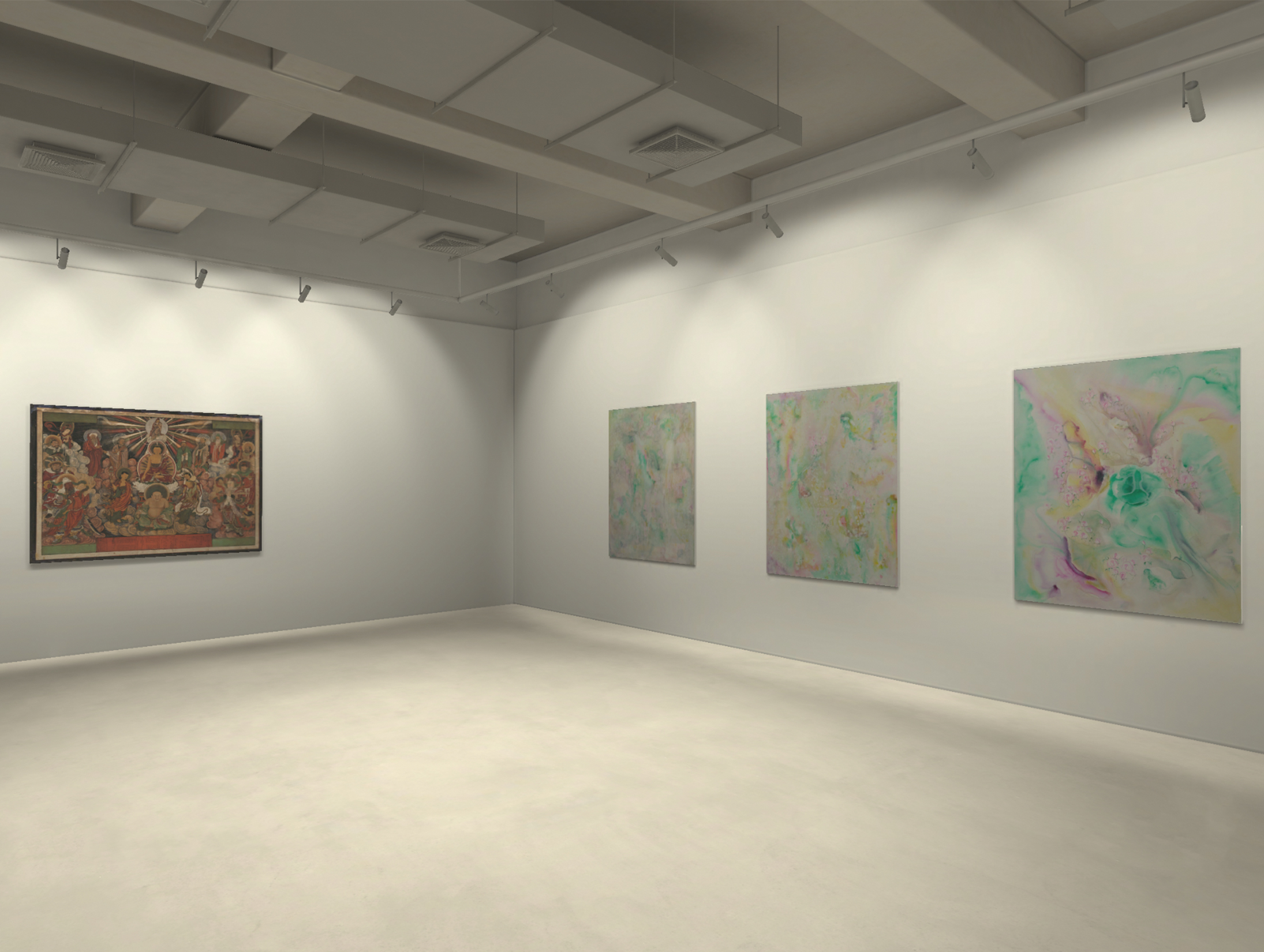 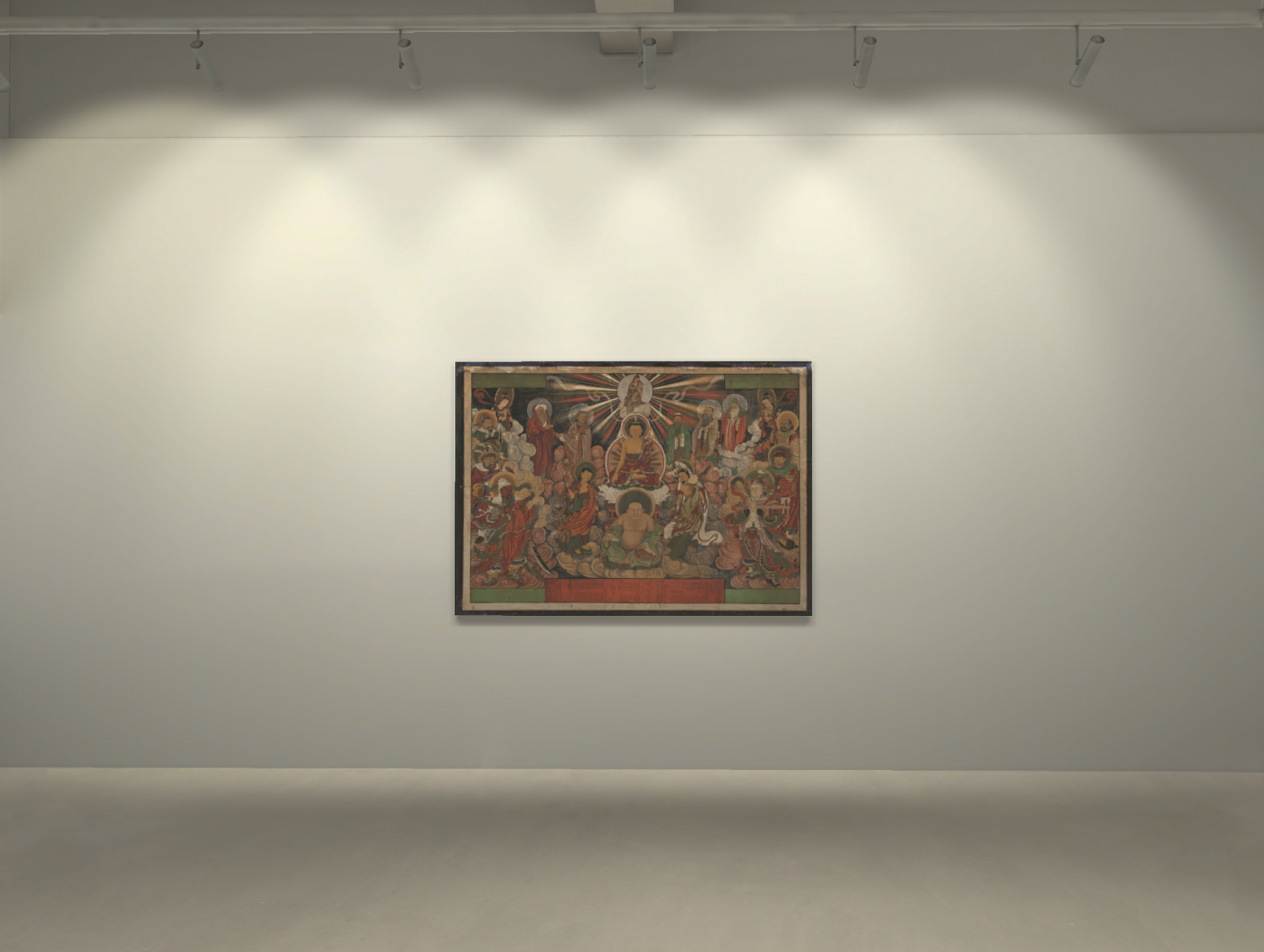 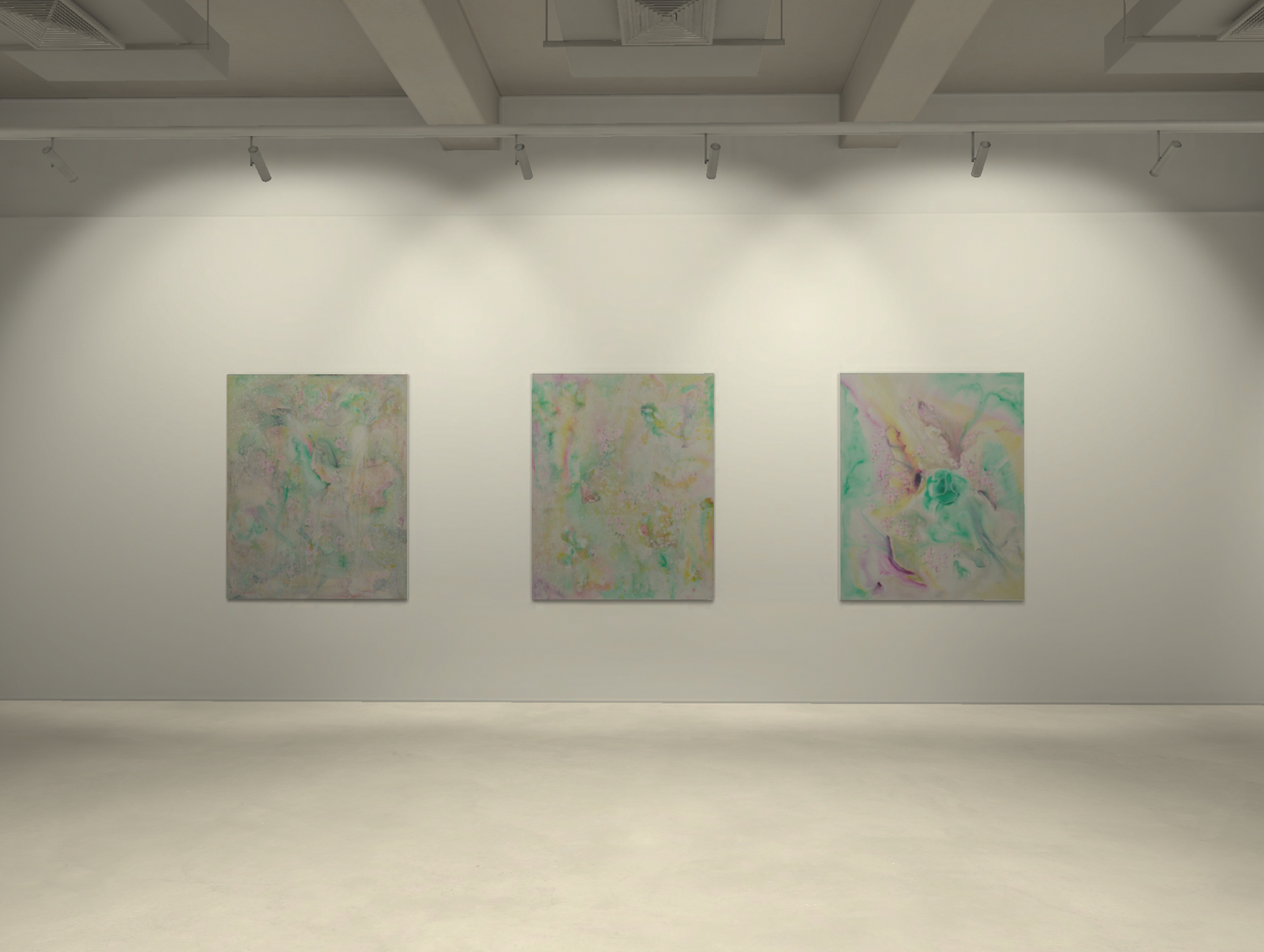 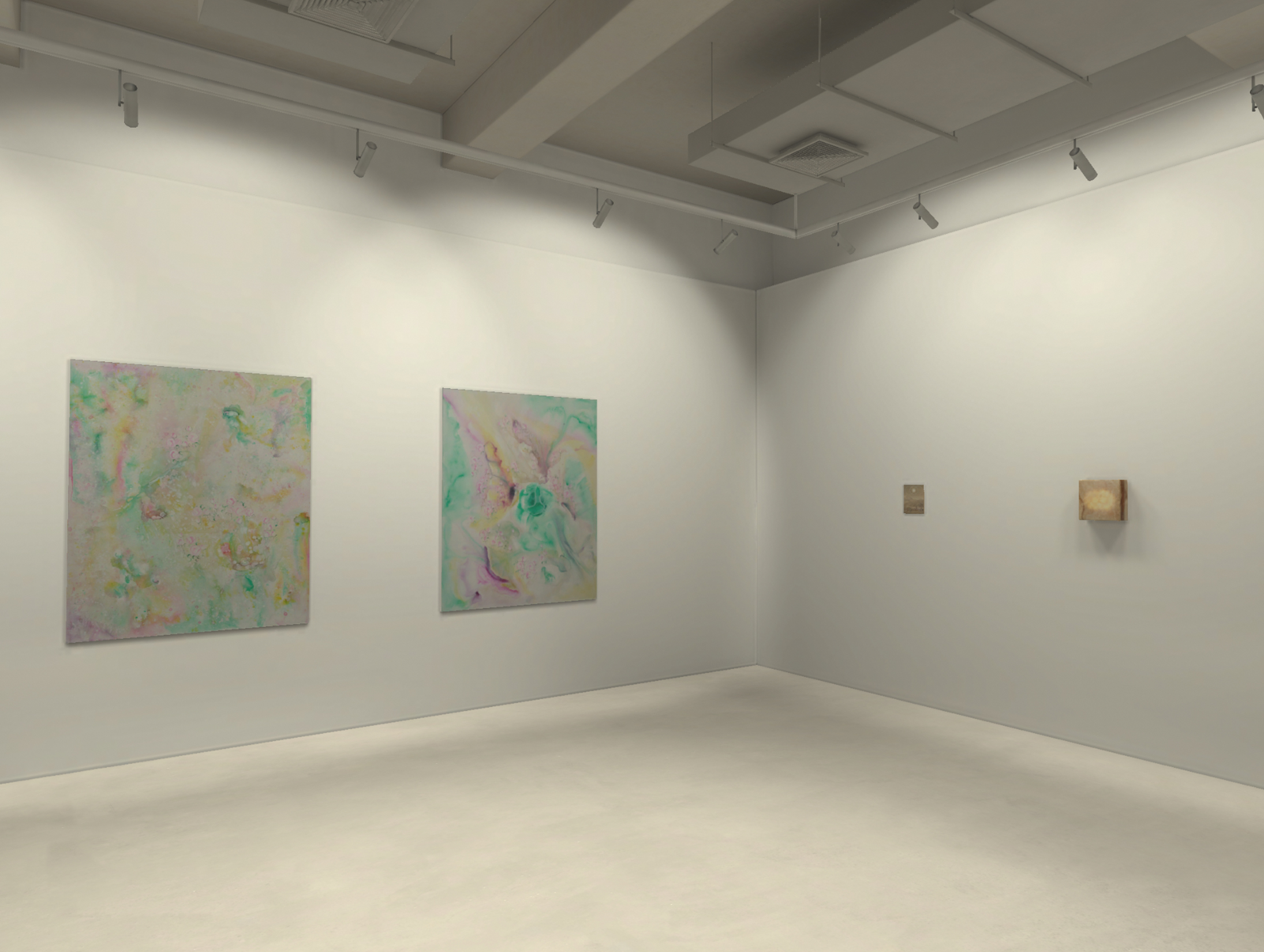 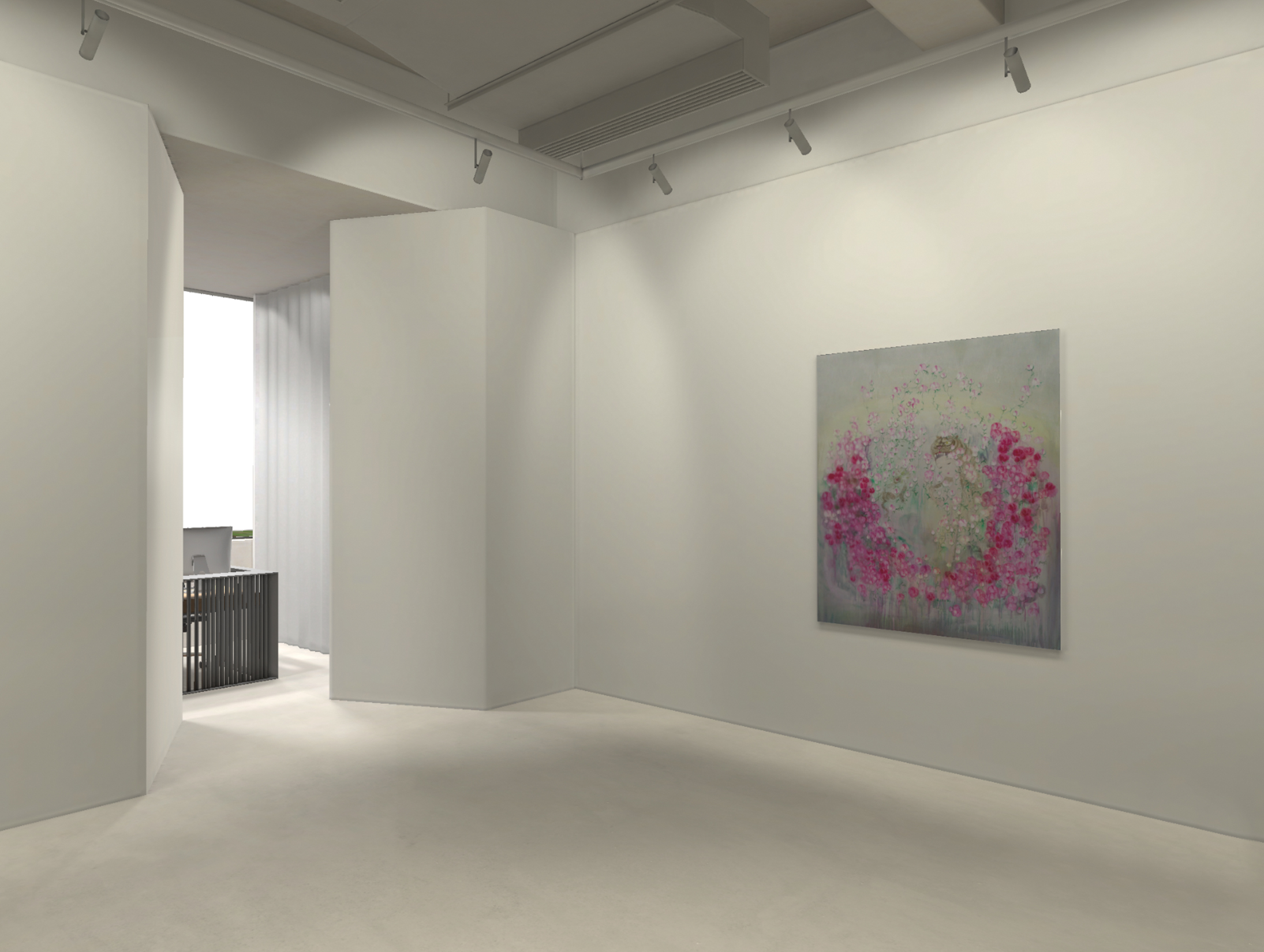 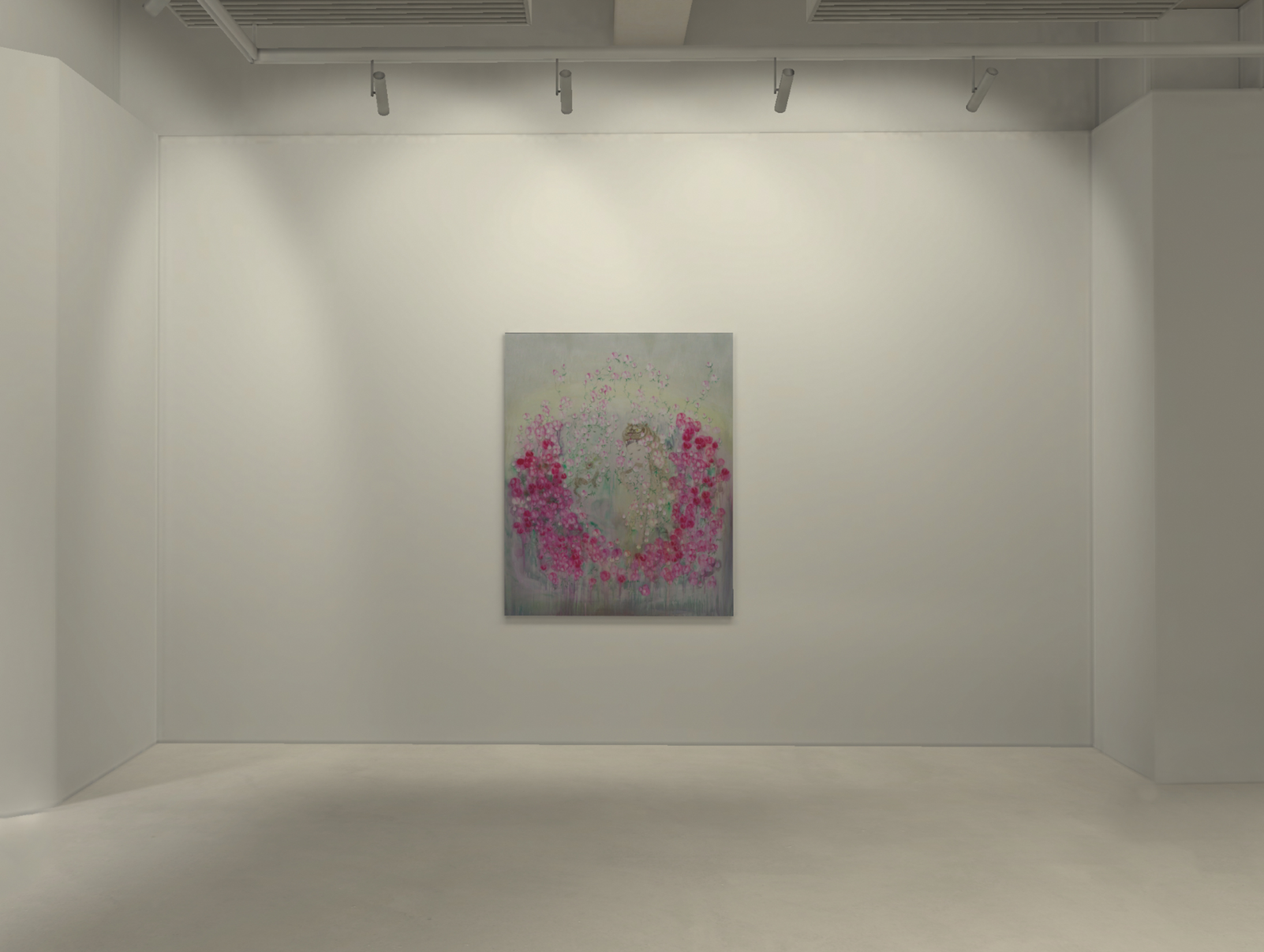 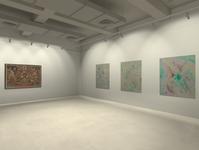 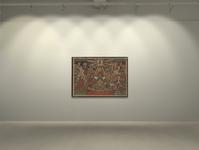 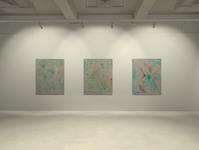 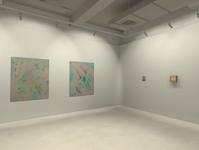 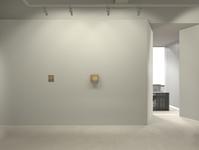 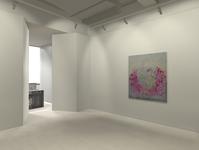 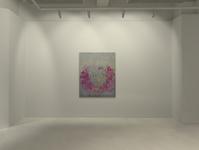 MASSIMODECARLO VSpace is delighted to present Hidden Prophecy. Curated by Yeesookyung, the exhibition features Laurent Grasso, a Paris-based artist who manipulates imagery through an unusual perspective on reality; Il-seop, a Buddhist monk from the 1950s; and Yeesookyung, a Korean artist whose practice merges physical and spiritual life.

“One day, while I was working on Oh Rose! painting, the works of Laurent Grasso and the Buddhist monk Il-seop appeared in my heart like a constellation. I wanted to find the hidden meaning. I wanted to find a clue how the work of three people who had never met each other and had different times, regions, and cultures could be connected,” says the artist and curator of the exhibition, Yeesookyung. Sharing little in common, the three artists featured in Hidden Prophecy come together in the virtual space of the gallery to transcend and, at the same time, unravel the mysteries of time and space, evoking a utopia that blends present and past life.

The exhibition, which gives the Korean artist the means to relate to the works of Grasso and Il-seop, wants to expose the concealed meanings that the paintings on display employ to create a uniquely varied and boundless reality.

Il-Seop, master of the hybrid Buddhist altar, presents a fusion of cultures and traditions, a bridge between the past and the present. “In this painting, Sakyamuni Buddha, Podaehwasang, Avalokitesvara, Ksitigarbha Bodhisattva, and Buddhist law guardians, as well as other interesting figures, appear. Saints from the East and West, such as Mary and Confucius holding baby Jesus, gather on the clouds as if they are coming to listen to Buddha's sermon”, comments Yeesookyung. A multicultural canvas that merges cultures and histories and, by revealing its underlying meanings, portrays a transcendental reality.

Challenging our notion and perception of time and space, Laurent Grasso opens up a new perspective on old masterpieces. His reinterpretation of these classics allows viewers to see them in a newly revealed light and to consider veiled interpretations that may have been overlooked in the past. By placing his works in a surreal but possible reality, Grasso exposes what lies beneath and materialises the invisible.

Yeesookyung's paintings of past life also offer a glimpse into the concealed truth and prophecy of the world. Her paintings, steeped in symbolism, reveal the secrets of past lives and the cyclical nature of time, where traditional motifs such as the lotus flower and the dragon, representing enlightenment and power, come together in a fusion of the old and new.

Heavily influenced by symbols and mythologies in Oh Rose!, the artist is inspired by the hidden meanings of this flower and reveals her experiences with past life regression through hypnosis. The artist began undergoing hypnosis sessions in January 2014, where she would explore her past lives with the help of a professional hypnotherapist. The painting is based on the motif of a rose garden the artist says she always passes through before entering a state of hypnosis. The artwork is an attempt by the artist to find and express what is repressed in her unconscious mind.

Hidden Prophecy unfolds before us like a secret garden, where the invisible is made visible through the works of three artists. The exhibition takes us on a journey of discovery as we are invited to explore the unknown and unearth new truths. The artworks on display allow us to peer into the deepest corners of the human experience, revealing the hidden and the forgotten. As Yeesookyung says, they offer us “a glimpse of a utopia that transcends time and space and unfolds deep in the artists’ hearts." Let us embrace this opportunity to see the world with new eyes and let the artworks guide us on a journey of self-discovery. 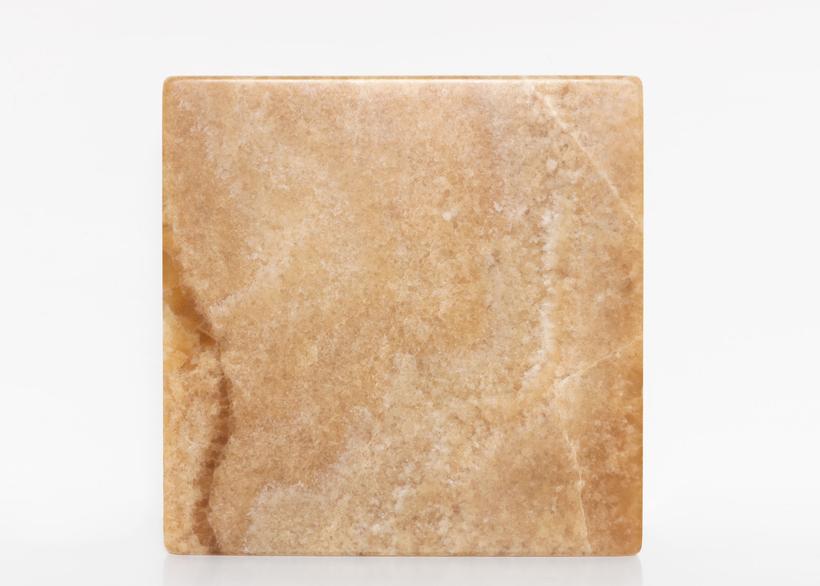 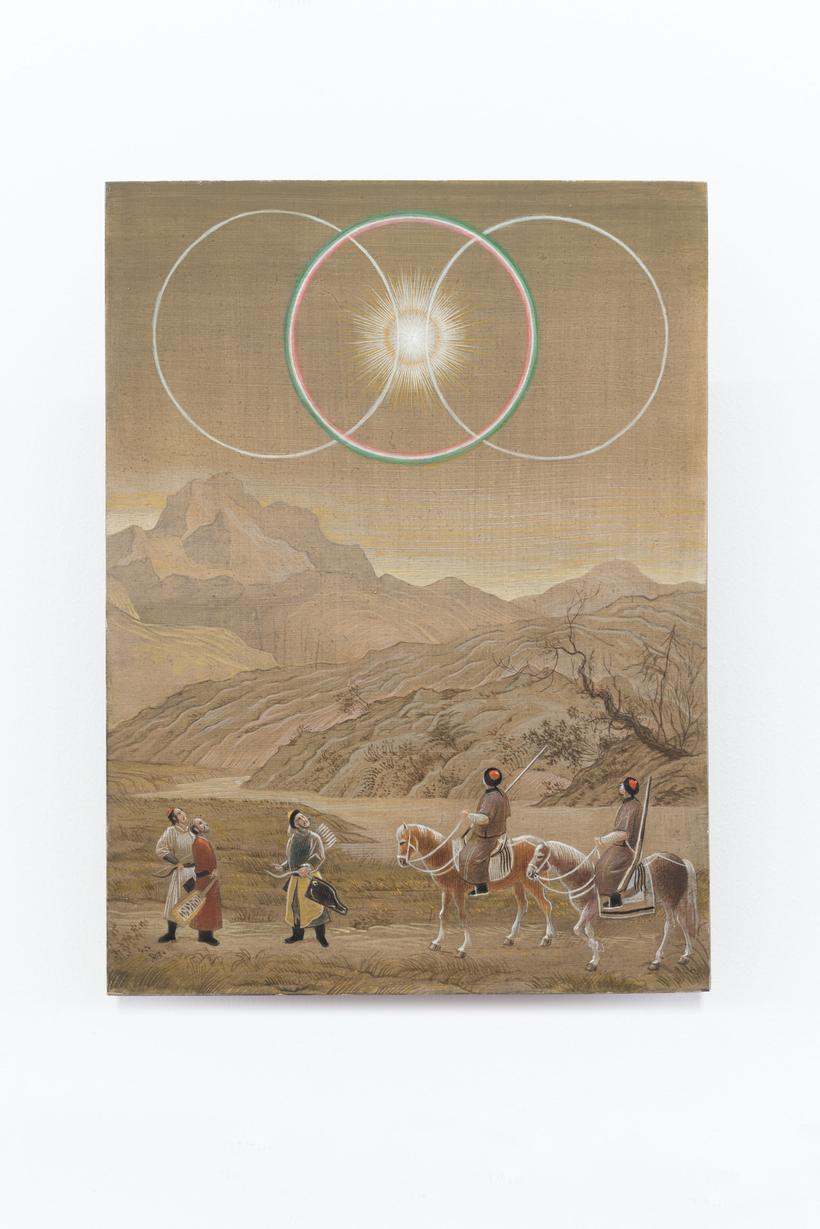 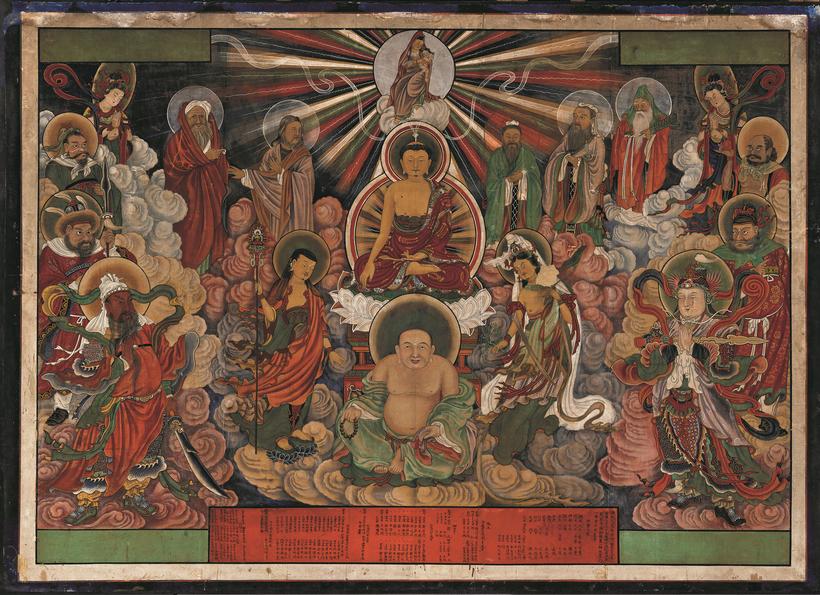 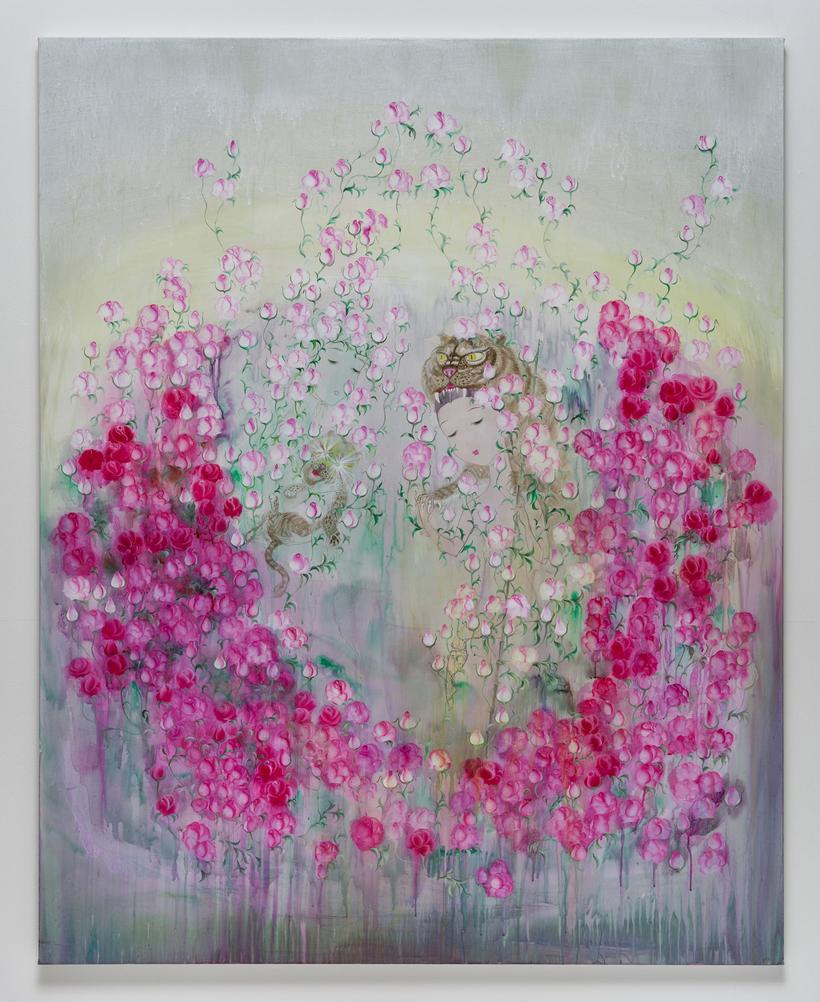 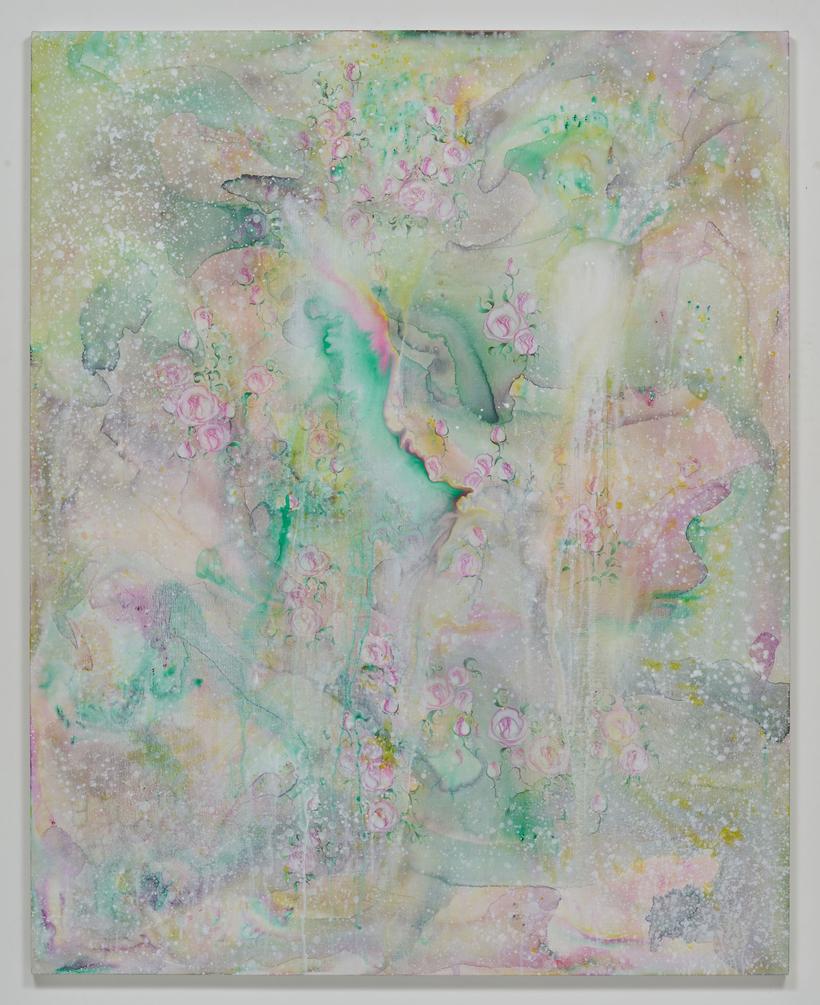 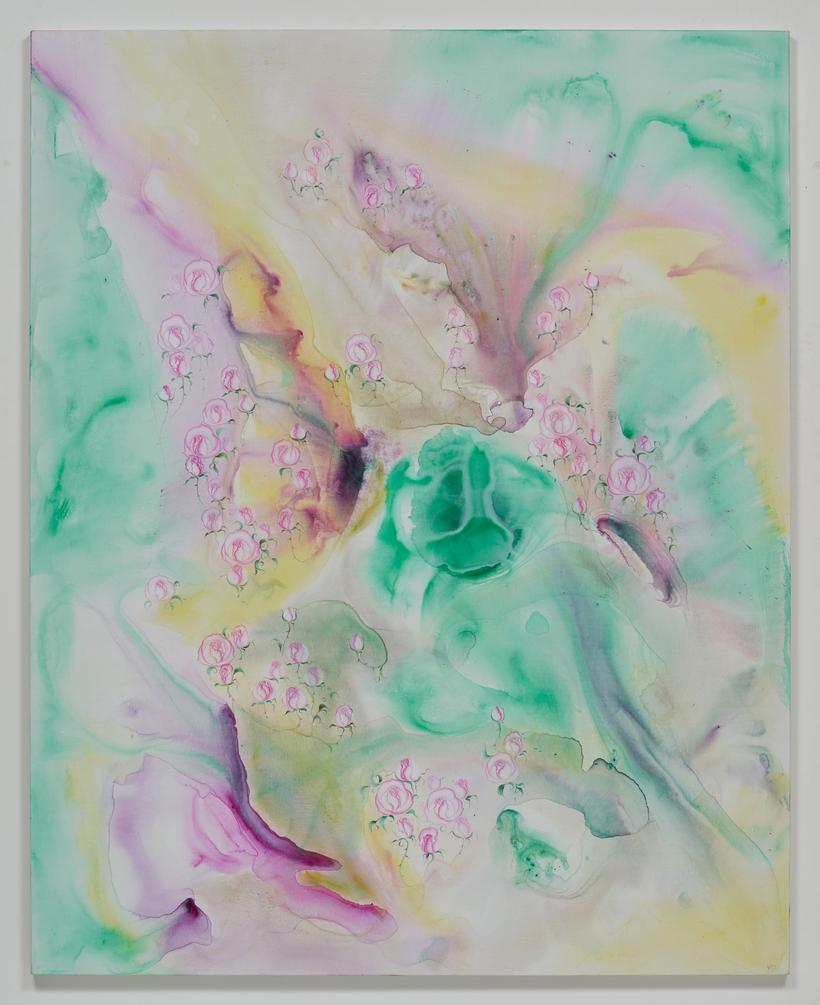 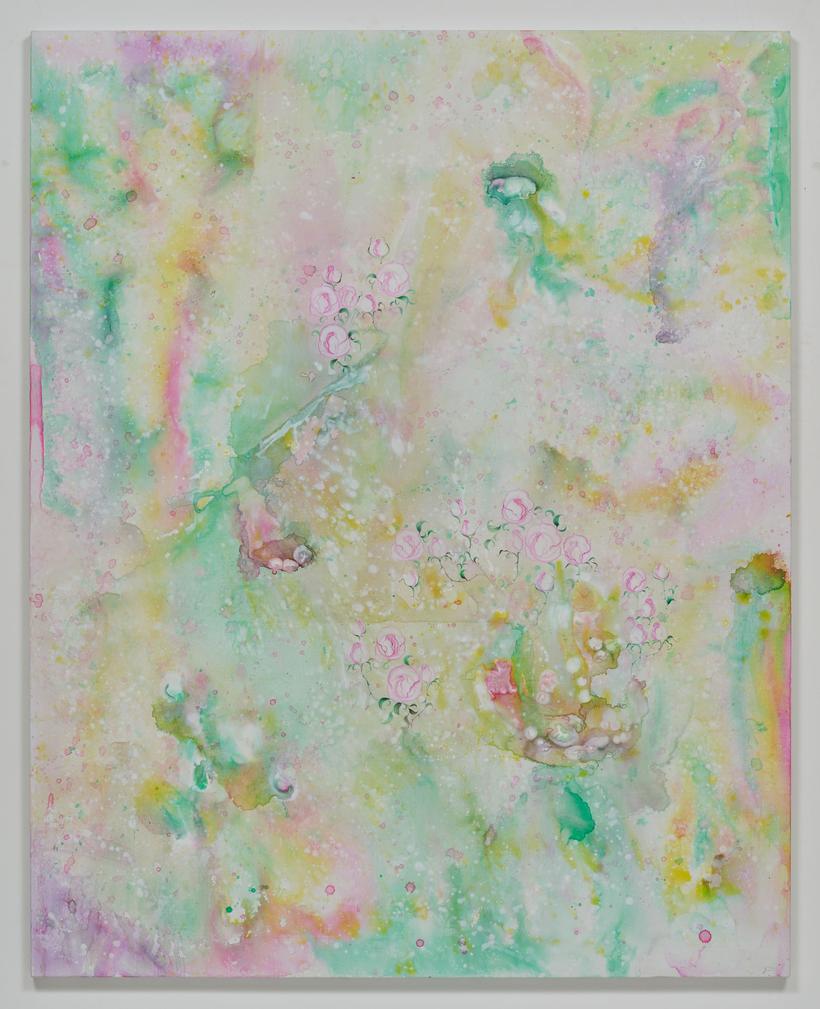