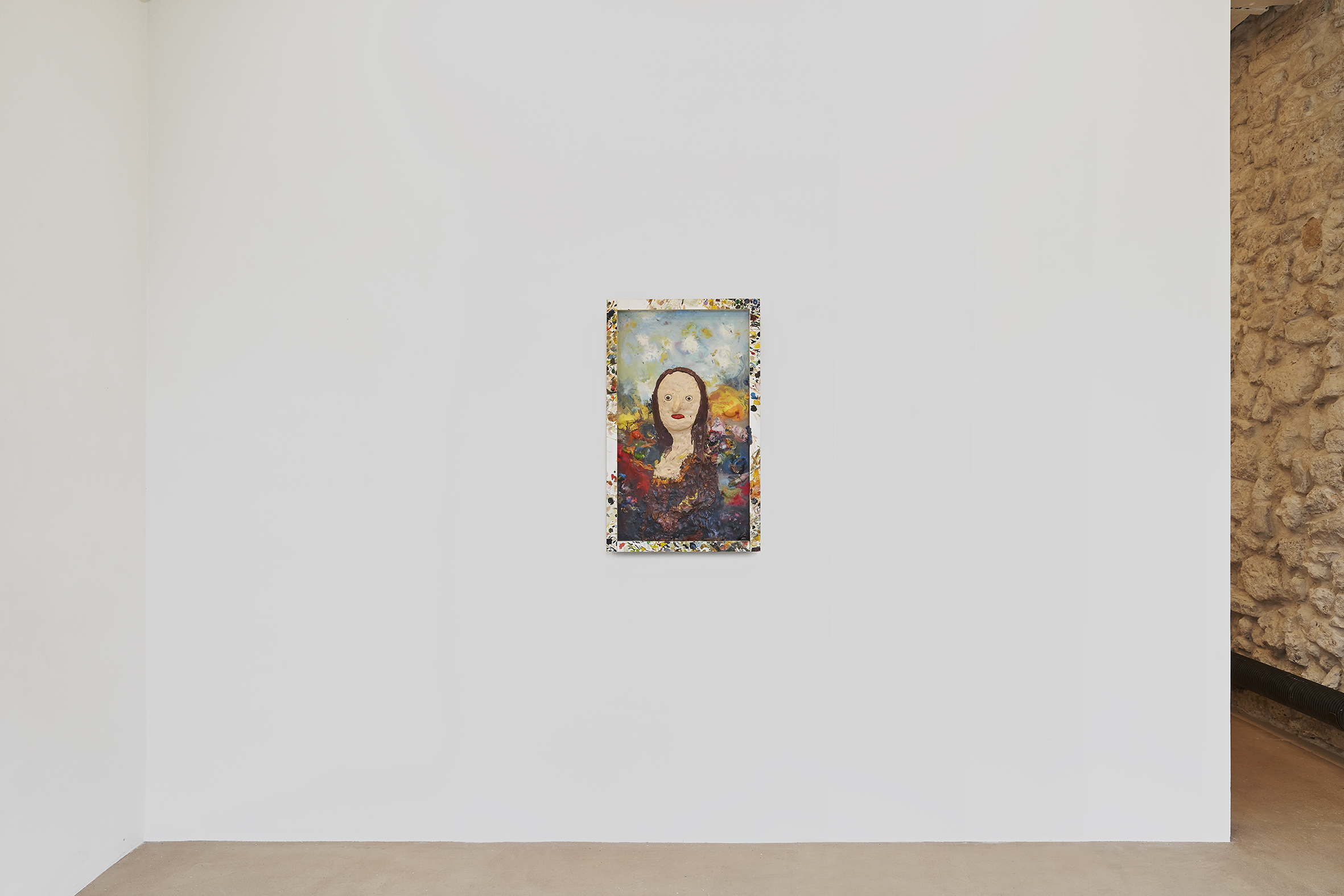 Arguably the world’s most recognizable artwork, Leonardo da Vinci’s Mona Lisa finds itself playfully subverted in a new series of various sizes and shapes, in plasticine, glass and other mixed media.

Despite the works’ bright colors, their somewhat comical, and intentionally naif re-interpretation of Da Vinci’s iconic painting leave the viewer with a sense of discomfort, opening the door to further considerations. Firstly, by turning this unique art historical masterpiece into a series – begun in 2007 and restarted in 2020 - Gelitin face us with the reality of Walter Benjamin’s seminal The work of art in the age of mechanical reproduction: the Mona Lisa has been seen, reproduced and copied to such an extent that even its parody is instantly recognizable, whilst still contributing to strengthening its importance and “universality”. The Mona Lisa is no longer a unique, covetable work. Instead, it becomes one of many. “Bad artists borrow, great artists steal” this idea, attributed to Picasso, is particularly fitting, also because Gelitin reproduced Picasso’s Guernica in a similar plasticine series, questioning the limits of authorship and originality. Furthermore, the use of plasticine immediately alludes to children’s all time favourite: playdough. Far from a “noble” art historical material, its pastiness gives the works texture and depth, making the artsits’ touch clearly visible in the composition. More that paintings, Gelitin’s Mona Lisa series are more akin to wall sculptures, playing with volume and three

dimensions. Bulging noses, single eyes, ball-shaped heads… the Mona Lisa is kneaded like bread as it passes through the filter of Gelitin’s transformative manipulations, to emerge, cartoon-like on the other side. As if from an alternate reality, the 21st Century Mona Lisa is still as iconic, perhaps even more likeable now that she is taken down from her pedestal… 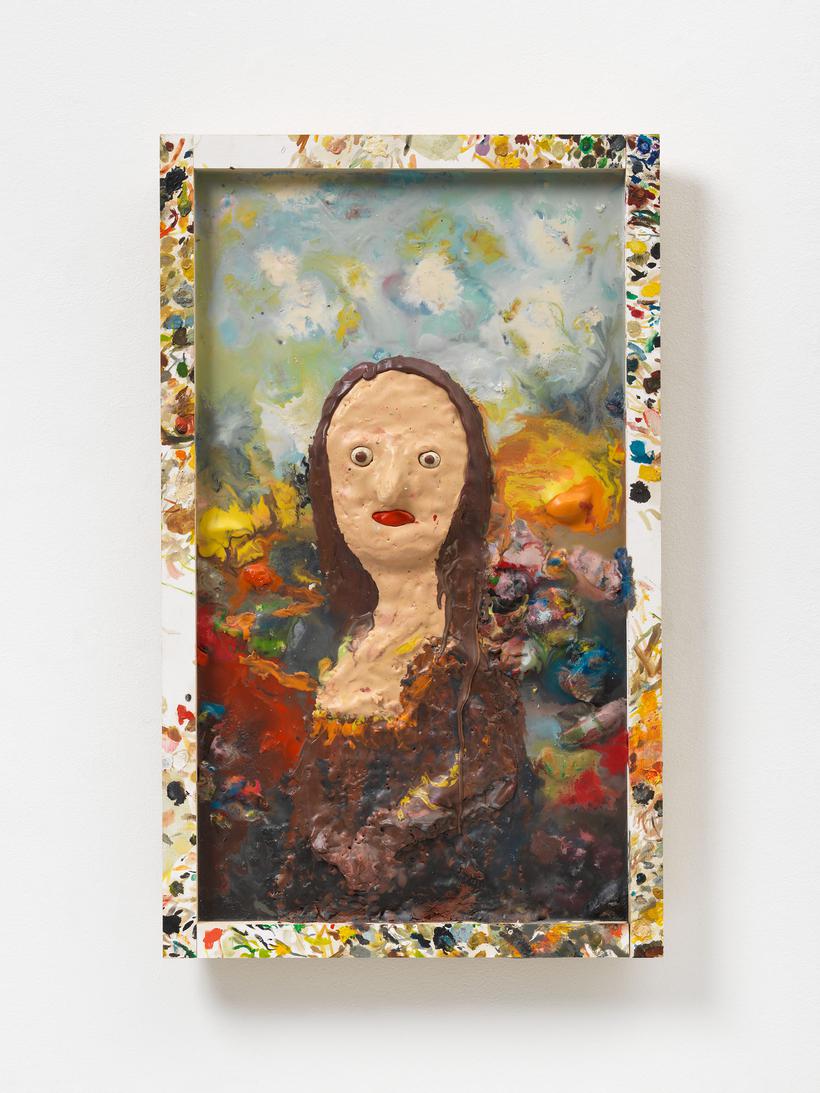 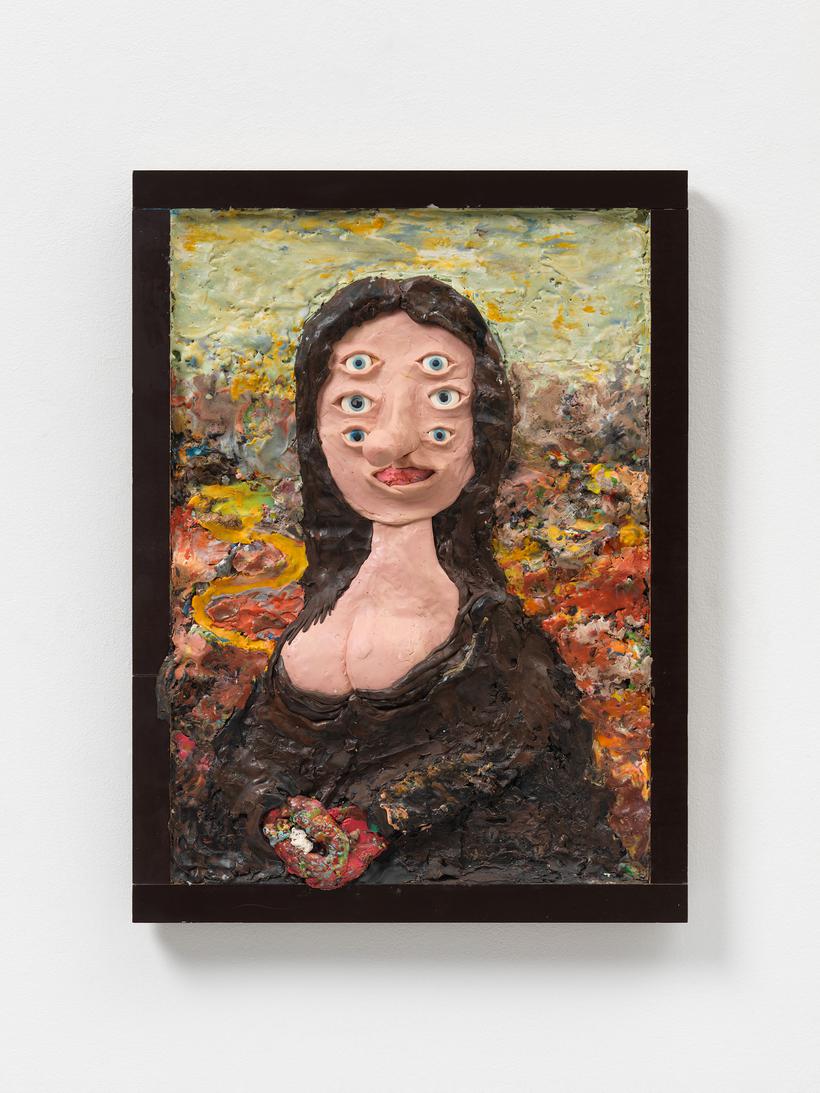 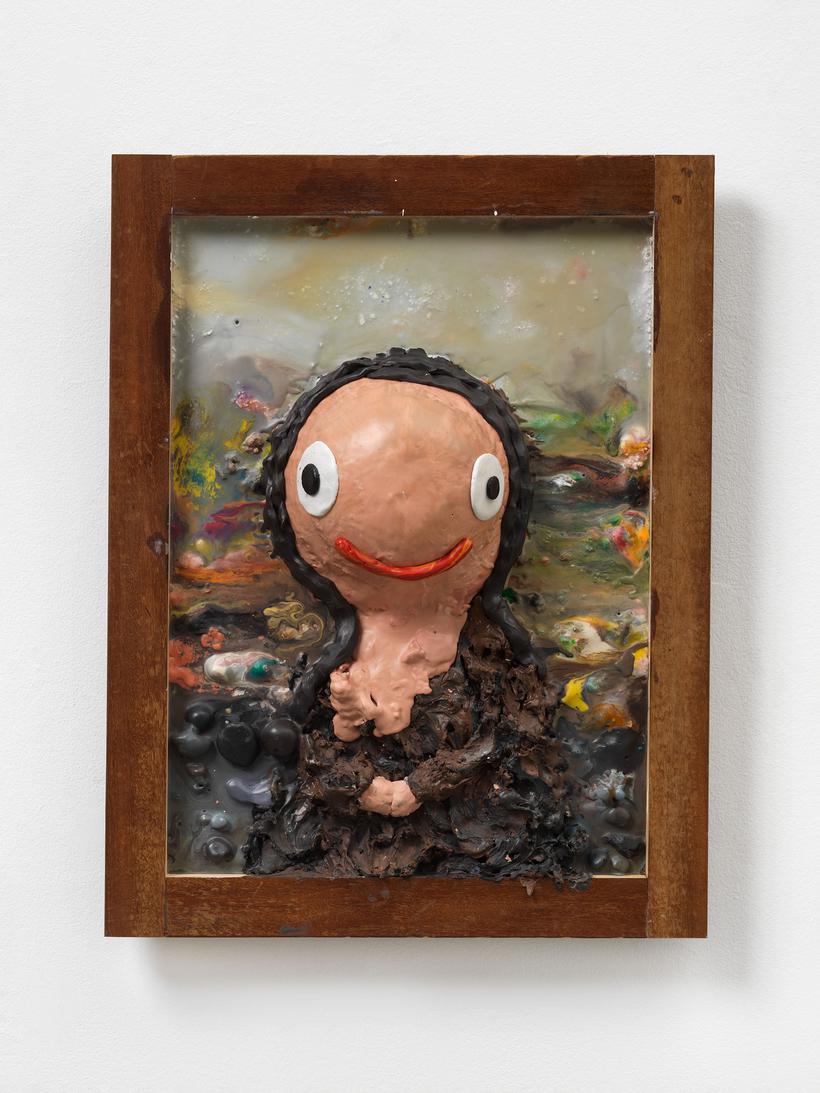 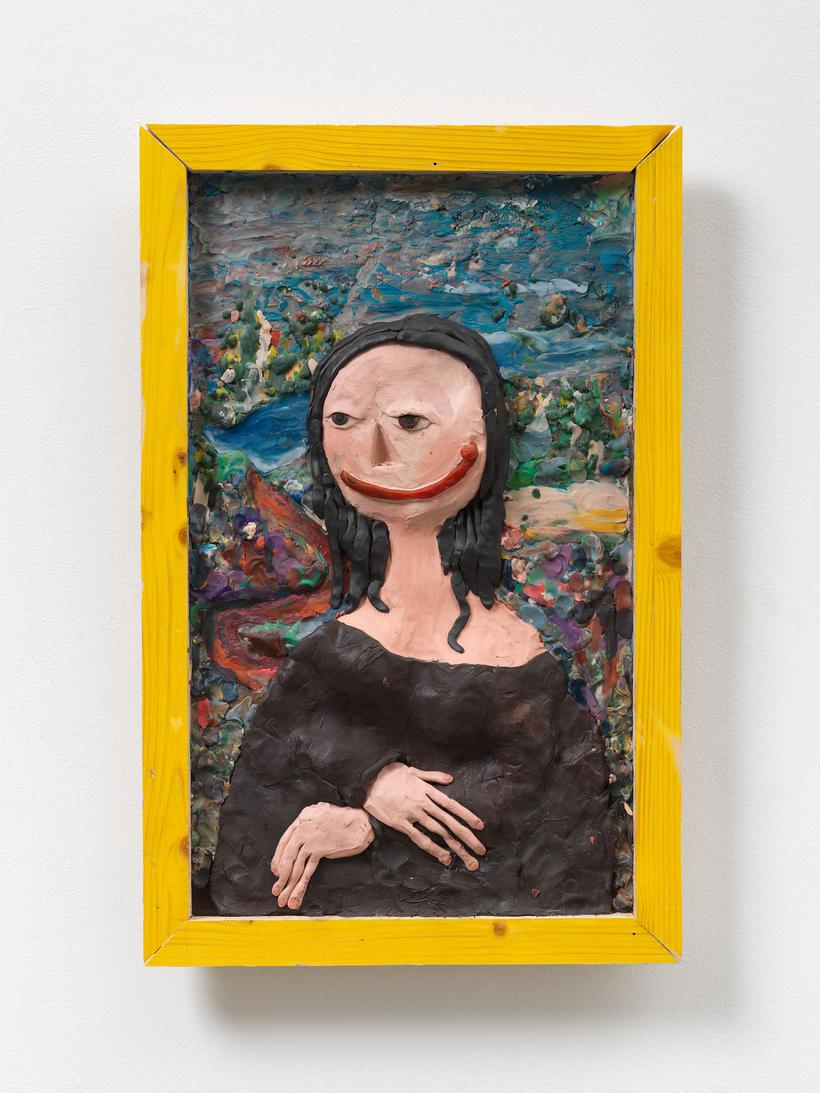 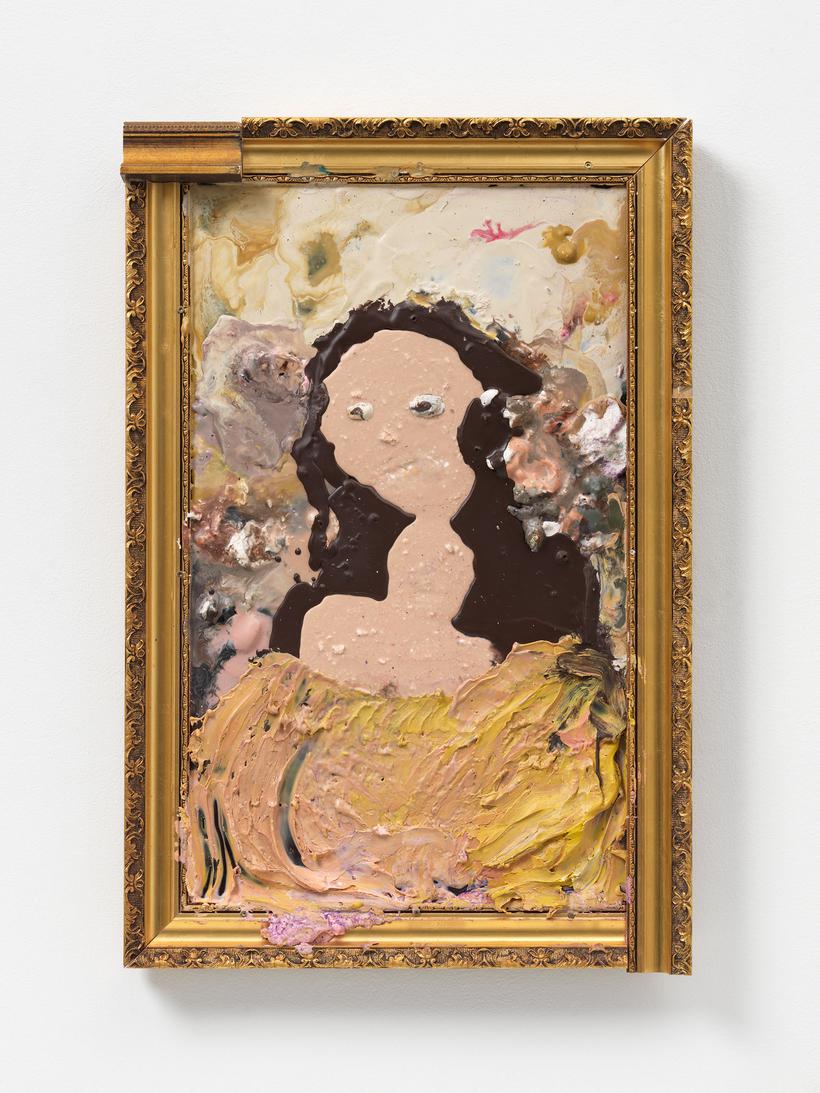