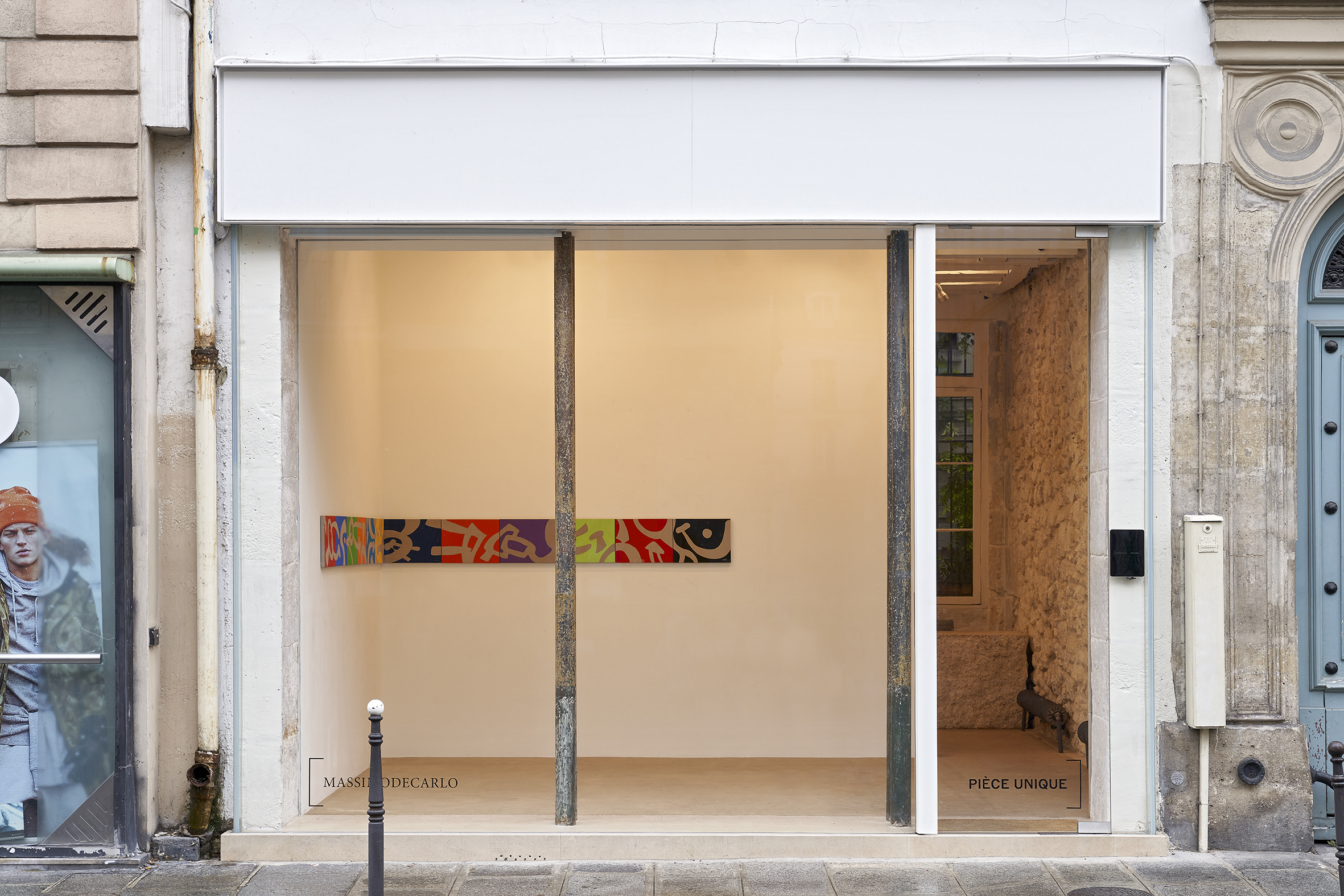 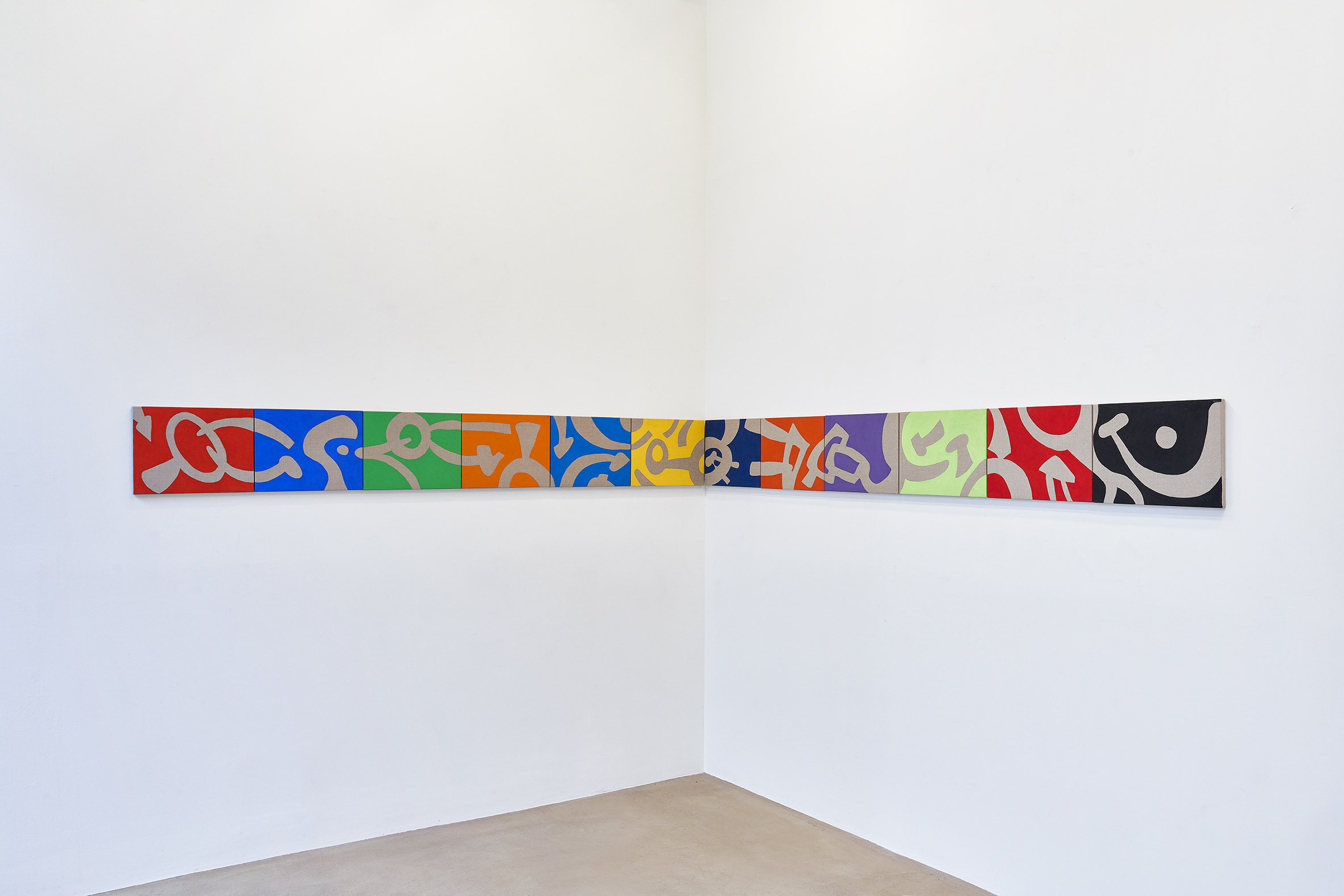 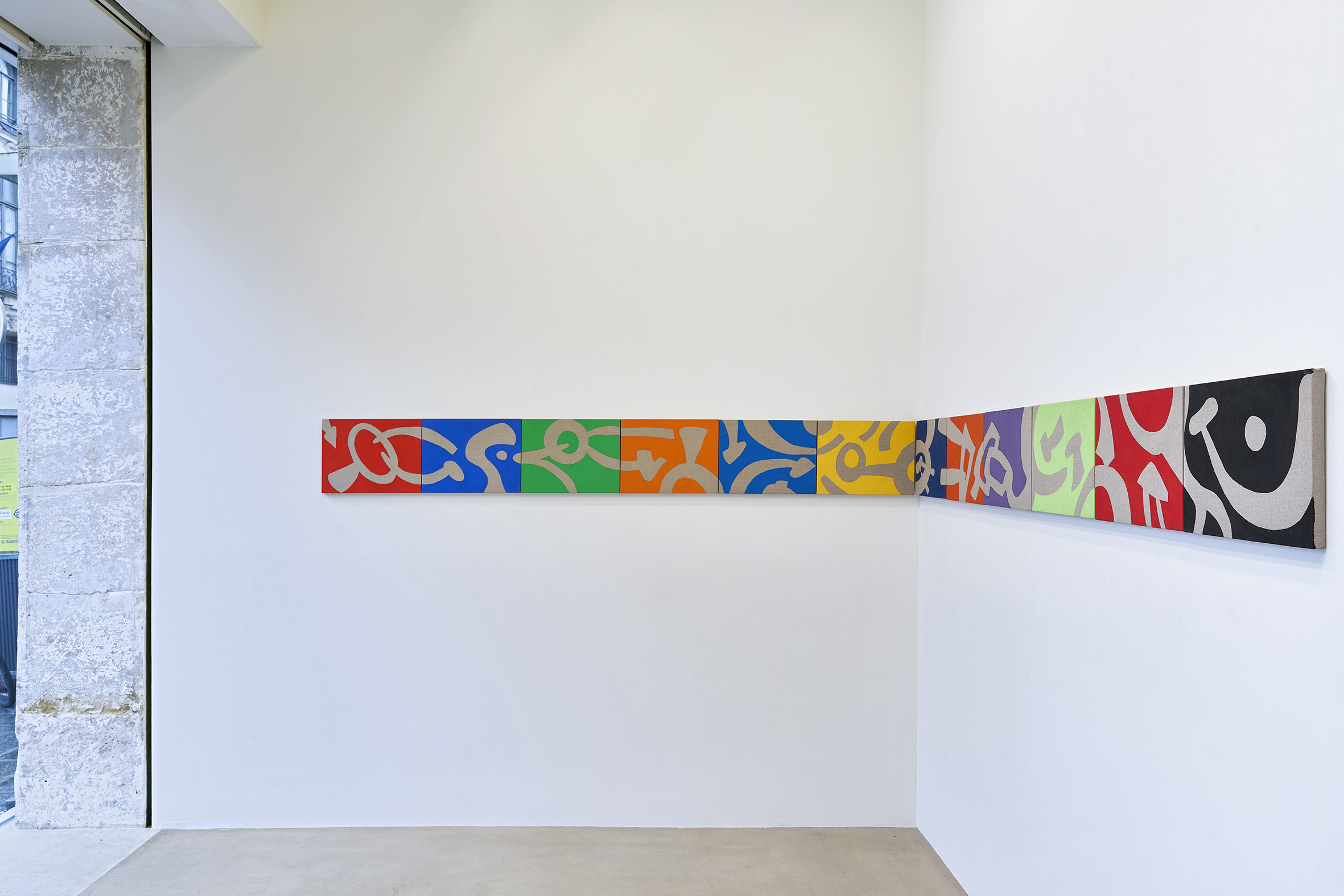 MASSIMODECARLO Pièce Unique is delighted to present the work of Carla Accardi for the first time in its rue de Turenne space. Working hand in hand with the artist and her Foundation for over fifteen years, Illusione is the gallery’s second solo exhibition dedicated to Carla Accardi, following Carla Acardi at Home, that graced the rooms of Casa Corbellini-Wasserman in Milan in 2021.

Accardi’s decade-spanning career saw her experimenting with various mediums and formats, ranging from sicofoil to ceramics and canvas. Growing up in post-war Italy, Accardi is one of the few women of her generation to be recognized for her pioneering artistic practice and political commitment. Her work is strongly informed by her acute self-awareness: in abstraction, Accardi found a formal vocabulary that allowed her to question artifice against truth, symbolism and rationality.

After an extended period experimenting with the plasticity of sicofoil in the 1980’s, Accardi turned to the more rugged, organic features of the hemp canvas, giving way to her iconic interwoven, color block canvases.

At first glance, Illusione appears to be a haphazard sequence of 12 identical canvases. Yet their order and combination is as precise as a mathematical formula, coherent in one precise layout only.

Each sign transcends the border of its individual rectangular canvas, creating an interwoven patterns across the work. The shapes are ornamental and rhythmical at once. One against the other, her color fields create a high contrast effect, whilst appearing connected in harmony by the homogeneous linen canvas background. A sense of flow emerges from the intertwining shapes, and the negative forms that emerge from each color.

The illusion of simplicity, or the simplicity of illusion, thus unfolds horizontally across the twelve canvases, hinting at a secret code perhaps, or spelling out a message that Accardi only holds the key to.

Carla Accardi’s work has been selected by Cecilia Alemani for the Venice Biennale’s exhibition “The Milk of Dreams” on view till November in the Giardini dell’Arsenale. 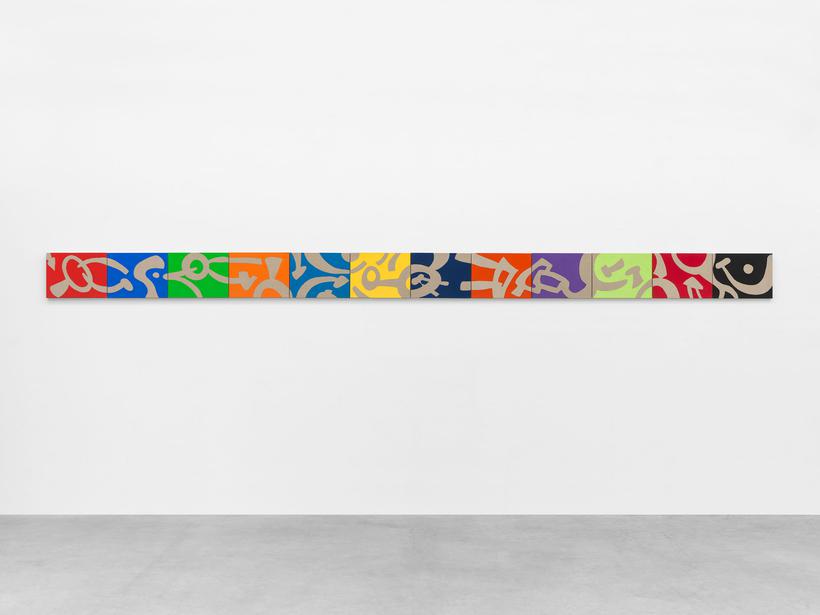 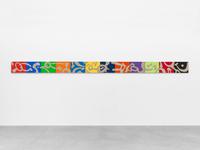