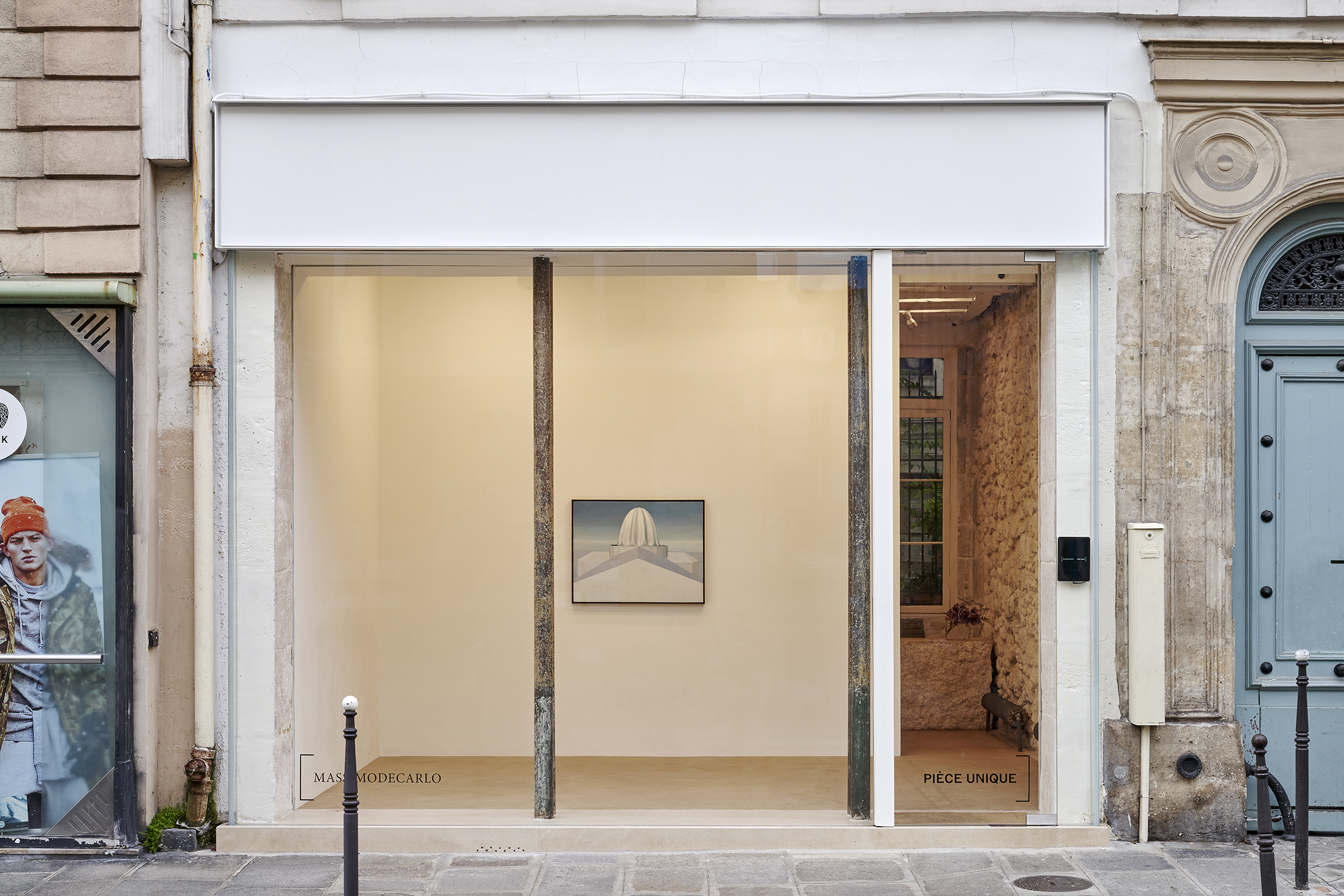 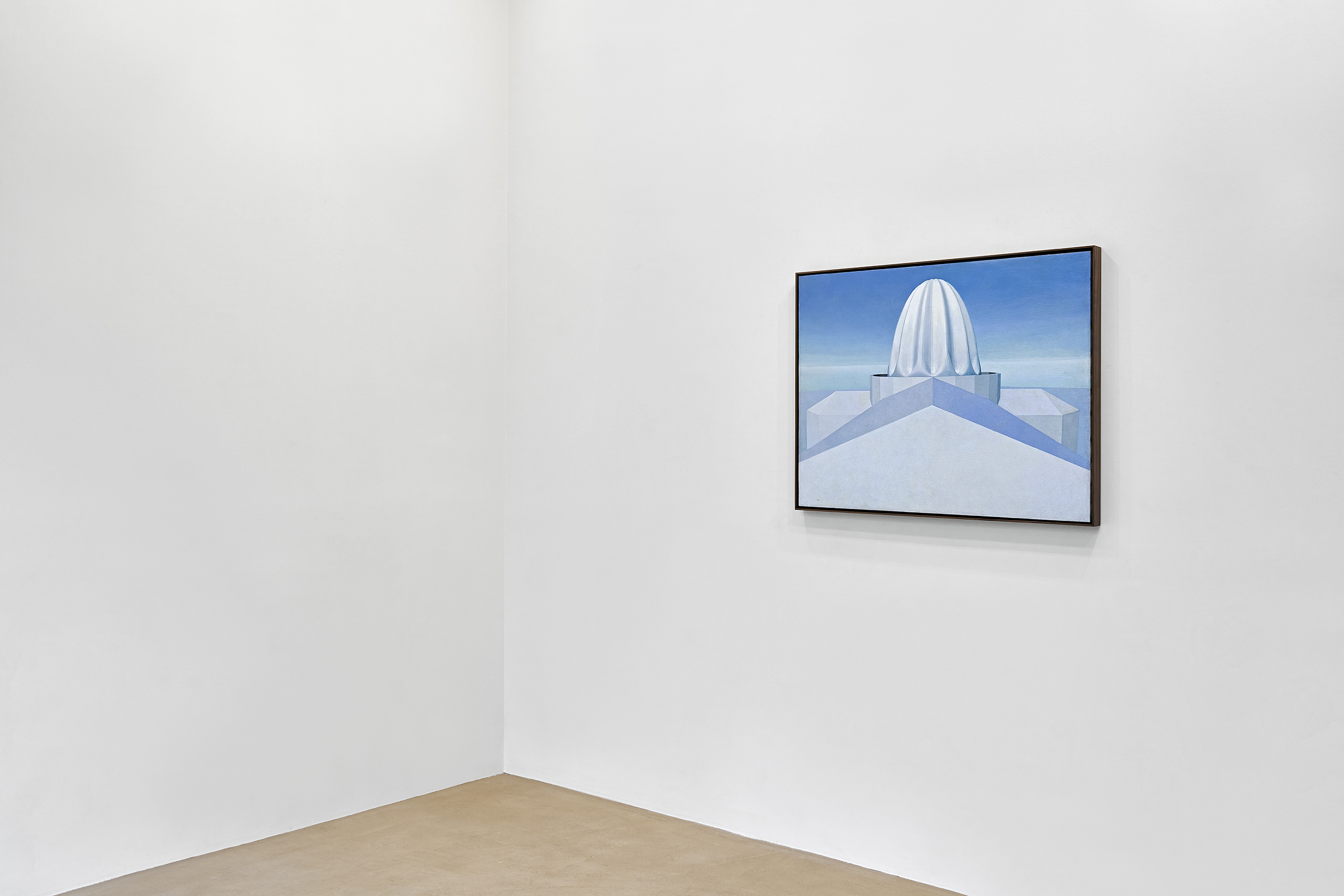 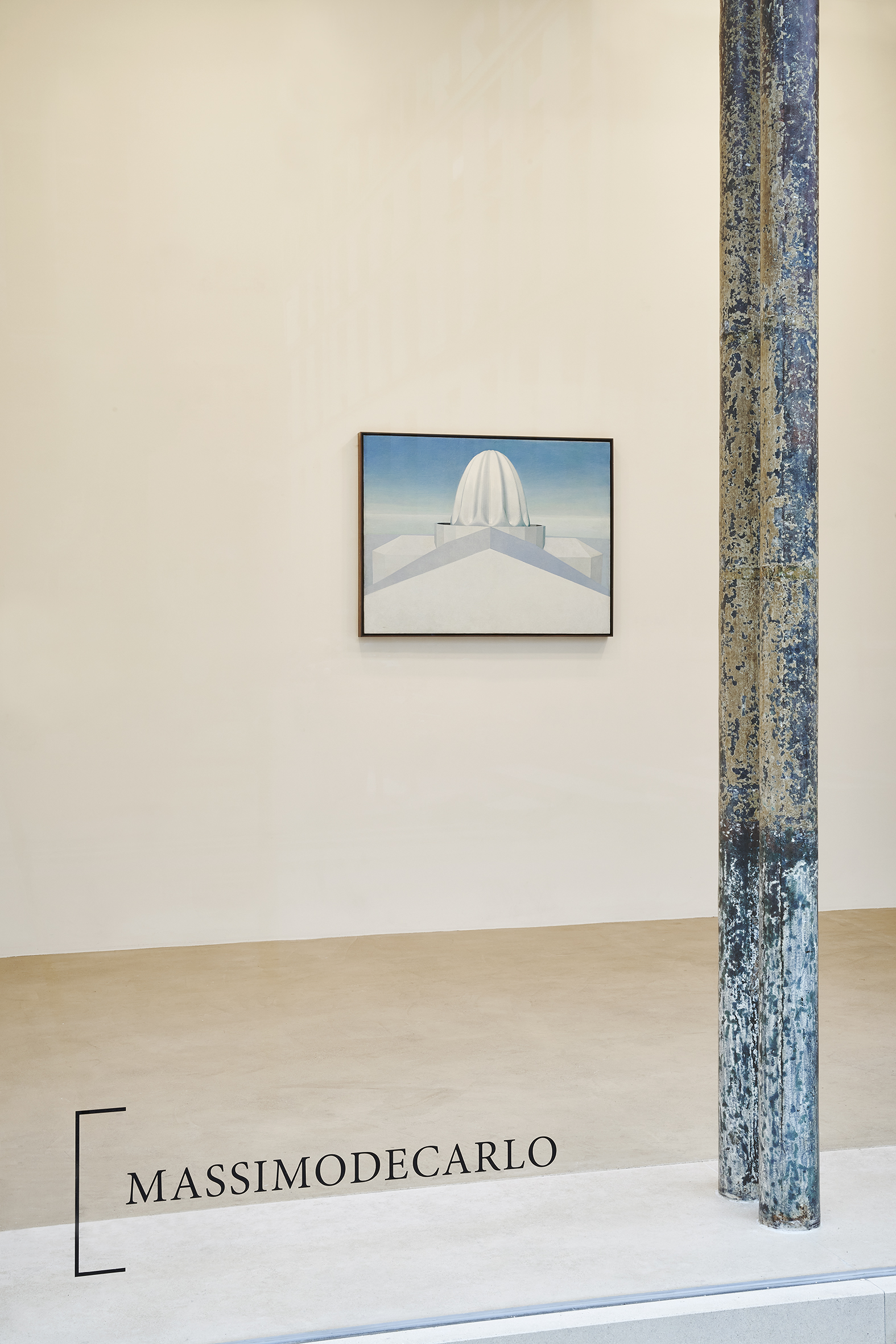 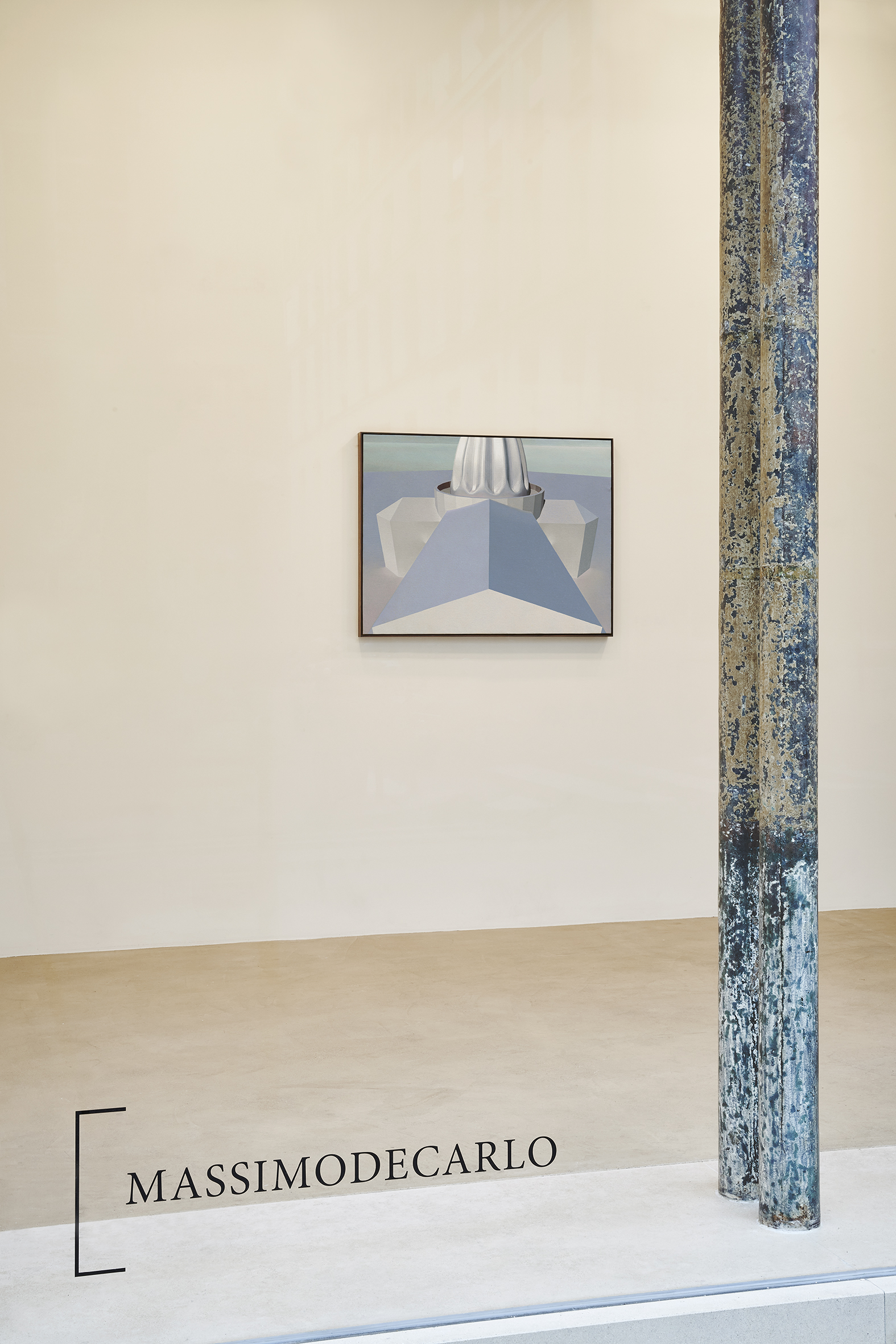 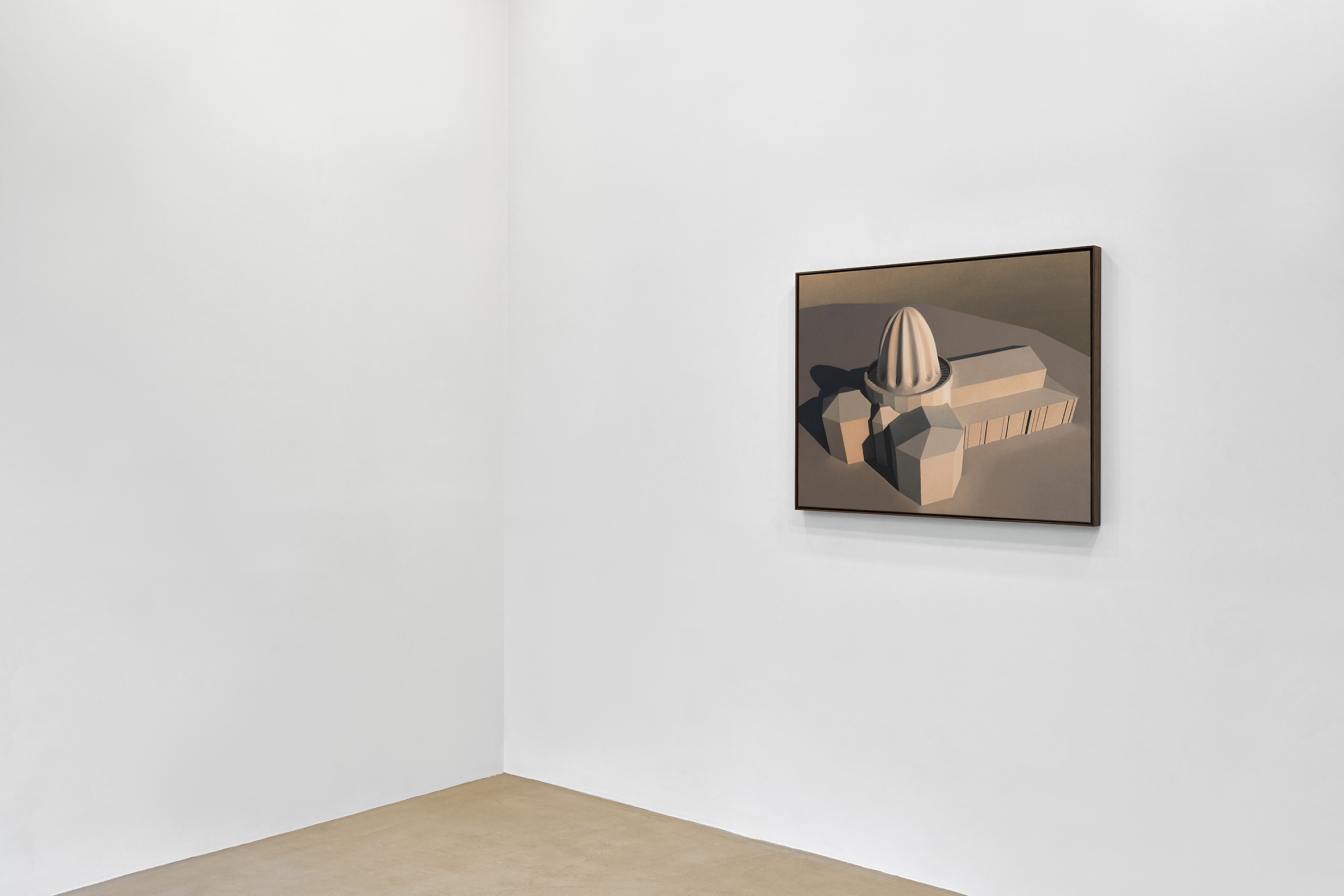 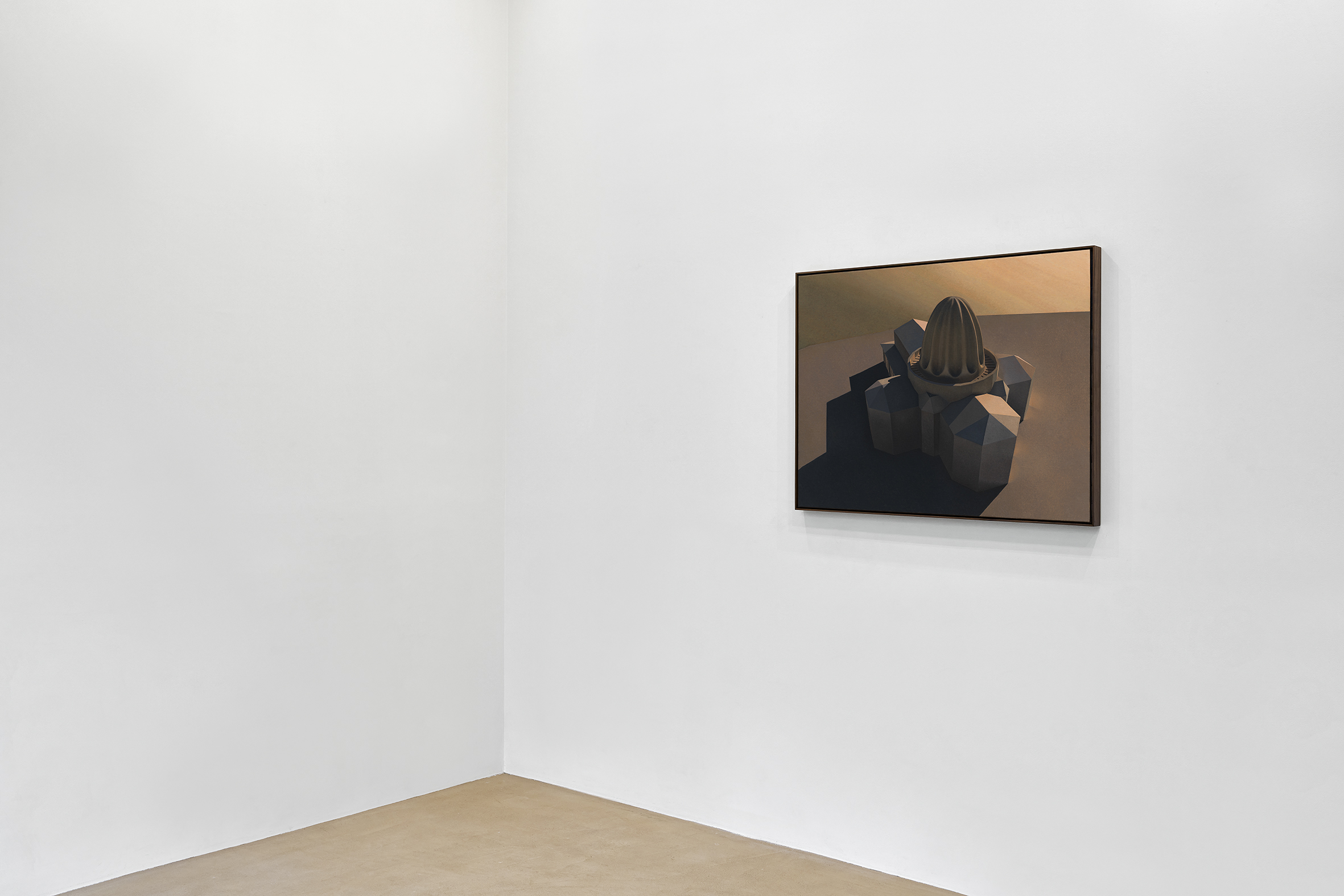 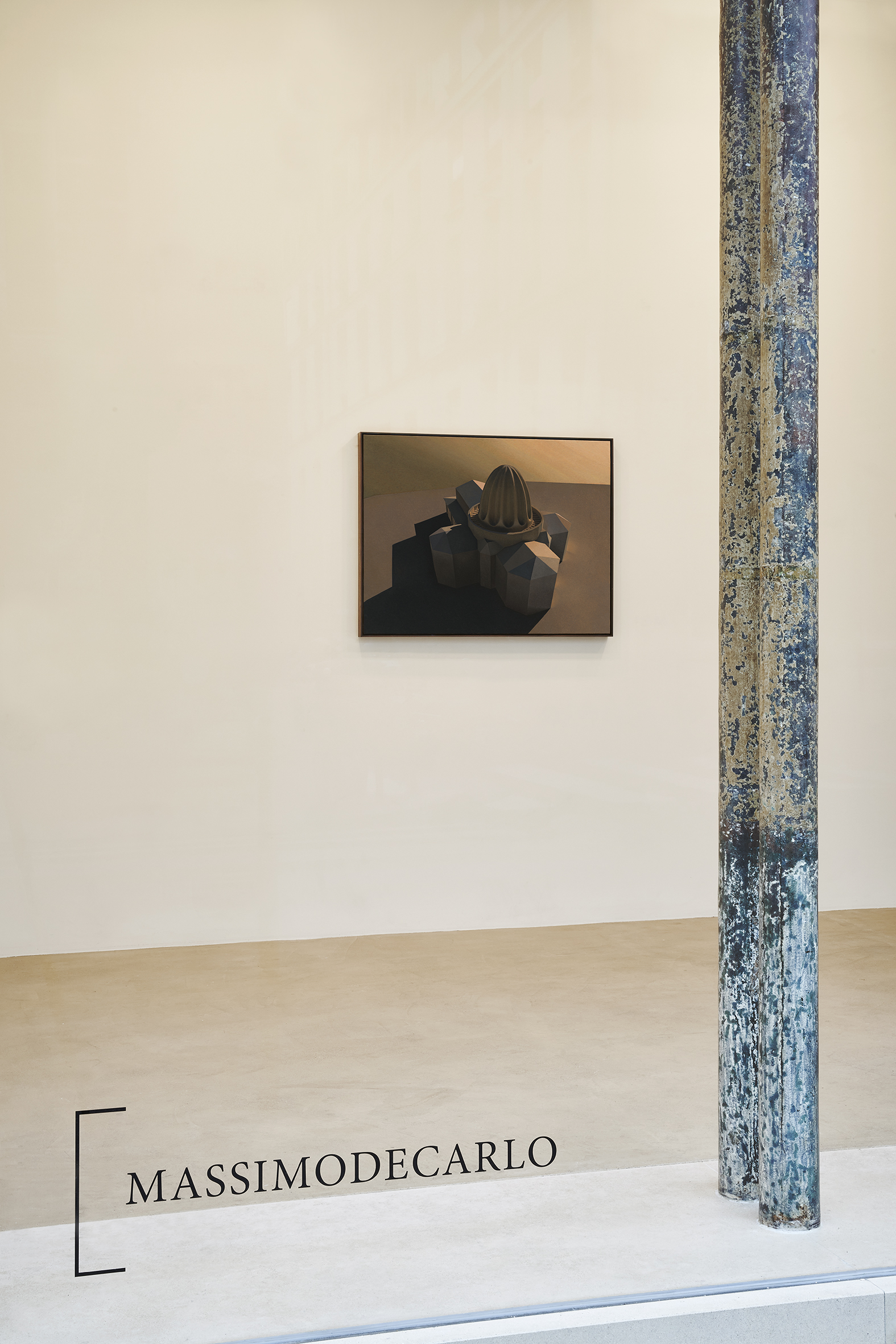 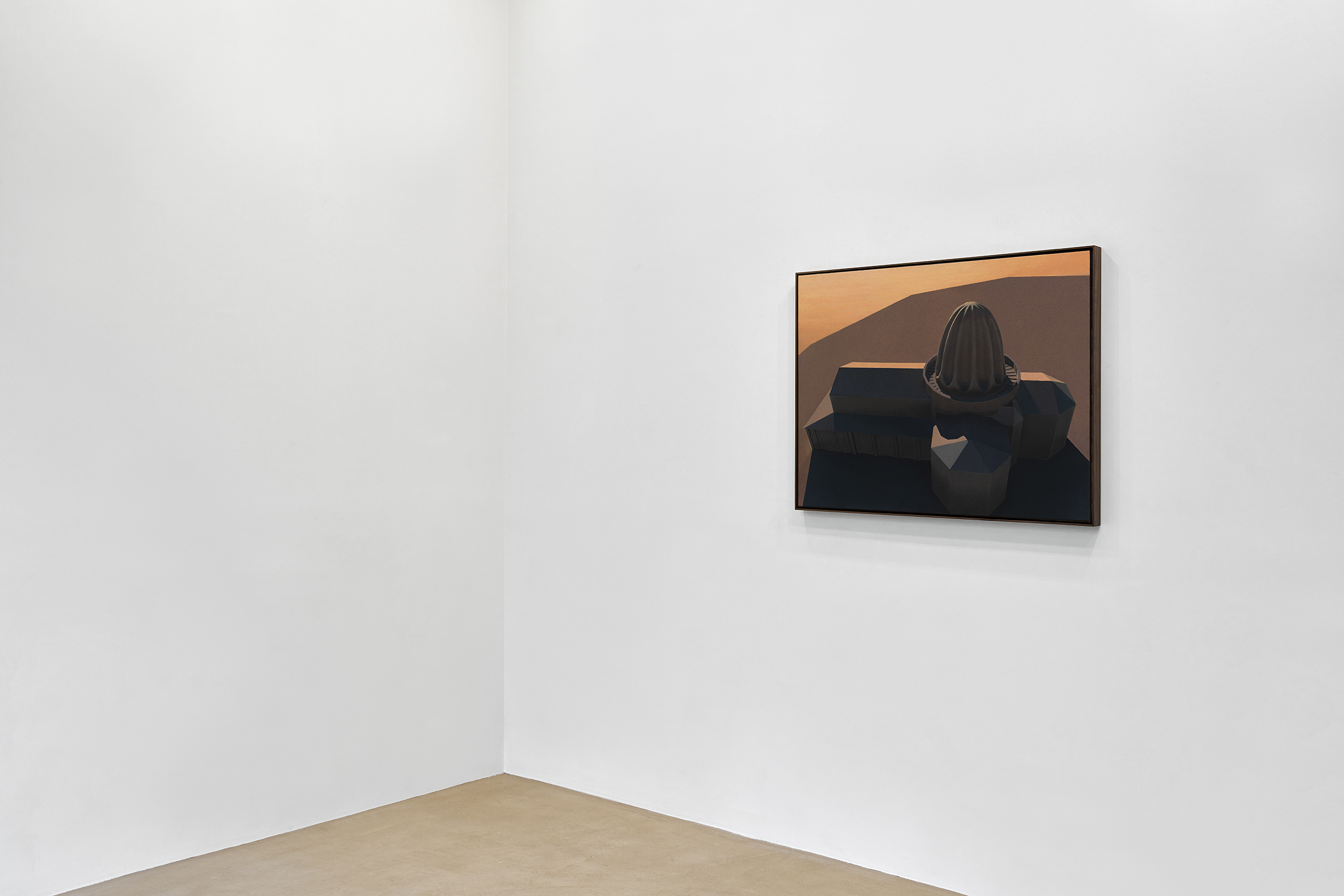 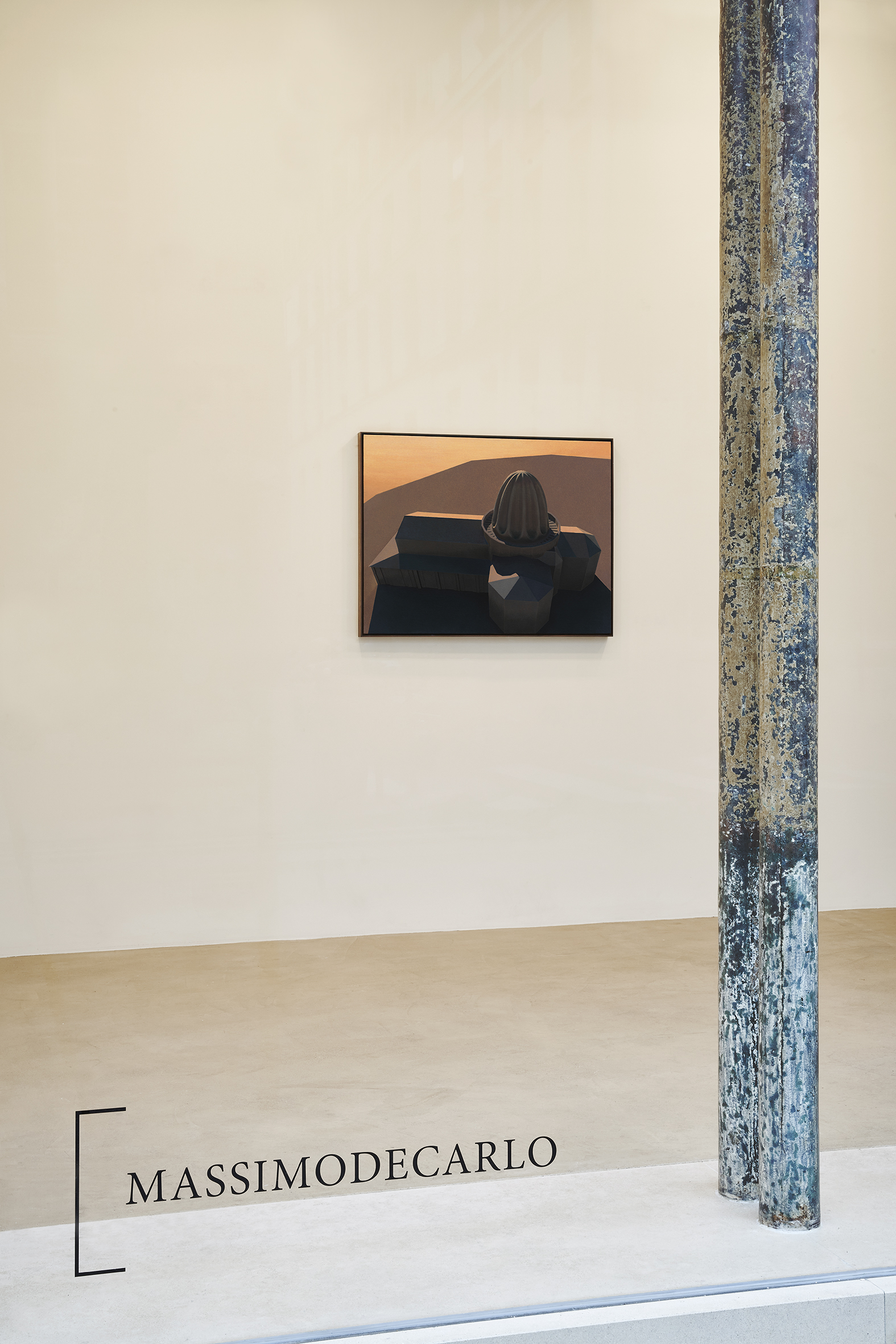 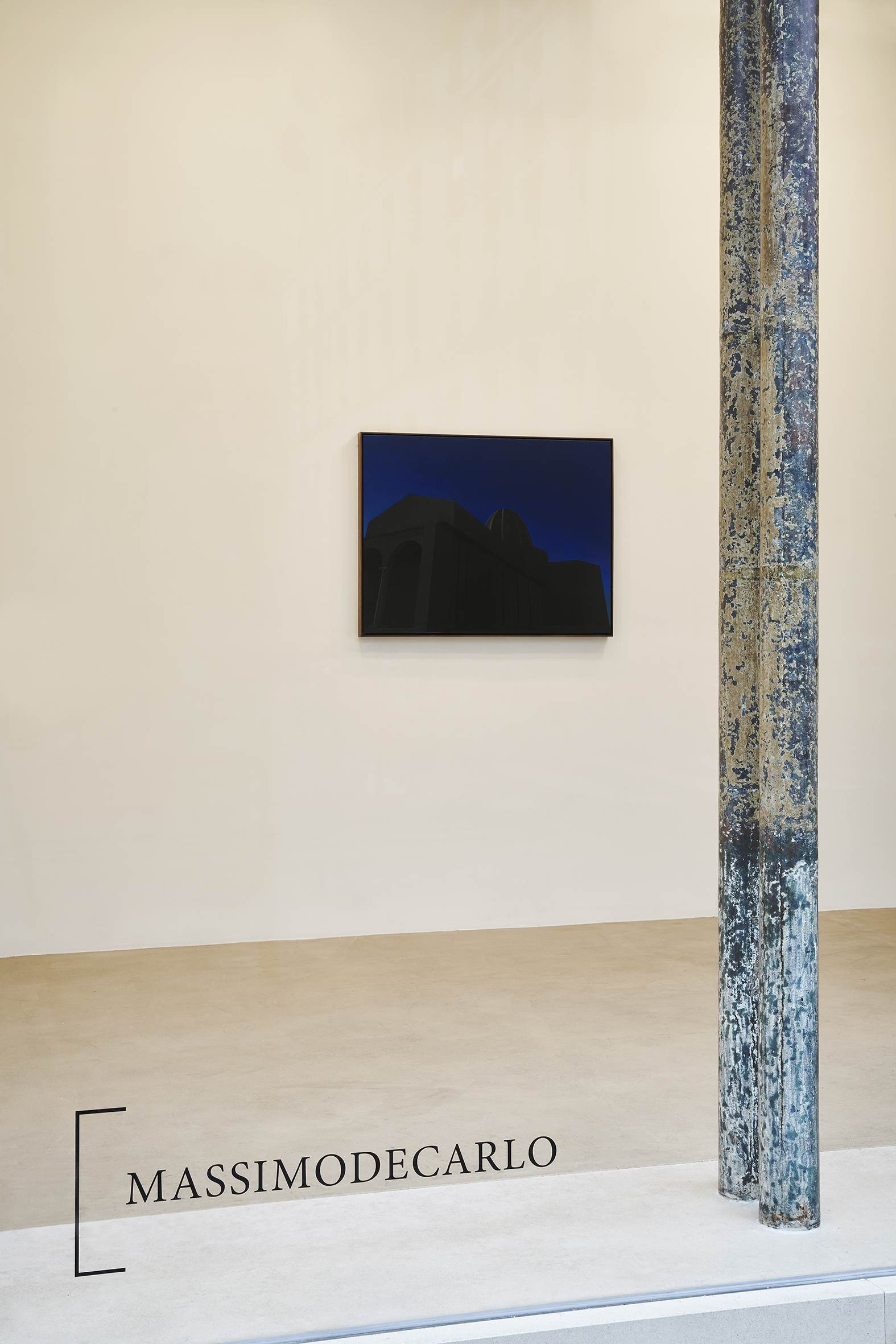 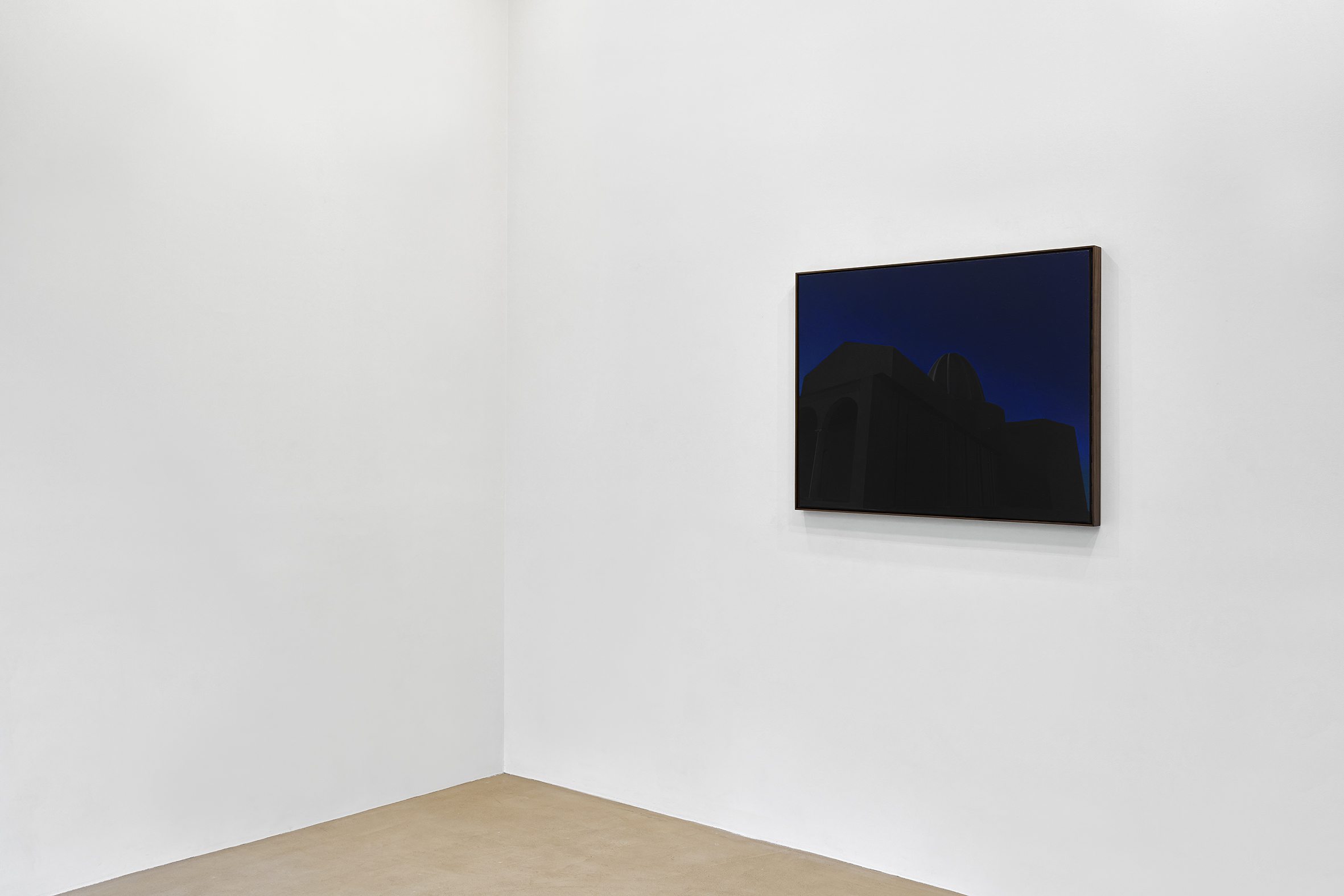 Following the space’s “pièce unique” premise, the exhibition features six works in six days: one work each day, drawn from a digital animation of a basilica seen from different angles, from dusk till dawn.

The presentation of Giocondità is accompanied by a text by Los Angeles-based curator Douglas Fogle:

“One of the principal methods employed by Roccasalva is repetition. The strongest images that make up his ongoing symbolic lexicon reappear over and over again throughout his work with each iteration embodying a slight transformation as they migrate from two to three dimensions and back again.

The digital animation Giocondità (2002) was produced during an artist’s residency in the deconsecrated Church of San Francesco in Como, Italy. Cinematographically composed of an aerial tracking shot that sweeps around a digitally rendered church, Roccasalva’s simulated camera methodically observes this speculative building with a bird’s eye view from the digital firmament. As his “camera” tracks its irregular circular trajectory around this structure, time elapses and the Sun starts to steadily set forcing the building to cast longer and longer shadows on its virtual surroundings. Upon closer inspection we are startled to see that this is no normal basilica as its cupola has been rather subversively rendered by the artist in the form of a common kitchen citrus juicer that slowly rotates through the duration of the video.  (…) In his formulation, what at first seems like a virtual architectural folly in the form of a church becomes a tomb for a failing Sun which itself mirrors the decline of Western notions of Truth and Reason while heralding a world that has lost its center.

Admittedly this may seem like a lot to load onto this image but in Roccasalva’s world it doesn’t seem so burdensome. There is a lightness to the way that he focuses on everyday objects and transmits them to the viewer as if these images somehow came to us in daydream. (…) As the camera in Giocondità follows an irregular orbital path around the church we find ourselves caught not only within the gravitational pull of a building illuminated by the crepuscular shadows of a dying Sun but also within the confines of a cinematic establishing shot of an ongoing story of loss and decay.” 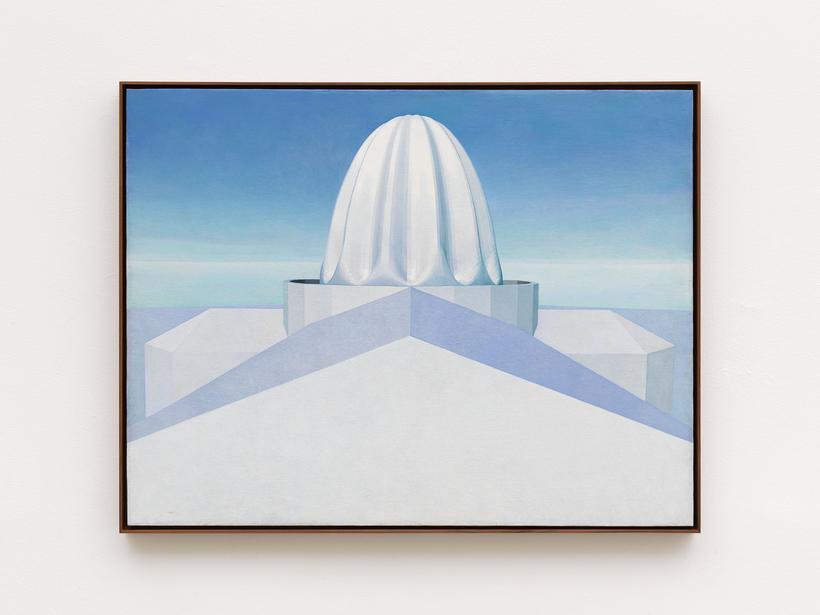 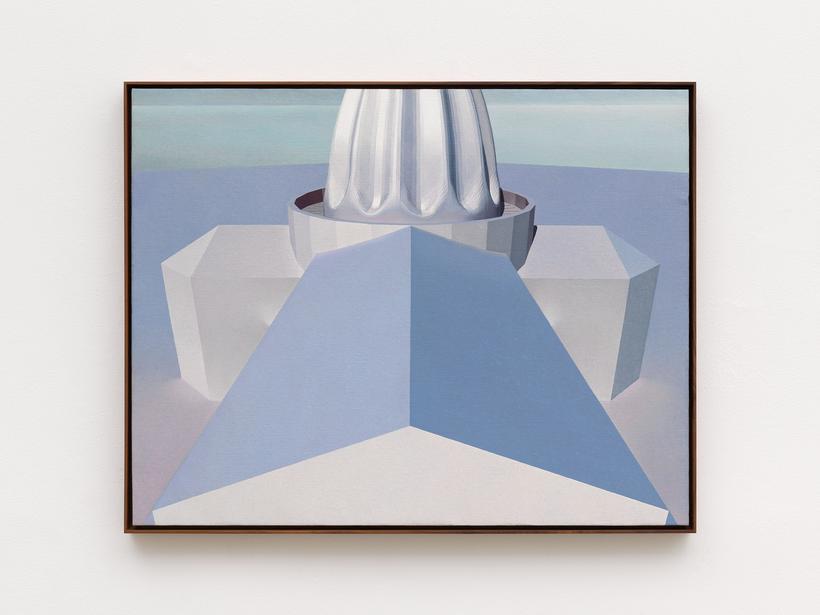 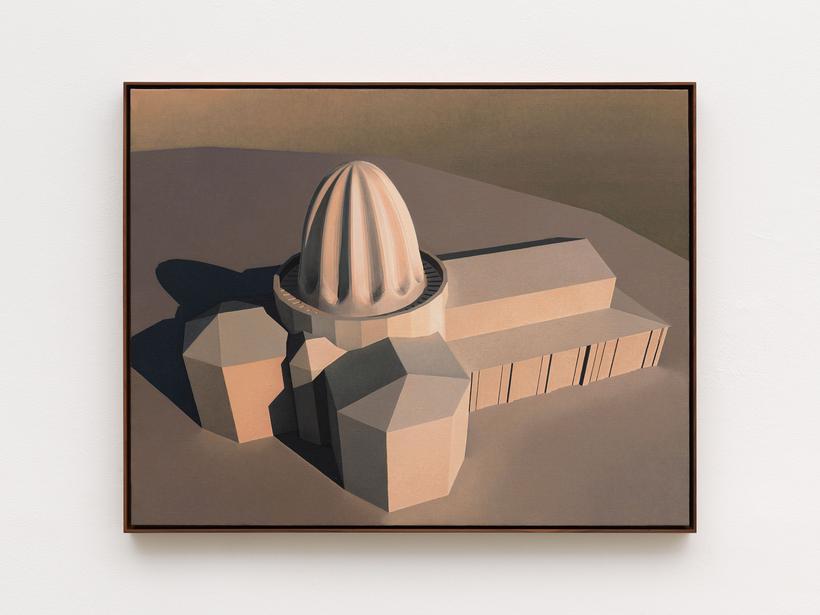 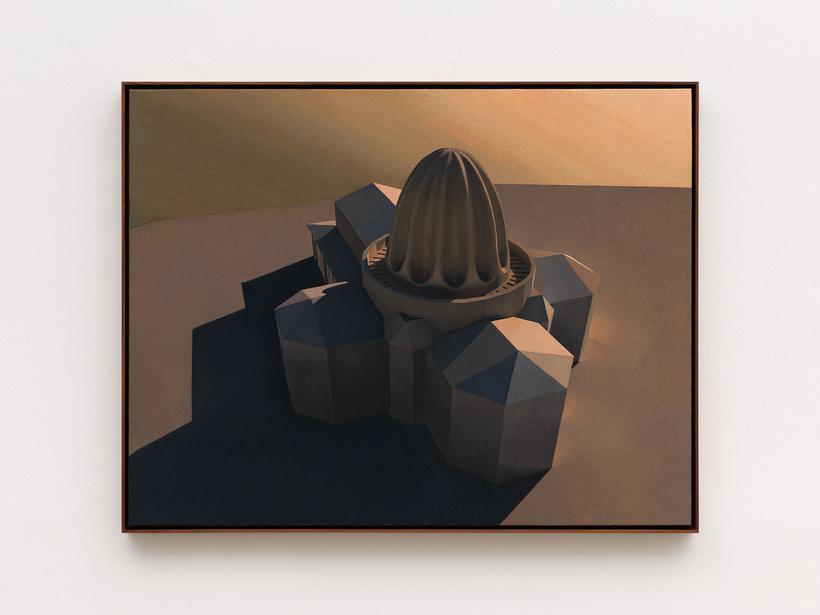 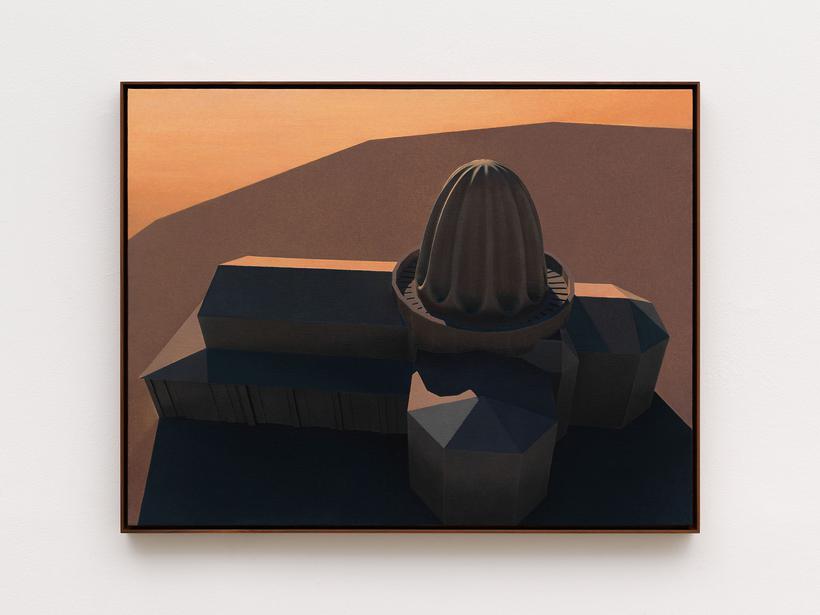 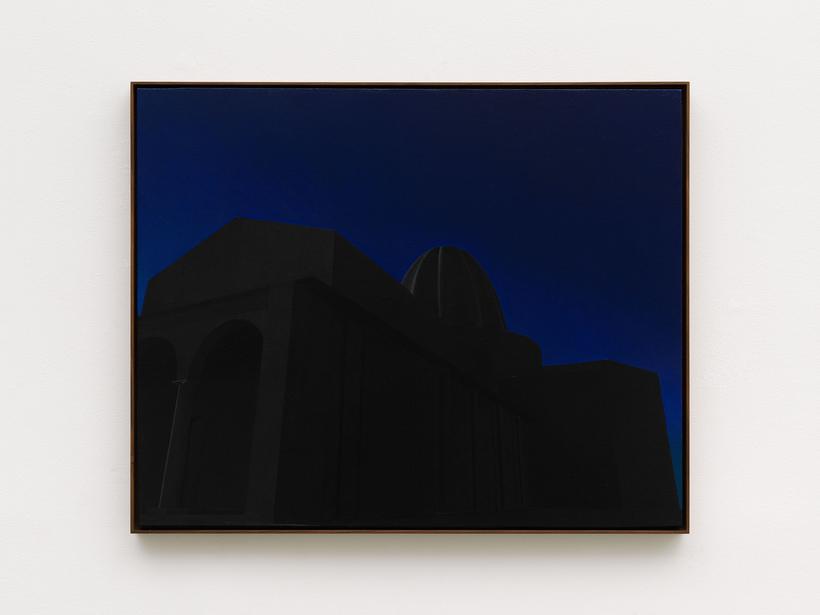 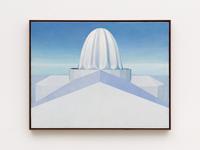 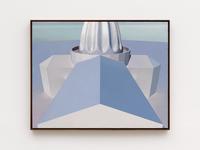 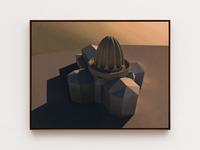 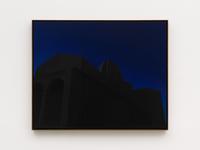