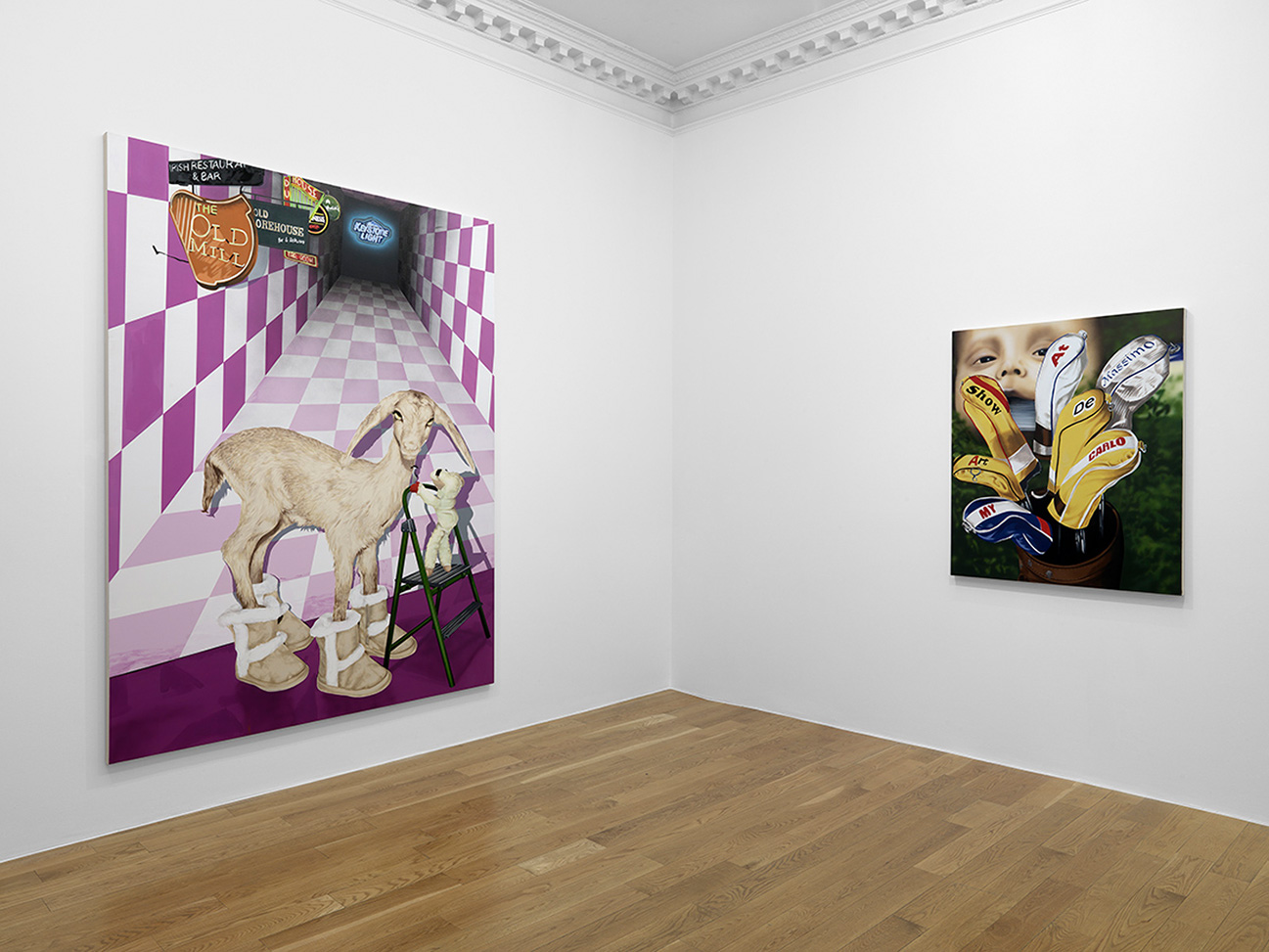 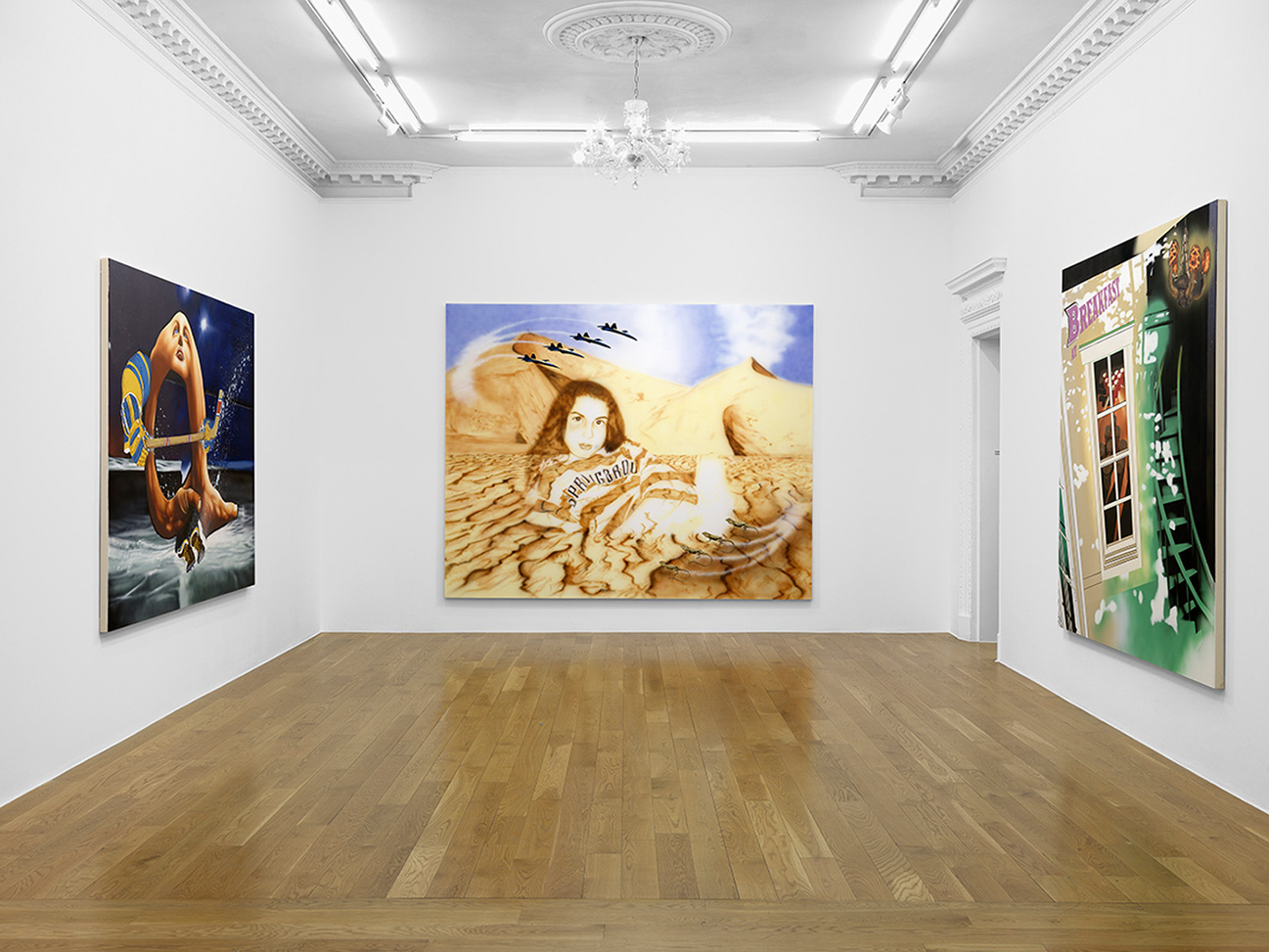 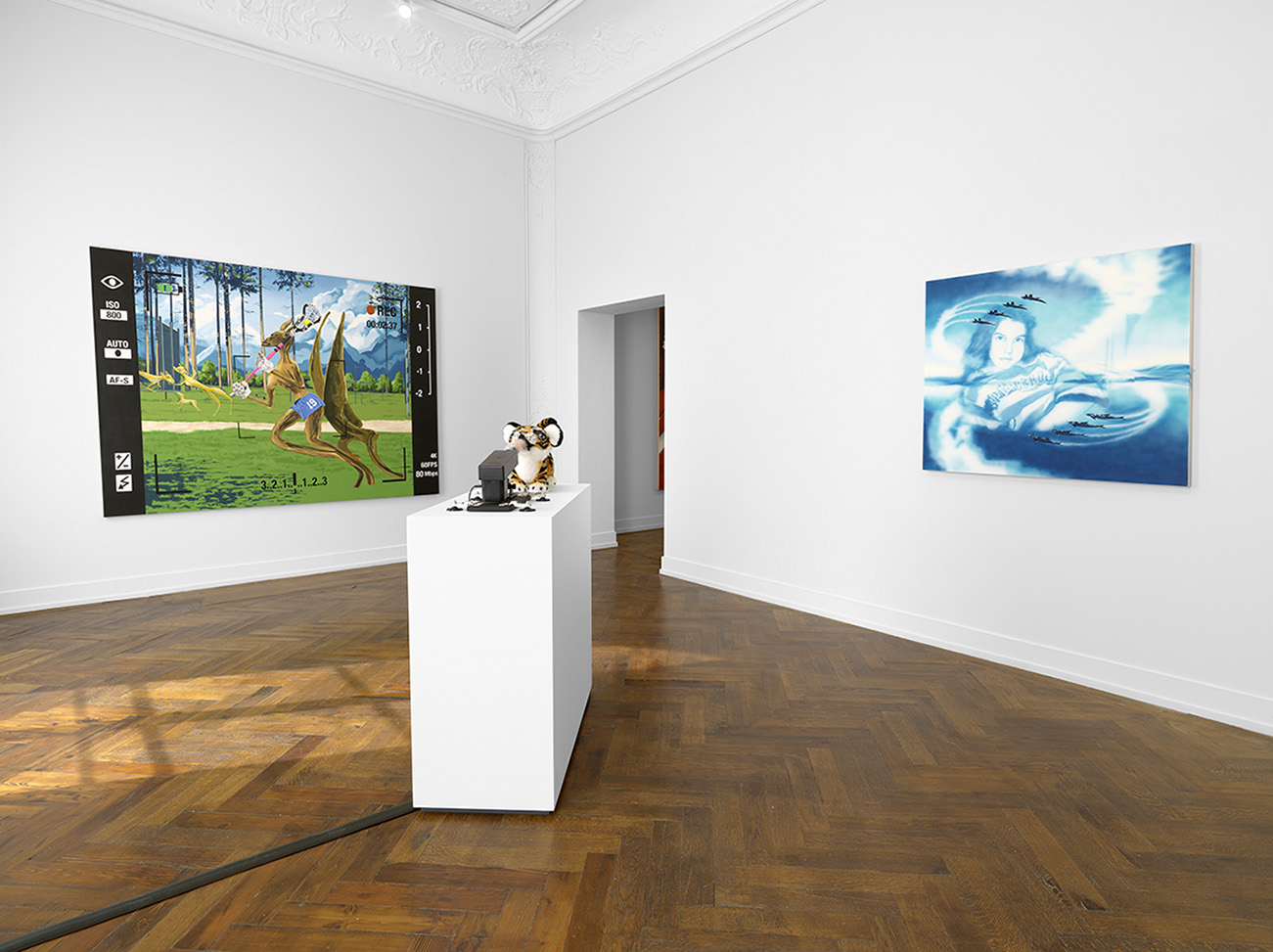 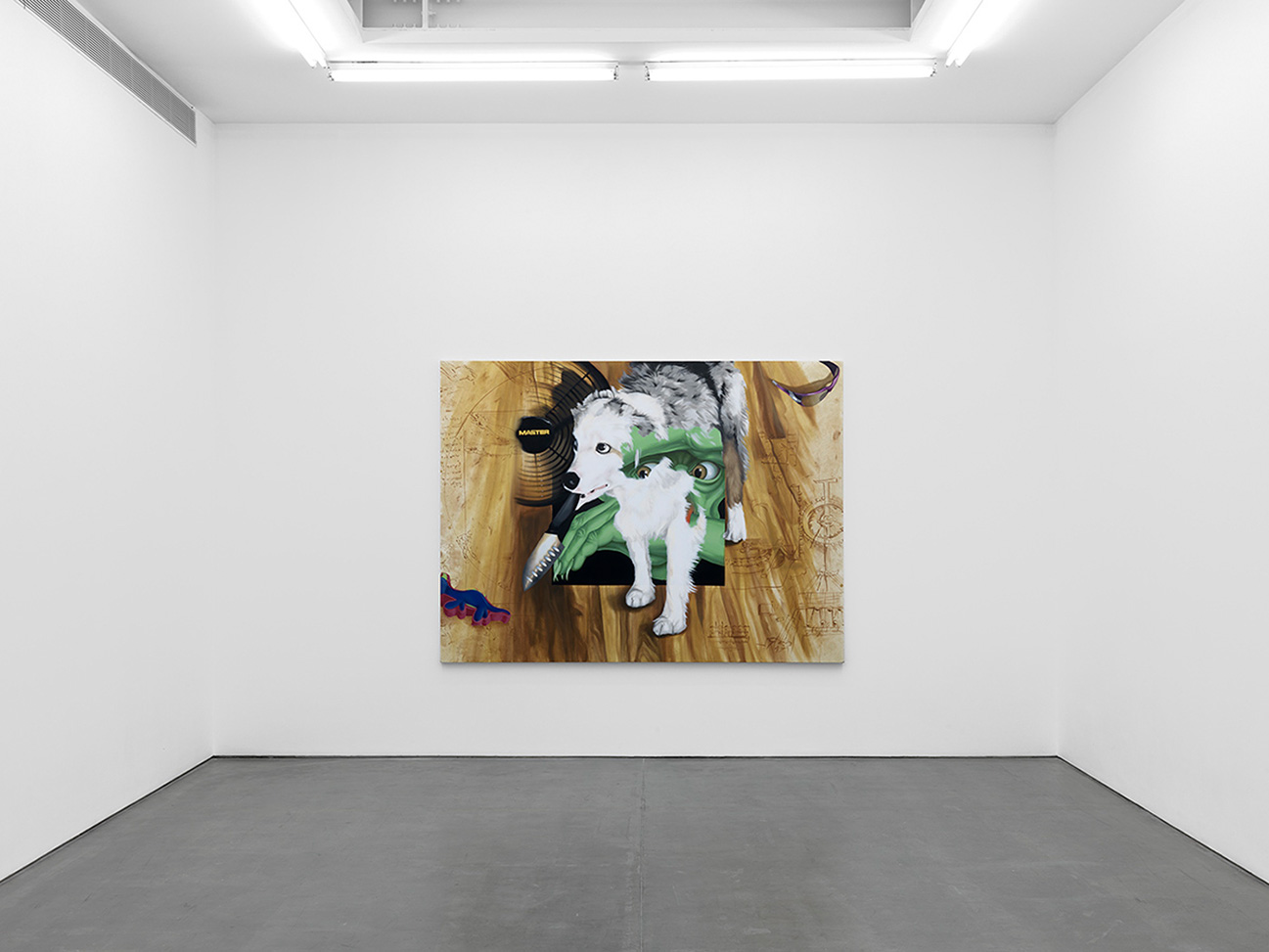 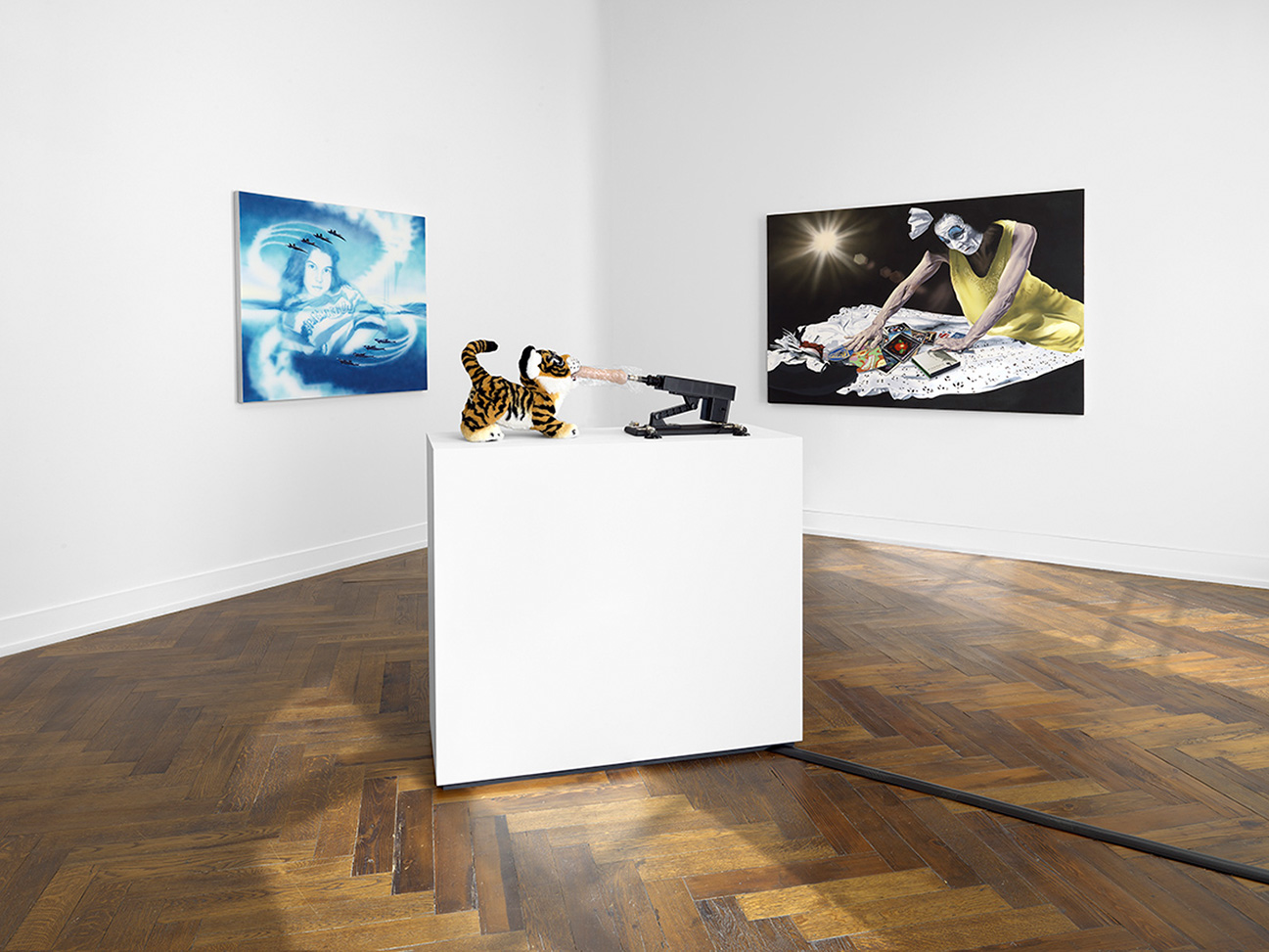 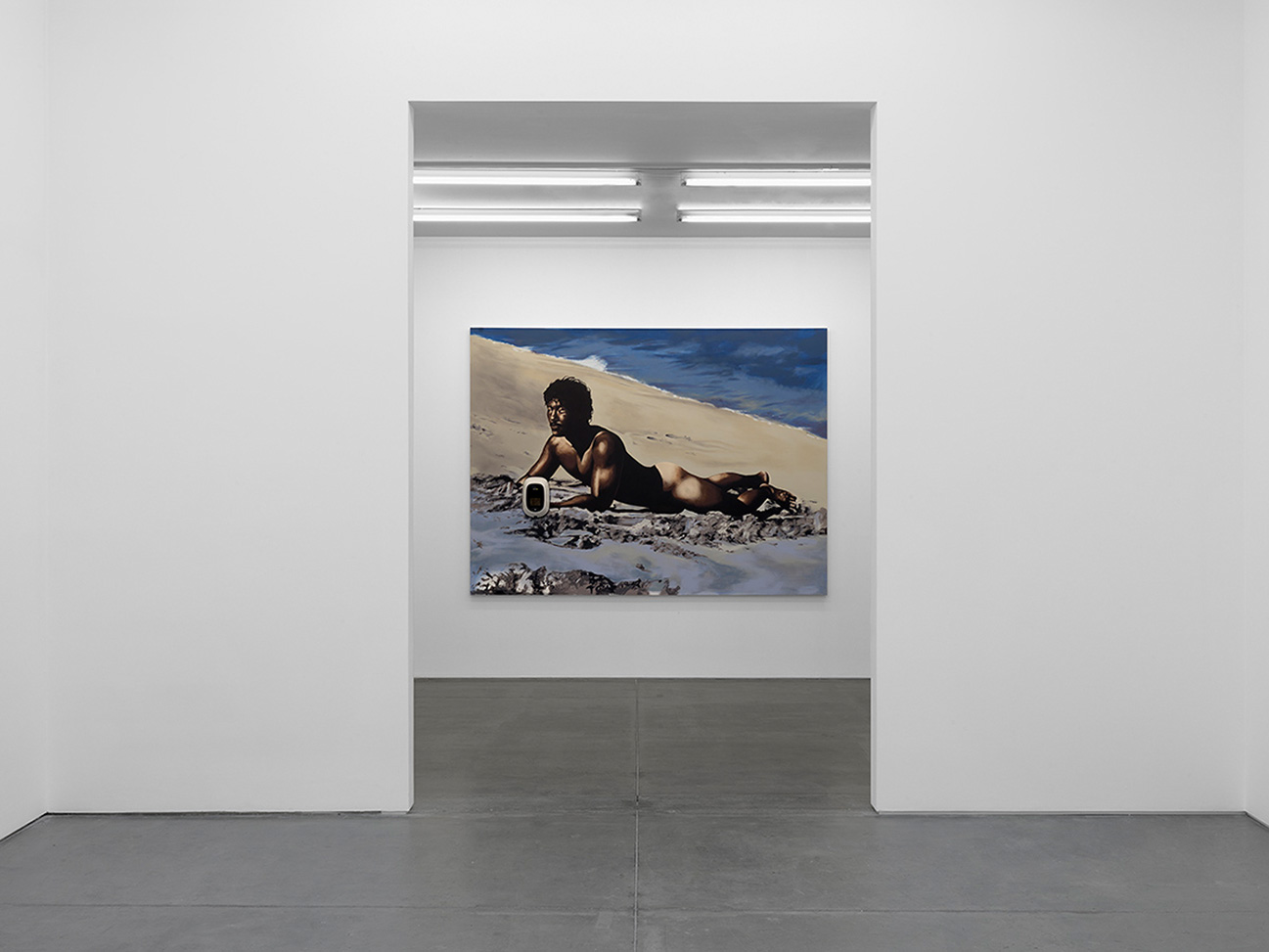 Massimo De Carlo London is pleased to present Let’s Kill Nicole, an exhibition by the New York based American artist Jamian Juliano-Villani.
Let’s Kill Nicole alludes to a friend, most likely in grade school, who makes a violently irrational suggestion, such as killing a bully or a friend. That suggestion is the vortex of the show.
Overtaci, a deer-cum-human figure, finds its origin from the obsessive work of a Danish outsider artist, Ovartaci. Ovartaci spent majority of her life as a patient mainly hidden in the Risskov Psychiatric Hospital in Aarhus, Denmark. Juliano-Villani reimagines the artist’s muse as a teenage American lacrosse player framed by a parents’ camera lens. The stale obsessive humanoid is frozen in activity, with the athletic shorts rolled up all the way up. When a veteran retires they are usually given a ceremonial water salute with firehoses and jets, saluting them for their work. In two paintings, Big Amy and one small - Little Amy, a mirage vision of Amy Winehouse as a child is airbrushed in a desert, an ocean, being saluted by dolphins and lizards. The lowly beach style of boardwalk t-shirts and trinkets is used to memorialize Amy. She is a blip of a cheap angel in British culture.
Let’s Kill Nicole focuses on banal drama. There is irrational and melodramatic behaviour; a guilty dog with a bagel knife in his mouth, the butoh dancer Kazuo Ohno reminiscing over old CDs, and a naive monster truck mural trying to break out of the facade of the gallery. This is Juliano-Villani’s second show with the gallery.