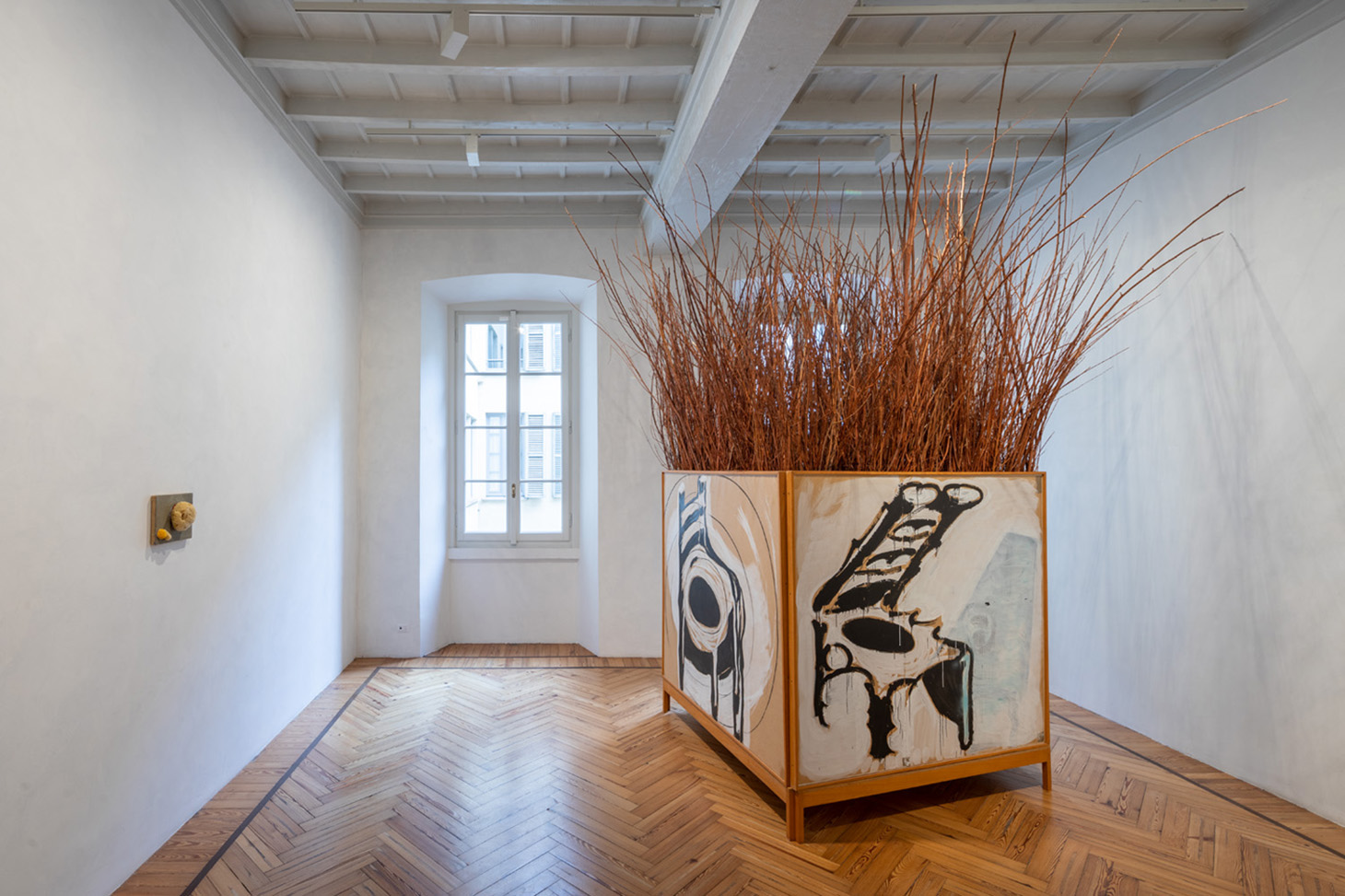 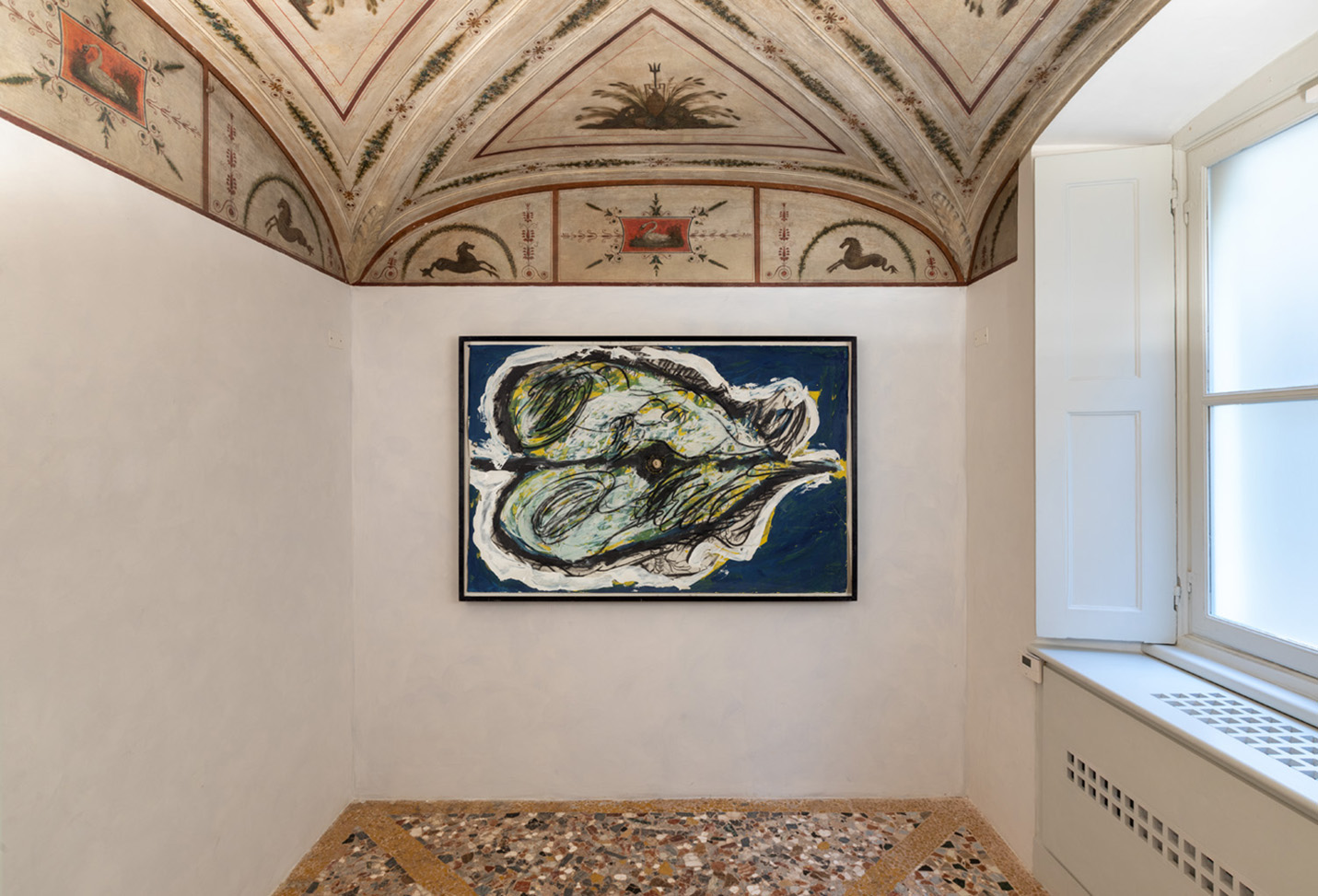 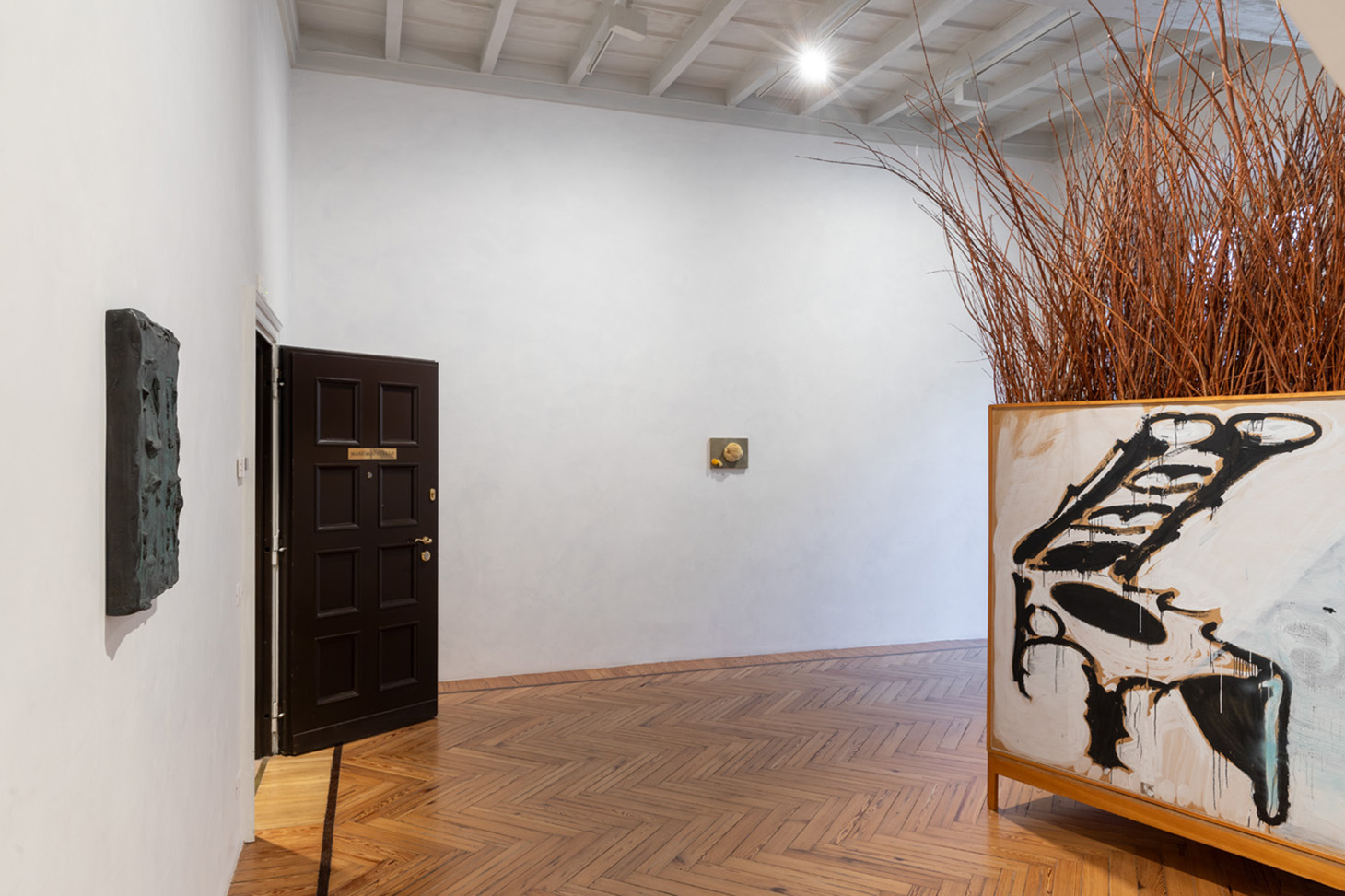 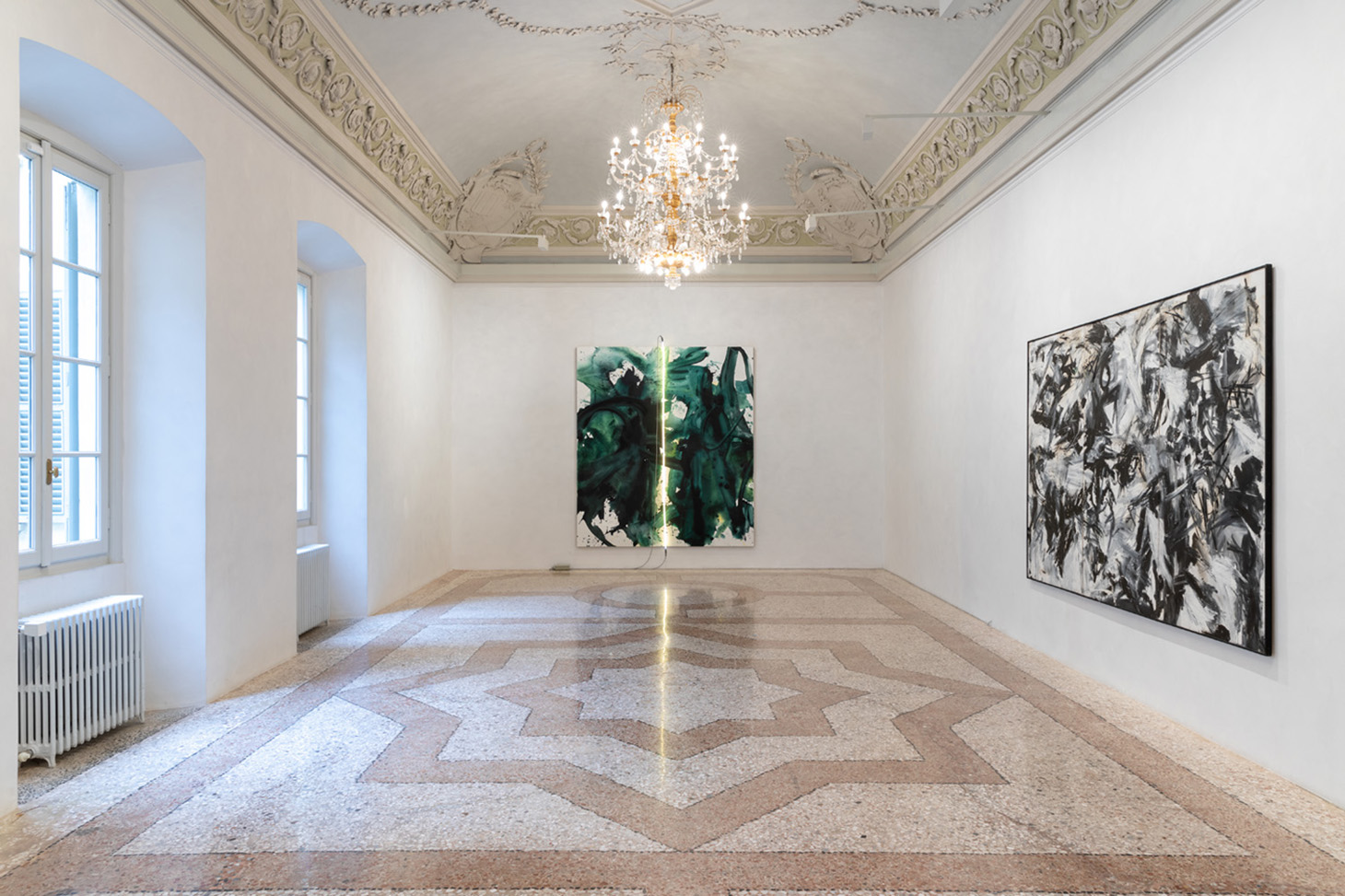 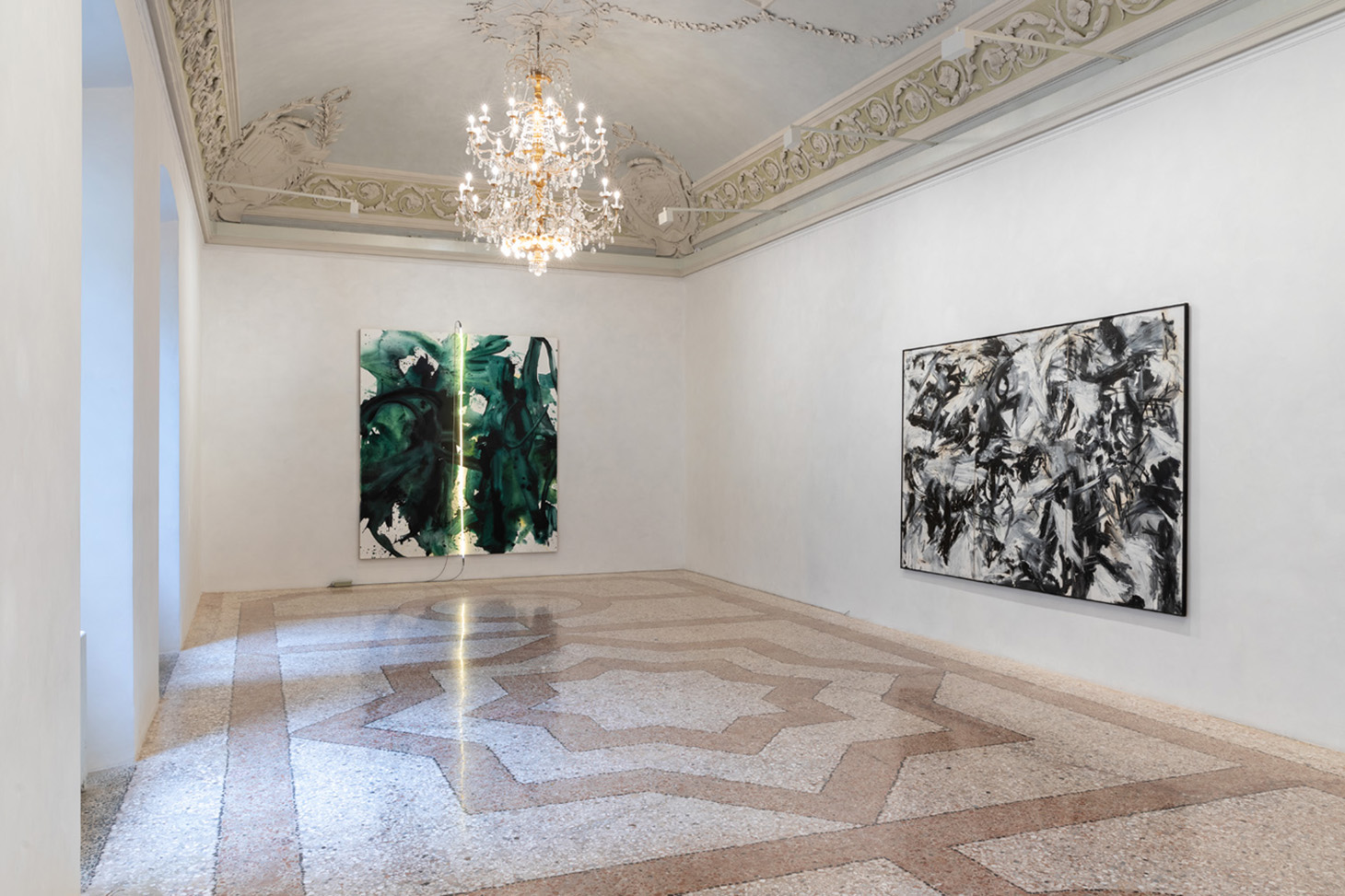 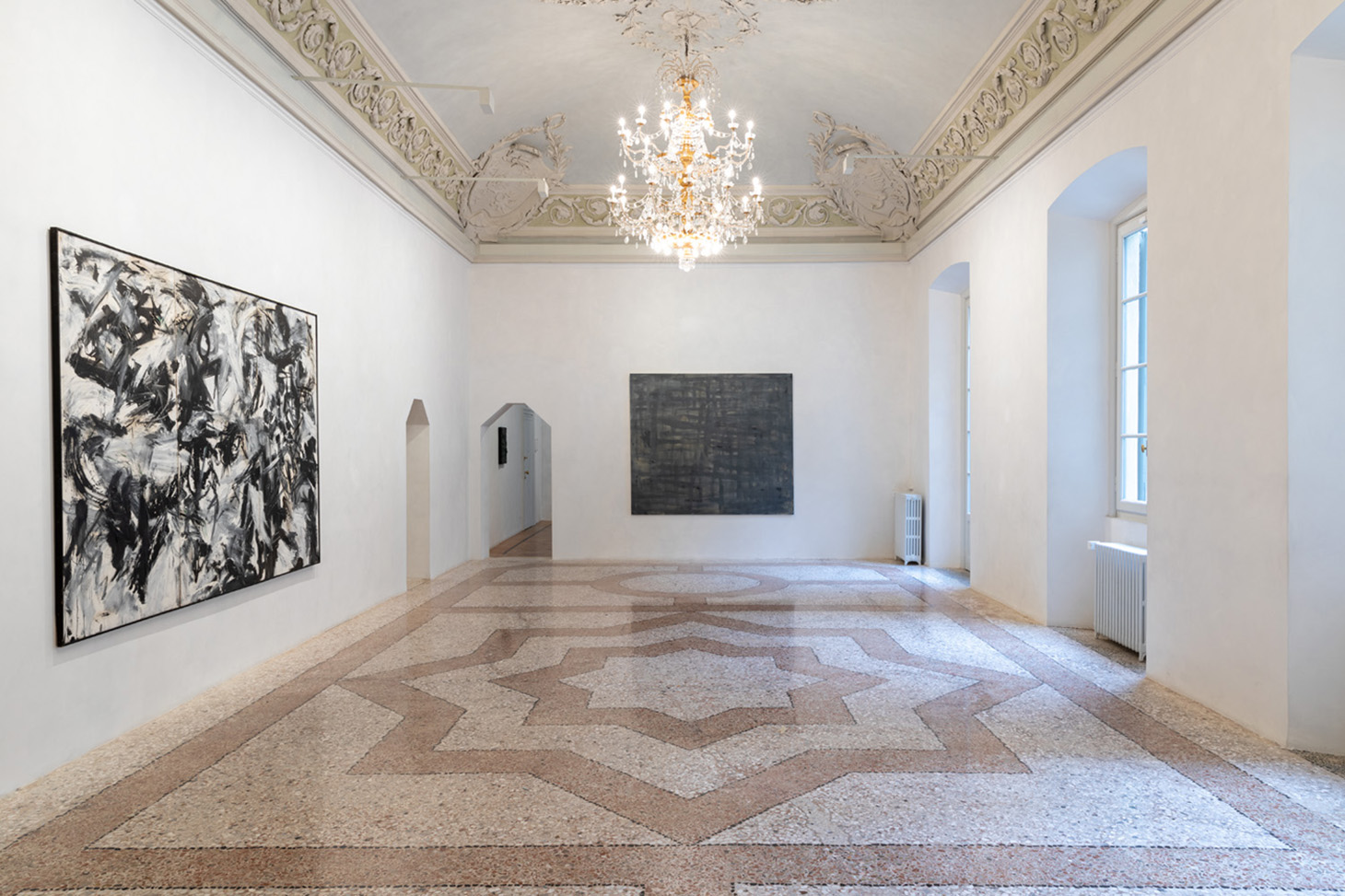 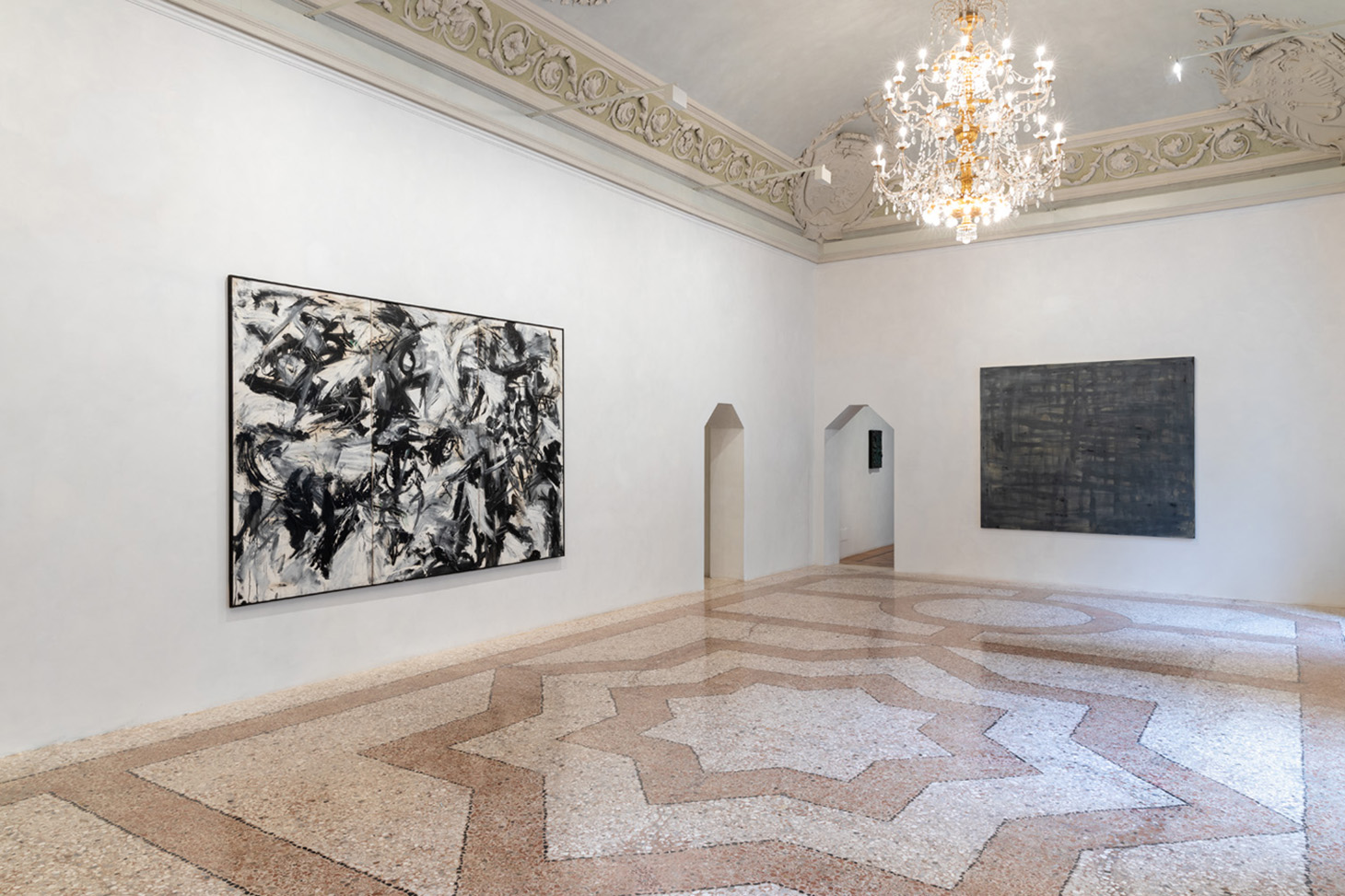 The exhibition brings together seminal works by each artist, with the aim to investigate the variations of the relationship between the dynamism of the medium, the spatial degrees of object-hood in the context of the canvas, and qualities of colour. All artists on display have, consciously or unconsciously, explored ideational, interpersonal or textual functions of the canvas and the work of art: from Förg’s daunting and materic bronze to Merz’s 1980’s investigations of nature, to Vedova’s propulsive energy and Mary Weatherford’s echoing glass light tubes – the discourse can always be drawn back to the complex yet unstructured space between thought and action. Absolute and infinite, void and darkness, gesture and logic, light and dimensionality are tangible in each work in the exhibition.

The two works on display by German artist Günther Förg, belonging to two different bodies of work, embody the artist’s reflections on spatiality and materials. In the bronze painting in the first room, a material that the artist started using in the late 1980’s, the artist challenges and evolves from the stereotypical notion of canvas by using bronze: the result is that these dimensional pieces have an immersive character, where the painterly gesture combined with the physicality of bronze draws the viewer to a reflection on the sublime and sobriety. The grey painting in the second room is part of a larger group of works that Förg first executed in 1973 continuing through to his death in 2013: these elegant, dense works showcase not only the artist’s evolving relationship with the monochrome, but also embody the multiple material and conceptual concerns found elsewhere across his broad practice.

In the second room, the viewer is confronted with a large-scale canvas by the Italian painter Emilio Vedova, that through Per la Spagna Nr. 14 (1962) expresses his radical stances on both paint and politics – combining his avant-garde techniques of exploring the dynamism of the painterly action between light and space to the desire to convey a message. The work is part of a cycle that the artist created for the 1962 exhibition organized at Ca ’Giustinian, in Venice, during the Biennale d'Arte. The canvas is aggressively covered in black and white oil marks and abstract symbols, a physical and creative answer to the spectacle of violence offered by the twentieth century, in this case in particular dedicated to Spain that at the time was living in dark times – under the helm of the dictator Francisco Franco.

Mary Weatherford offers a contemporary reading of artists that use light and materials. In the second room, there is one of Weatherford’s signature works: a large abstract canvas is almost cut in half by a neon glass tube. The paintings are made using vinyl-based Flashe paint on linen canvasses made especially for the artist at a Belgian mill, and the neon tube is always made to order. The paintings are essentially invisible to the artist as she is working; only emerging after the canvas has dried. “Because the water reflects, I can’t really see what’s going to happen. It’s a quite a mystery,” Weatherford explained. “As the water dries overnight and the pigment sinks into the painting, it’s like watching a photograph develop. I come in the next morning and the image is there.” The combination of chance and manipulation is key in Mary Weatherford’s oeuvre that documents the orchestrated flow of organic material, where the artist alternates meticulous research to the creations of chance.

Iconic Italian artist Mario Merz, one of the key exponents of the Arte Povera movement, in his career explored the transmission of energy from the organic to the inorganic, using uncanny irony and the Shade of conceptualism to transform each thought into a vocabulary of sculptures and paintings. The small canvas in the reading room and the sculpture in the first symbolize Merz’s research of the late seventies- early eighties around the relationship between nature, logic and the varieties of gestures that can be encapsulated into art. Accumulation, reconfiguration and dynamism are some of the subjects that the eclectic artist conveyed into paintings and installations that capture force and delicacy and the wilderness of thought with the rigour of logic. 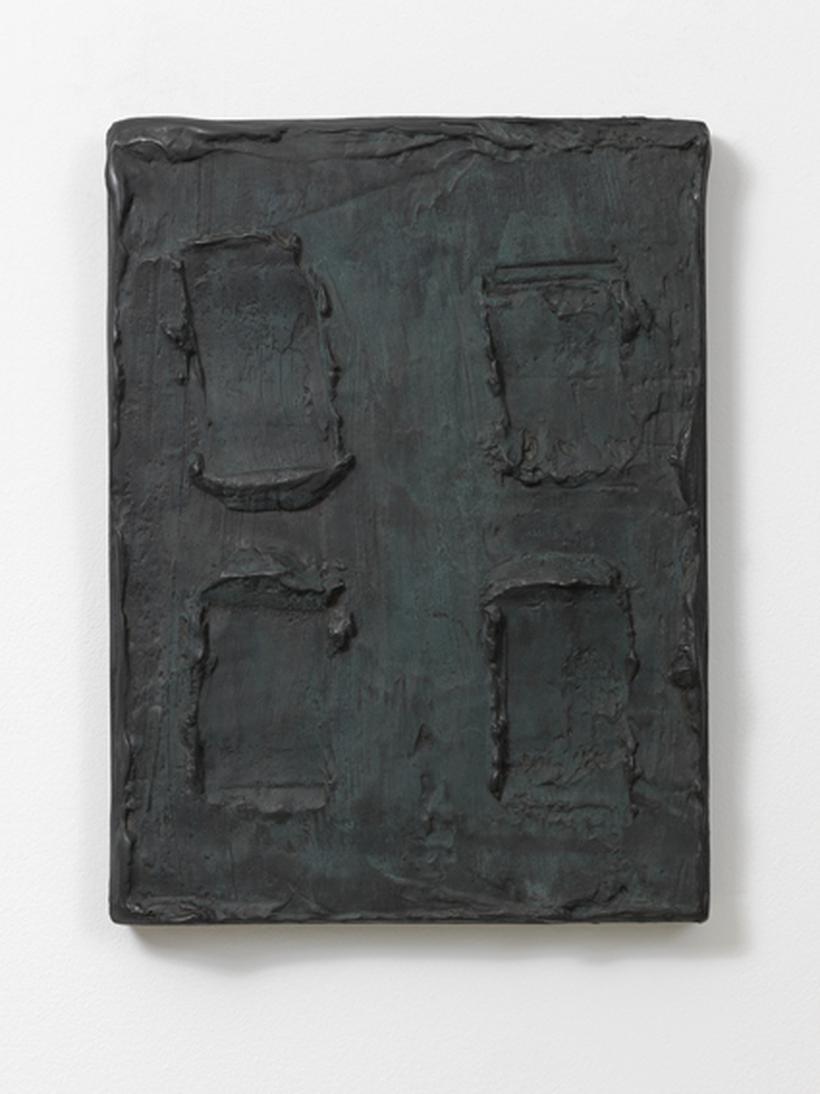 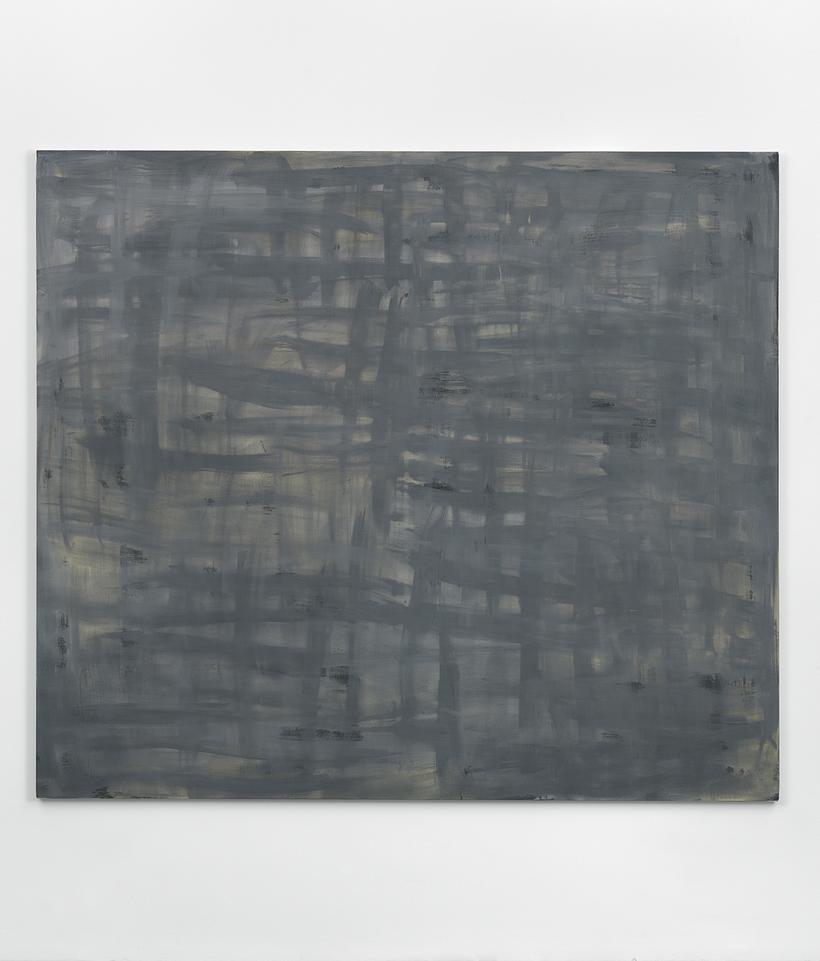 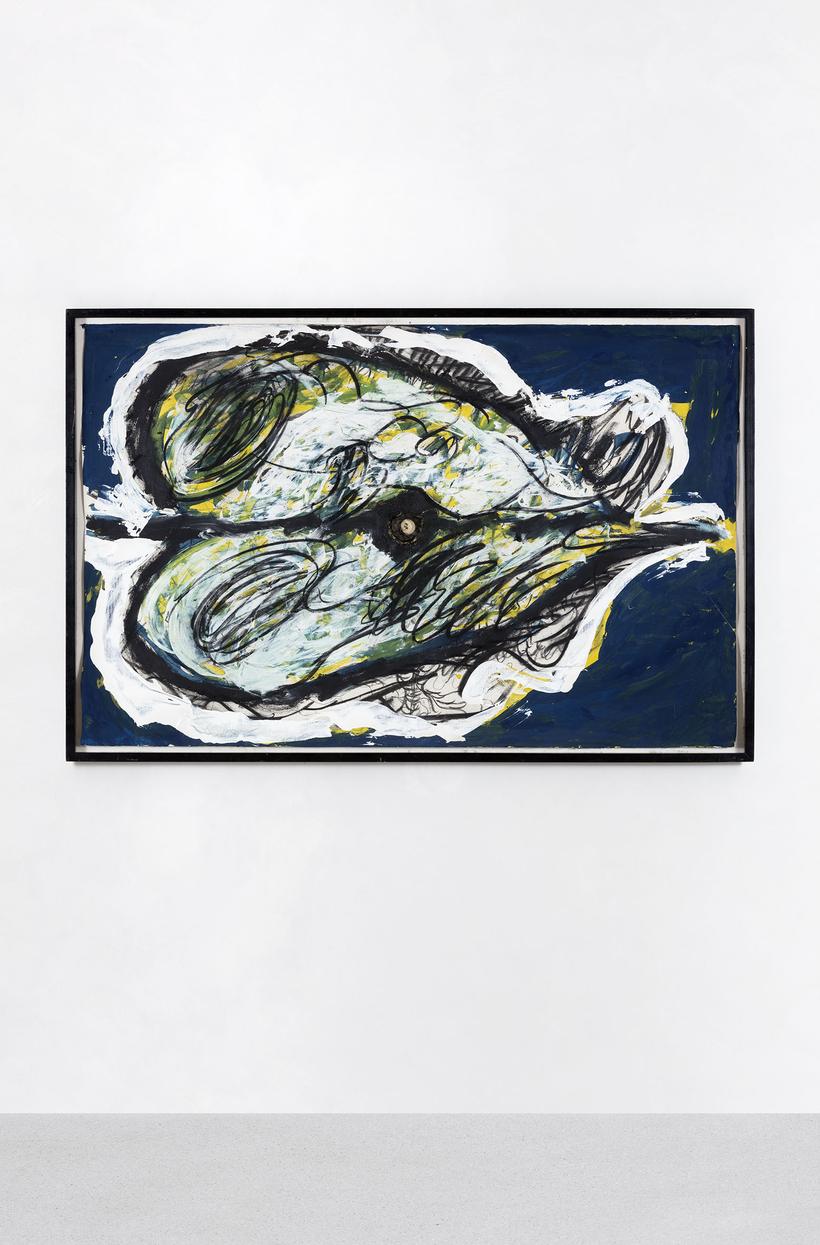