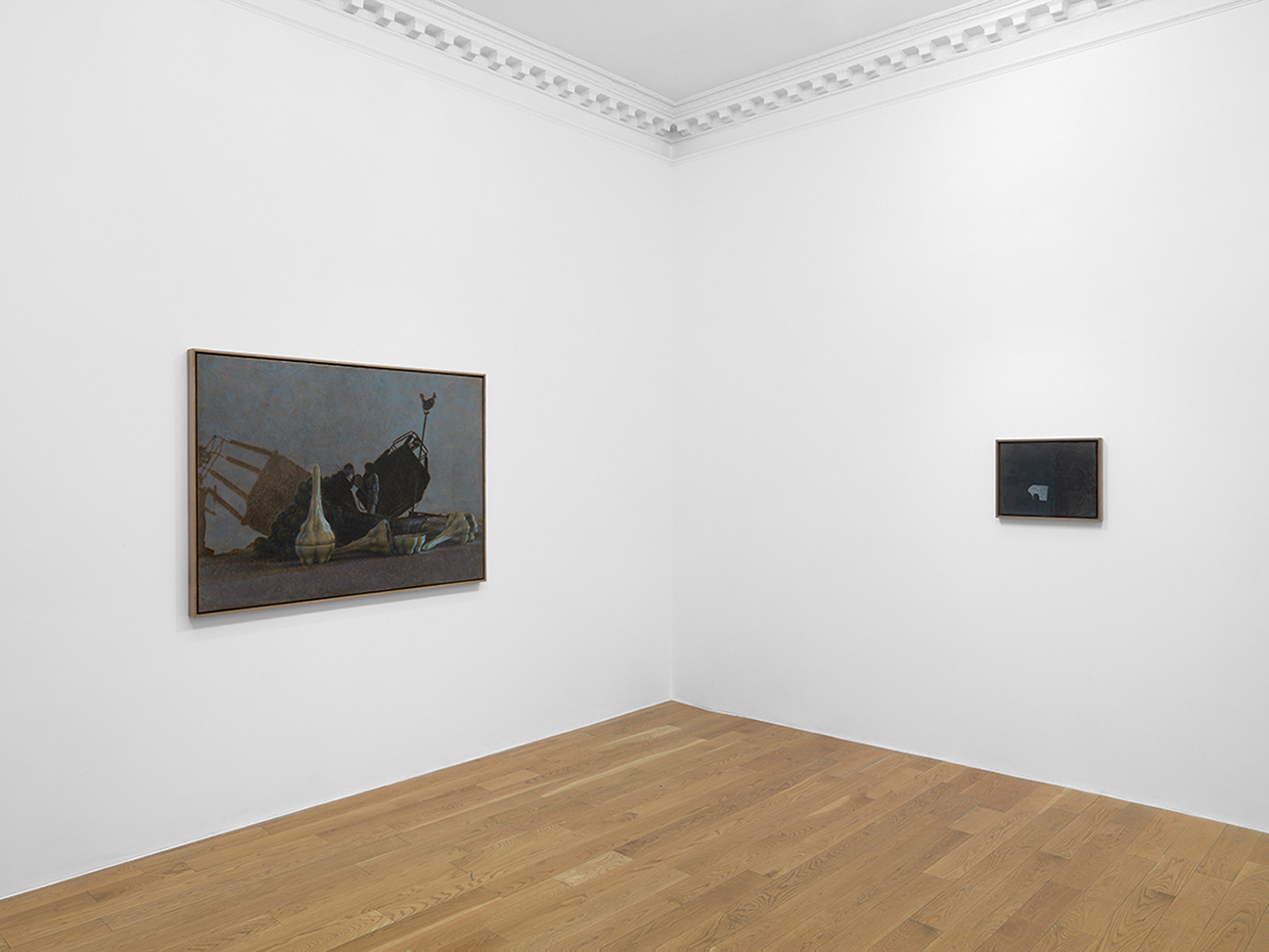 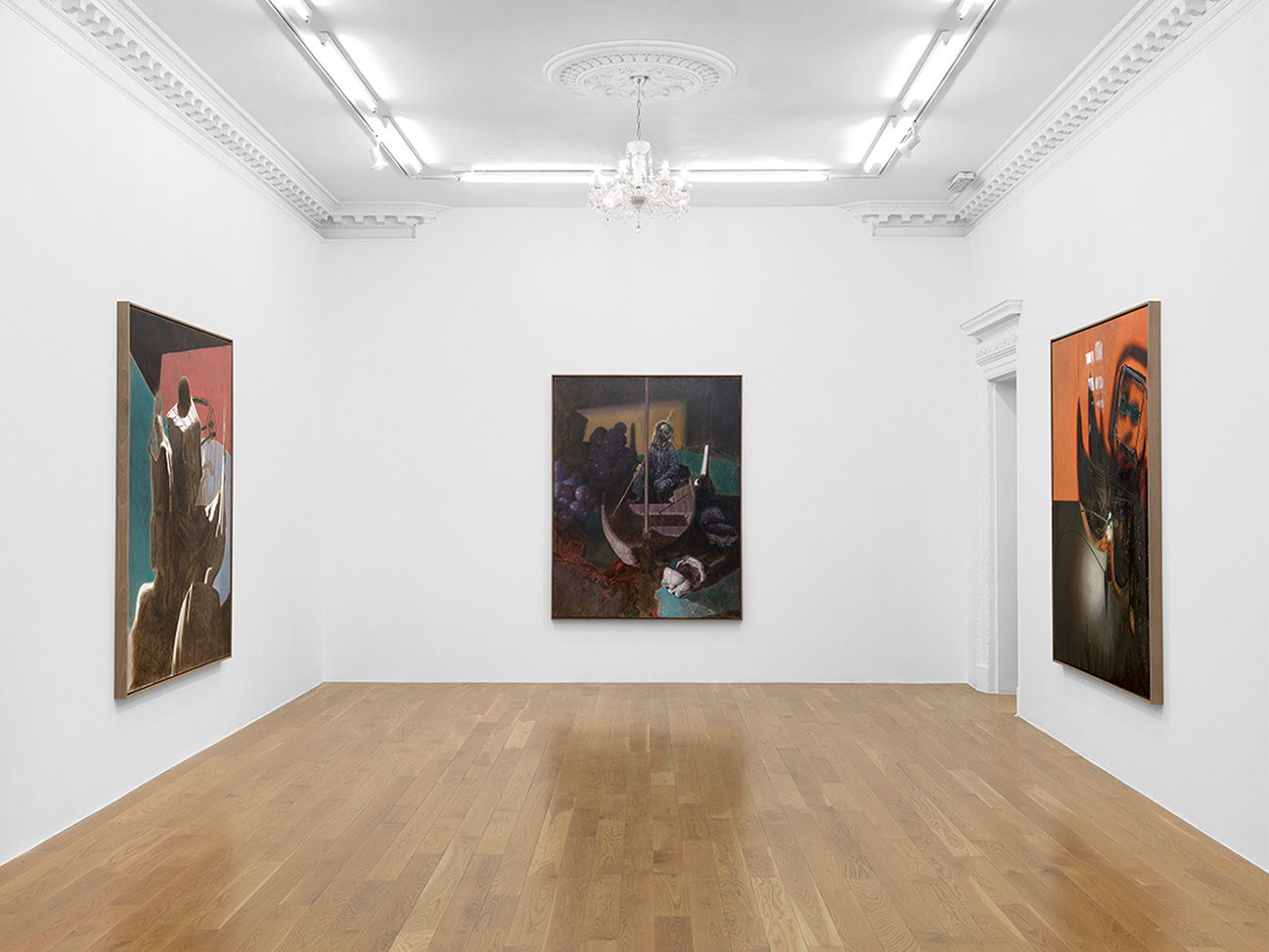 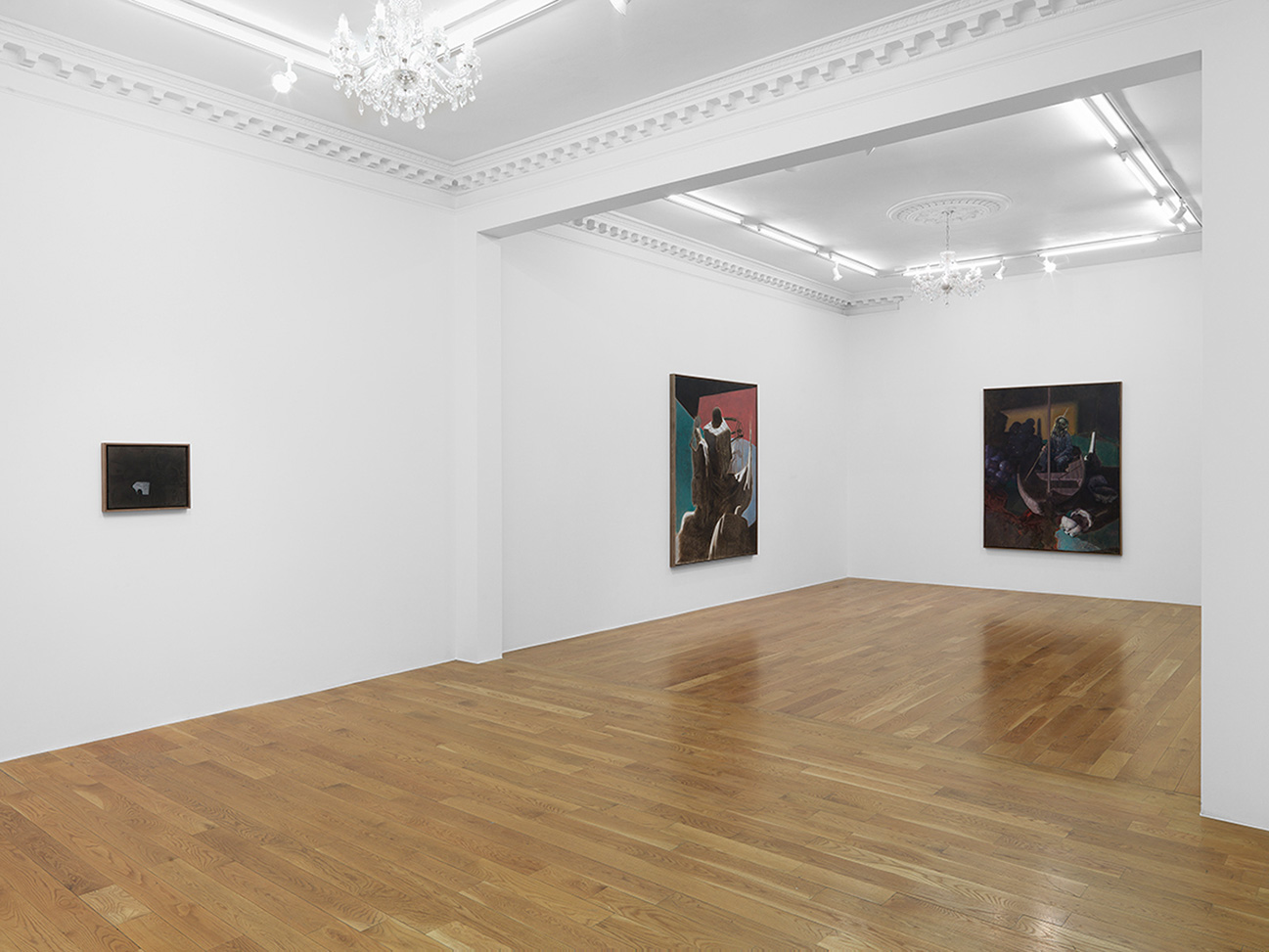 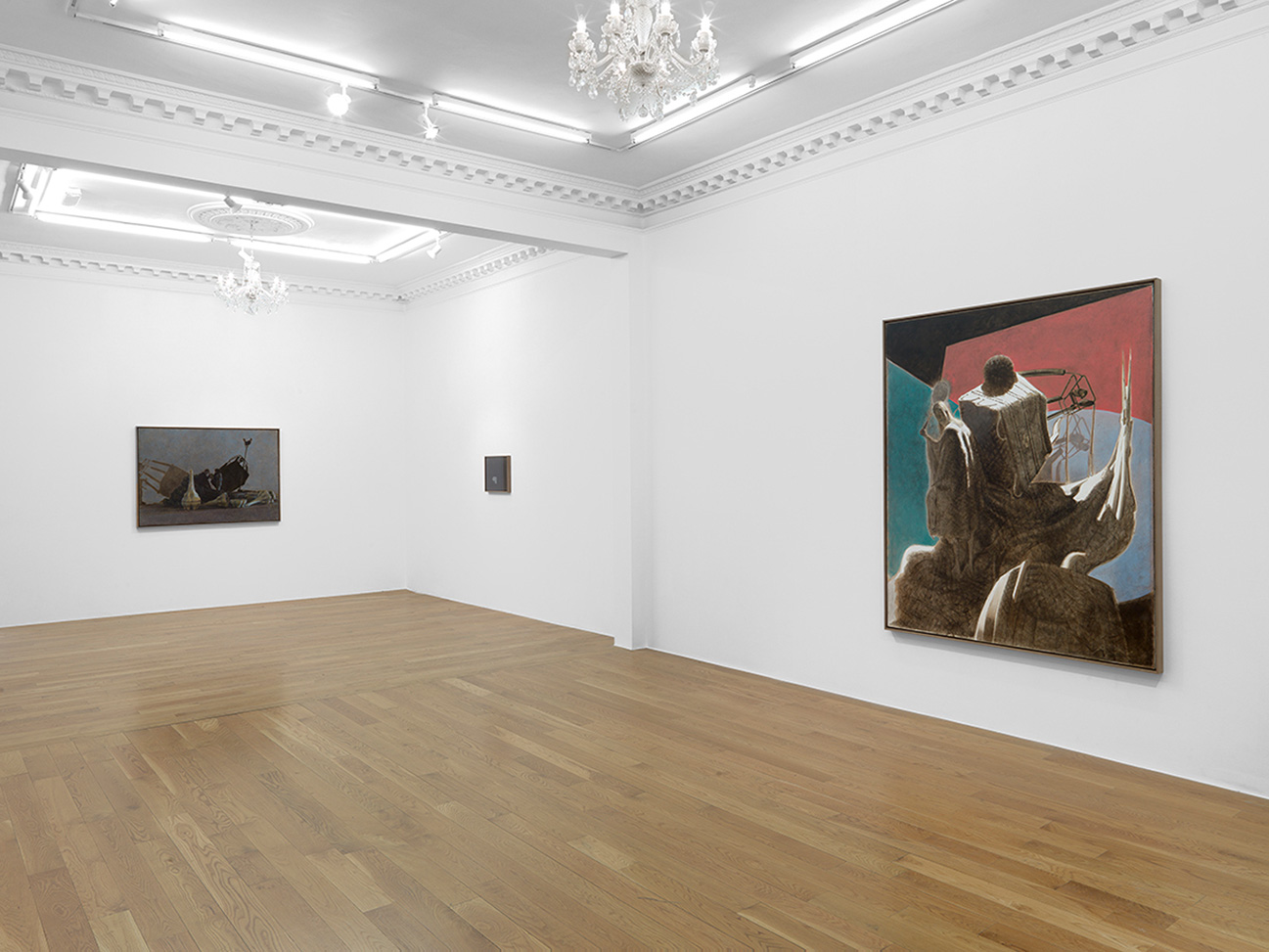 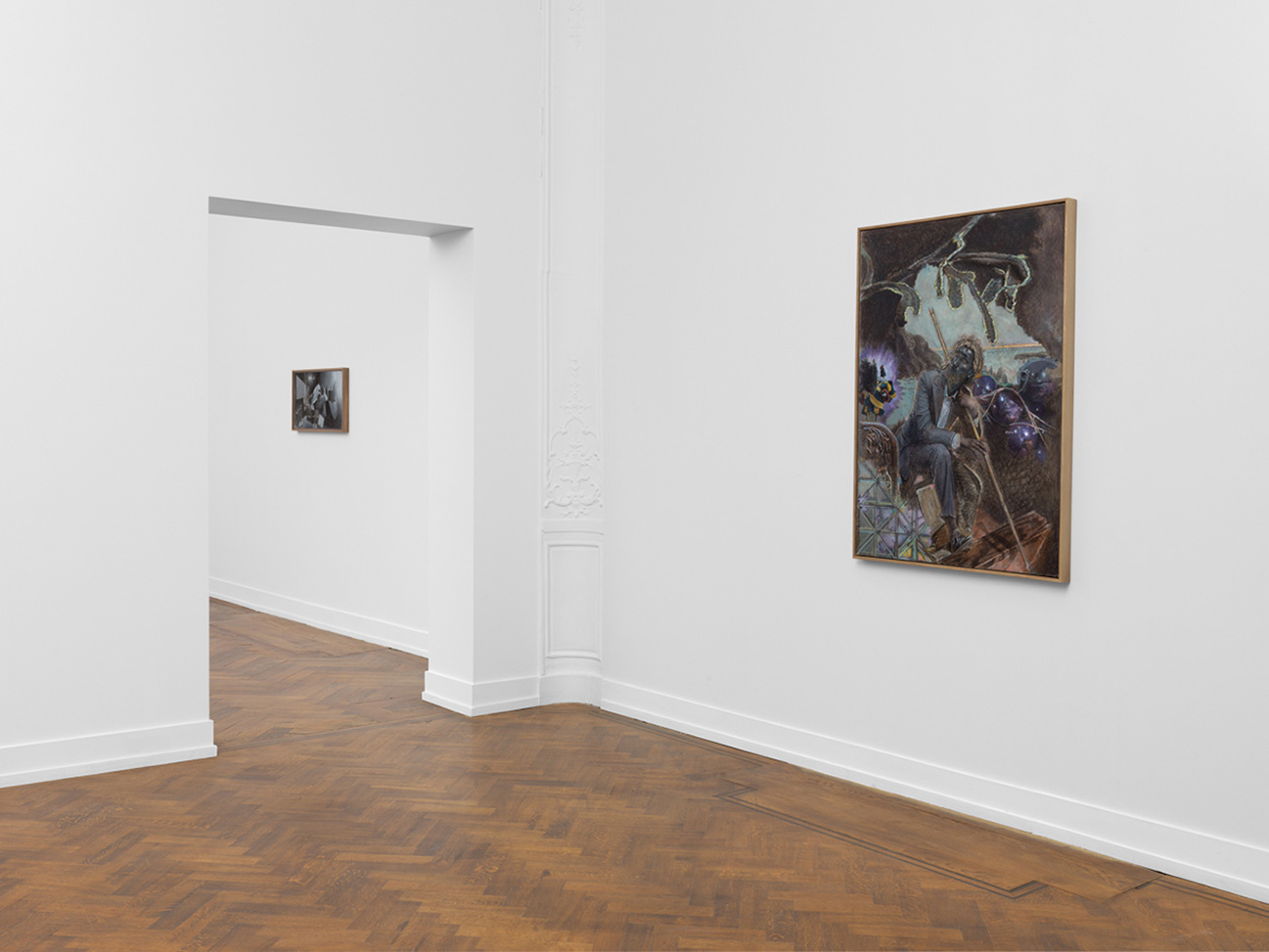 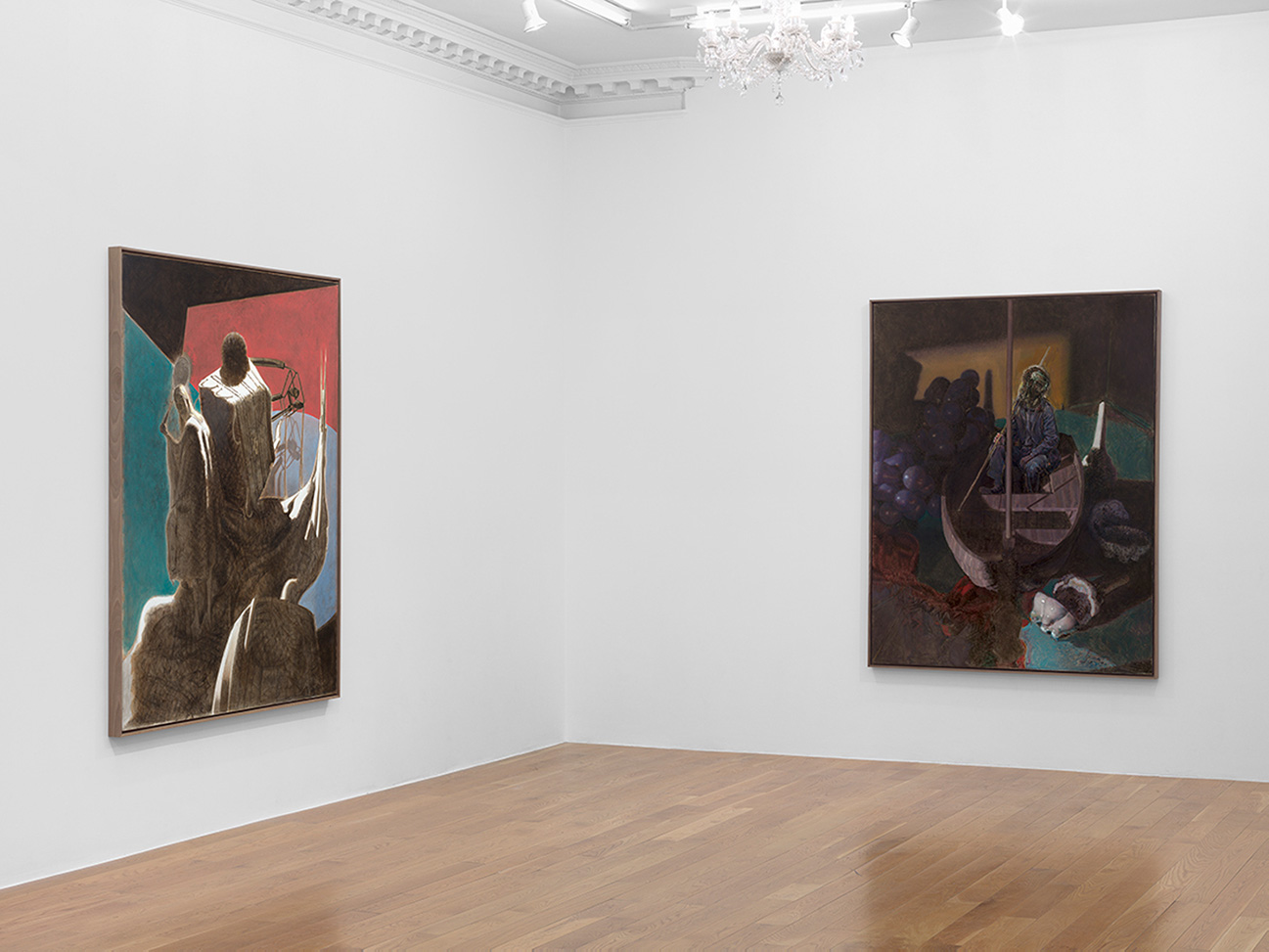 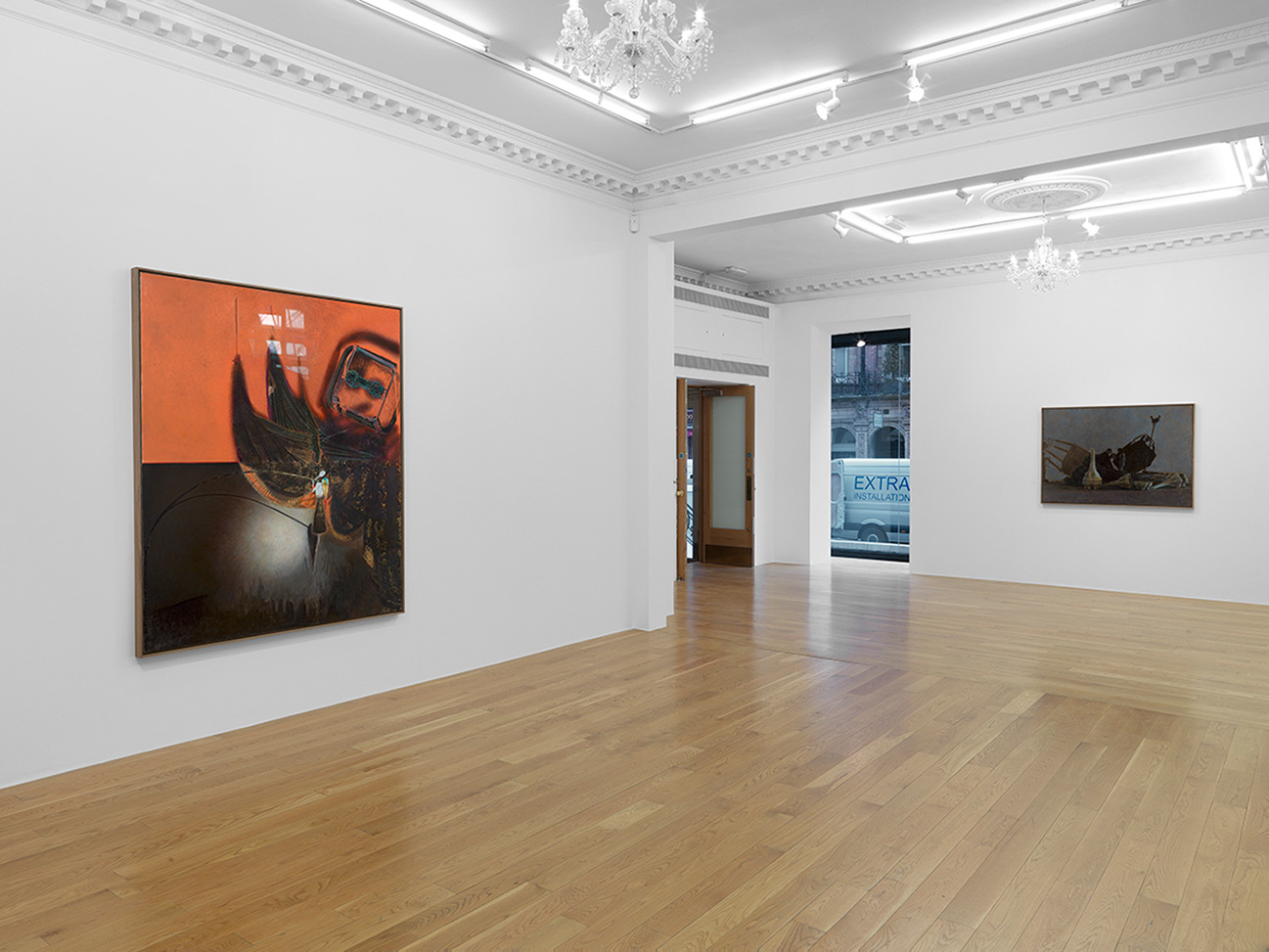 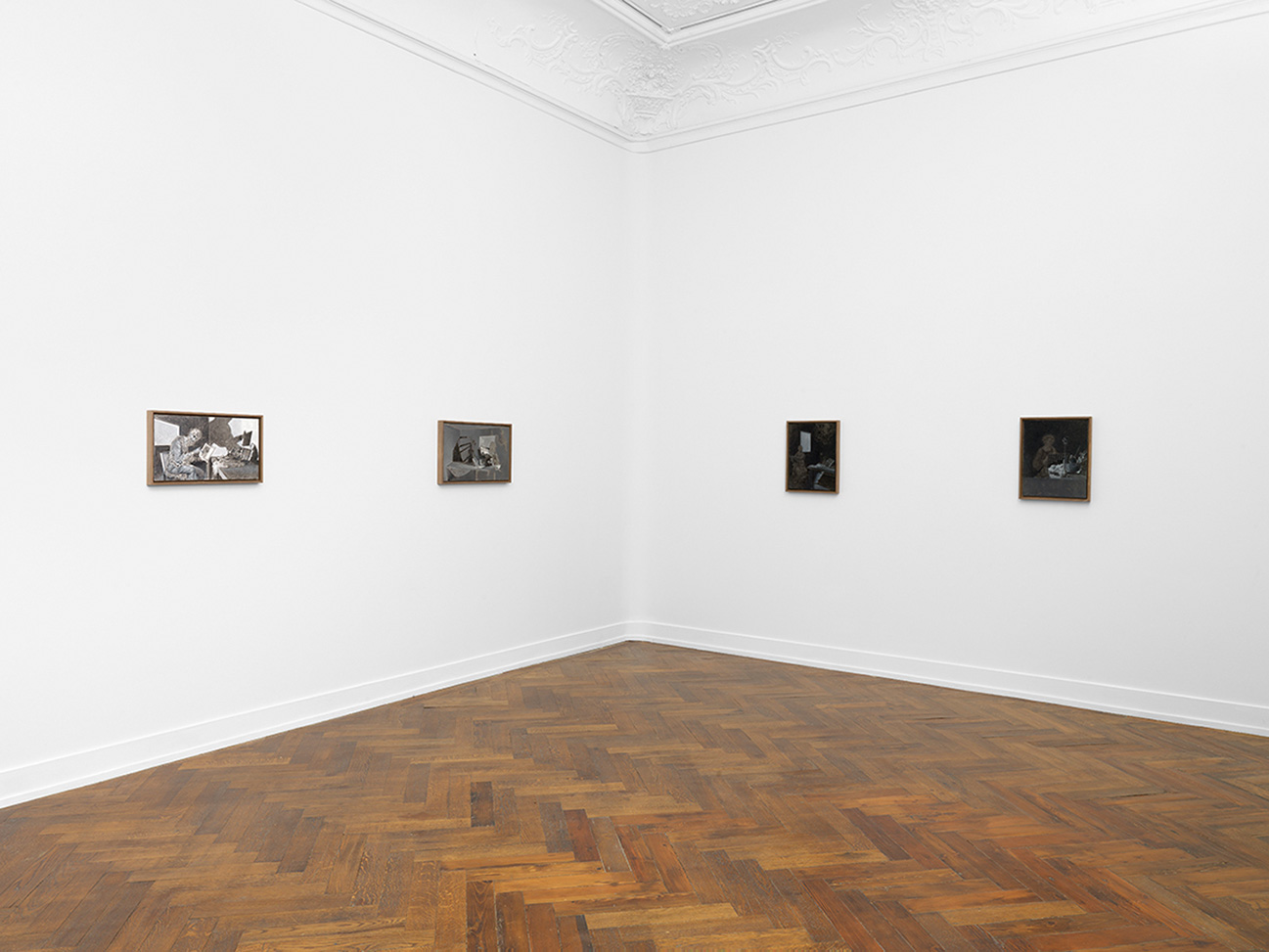 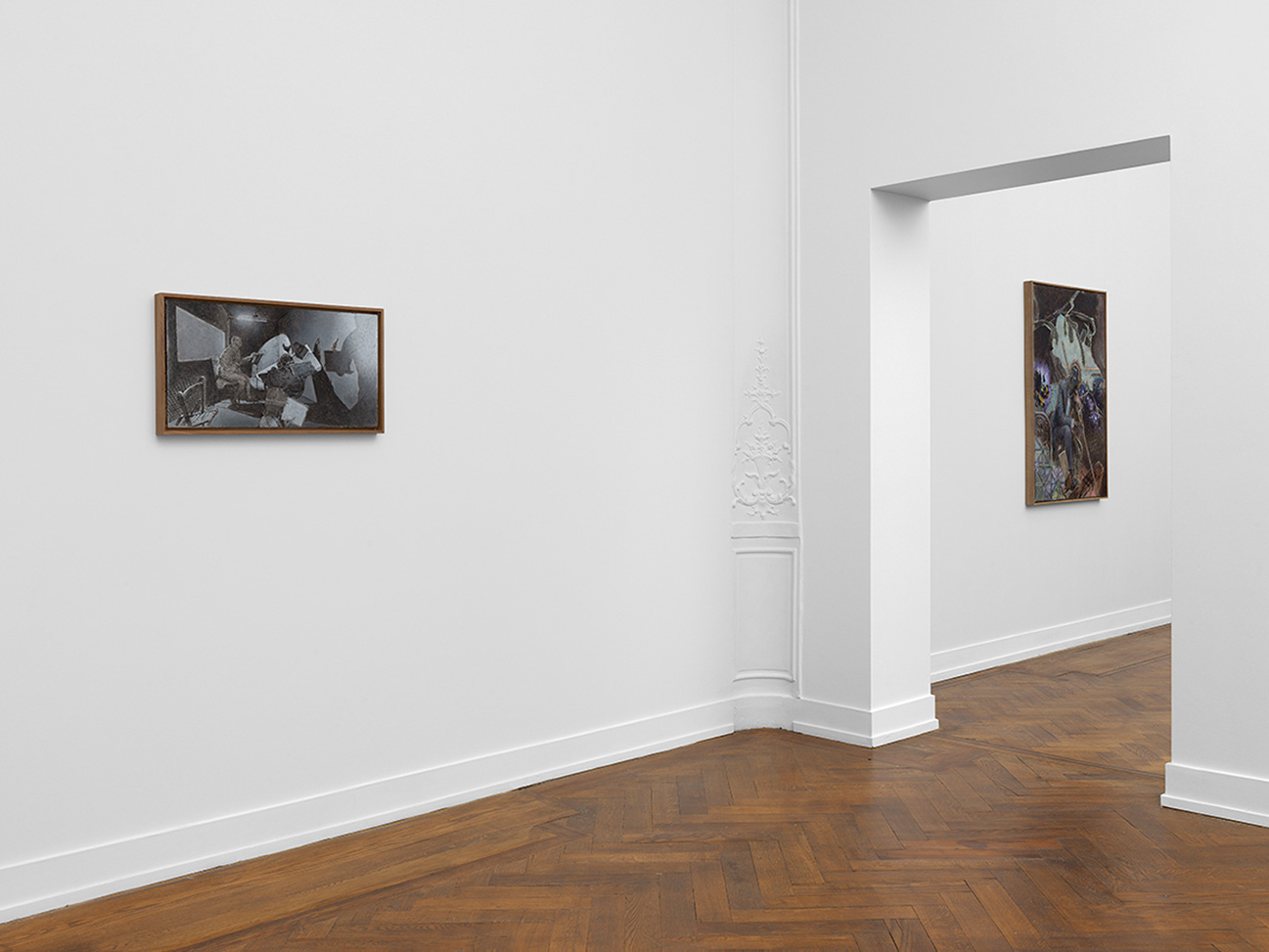 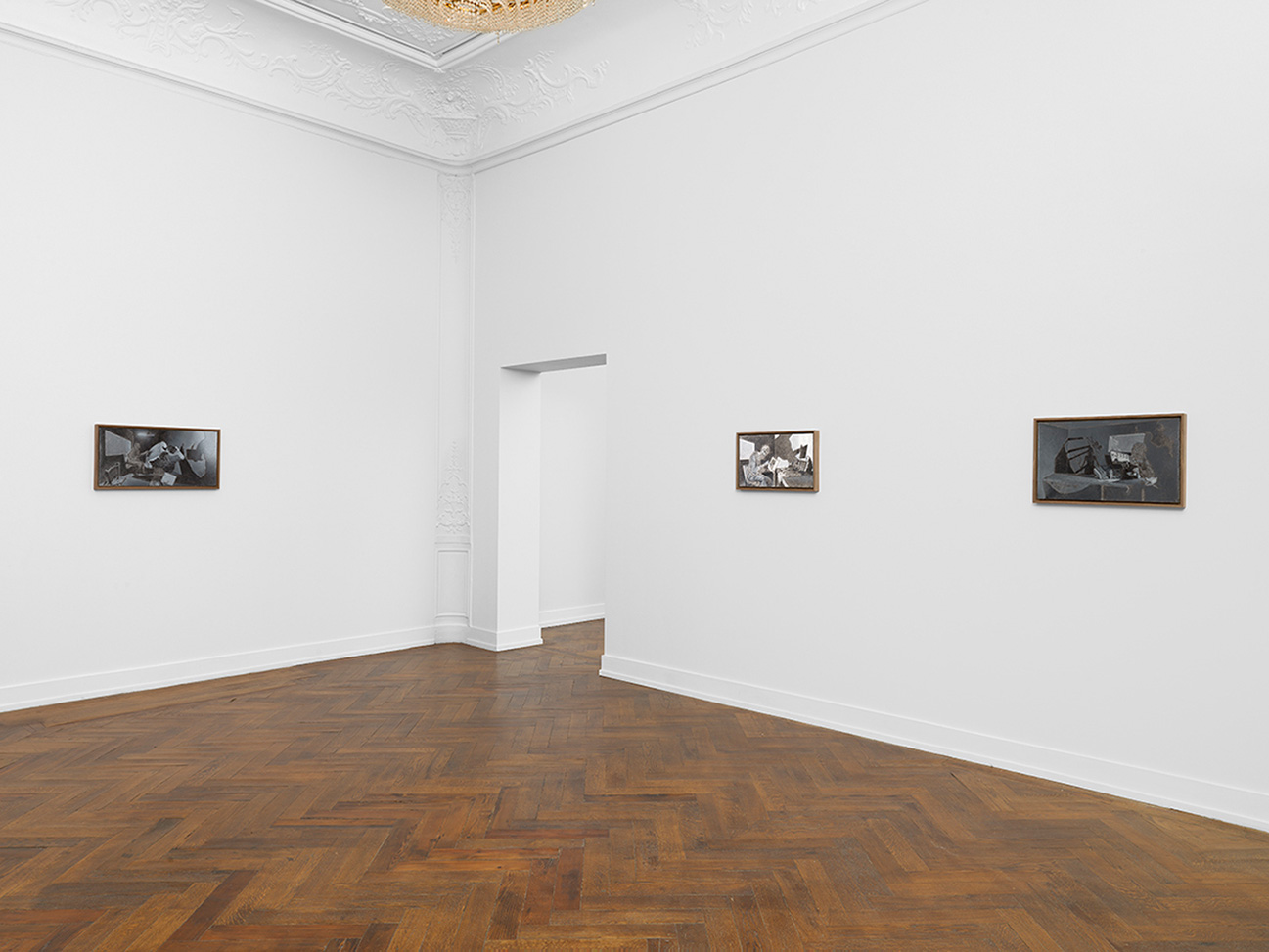 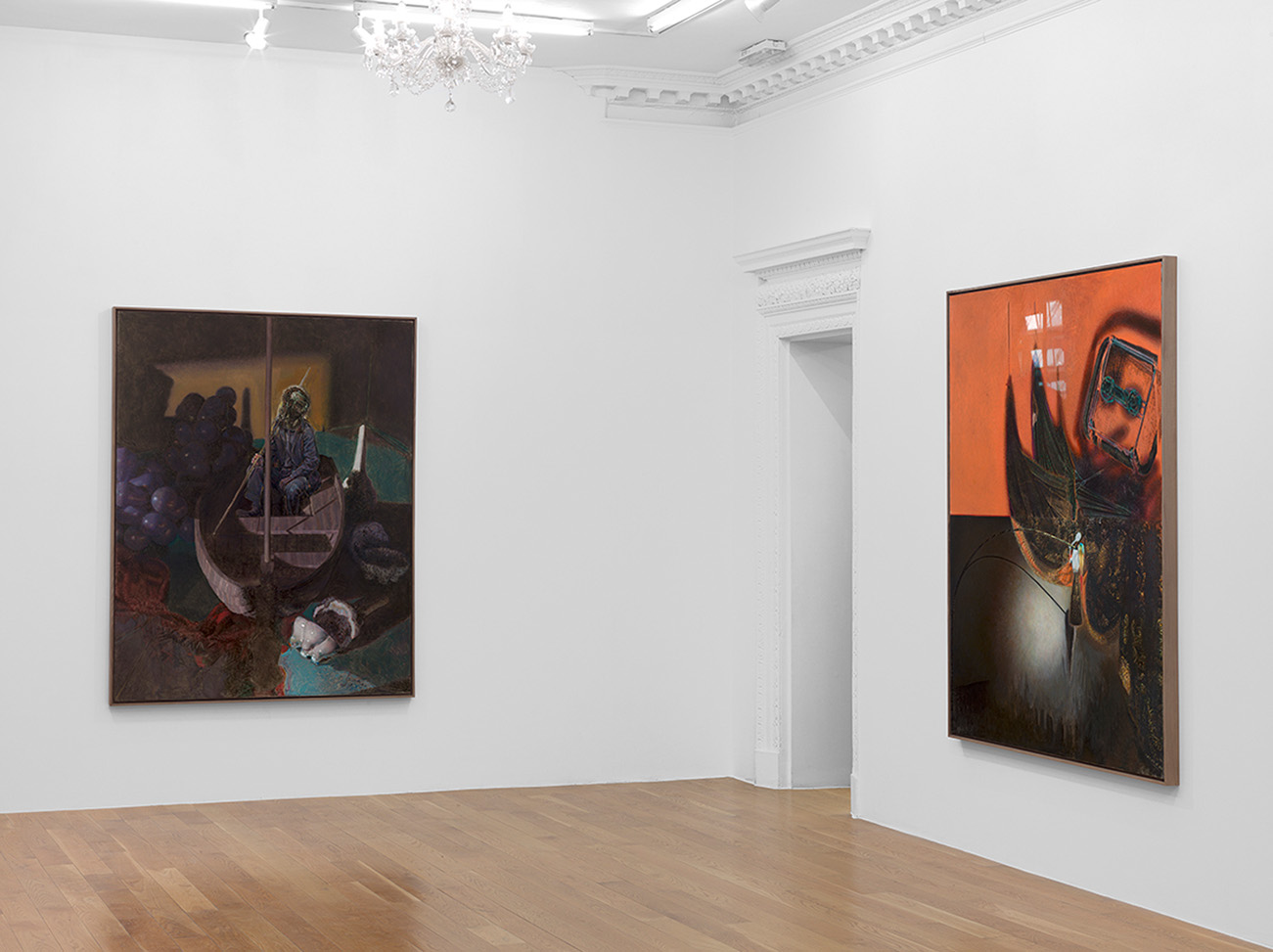 Massimo De Carlo is pleased to present Hétalvó by Pietro Roccasalva, this is the first solo exhibition in London by the Italian artist, who lives and works in Milan.

Even though Roccasalva’s practice involves many different mediums, painting is the constant, crucial element that channels the artist narrative, and around which all other mediums circle.

For the exhibition the artist presents a new body of work, composed of large-scale canvases and a series of smaller paintings that is named as the exhibition itself: Hétalvó. Each painting aims to embody in a different way the poetic narrative of Roccasalva’s installation The Seven Sleepers. This immersive installation, that was first exhibited in Roccasalva’s survey show at MAGASIN in Grenoble in 2013, and is now part of the MoMA collection, is a sculptural/performance-based piece from the still life / tableau vivant reversals that have become a major thread in the artists’ work.

The Seven Sleepers is composed of a room designed to resemble a recording studio: here seven students were asked to sketch a sculpture, while the pads on which their paper rested was equipped with microphones and the sounds of their pencils rubbing against the paper was amplified at high volume in another space. The sculpture in front of them was a scaled- down model of Just Married Machine (2012): a major installation/tableau vivant piece based on a film still from La Ricotta by Pier Paolo Pasolini that depicts a traditional nature morte which Roccasalva transformed into a fully realized, life-sized objects.

This exhibition is the culmination of a practice commenced by Roccasalva 15 years ago which combines disparate languages to create complex staging that always serve as source for the paintings. With the merging of the whole process solely into the two-dimensional strength of the canvas, Hétalvó marks an important step in this long-term research.

Keeping references to Roccasalva’s lexicon of imageries and iconographies, the works on view reveal his on-going process of experimentation, pointing to his deep engagement with questioning and challenging the language of painting through a very personal vocabulary, which constantly mixes and balances the traditional history of painting techniques and the recent digital practices.