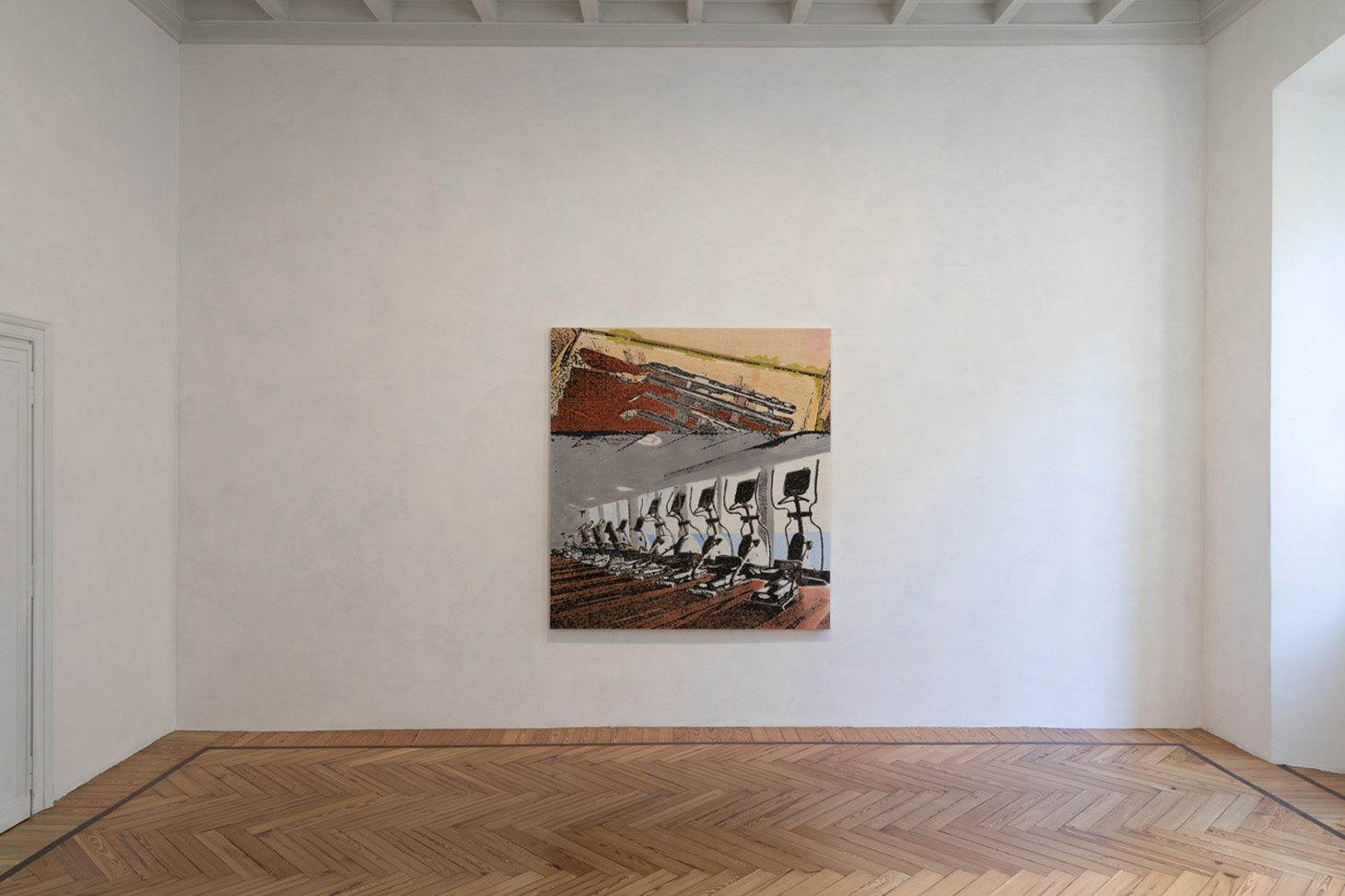 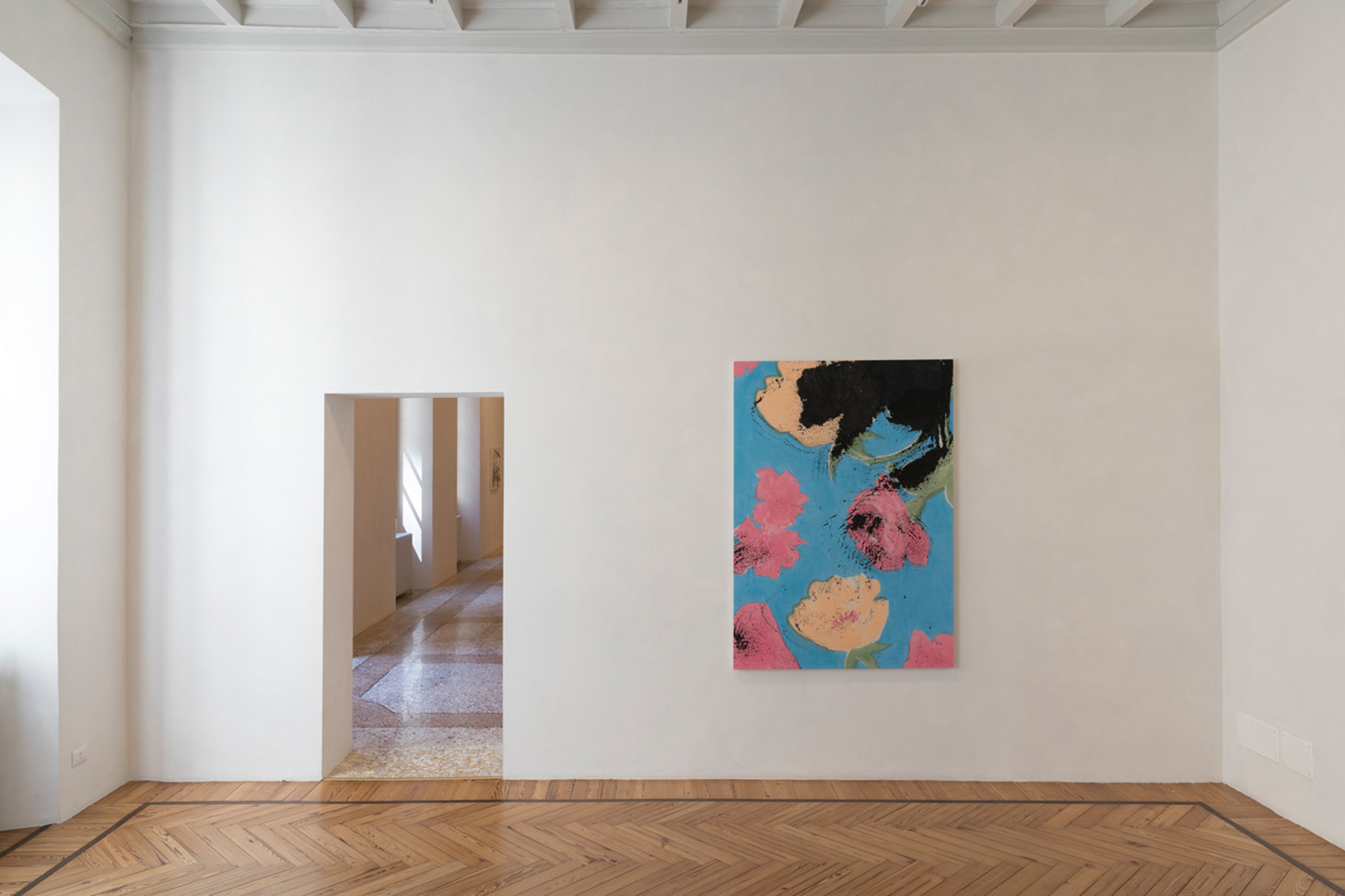 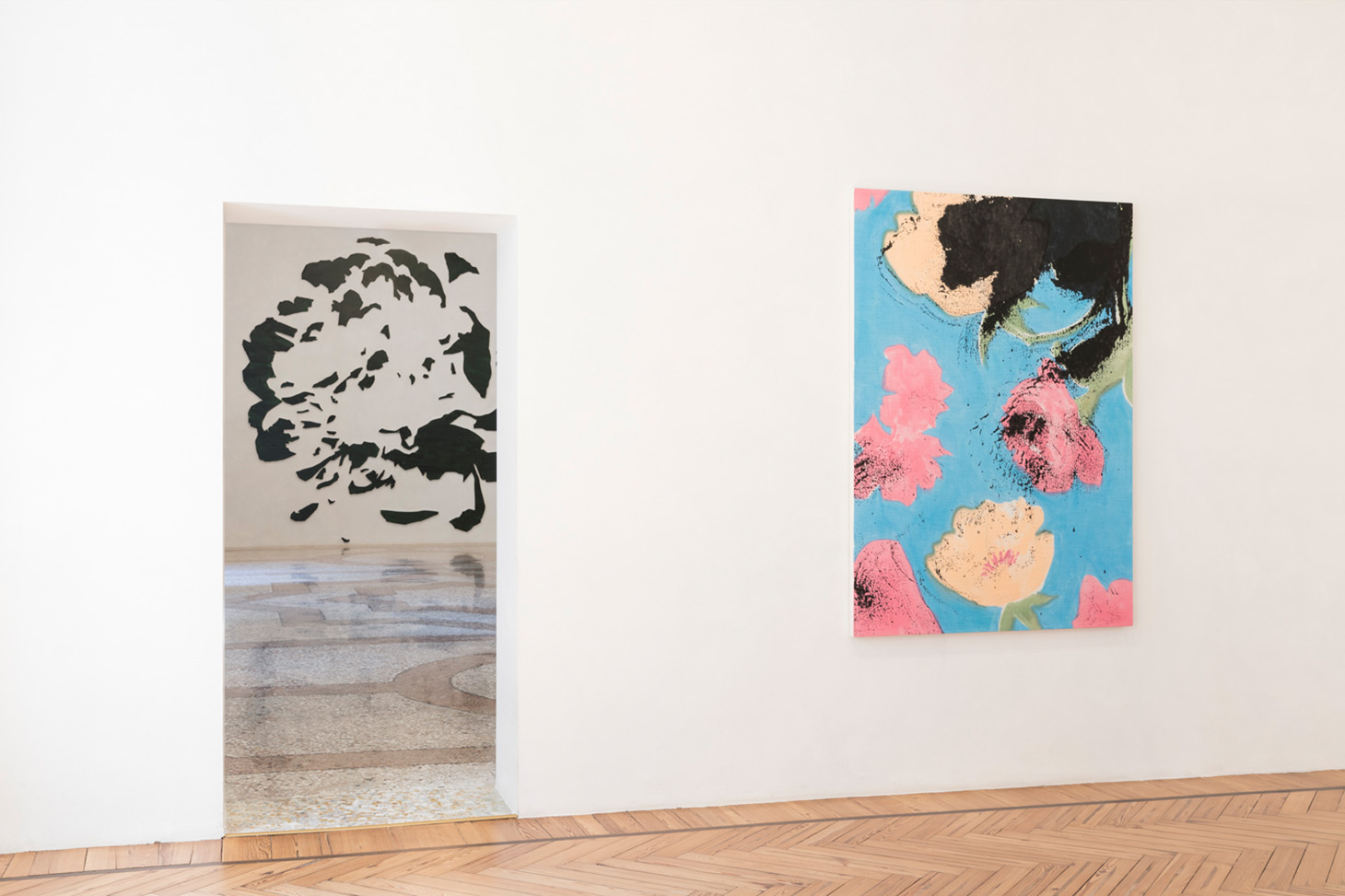 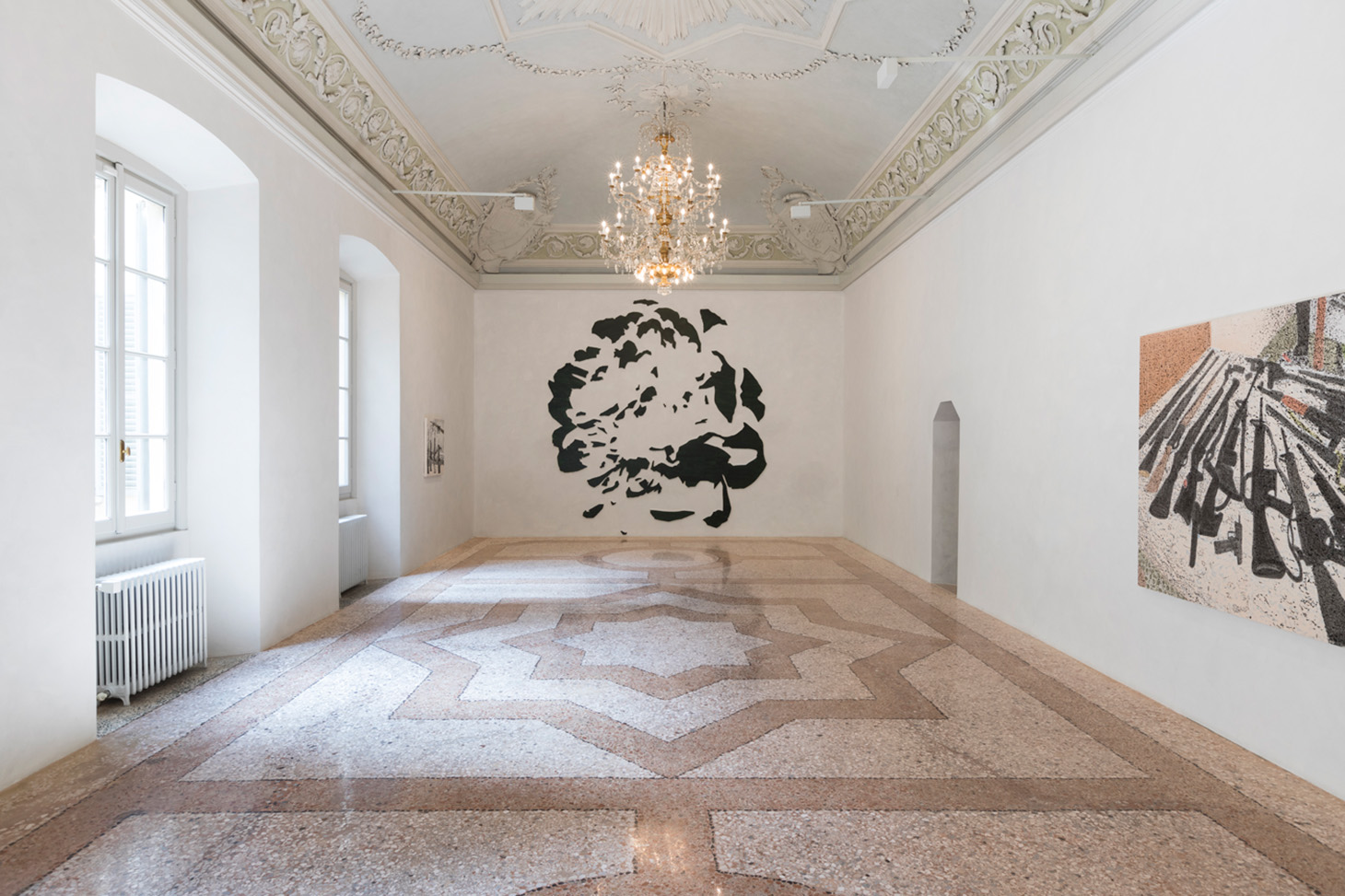 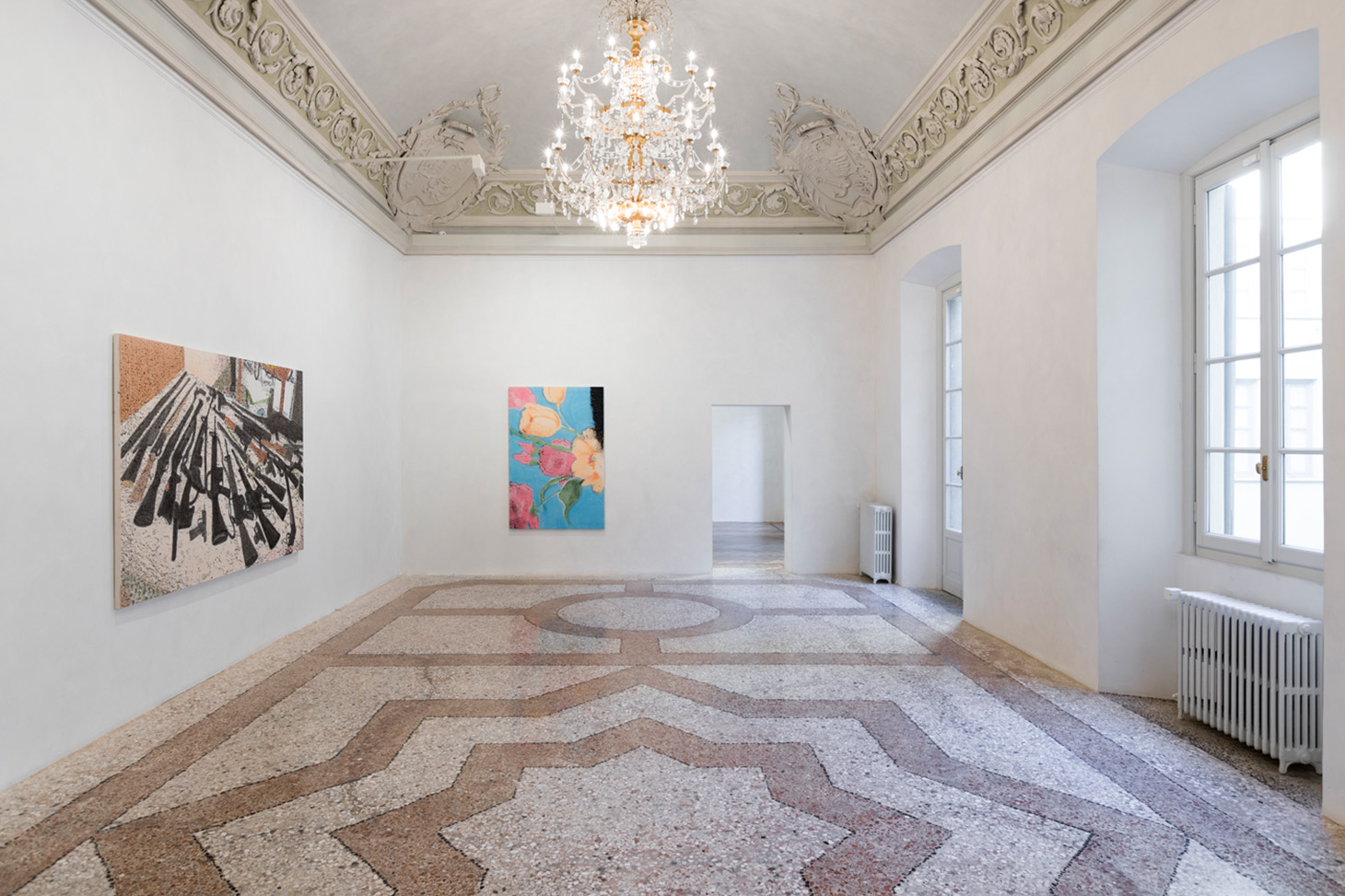 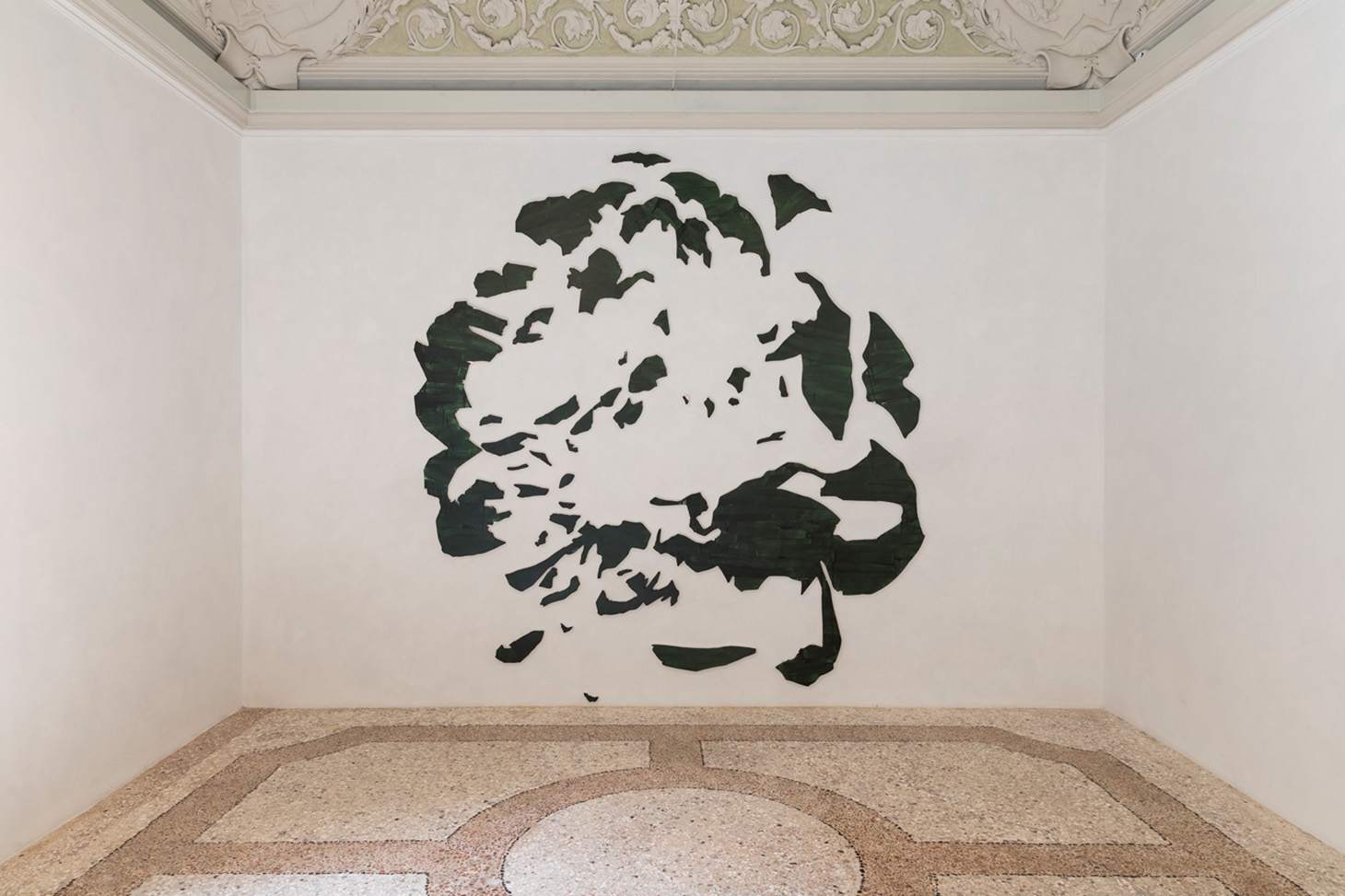 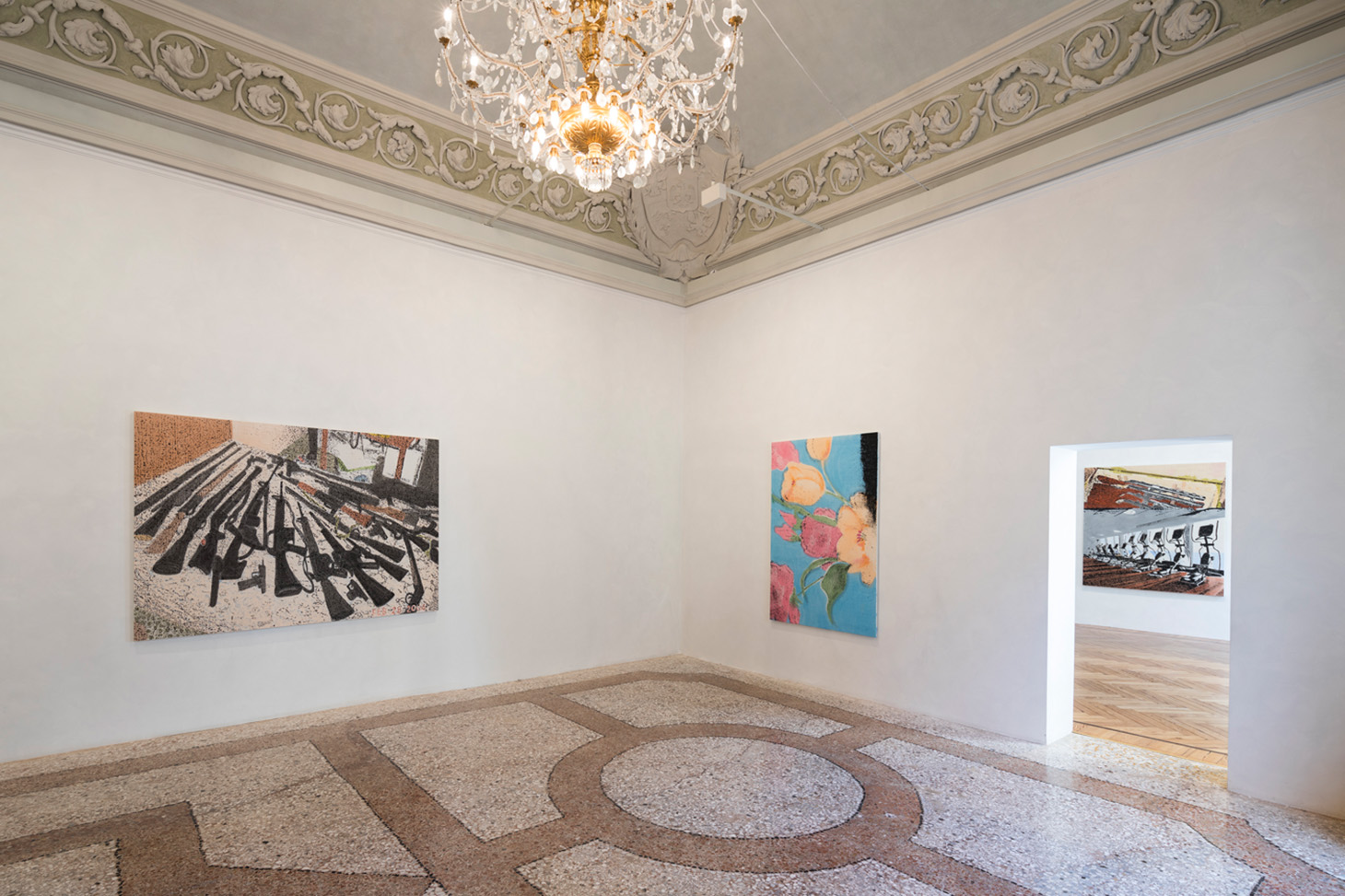 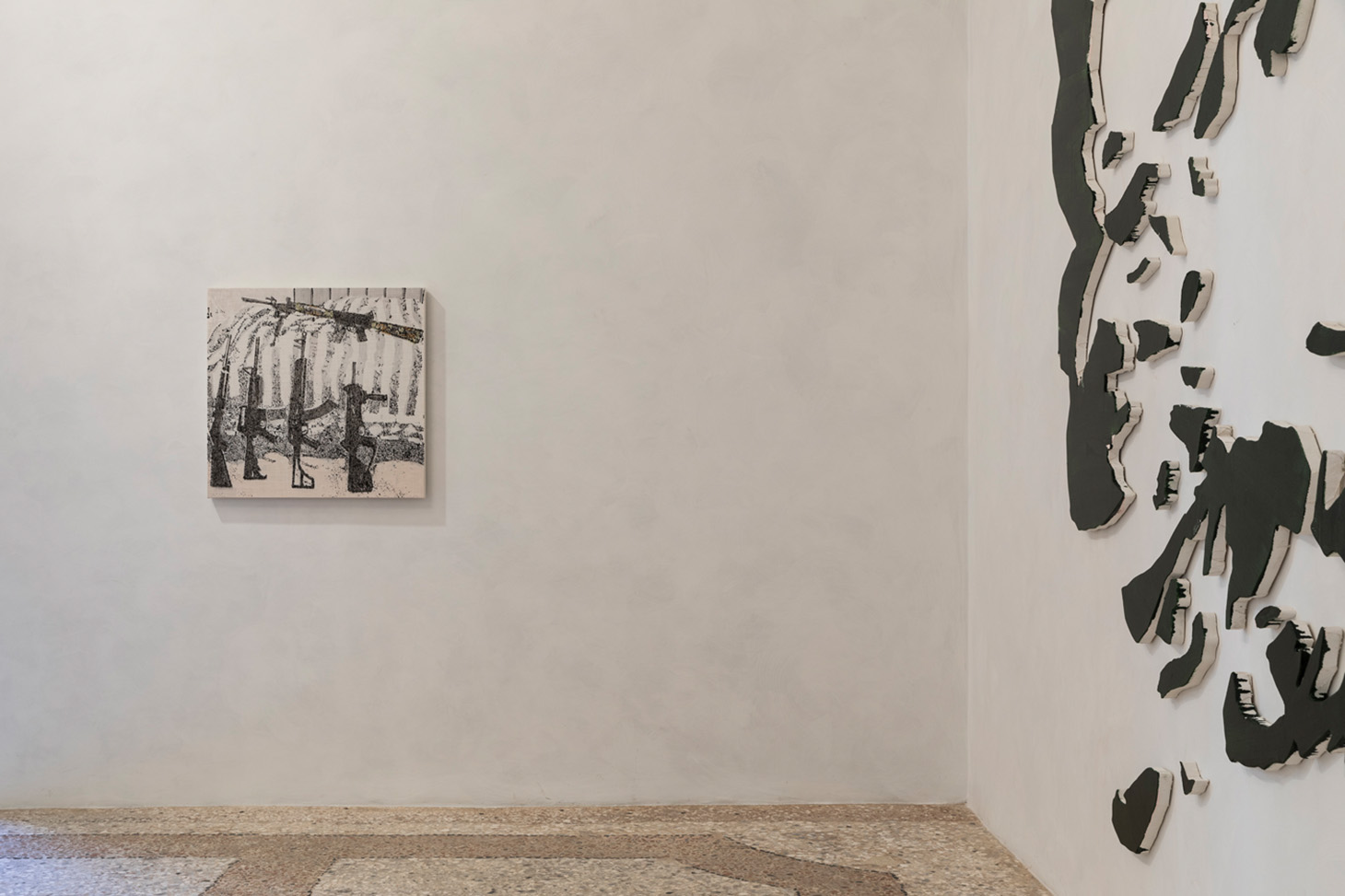 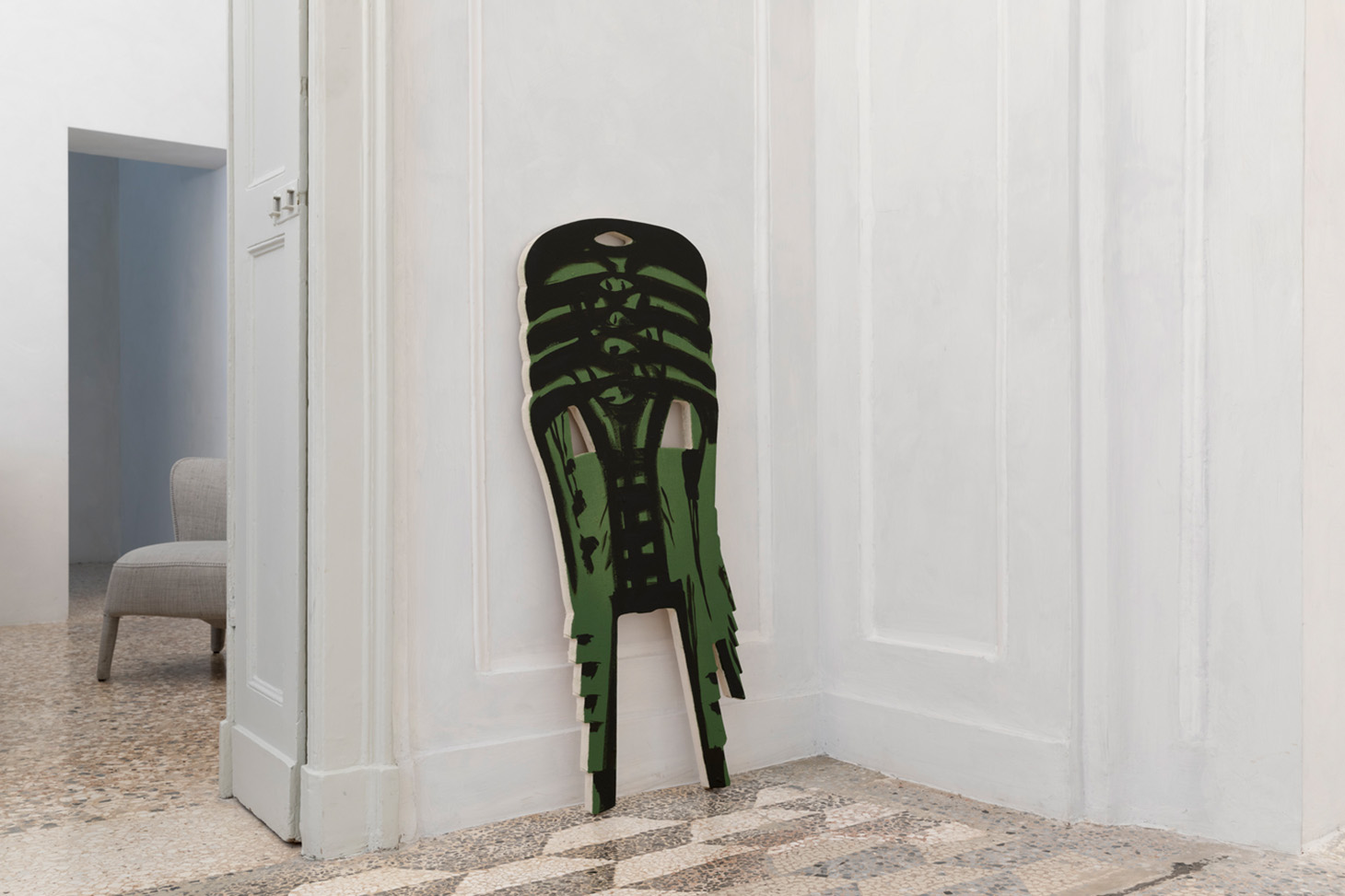 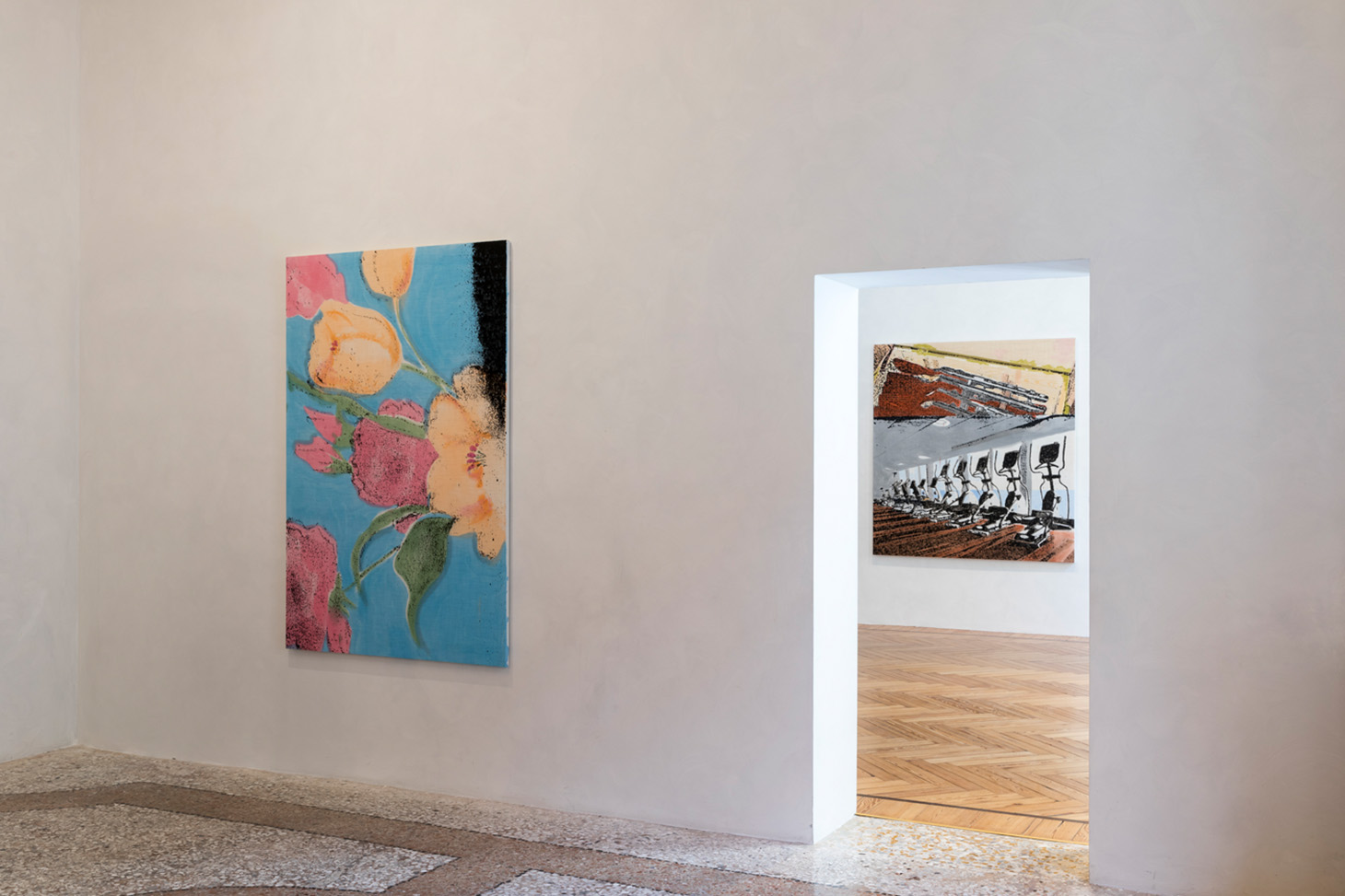 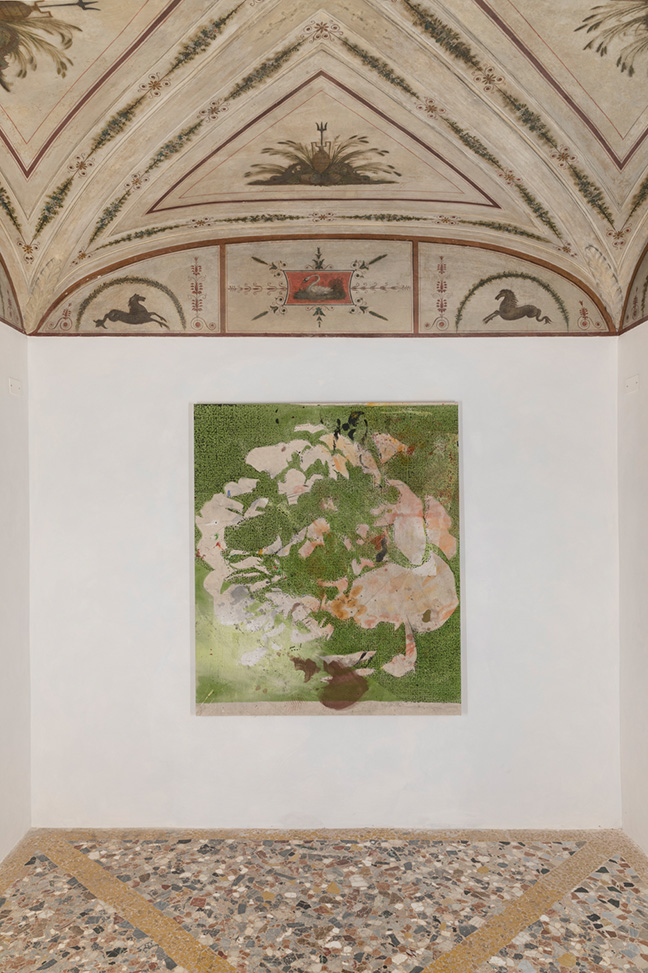 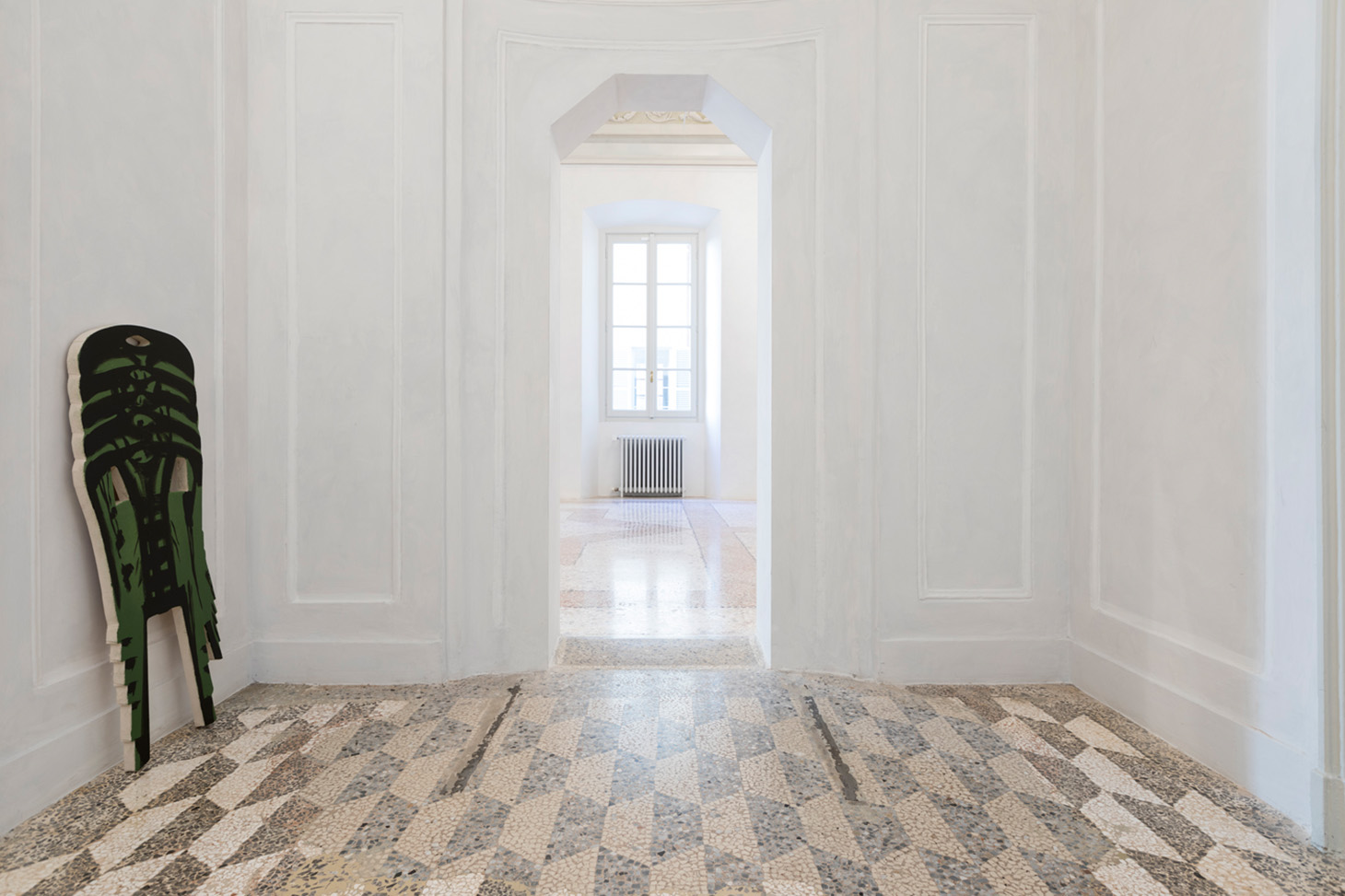 Nate Lowman’s new solo show Elliptical Machine Gun reflects on the machine gun, a military weapon devised to fire indefinitely as long as the trigger is held down. In recent years, a semi- automatic version of this gun has increasingly been used in American mass shootings. This phenomenon, wherein an (often legally) armed civilian opens fire on a group of other civilians, killing or injuring dozens within minutes, is a uniquely American horror in its widespread, recurring form. In spite of repeated tragedies, no mass shooting crime seems terrible enough to create meaningful changes in American gun law. The right to bear arms, a founding tenet of the United States Constitution, is touted as justification for loose regulations in the thriving domestic firearms market.

Nate Lowman’s work concerns itself with the intersections of power, beauty, and violence in art and society, but these themes always come embedded within a highly specific and intimate relationship to materials, including laborious studio techniques such as a pointillist dot painting meant to resemble silkscreens, and intricately shaped hand-stretched canvases.

In Elliptical Machine Gun, Lowman fuses imagery of machine guns with elliptical trainer machines, linked by their suggestion of limitlessness in the expenditure of deadly force or muscular endurance. Flowers and bullet holes, a recurring iconographic theme in Lowman’s work, appear as bursts that signal gunfire or simply as existential abstractions, depicting expansion and fragmentation moving outward from a fixed point in time and space. In this exhibition, Lowman further refines his image-making approach in the service of a layered, open-ended portrayal of the textures of life and death under the American dream.