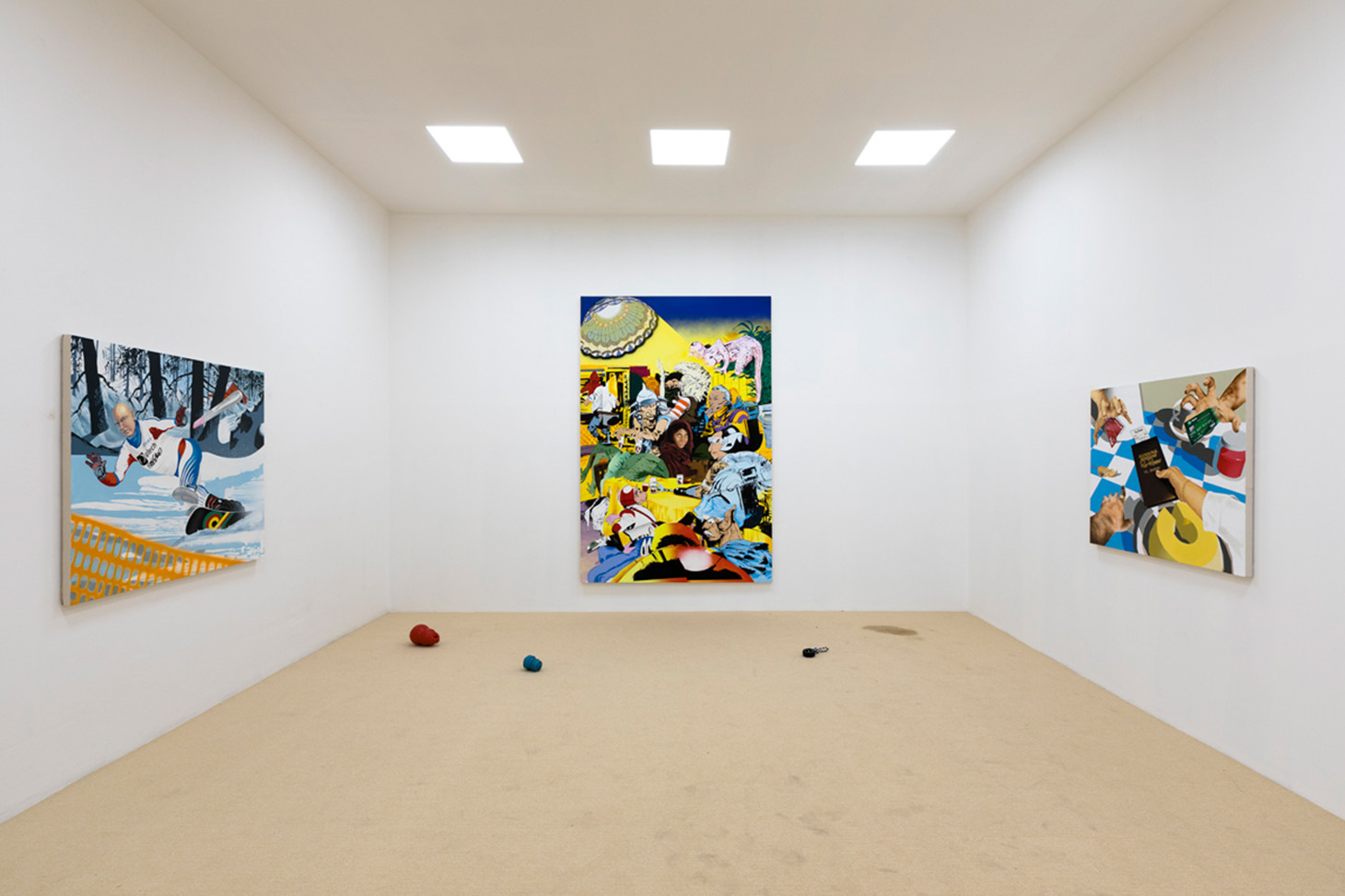 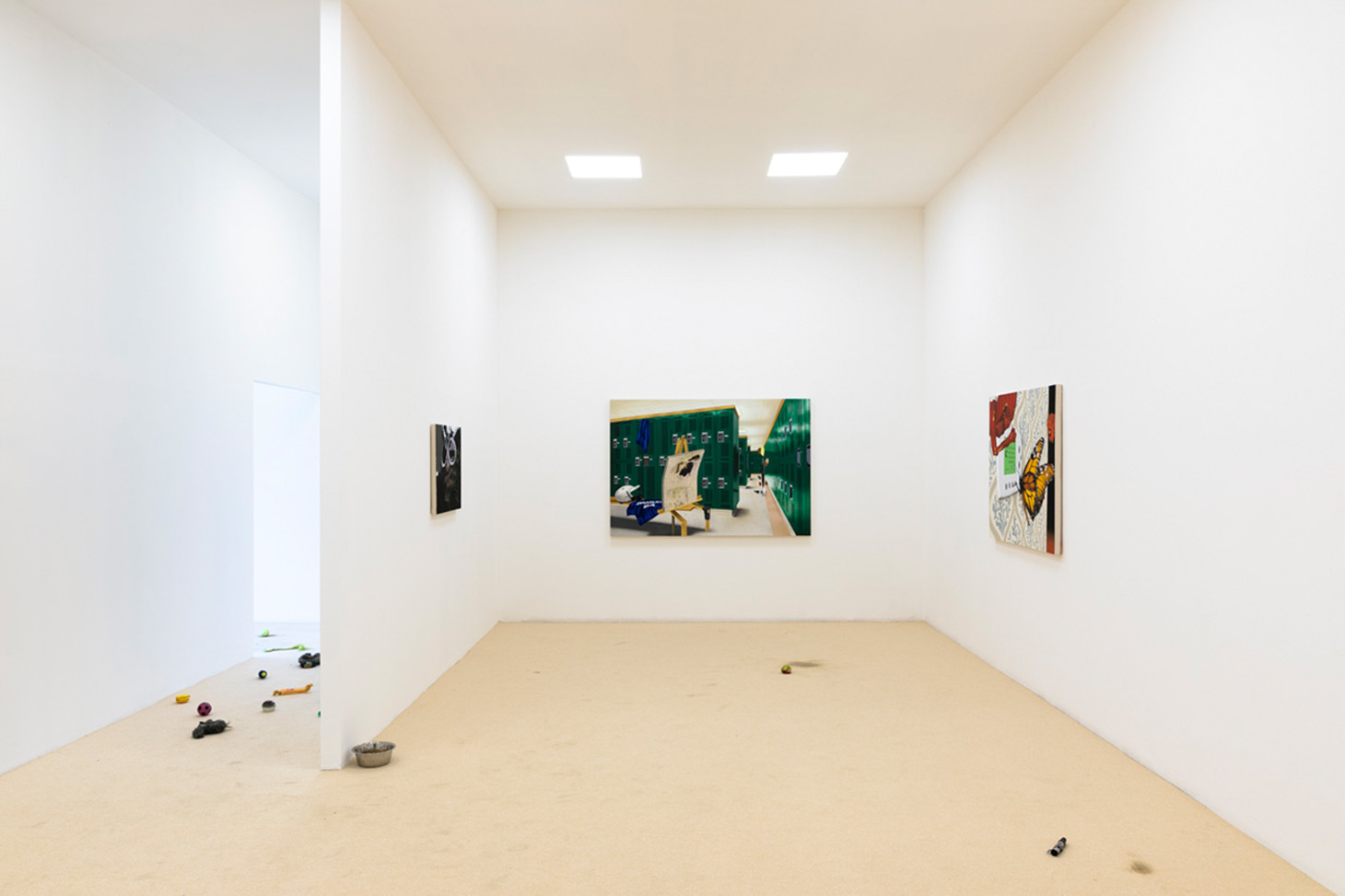 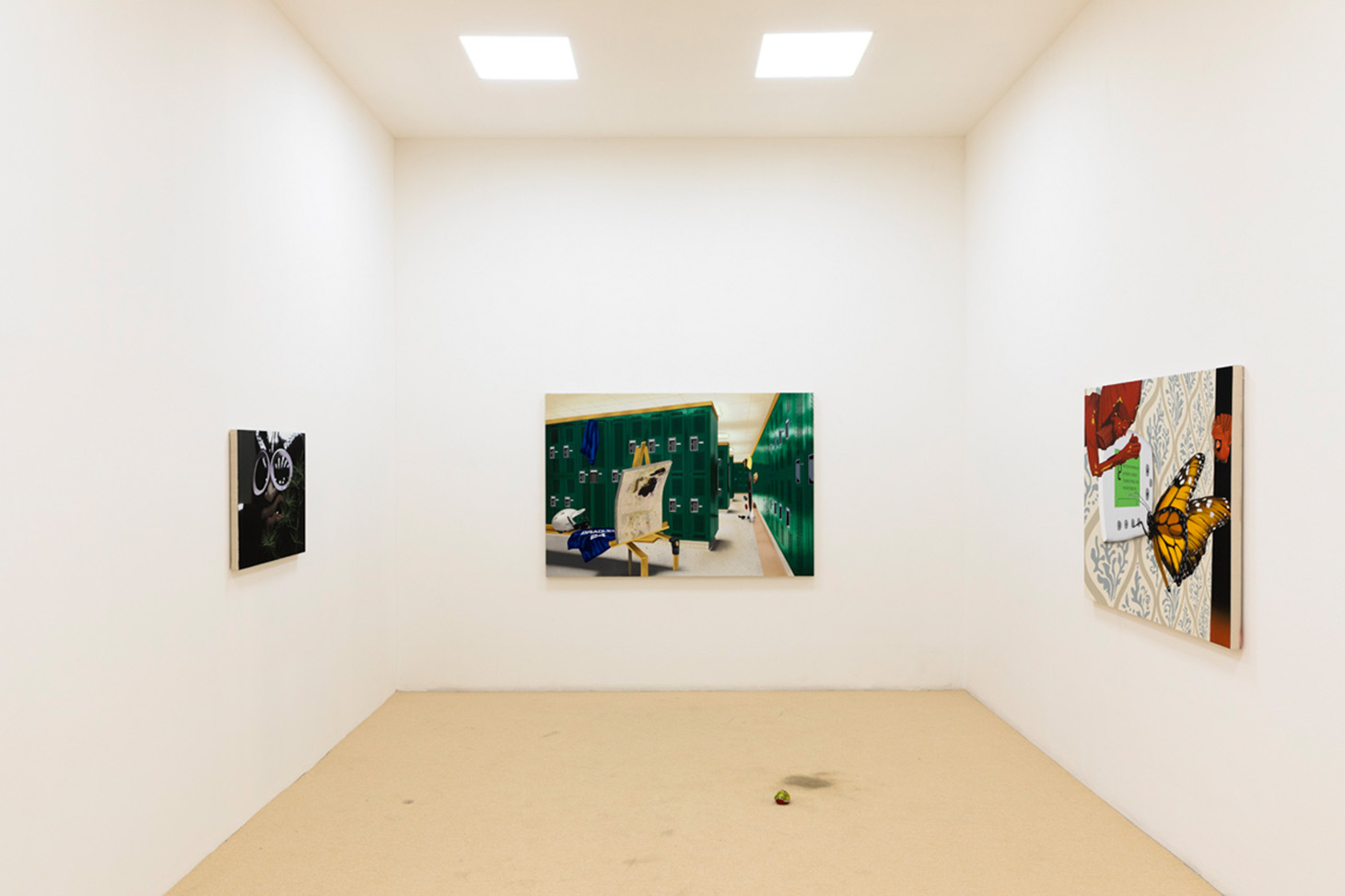 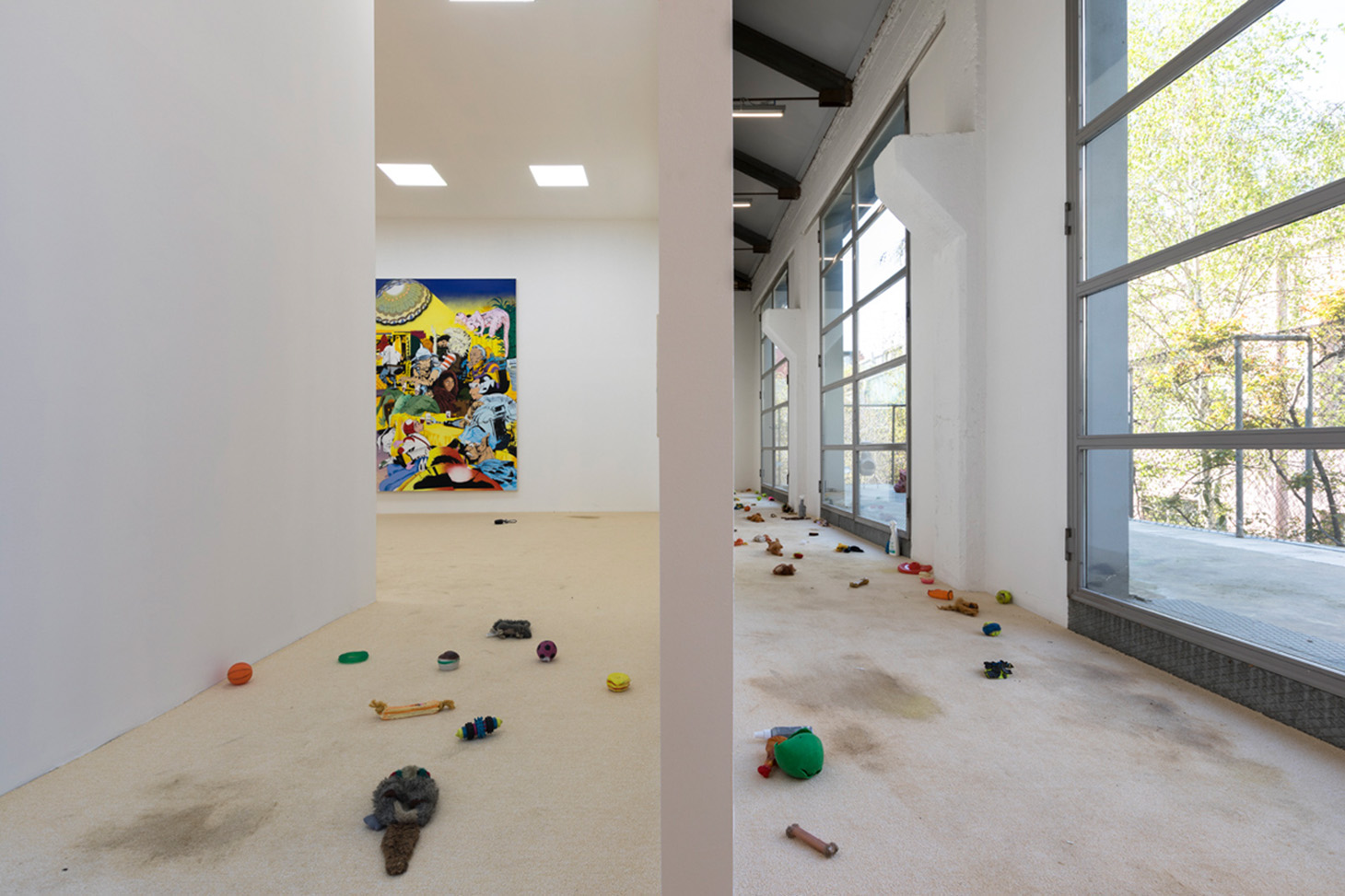 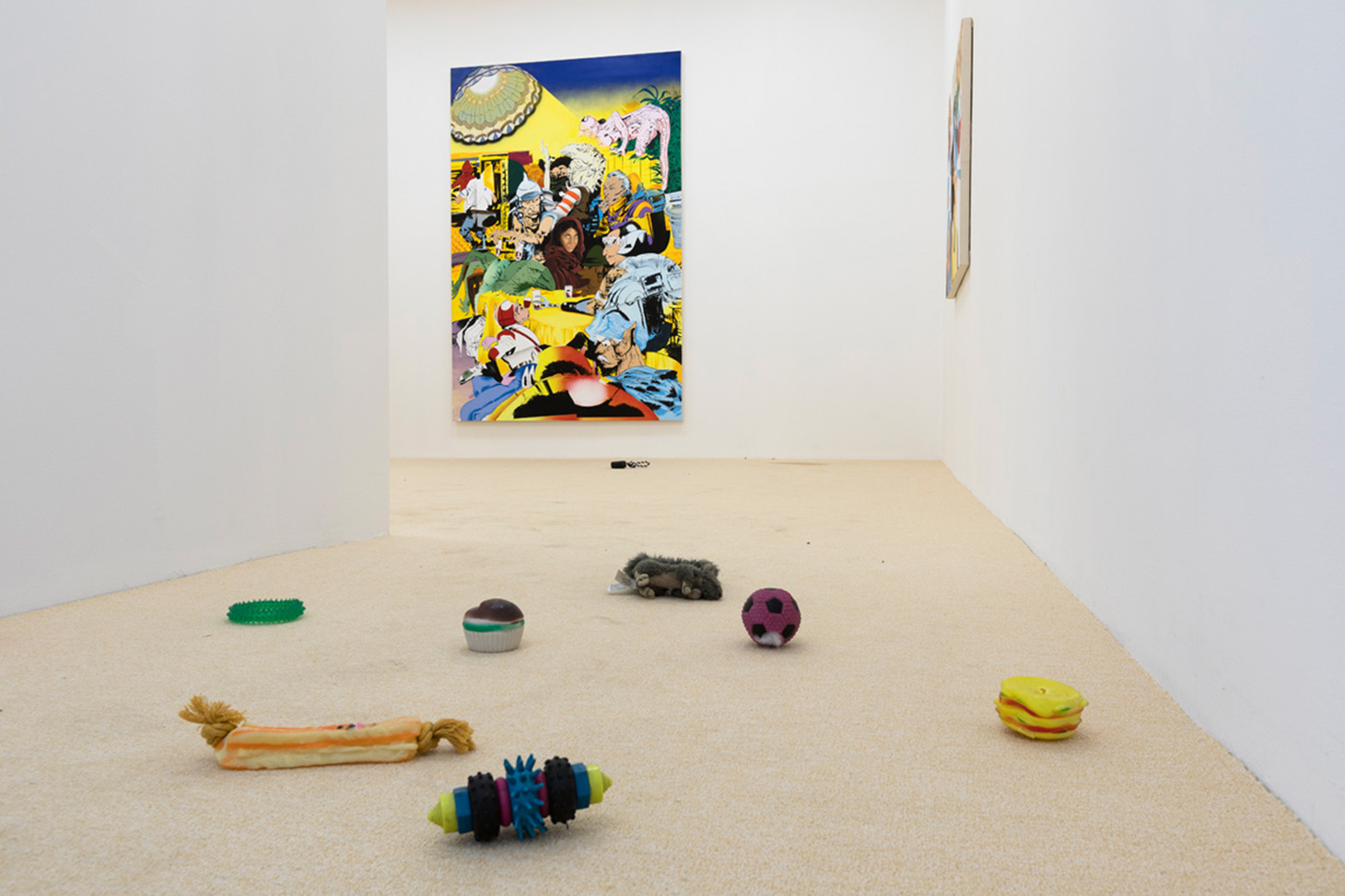 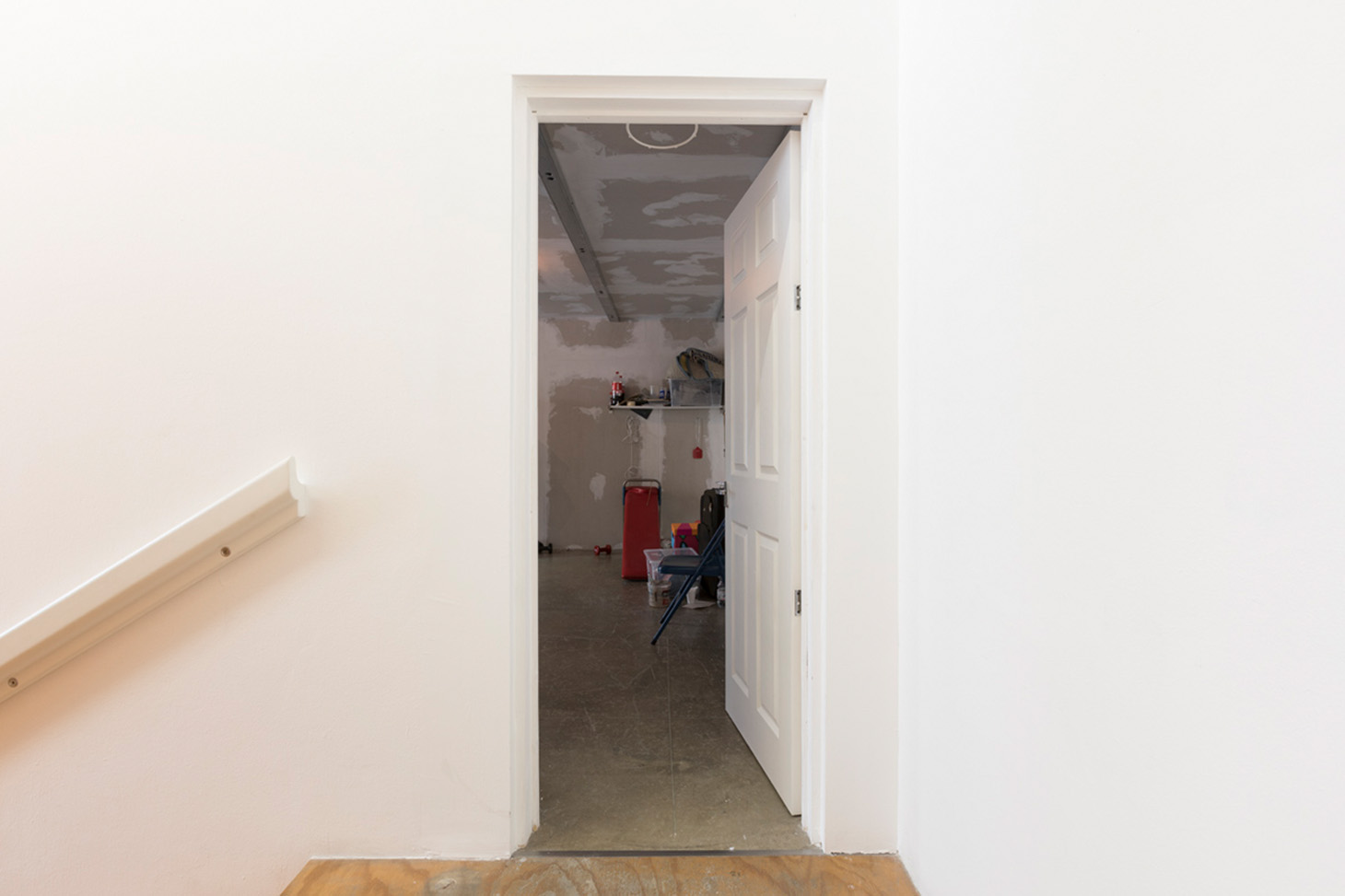 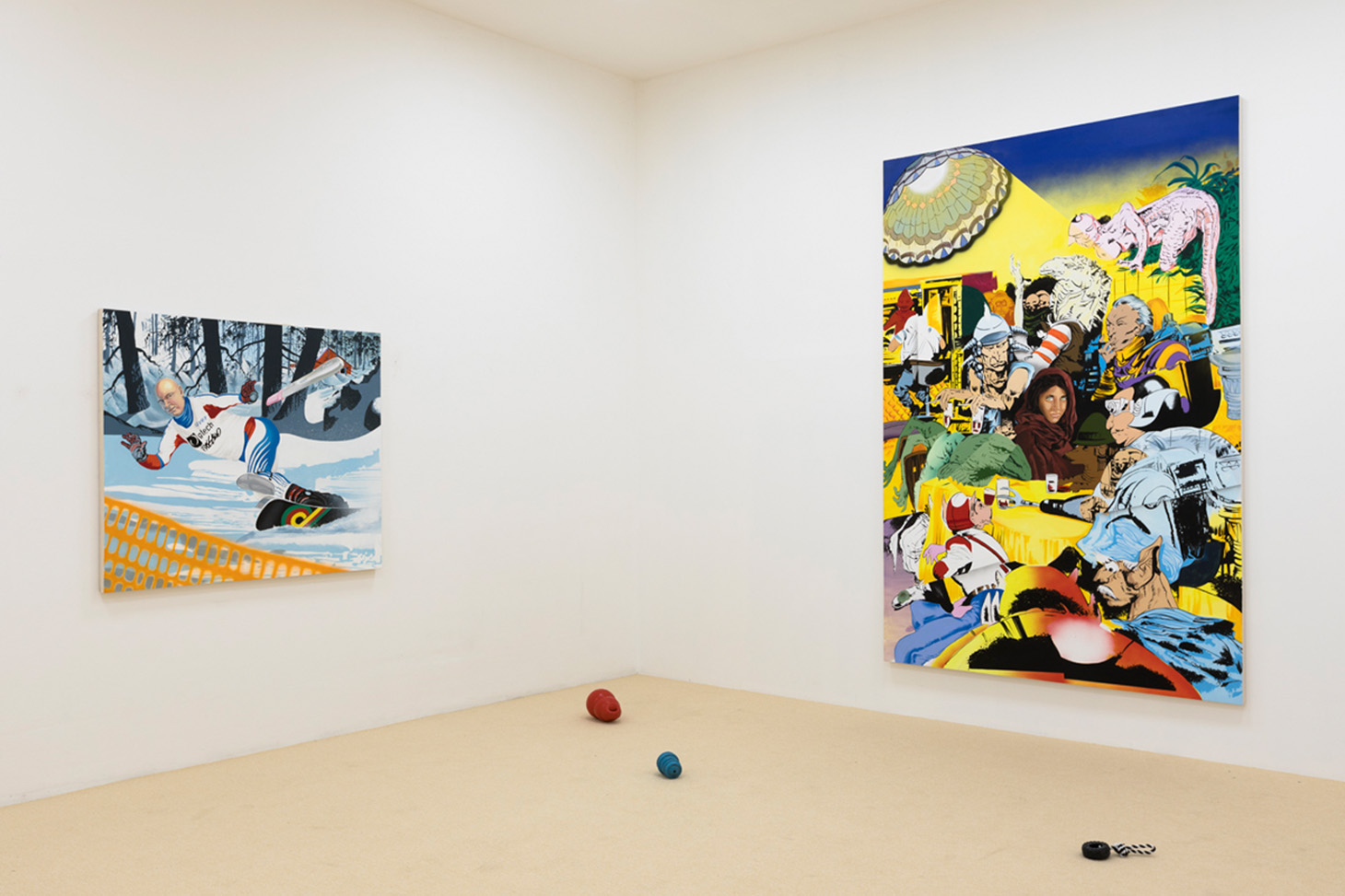 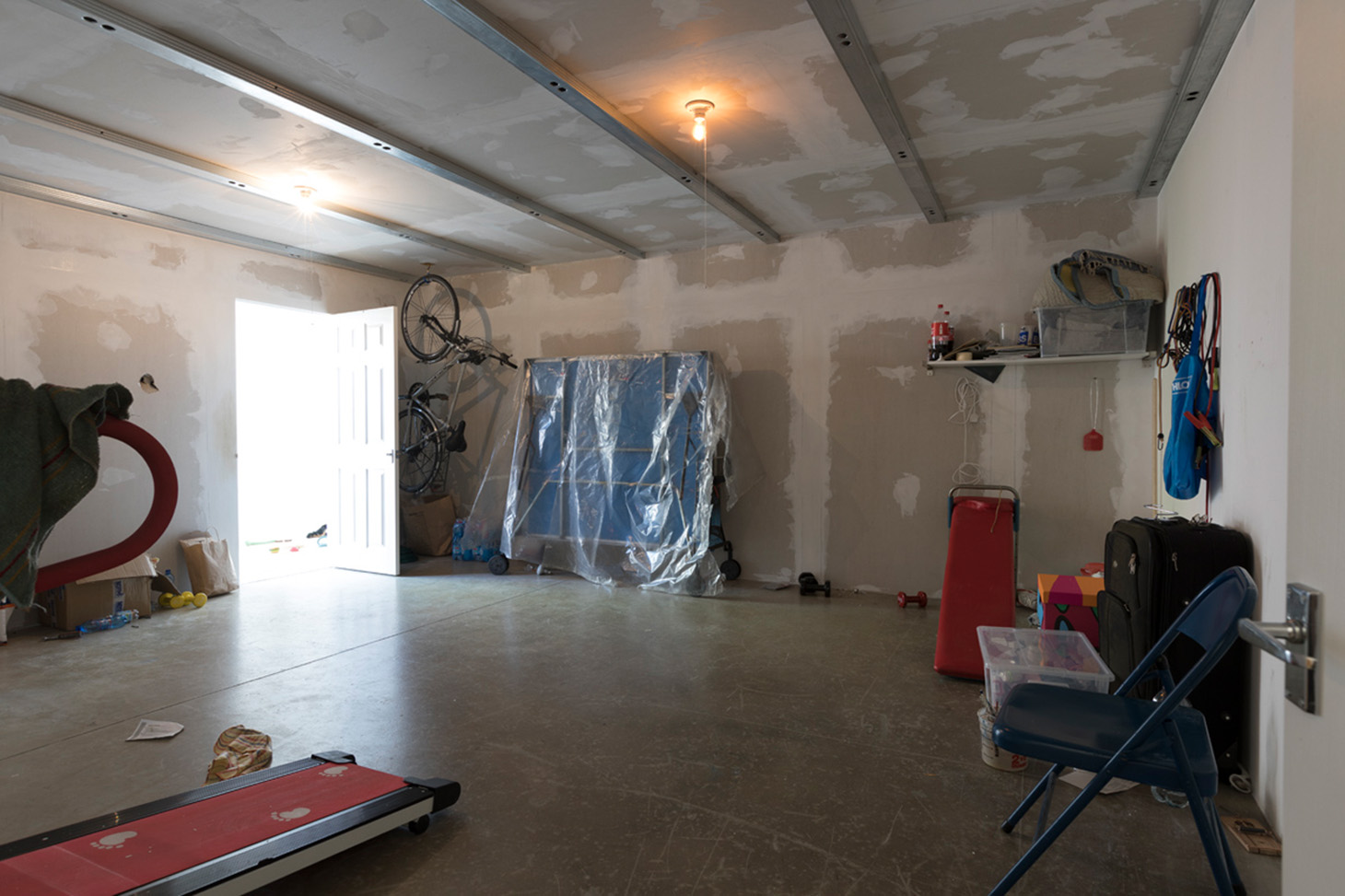 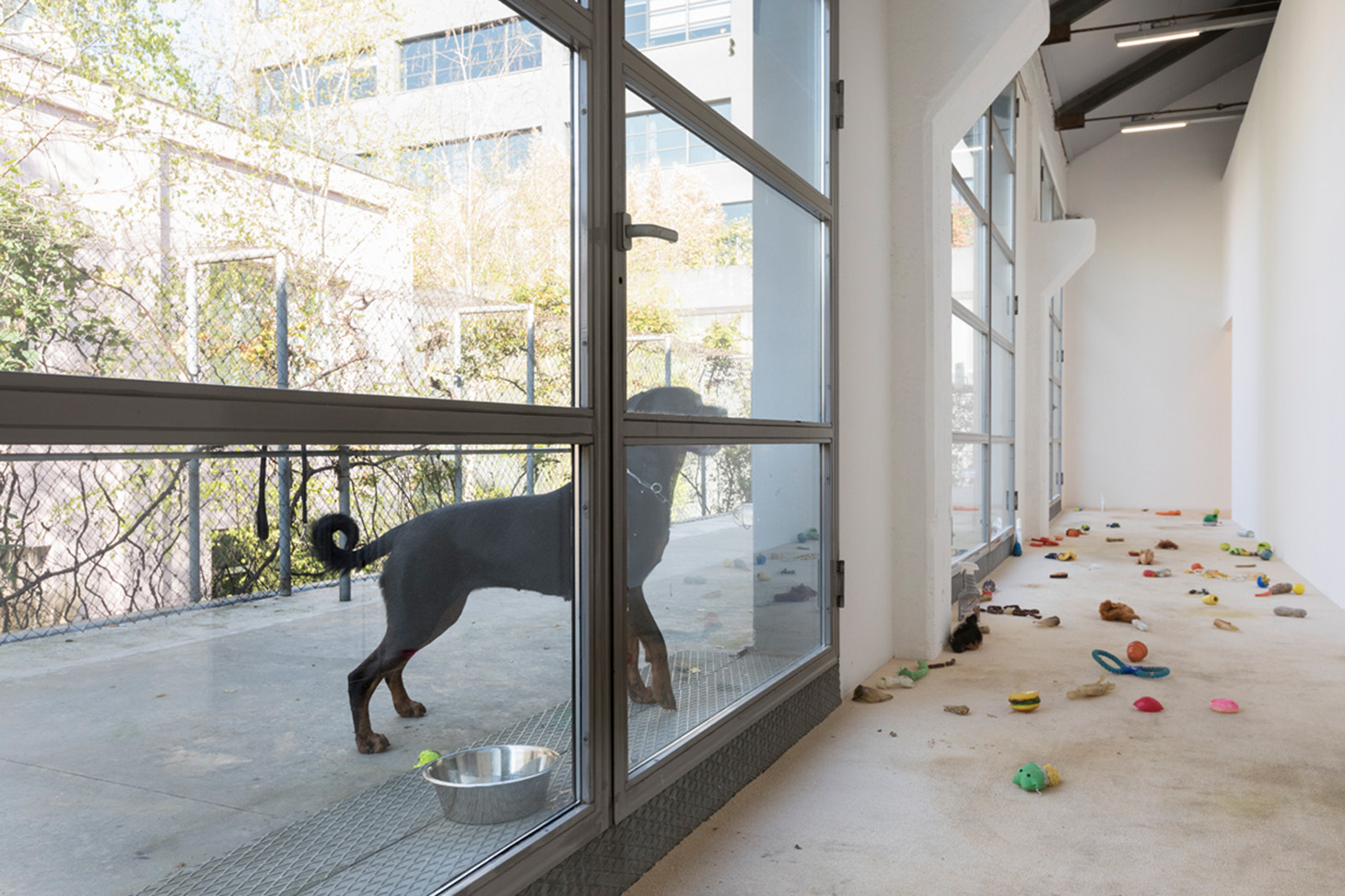 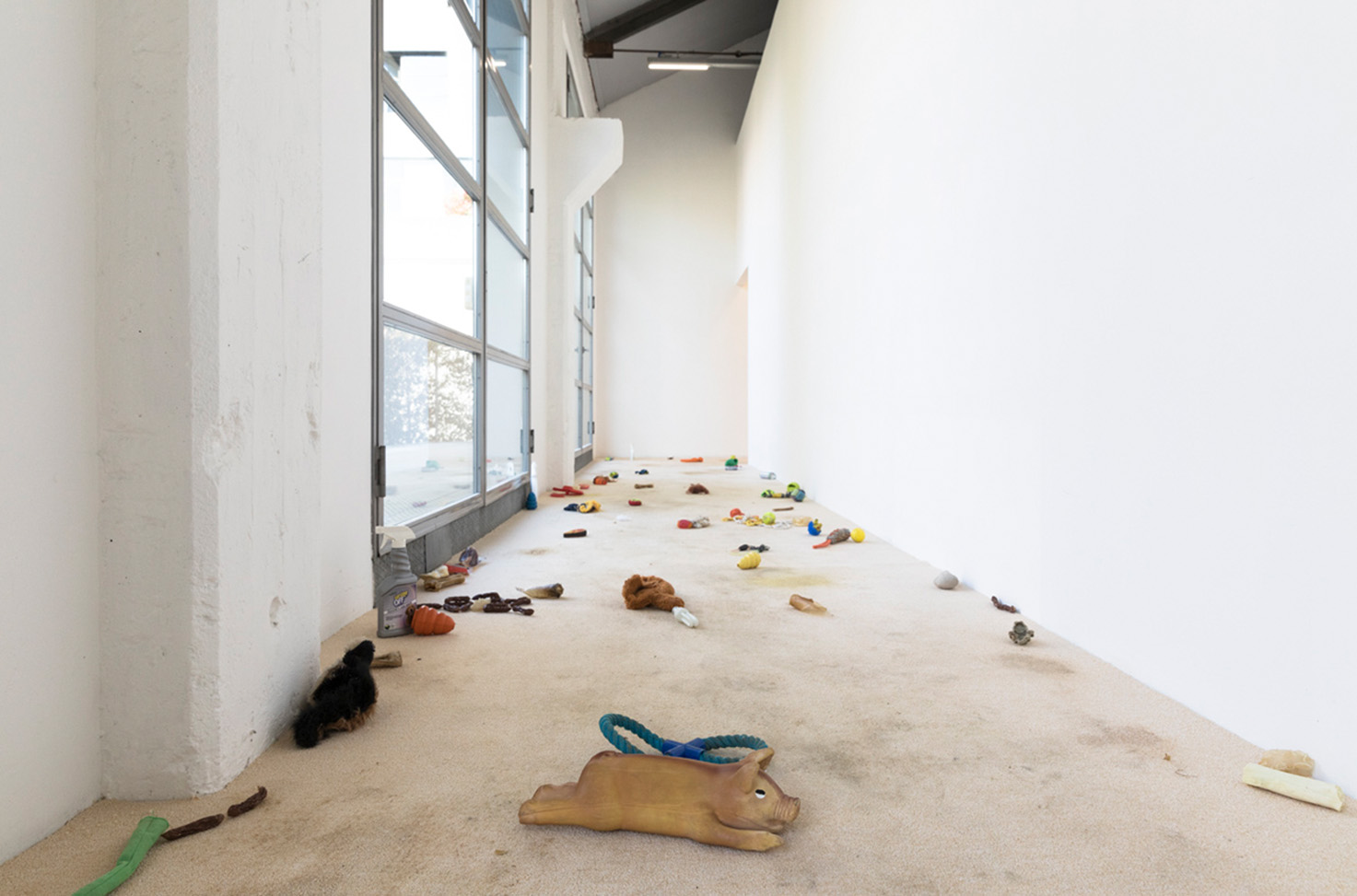 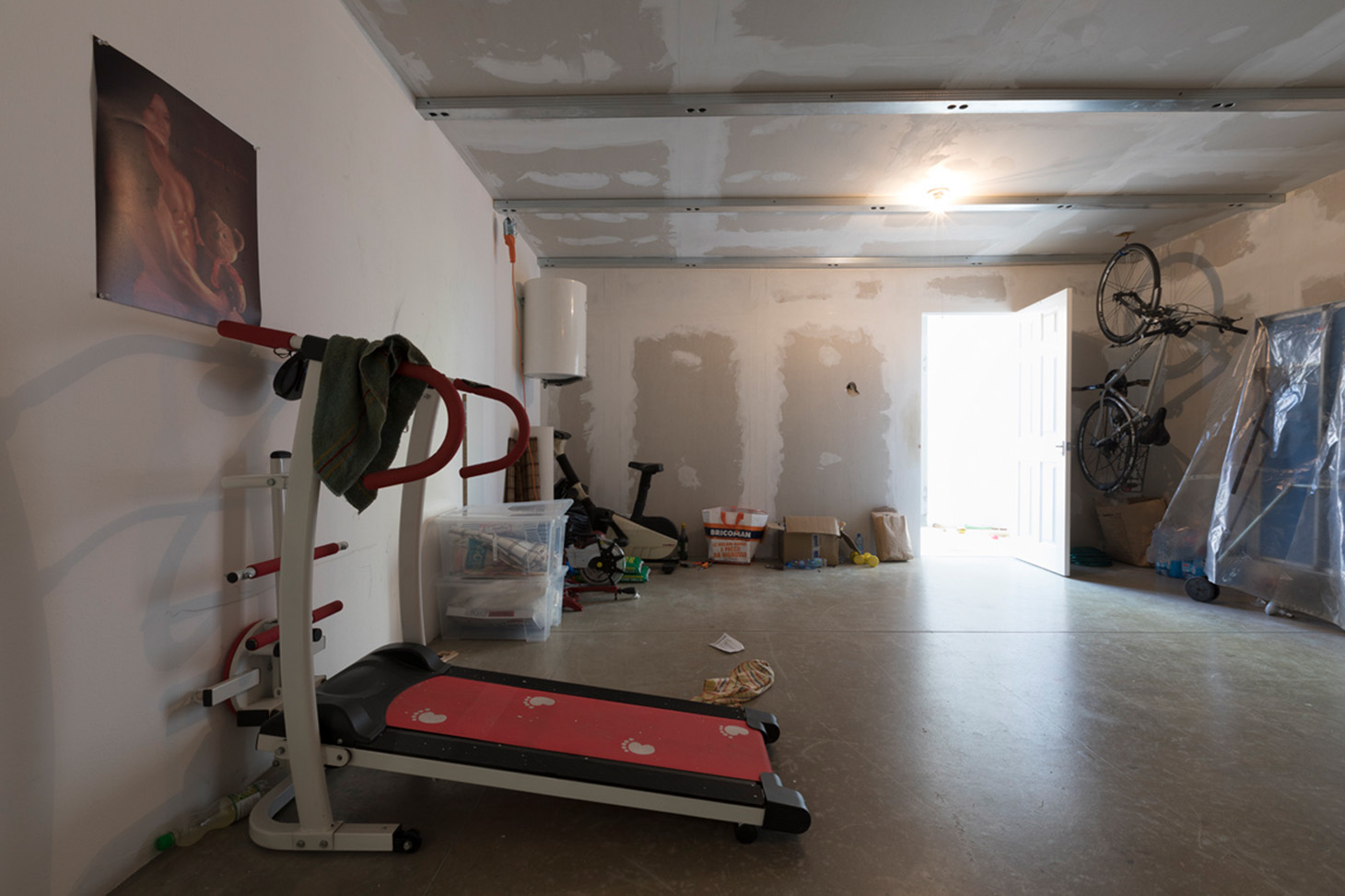 Massimo De Carlo is pleased to present Sincerely, Tony a new solo exhibition by the American painter Jamian Juliano-Villani, in the spaces of Via Ventura 5 in Milan. This is Jamian Juliano- Villani’s first exhibition in Italy.

Jamian Juliano-Villani’s practice is composed by large-scale figurative canvases where ambiguous and unsettling elements create a harmonious yet unnerving narrative, populated by extroversions of appropriated images and anxious introversions of traces of personal moments. These images seemingly disregard time, place, reality and taste. The New York based artist draws her varied and colourful iconography from popular culture and imagery, encompassing television, collectibles, and magazines, creating gaudy juxtaposition and uncanny situations.

For Sincerely, Tony Jamian Juliano-Villani has physically transformed the gallery space, by adding objects and architectural elements. In order to see the paintings on show the viewer is forced to pass through a claustrophobic environment that resembles a neglected and daunting basement populated by gym equipment and chewed dog toys, and then across a long corridor where an unnerving surprise awaits and observes them.

The room at the end of the corridor evokes the eerie atmosphere of a non-space type of lieu that could be a cheap hotel’s hall or a hospital’s waiting room (whatever the viewer associates to this kind of familiar yet unsettling feeling) and is filled with six vivid paintings.

Each painting depicts absurd and illogical situations that are drawn from everyday life scenarios – such as a middle-aged snowboarder dodging a pregnancy test through the slopes, a group of Italians fighting over a bill at Bar Basso (the historical Milanese cocktail bar), a butterfly seduced by adolescent sexuality in the form of a sphinx that lies close to a thermostat on a wall or a Joe Bradley painting and a Torey Thornton’s piece from the 2017 Whitney Biennial that stand defeated in a gym locker-room. With Sincerely, Tony Jamian Juliano-Villani is able to create reckless and visually punching environments that drag the viewer into a surreal yet vivid daze. 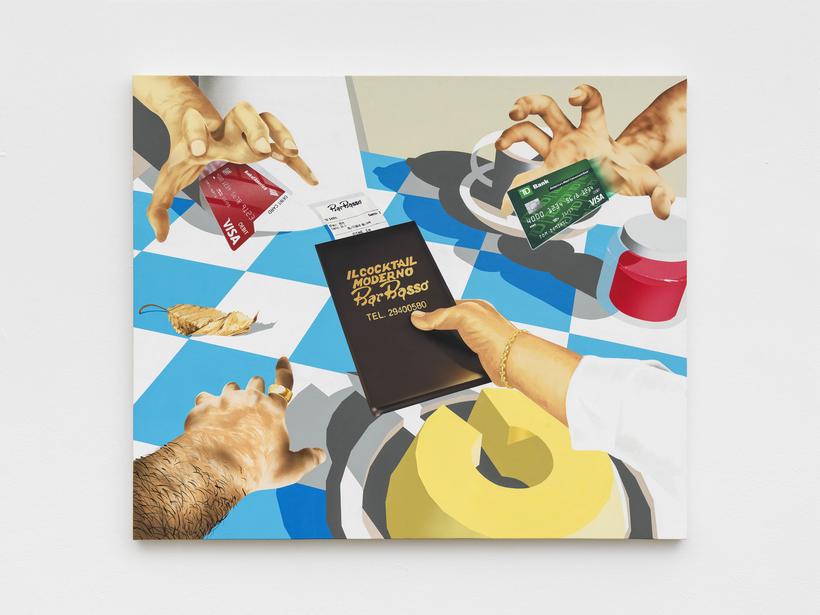 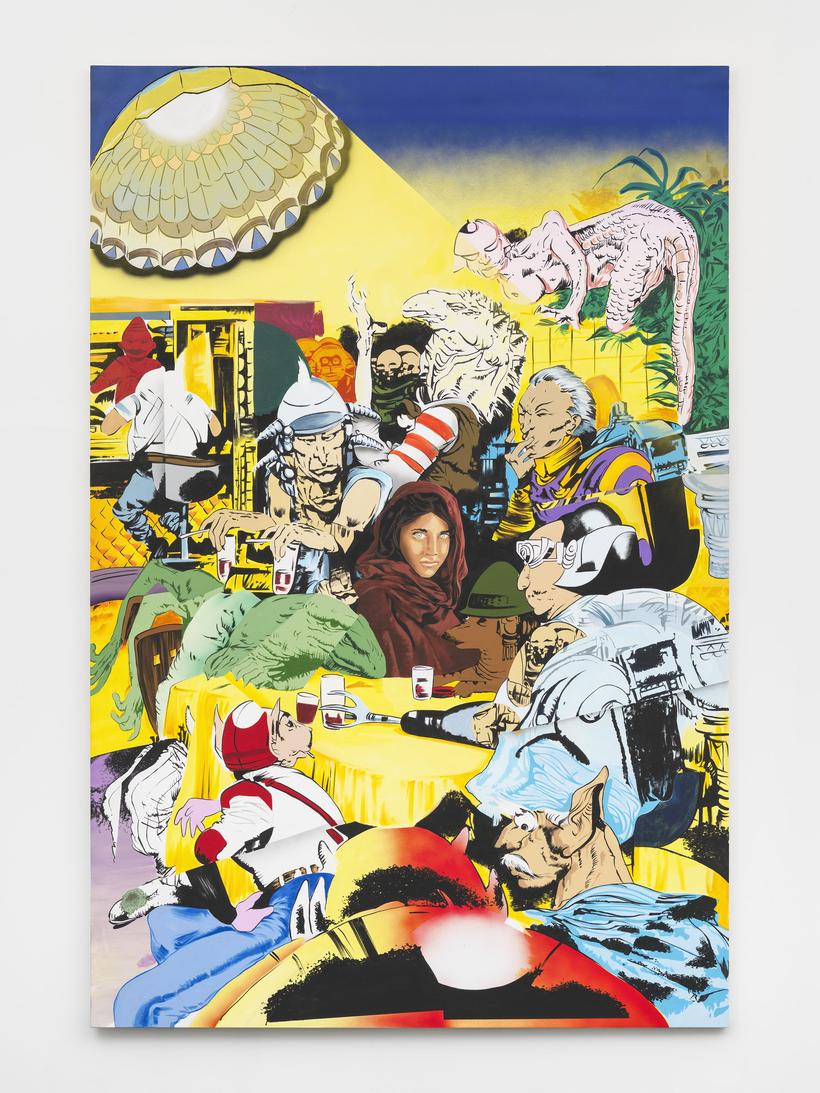 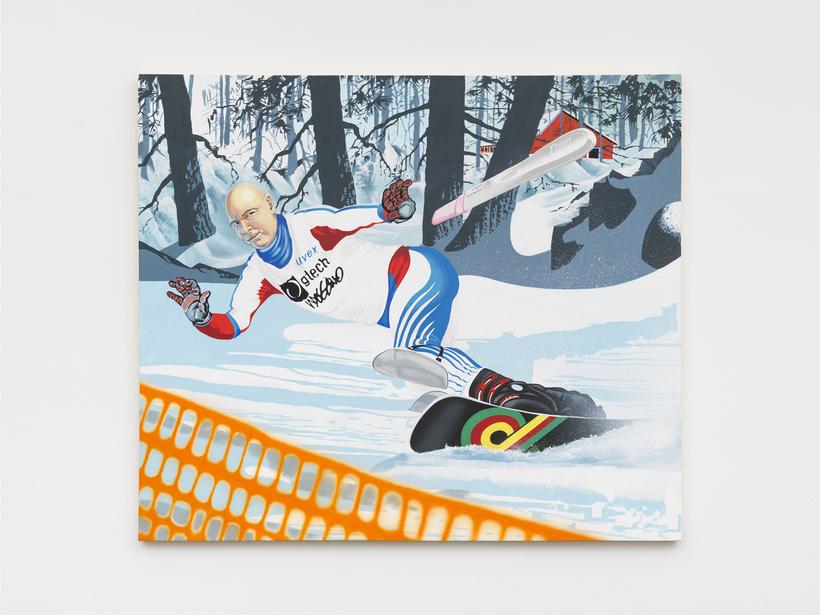 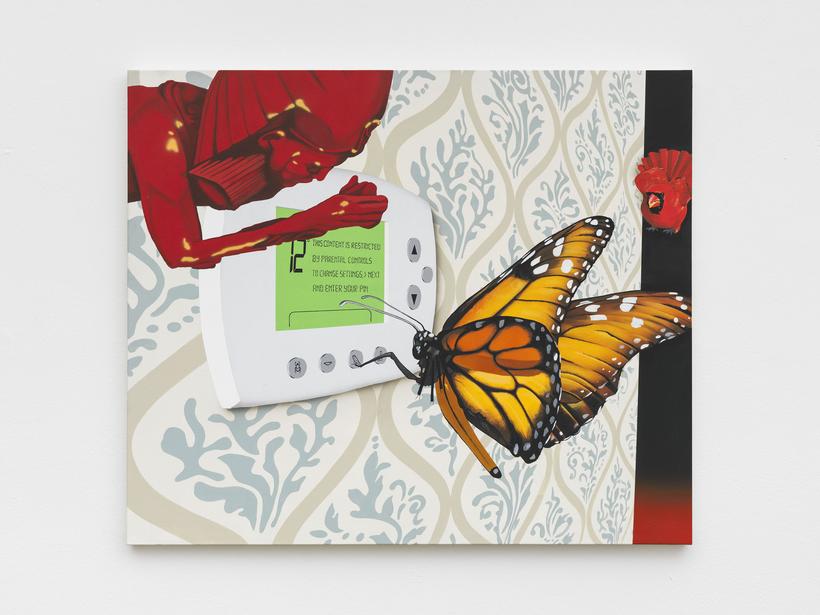 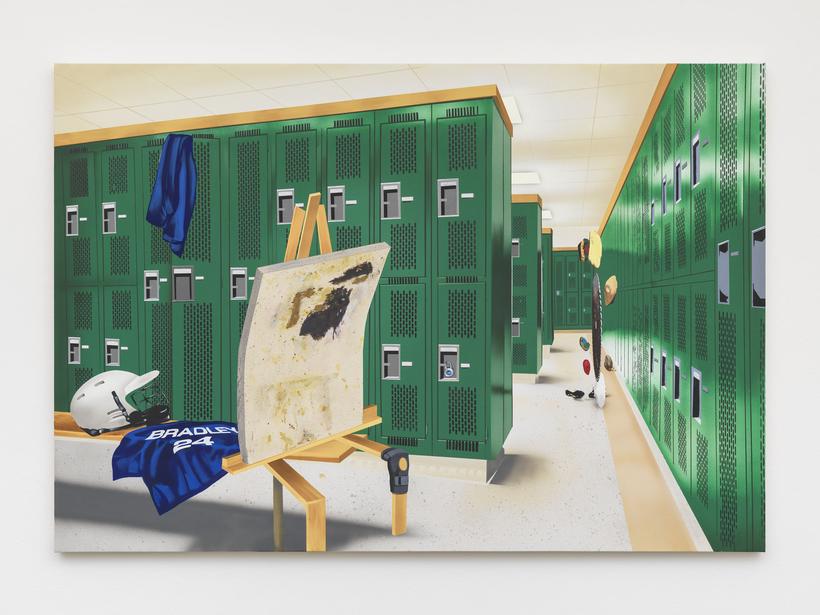 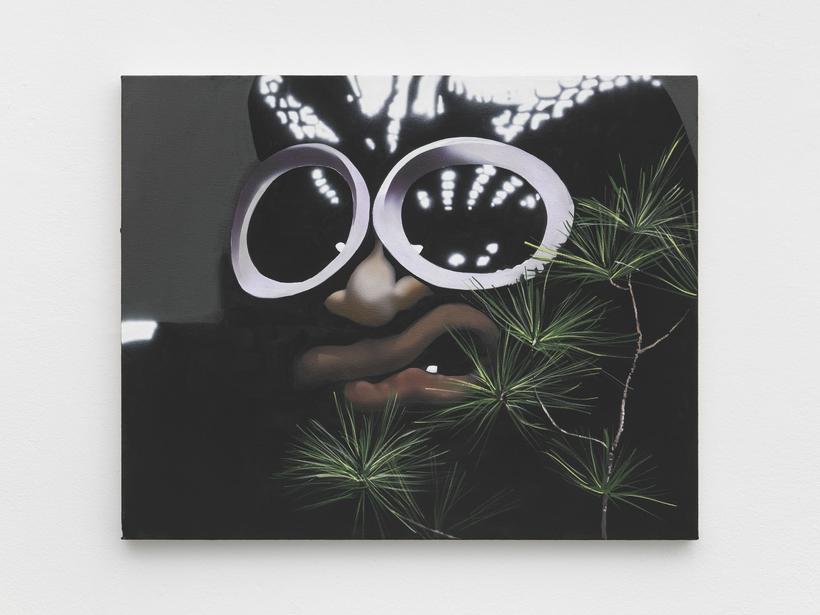