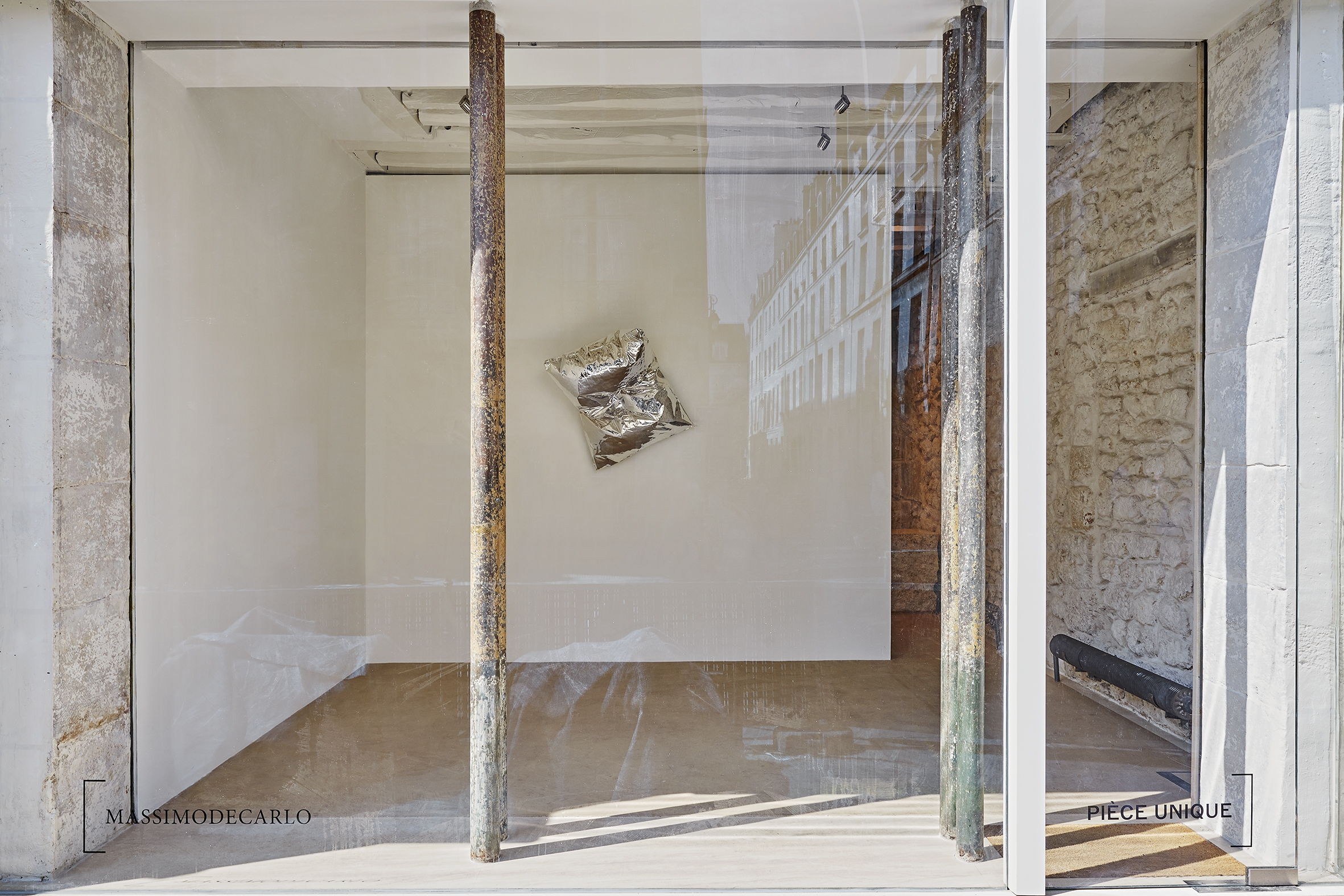 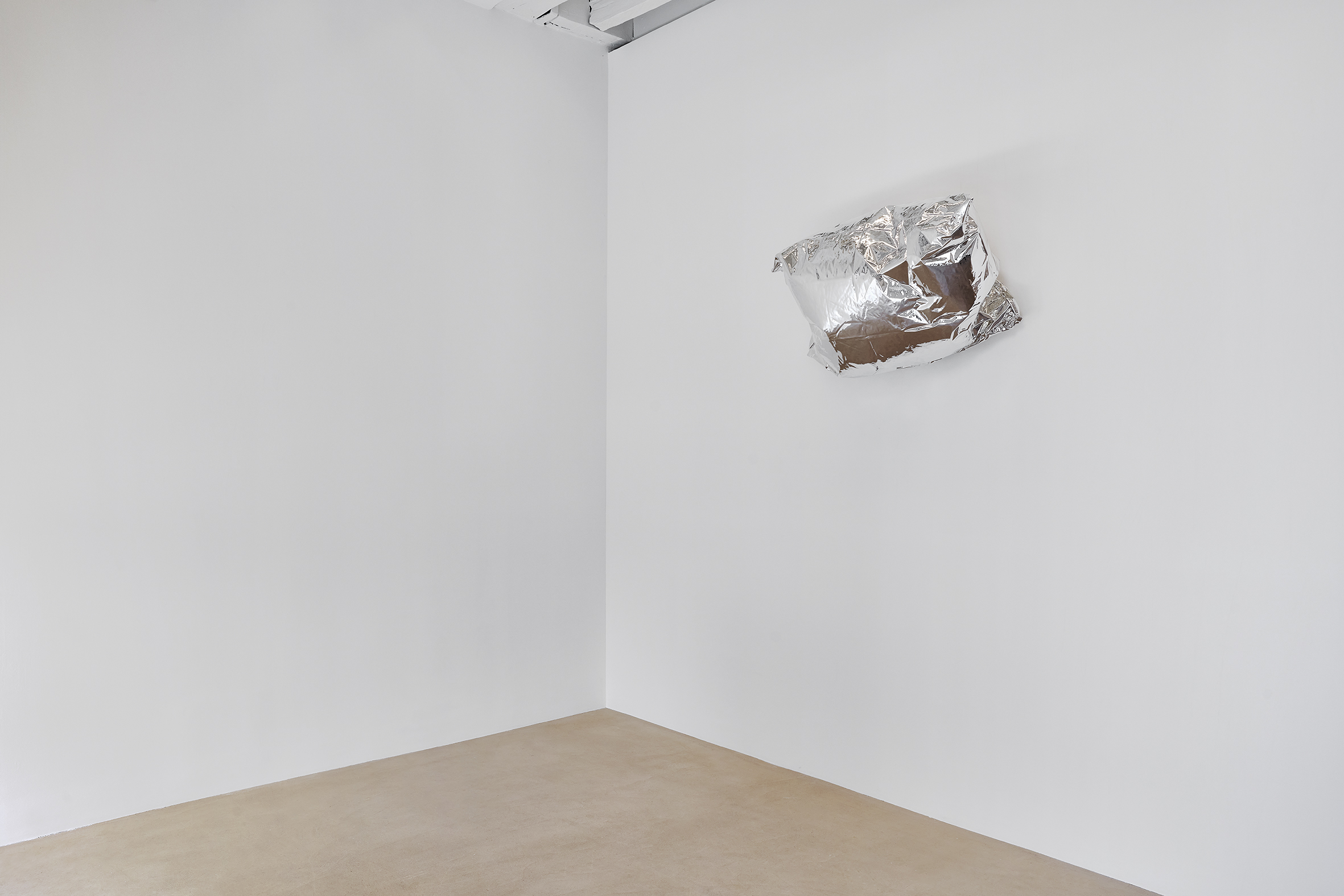 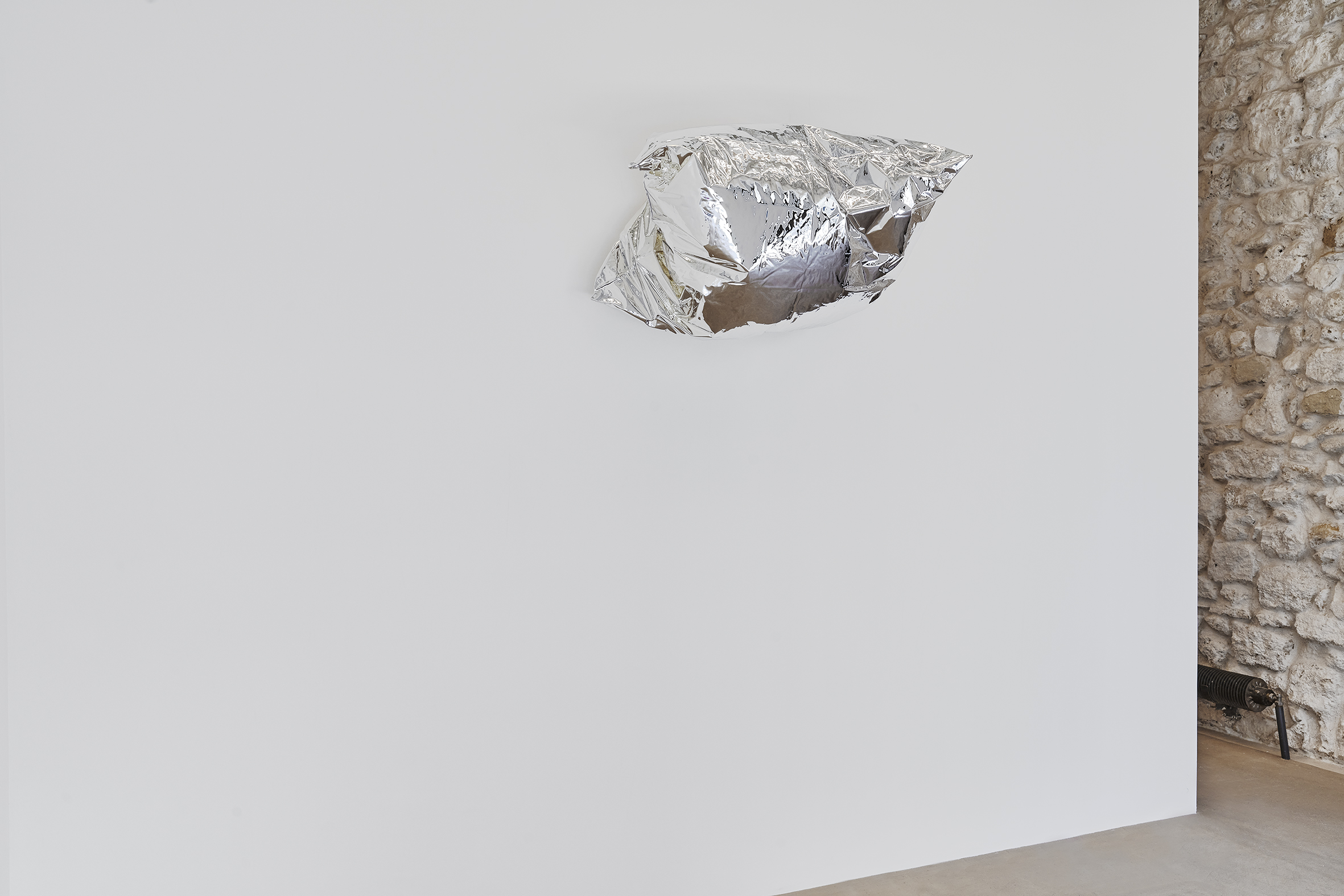 A highly polished, visibly crumpled rectangular silver balloon lulls afloat, mid-air, gracing the gallery’s empty space. It appears to be on its way down to the floor as the helium gradually escapes its ethereal envelope.

But its lithe form is just an illusion: fixed onto the wall, Monk’s Silver Cloud is in fact a high density polyurethan foam reproduction of Andy Warhol’s iconic Mylar balloons that floated around his studio space, The Factory, in 1960’s New York City.

Covered in aluminum from floor to ceiling, The Factory was the beating heart of New York’s creative scene, where everyone from the Velvet Underground to Edie Sedgwick converged around Andy Warhol’s magnetic persona to witness his next groundbreaking art trick.

For those familiar with Jonathan Monk, this is the newest example in his treatment of his cornerstone idea of “impossible originality”. Speaking in 2009, Monk said:

Appropriation is something I have used or worked with in my art since starting art school in 1987. At this time (and still now) I realized that being original was almost impossible, so I tried using what was already available as source material for my own work.

Building on preexisting ideas, Monk thus offers his own - paradoxically original - version of past artworks. Warhol himself was the purveyor of art’s infinite reproduction potential. Tackling the notions of “original” vs “copy” head on, they make these very notions superfluous.

As if freezing them in time in the midst of their own undoing – somehow even reminiscent of Pompei’s petrified figures, Monk anchors the balloons’ ephemeral quality into our present, solidifying them to project them into the future. 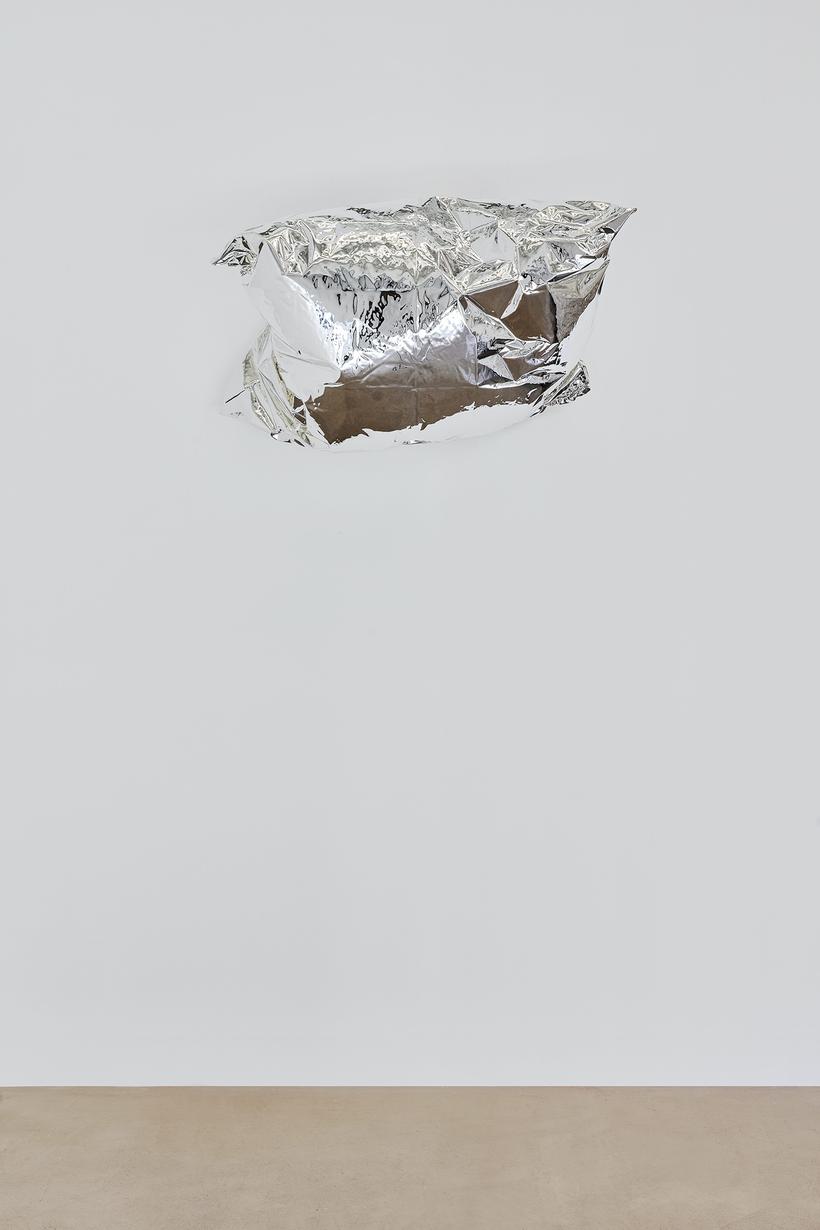 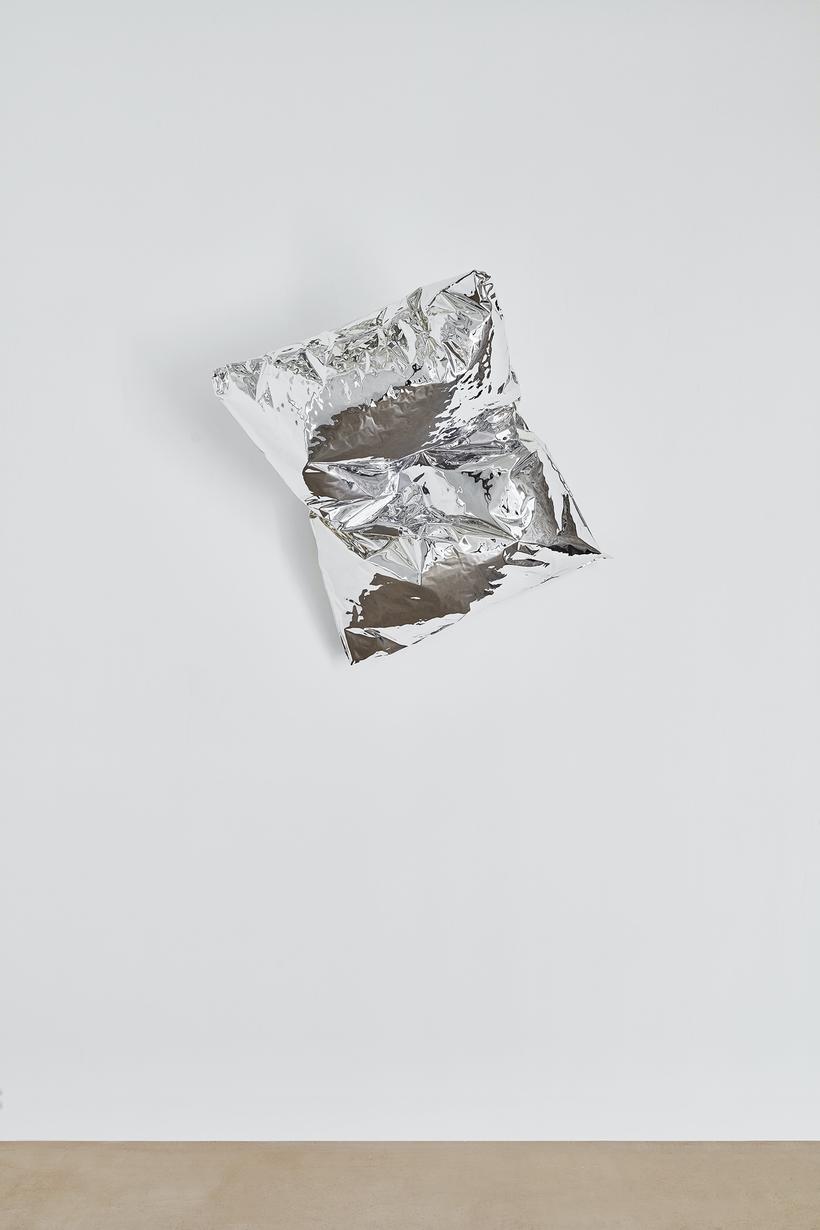