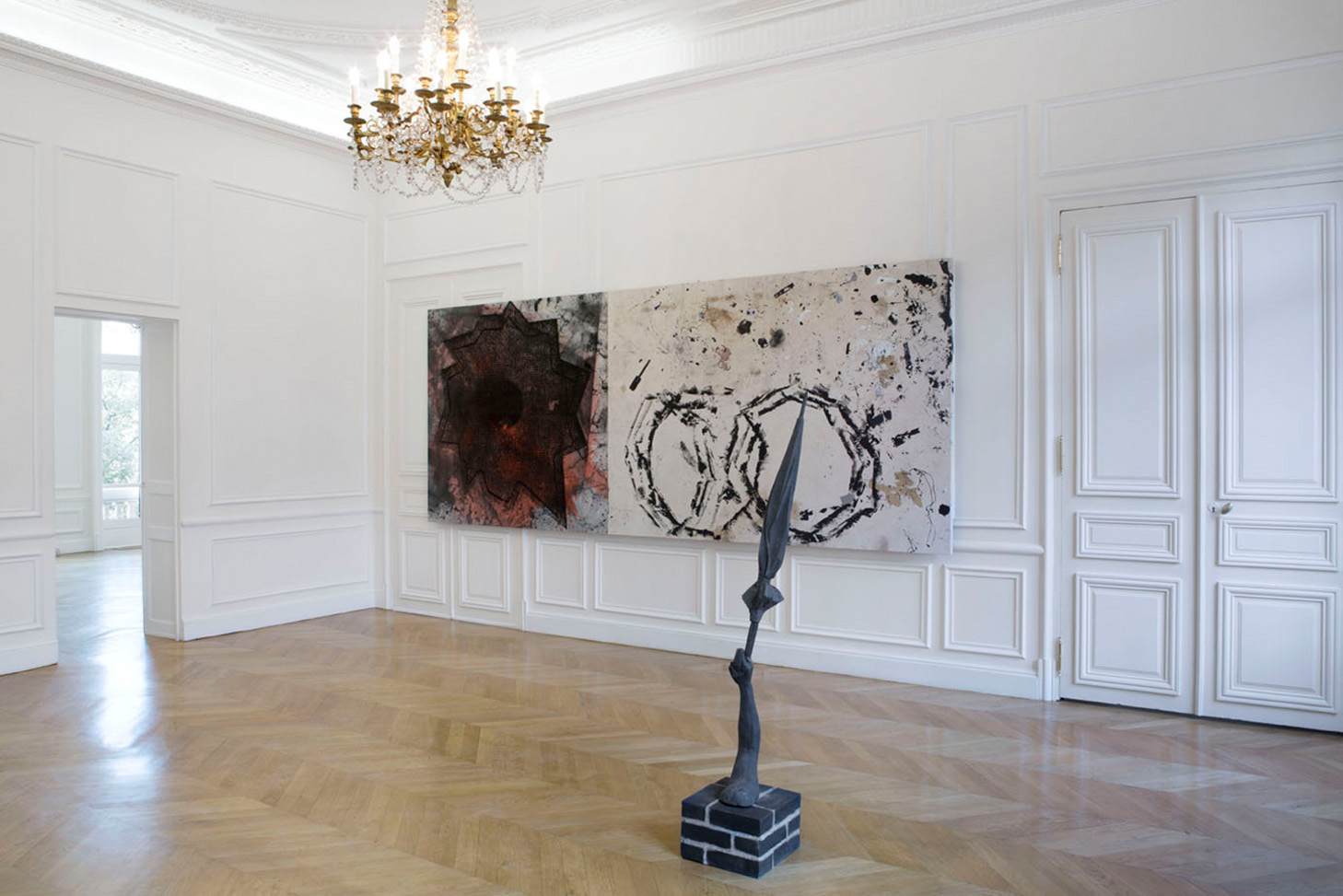 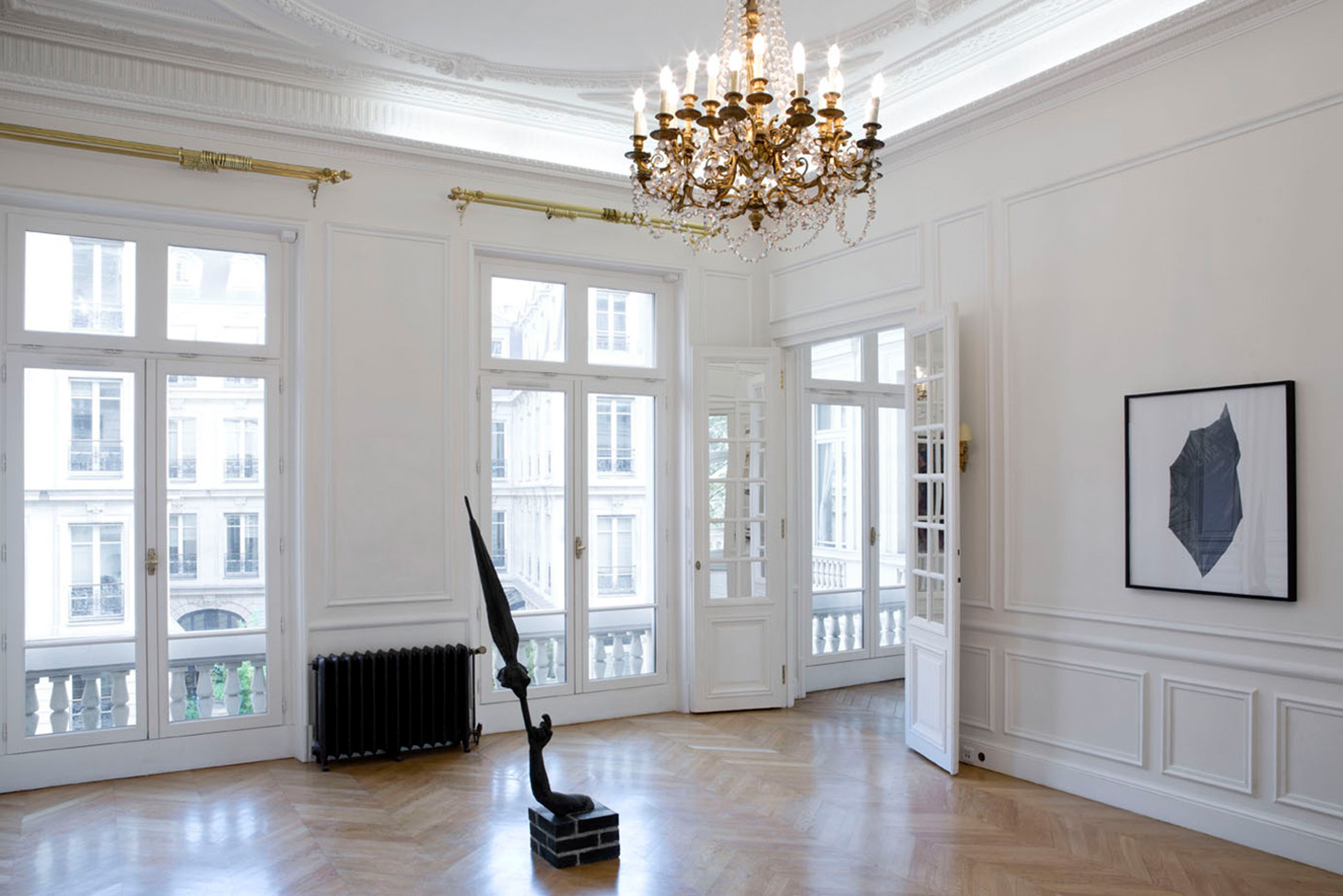 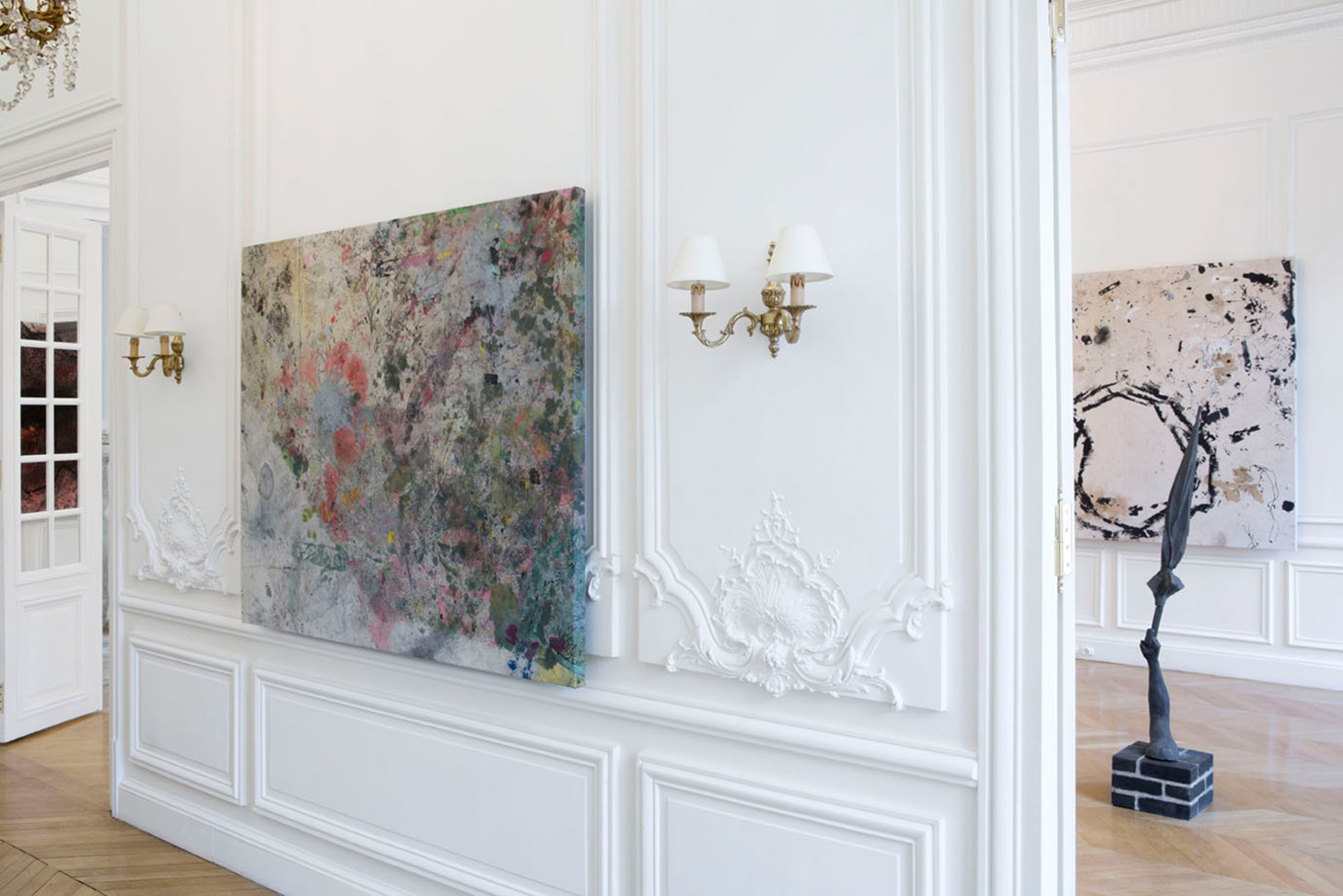 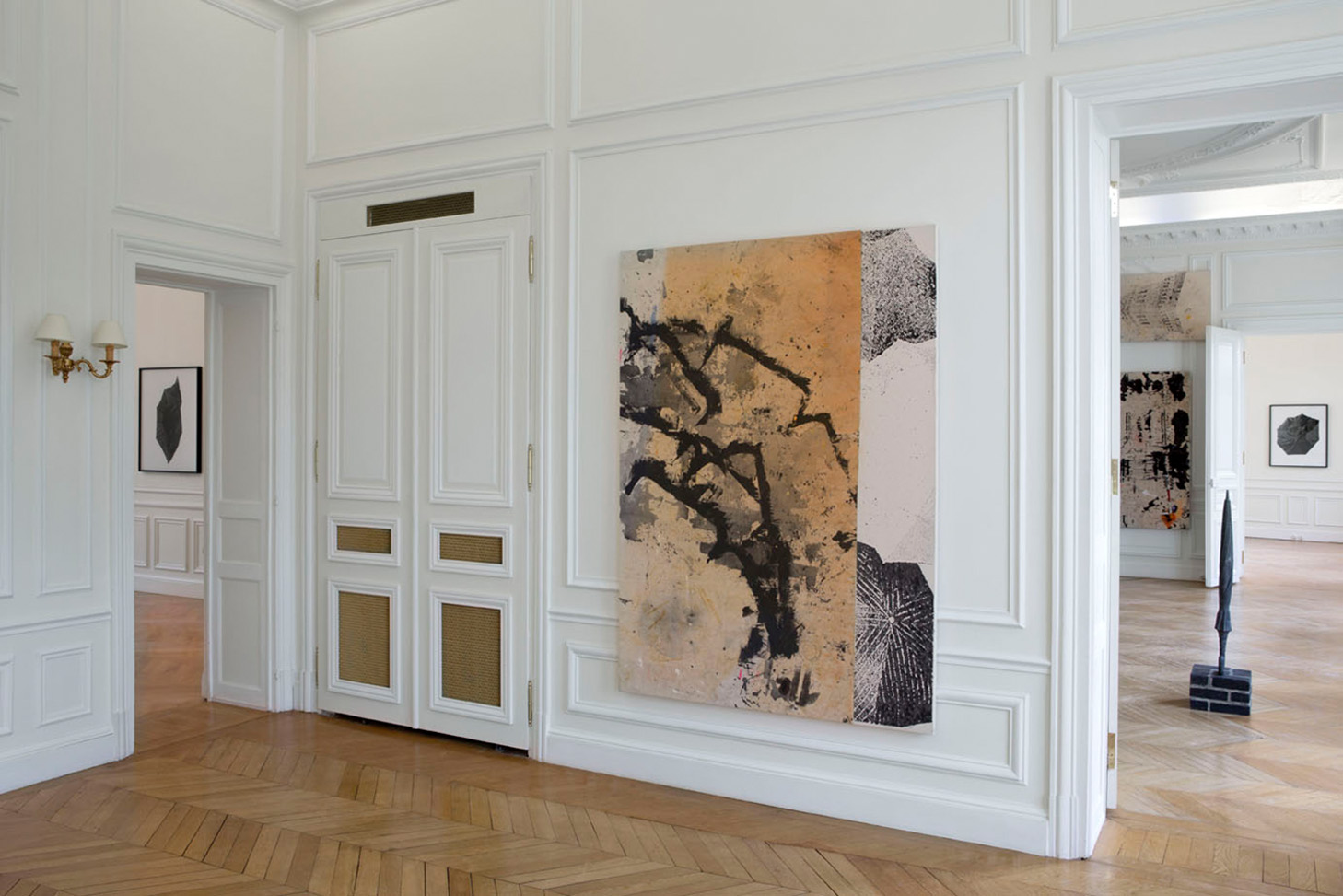 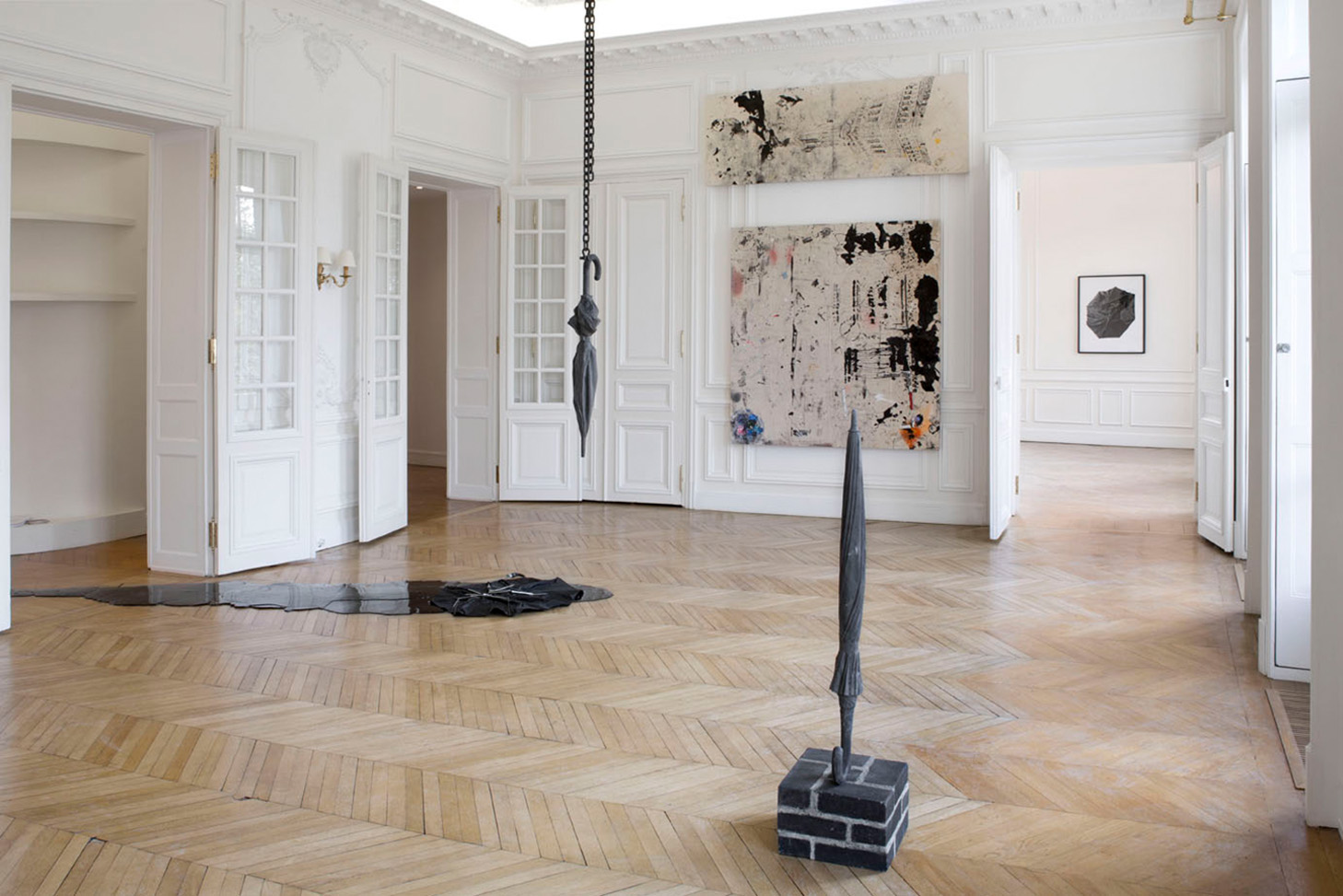 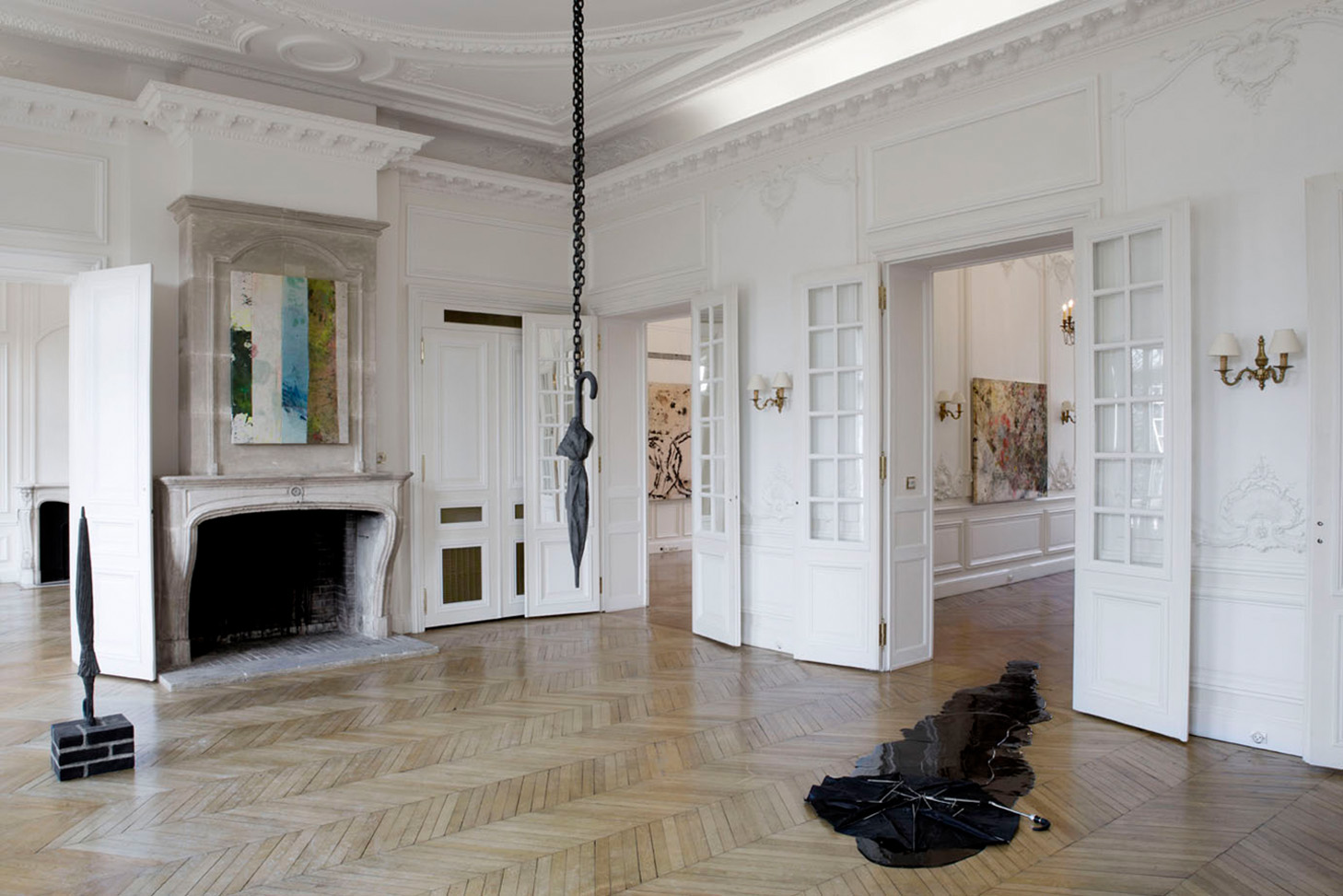 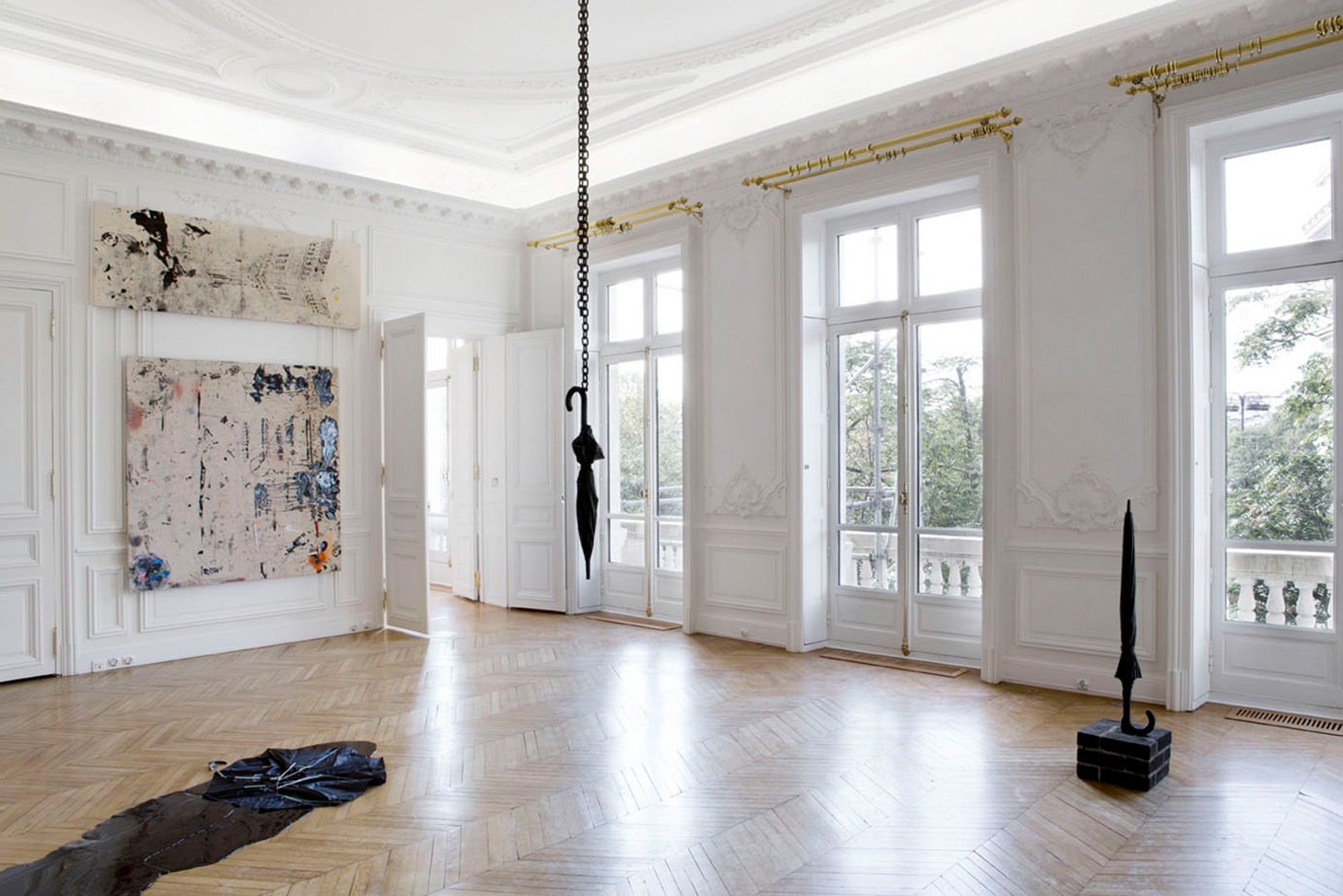 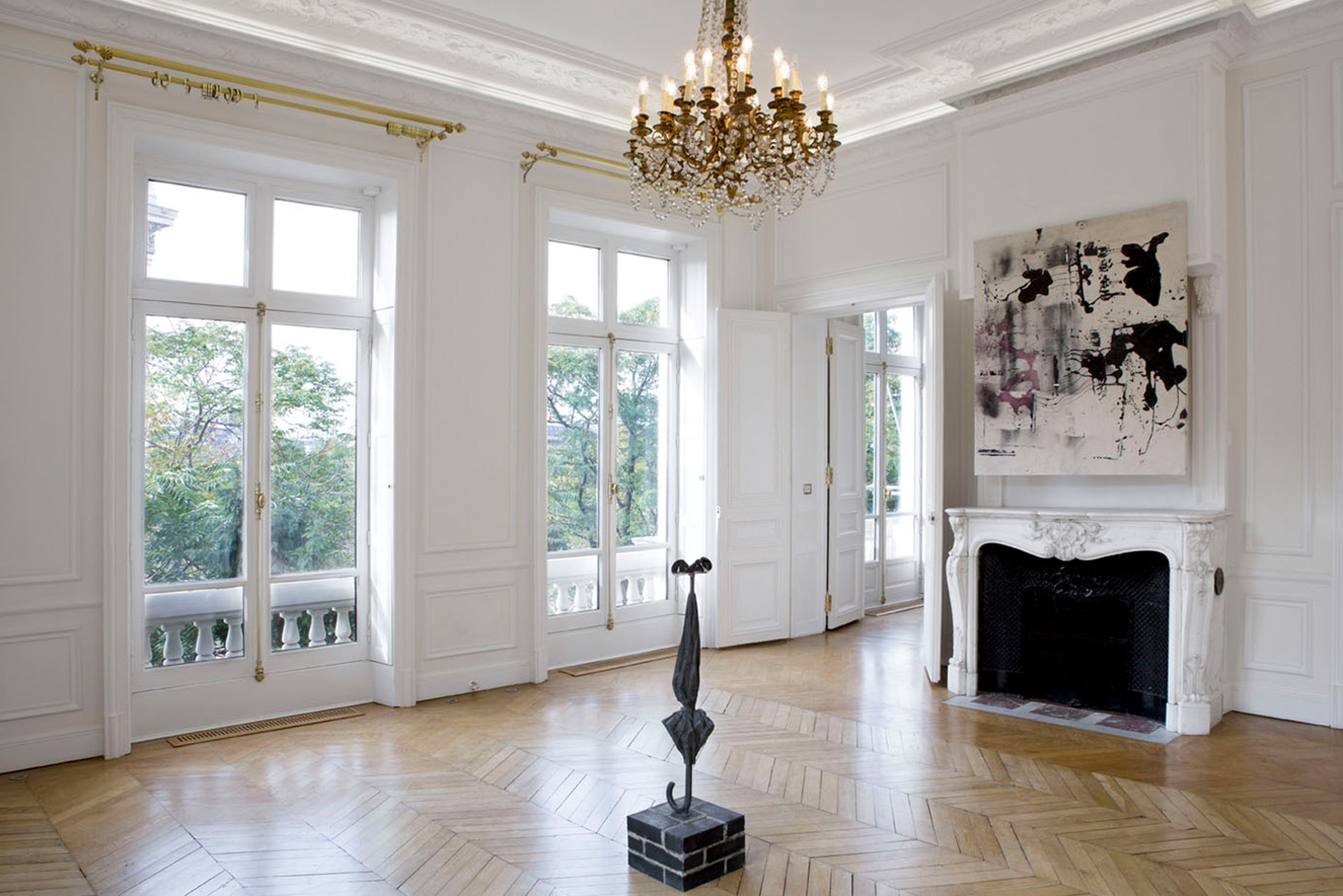 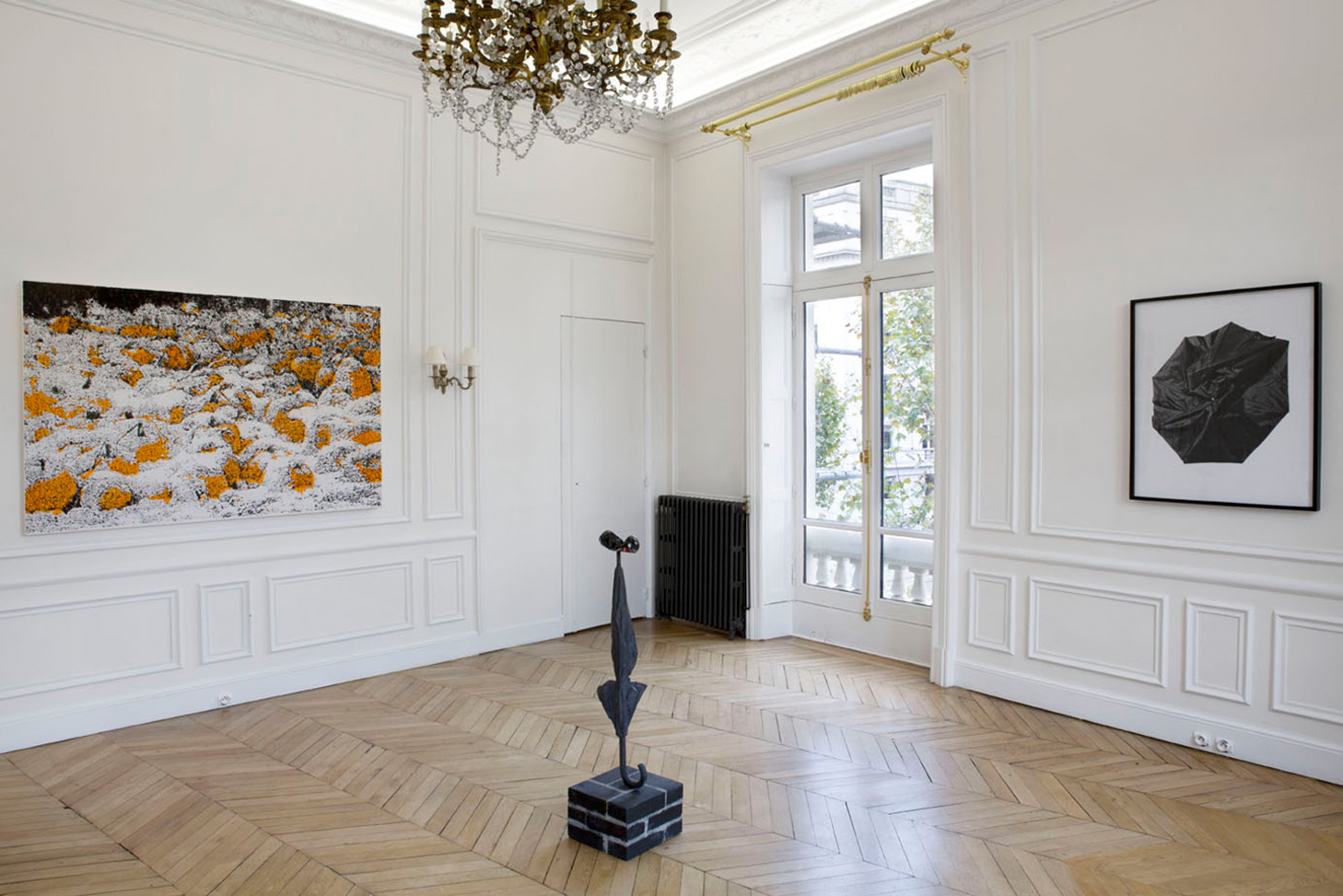 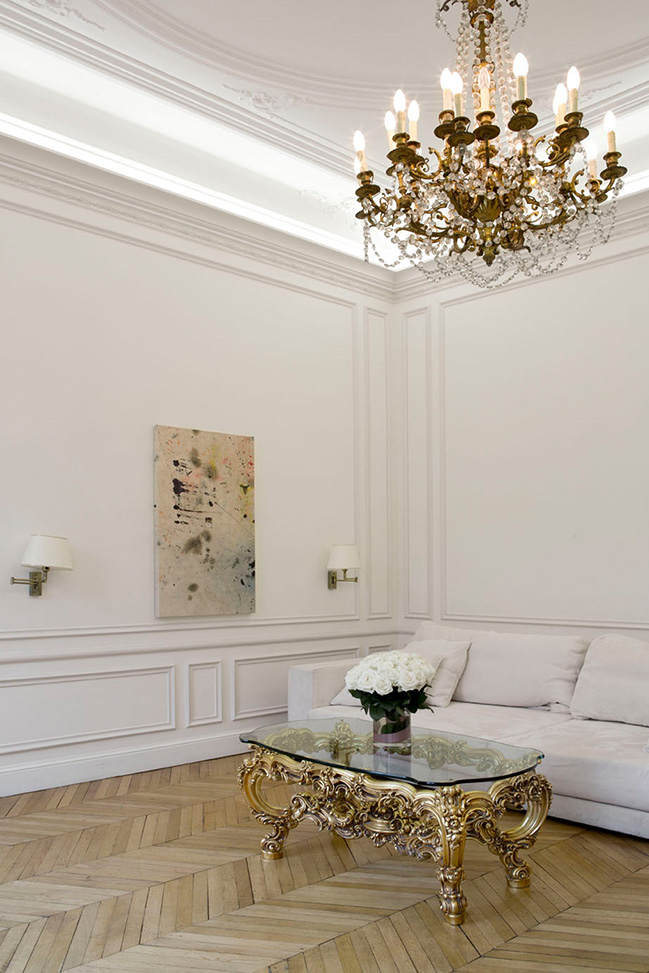 Carlson Gallery is delighted to present THE TRIUMPH ARCH, an exhibition by Hanna Liden and Nate Lowman.

In The Triumph Arch, the third in a series of two-person exhibitions by Hanna Liden and Nate Lowman in New York, London, and Paris consecutively, the New York-based artists present new works from their independent sculpture and painting practices. Positioned together, Lowman‚s abstract paintings made from soiled canvas and Liden‚s casts of umbrellas create an ambiance of formal complements and contrasts grounded in the work‚s physical materials and processes.

Liden’s sculptures of vertical umbrellas developed out of her still-life photography subjects, which have also included black-painted flowers and leather jackets. Cast in cement and dyed pitch black, the works stand in melancholy, slapstick and anti-heroic poses. Some look singular and stoic, like one that depicts a blackened arm reaching out from a cube of chimney brick and thrusting an unopened umbrella to the sky like a lightning rod. Others invite morbid speculation, like the umbrella that dangles from a chain neatly screwed into its handle ˆ is it a torture device, a scarecrow, or a prisoner condemned to hang? Another lone umbrella perches on a cube of bricks, topped with a crushed black aluminum can that resembles a moustache, antennae, Mickey Mouse ears, or loudspeakers. Yet another slides down to puncture a battered studio chair, its curved handle perked in the air.

Residue is the starting point for Lowman’s ongoing series of paintings made from canvas dropcloths collected from the floors of his own studio and those of others. Covered in splatters, footprints, and scuff marks, the canvases vary in color and surface quality: some are single swaths, while others are battered vertical strips stitched together by hand. Lowman is known for his iconographic works using appropriated imagery and bold, shaped canvases of  enlarged bullet hole stickers and car air fresheners. In one new dropcloth work shaped like an oversized triangle of swiss cheese, he melds its authoritative sculptural presence and familiar symbolism with the ambient marks of the stained canvas to novel effect, counterbalancing the fragility of the surrounding works.
In one tall, narrow canvas, the Statue of Liberty appears, a fuzzy transmission from across the Atlantic. Observing this image rendered in fine pointillism, faded and scratched-looking like a worn postcard, one can reflect on the show‚s title ˆ one monument to another ˆ the nearby landmark it mentions serving as a quick reference for those visiting Paris from out of town for the art fair this week. Its mispronounced wording suggests less of a triumph and more of an arch ˆ like the curve of an umbrella, safeguard against stray splatters, drips, and splashes.
Read more +
Read less -