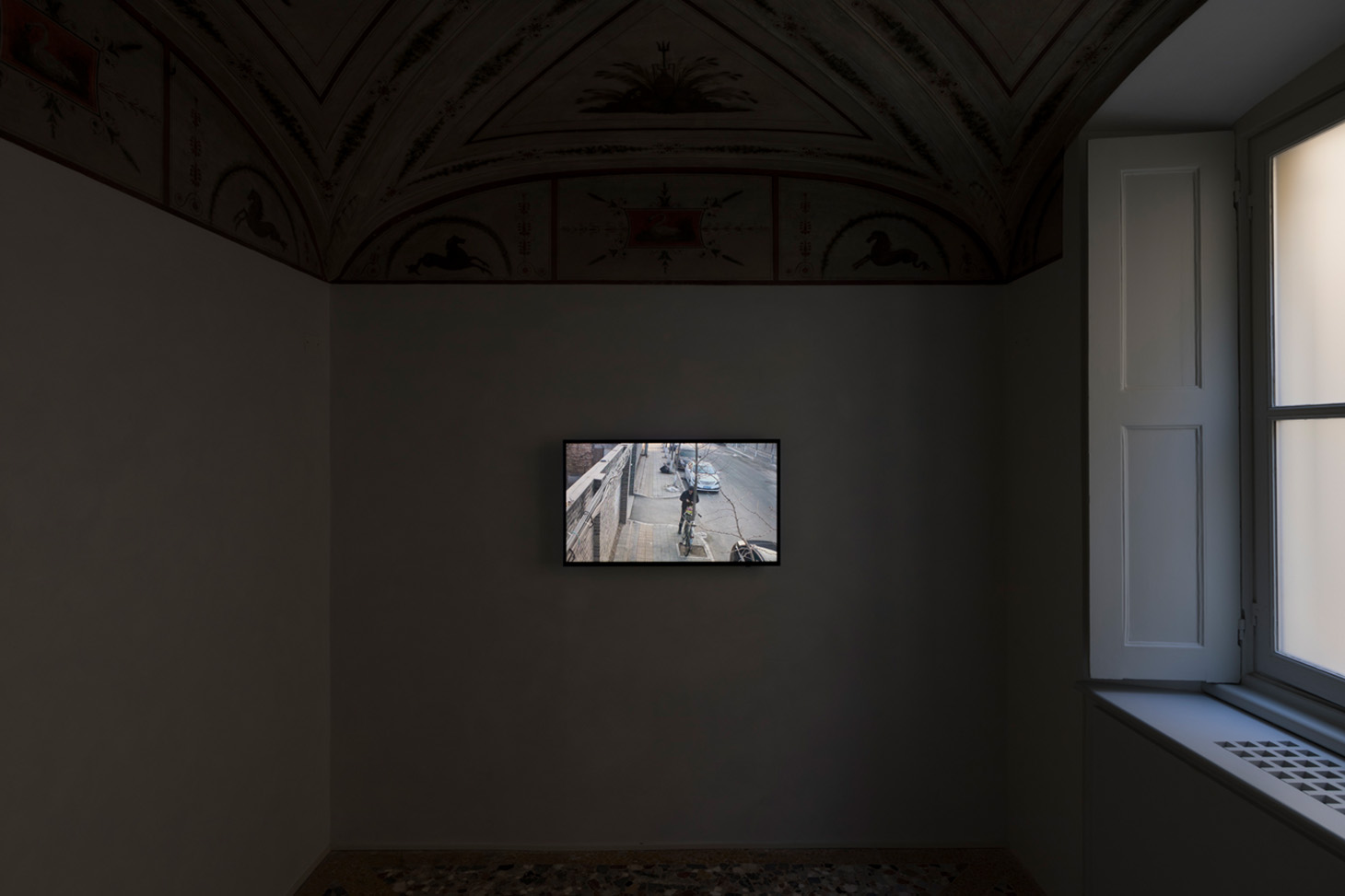 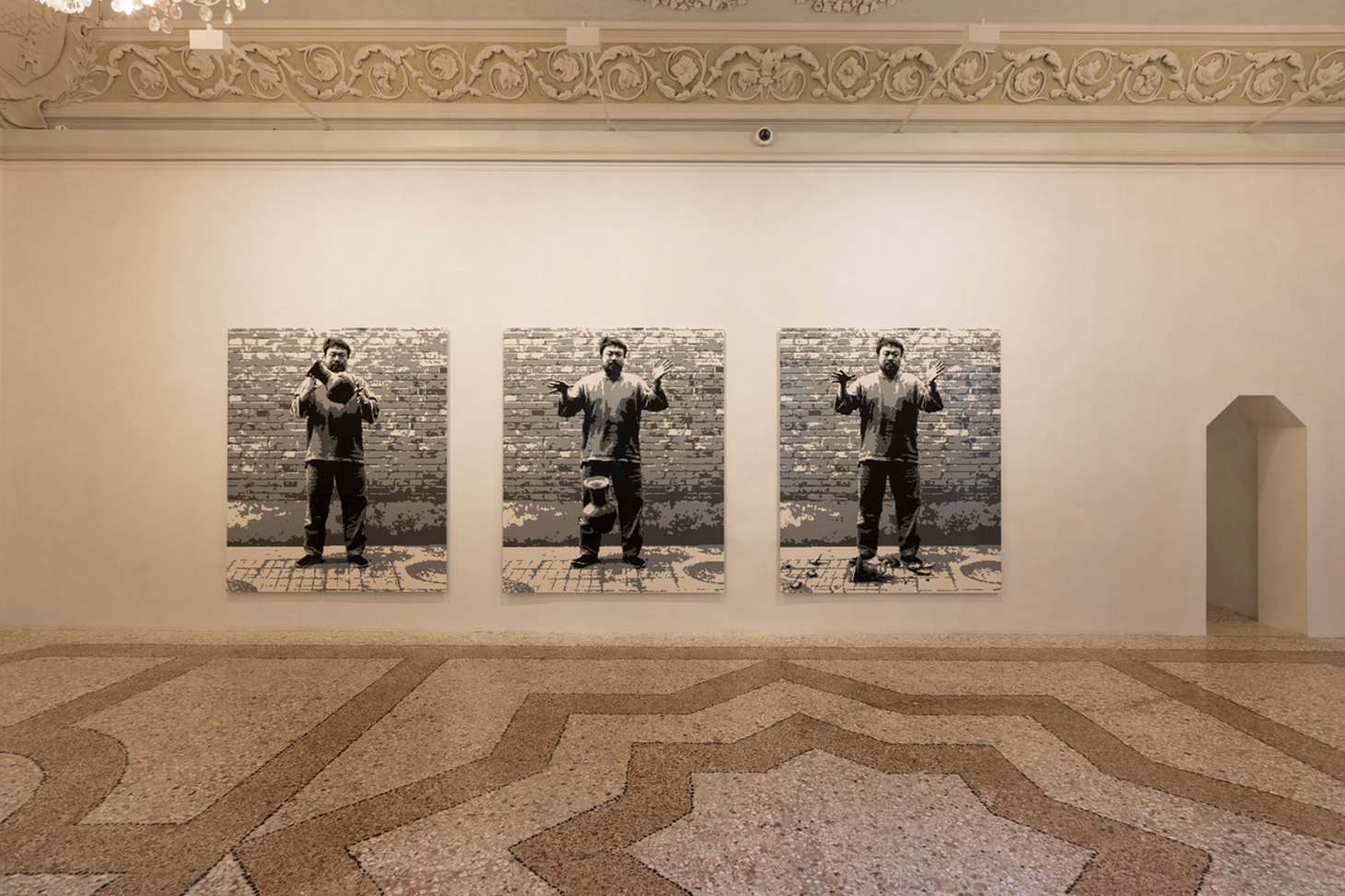 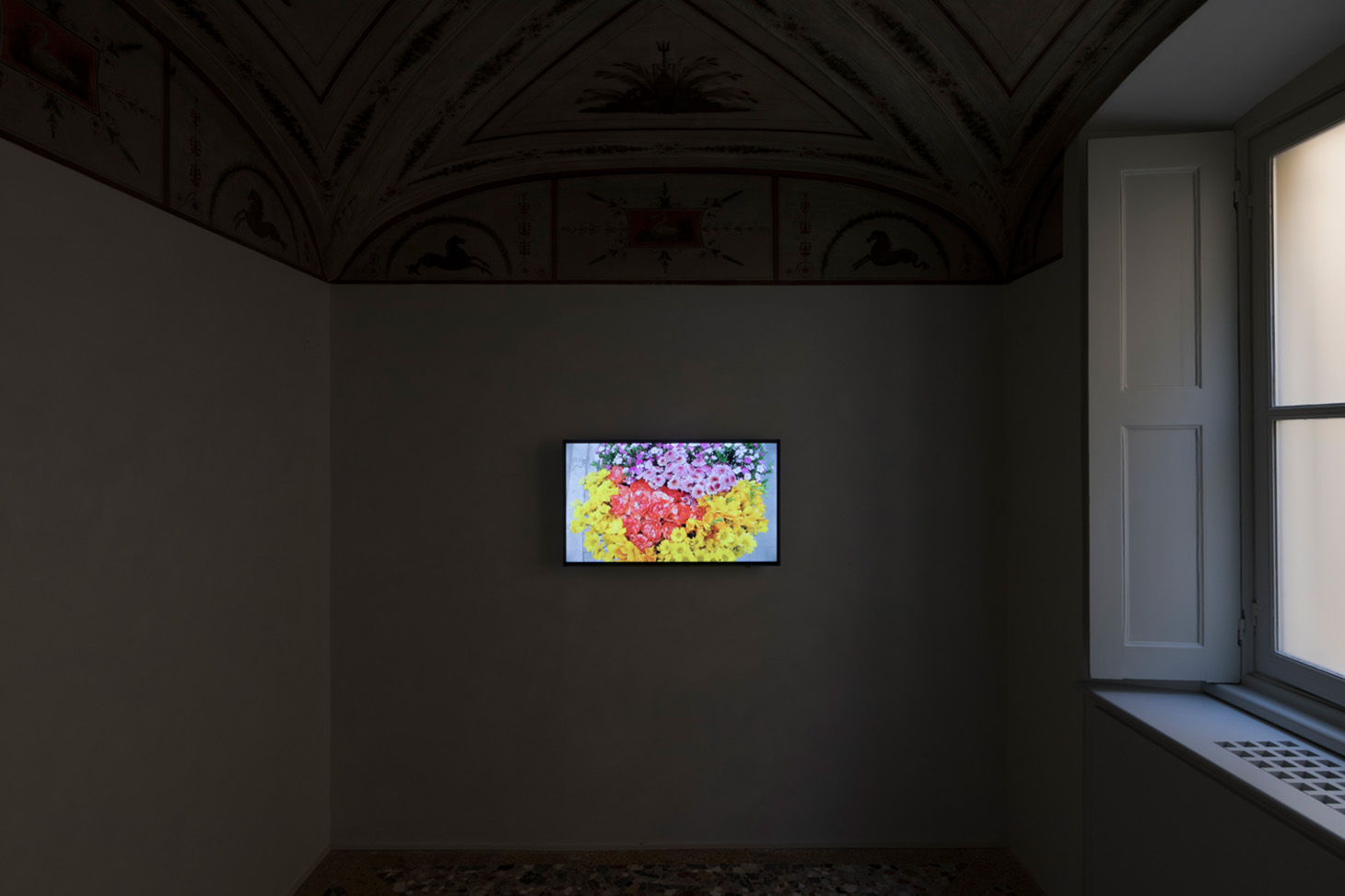 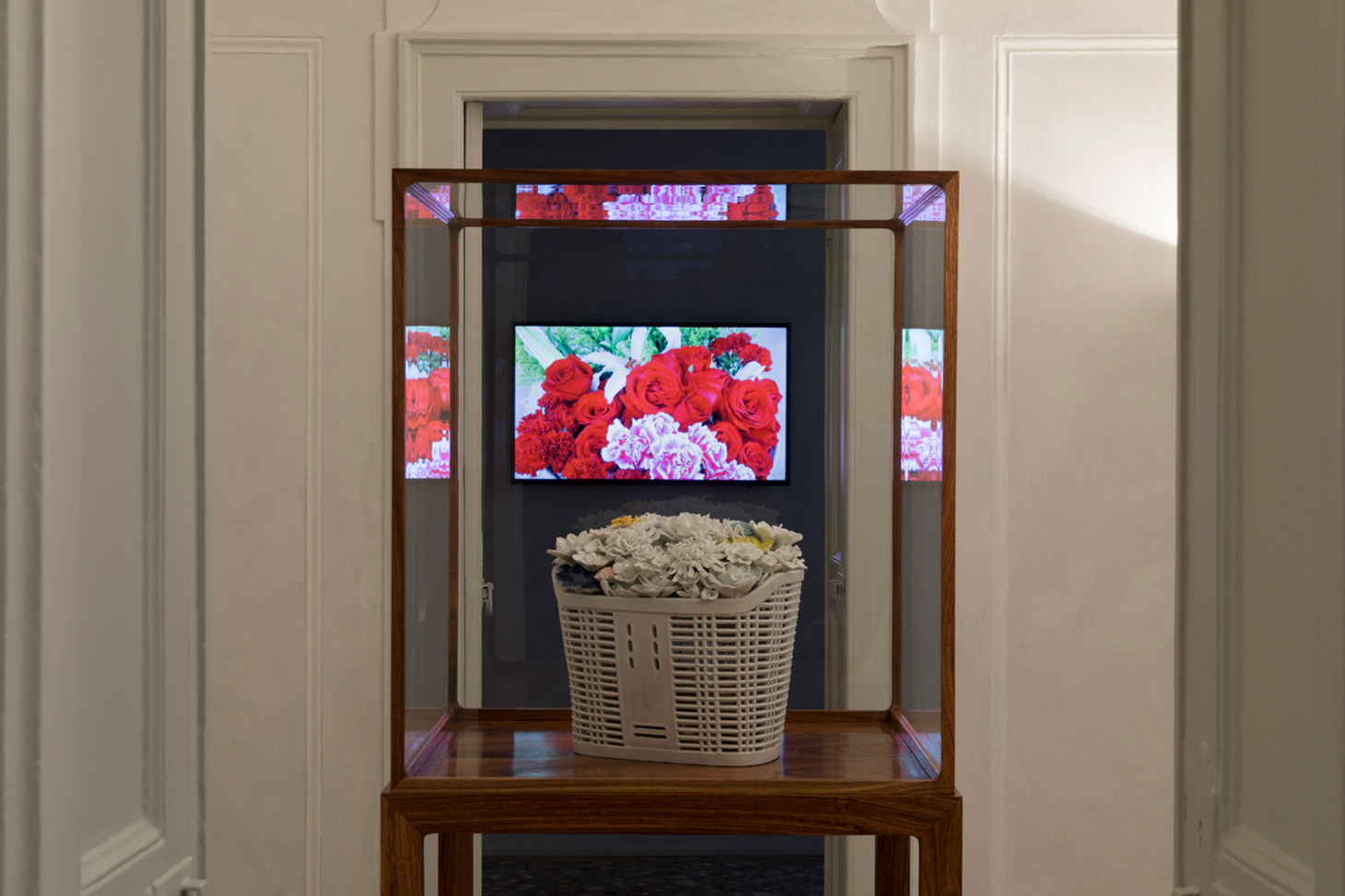 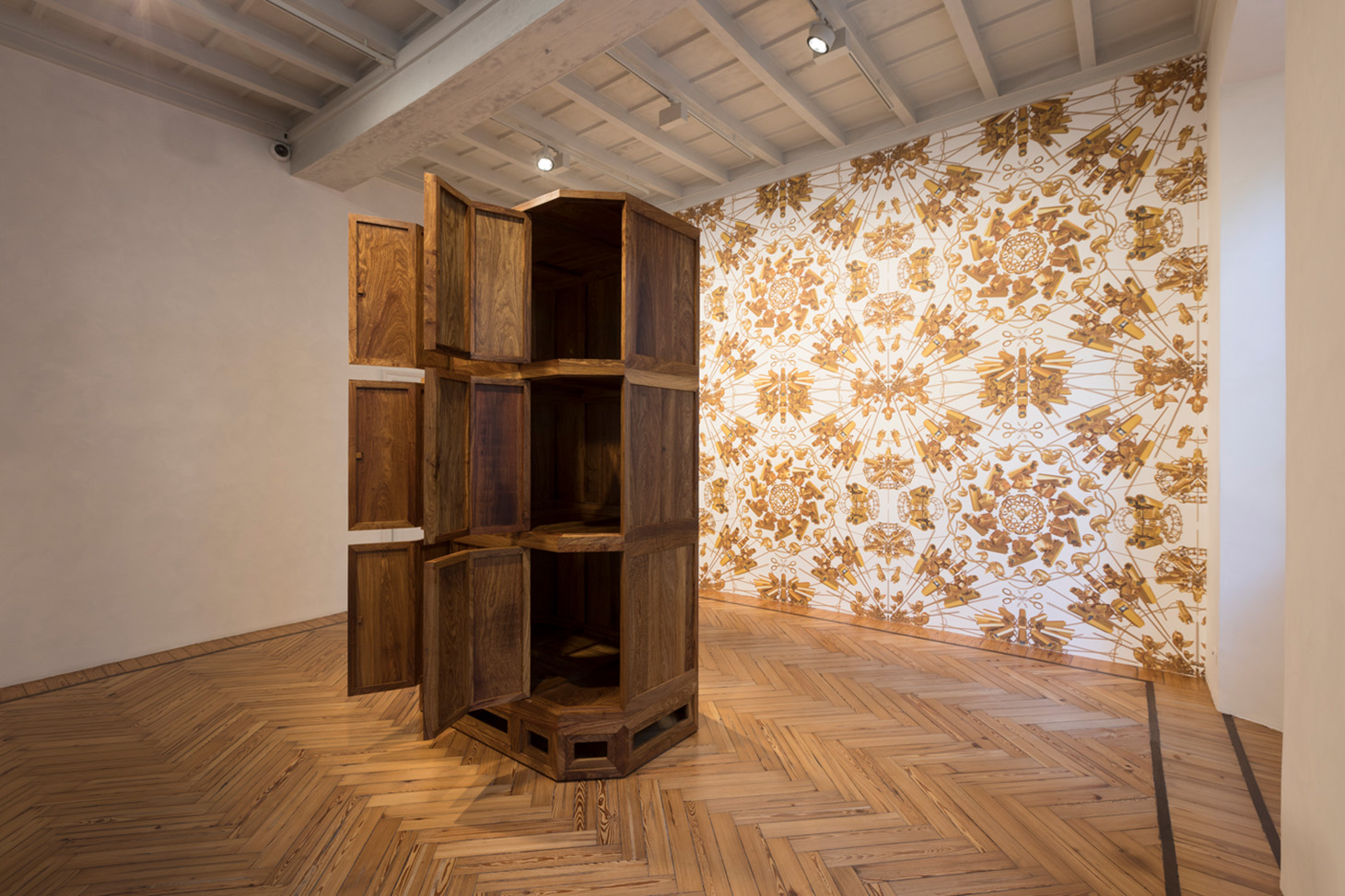 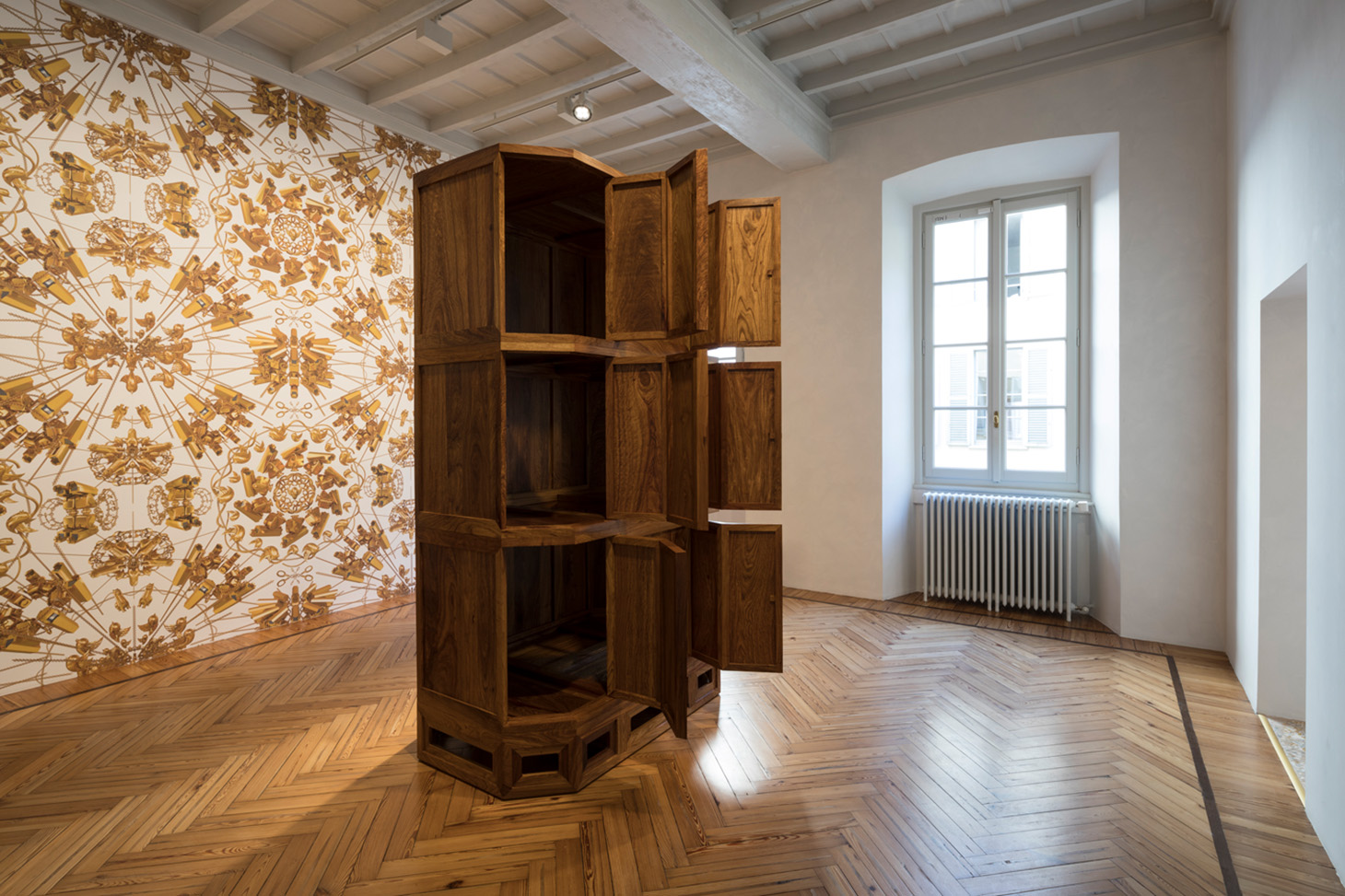 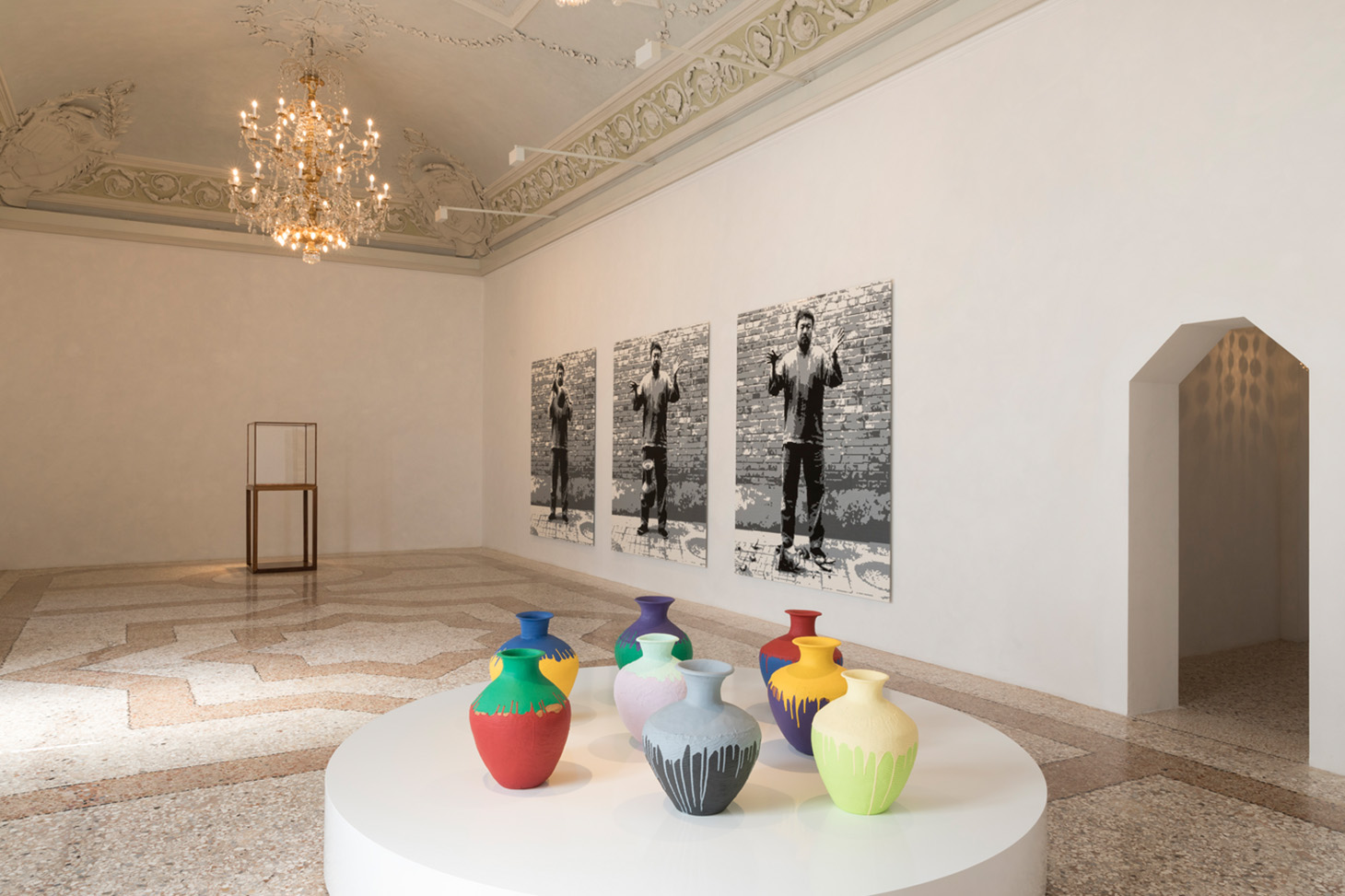 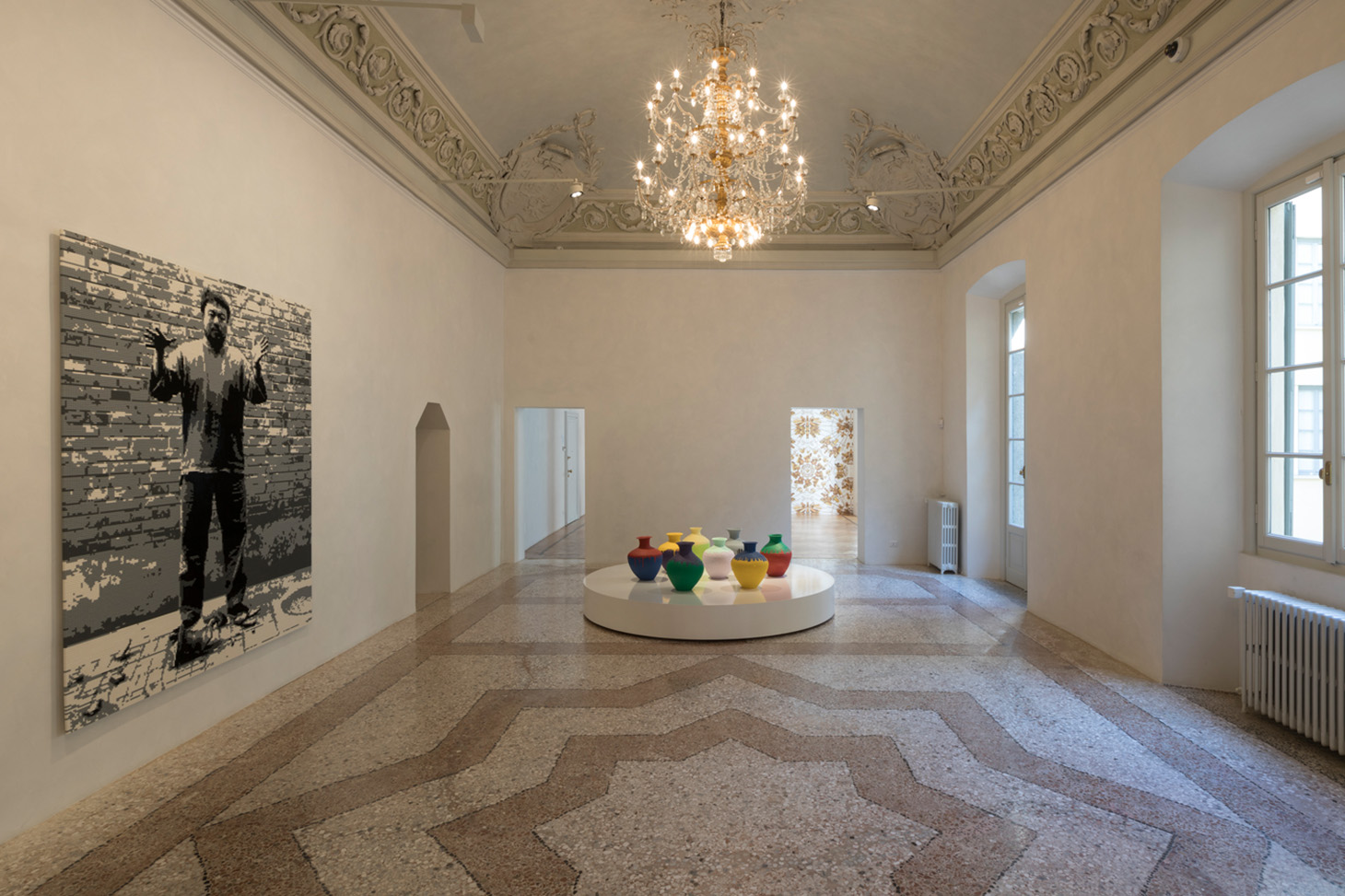 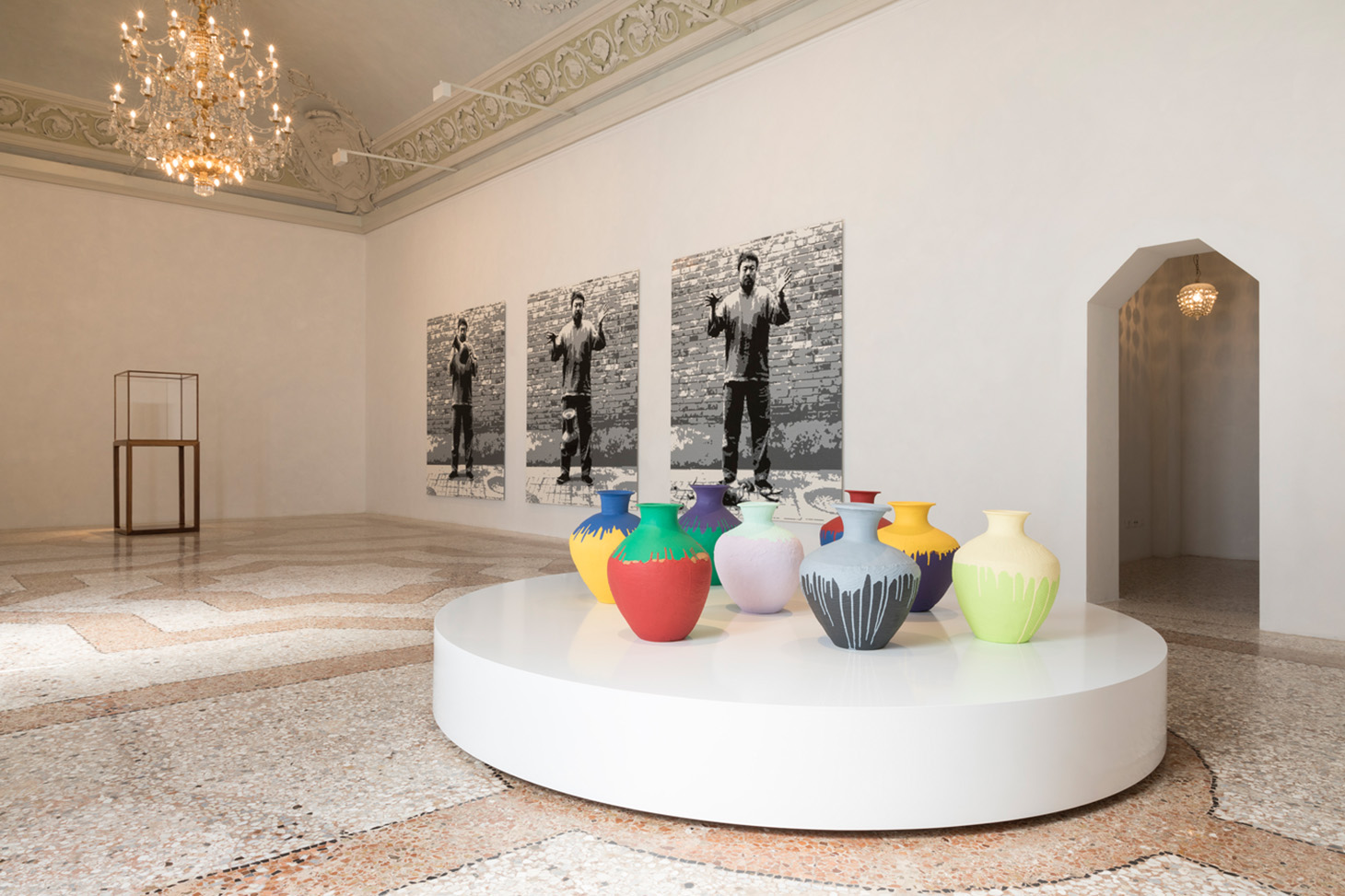 Massimo De Carlo is proud to present a solo exhibition by Ai Weiwei in its Milan gallery in Palazzo Belgioioso.

This is the second show of Ai Weiwei with Massimo De Carlo: the iconic Chinese artist, renowned for his radical work that challenges the political and the contemporary, will present on this occasion a series of sculptures and installations in the historically relevant context of the gallery’s space.

Upon entering the first room, the visitor is confronted with a large-scale sculpture, Garbage Container. The sleek yet daunting object, crafted in huali wood, resembles a wardrobe but in fact offers a tragic commentary on the life of impoverished children in China. Modeled after a garbage container, the work is a tribute to the five homeless children from Guizhou Province who died of carbon monoxide poisoning in 2012, after lighting a fire in a bin to stay warm.

Behind it, stretched on the antique walls of the gallery, is the intricate white and gold wallpaper The Animal That Looks Like a Llama But is Really an Alpaca. The work addresses censorship and free speech by featuring repeated images of surveillance cameras, the Twitter bird logo and an alpaca icon—which since 2009 has become a symbol for the fight for free speech in China.

In the second room, the artist challenges Chinese history and heritage through his pivotal and iconoclastic works Colored Vases and the iconic triptych Dropping a Han Dynasty Urn. In Colored Vases, the artist conceals the history of each ancient vase by dipping them in colourful buckets of industrial paint: the question of the authenticity of the vases mocks and dramatizes the intentional childlike sabotage of history, conveying the political message of the gesture. The same gesture becomes fierce and affirmative in the series of renowned black and white images Dropping a Han Dynasty Urn, produced here in LEGO bricks, where the artist is immortalized destroying an antique Han pot whilst staring stoically at the viewer.

In the smaller and more intimate room of the gallery is the most delicate yet strenuous and persistent trace of Ai Weiwei’s protest against the authorities: Bicycle Basket With Flowers in Porcelain immortalizes the 600 days that the artist arranged daily blooms in the bicycle basket outside his studio, protesting against the withholding of his passport by the authorities. This touching gesture is documented in the video 放鲜花直至恢复自由旅行的 权力, in the last room of the exhibition.